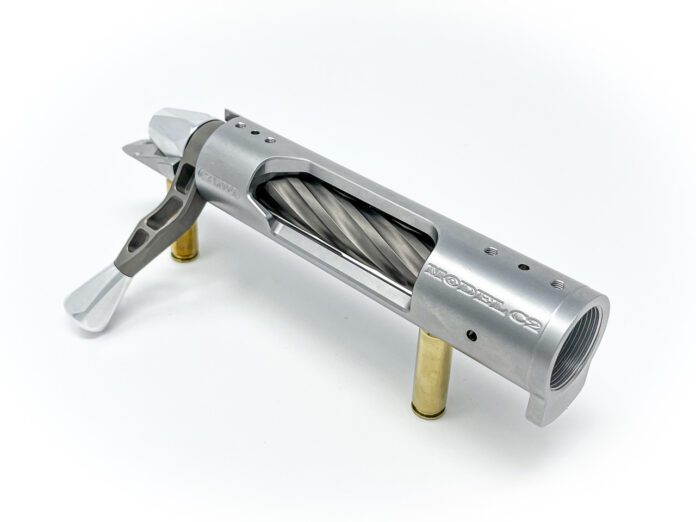 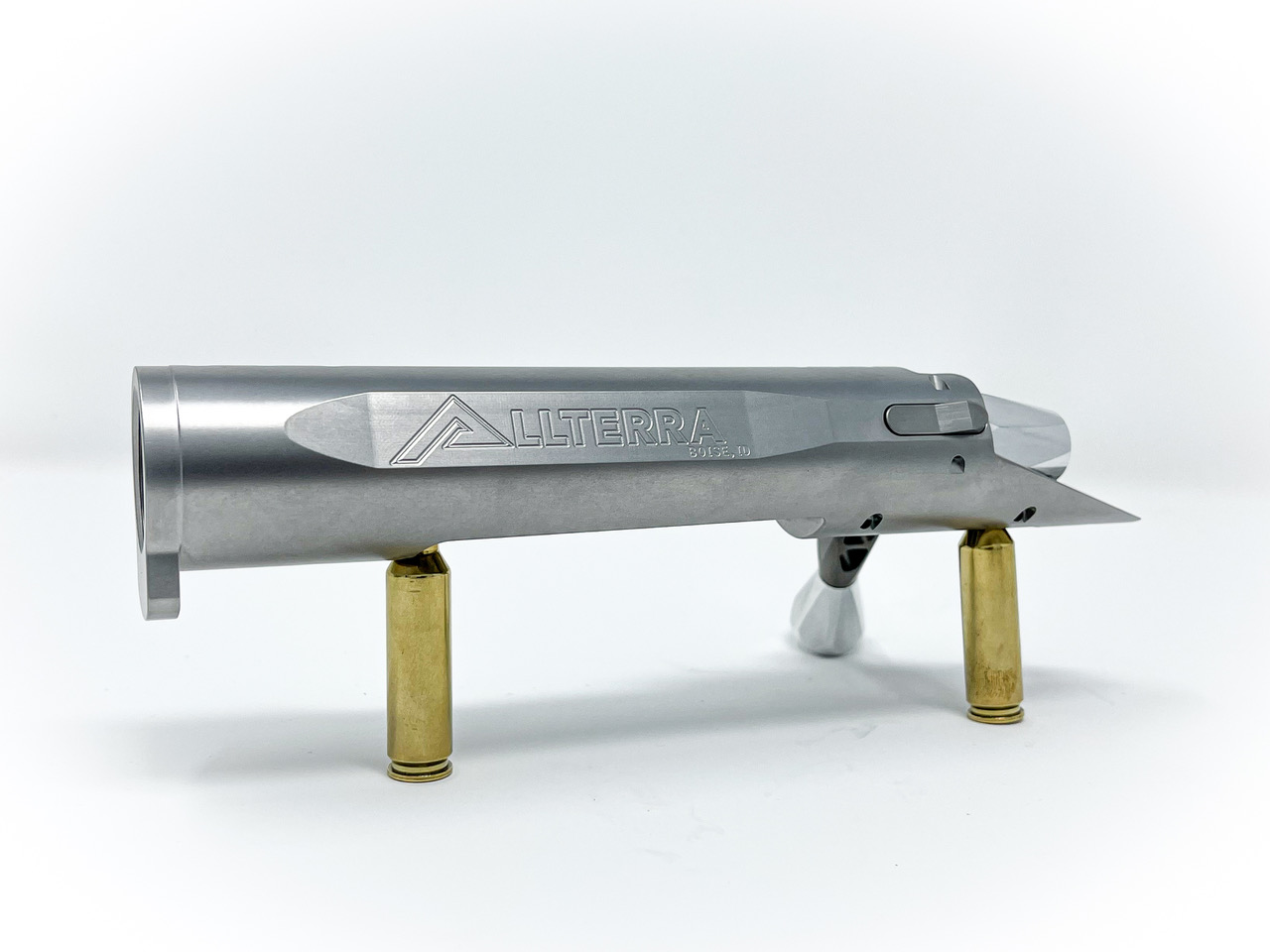 Building a custom hunting rifle and picking out the perfect combination for your dream build can be daunting with today’s choices, especially in actions. If you choose the custom action route, each manufacturer presents small differences that set their action apart. Most are built off of a Remington 700 footprint and offer a side bolt release, M16 style extractor, and dual plunger style ejectors. But features that typically set actions apart include weight, integrated pic rails or recoil lug, and bolt head design. Truth be told, there hasn’t been much innovation in design when it comes to actions, which is why the new Allterra C2 caught my eye. See it here.

While this is the first action Allterra has released for sale, they are not new to making actions. They have been making their own actions for the rifles they build for quite a while. For those of you that don’t know, Allterra rifles are unique for their stock and action design. They have looked at what a custom rifle is from a different angle bringing innovation to the market. 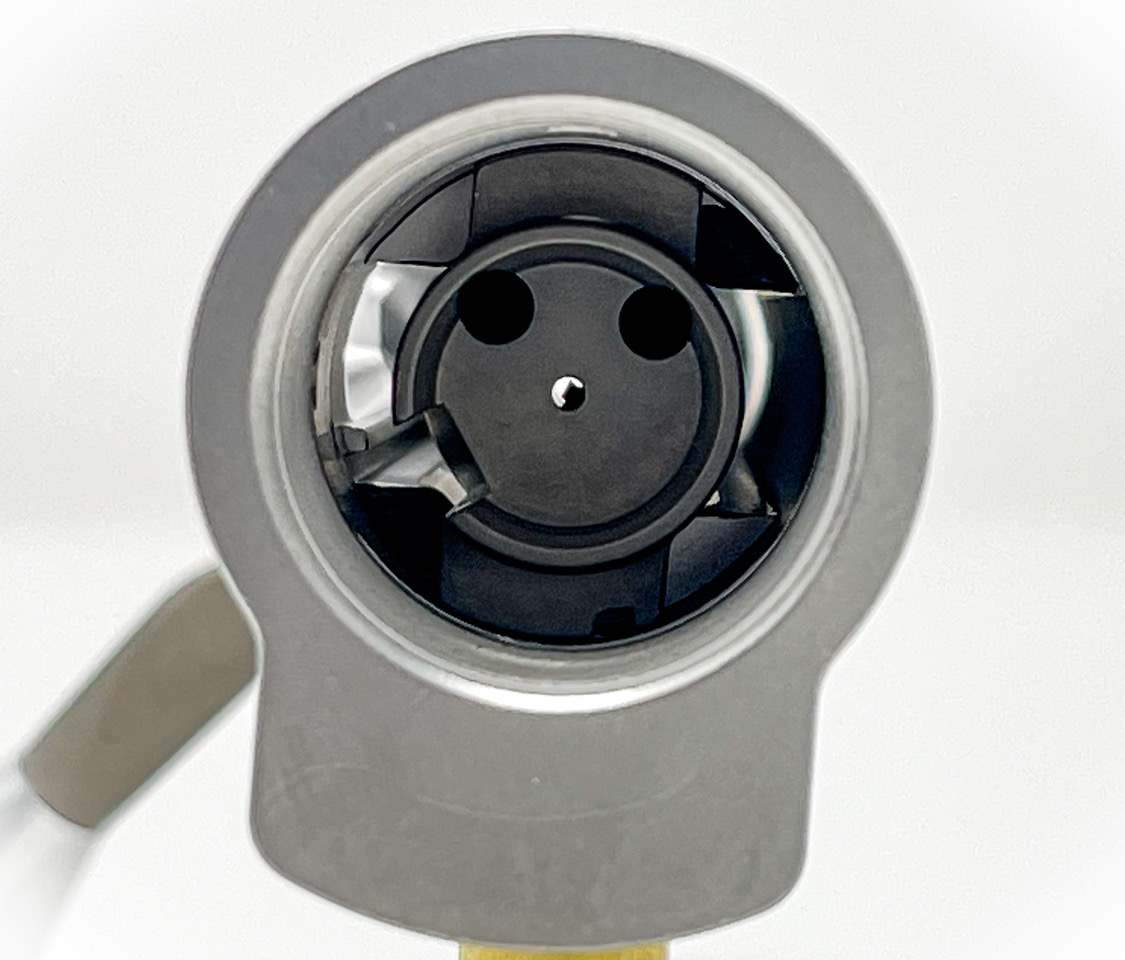 Based on their Convergence action (only offered on Allterra-built rifles), the Allterra C2 action offers the usual side-bolt release, M16 style extractor, dual plunger, and is built off of a 700 footprint.

What sets it apart the most from other actions is the patented elliptical raceway and unique conical bolt design. What this means is the bore of the action is oval-shaped, and when you are cycling a round in or out of the chamber, your bolt tolerances are very loose, much like a stock Remington 700 feels. However, once the bolt goes into battery, you are now under the tight tolerance you would expect from a custom action.

Why would we want loose tolerances?  For the hunter, this is useful on a hunting rifle where, dirt, sand, brush, or moisture seem to land in your action almost daily.  This design in the Allterra C2 will enable you to still cycle, sweeping away any debris inside of your action, and not ruining an opportunity at a shot (dangerous game hunters might take note, too). 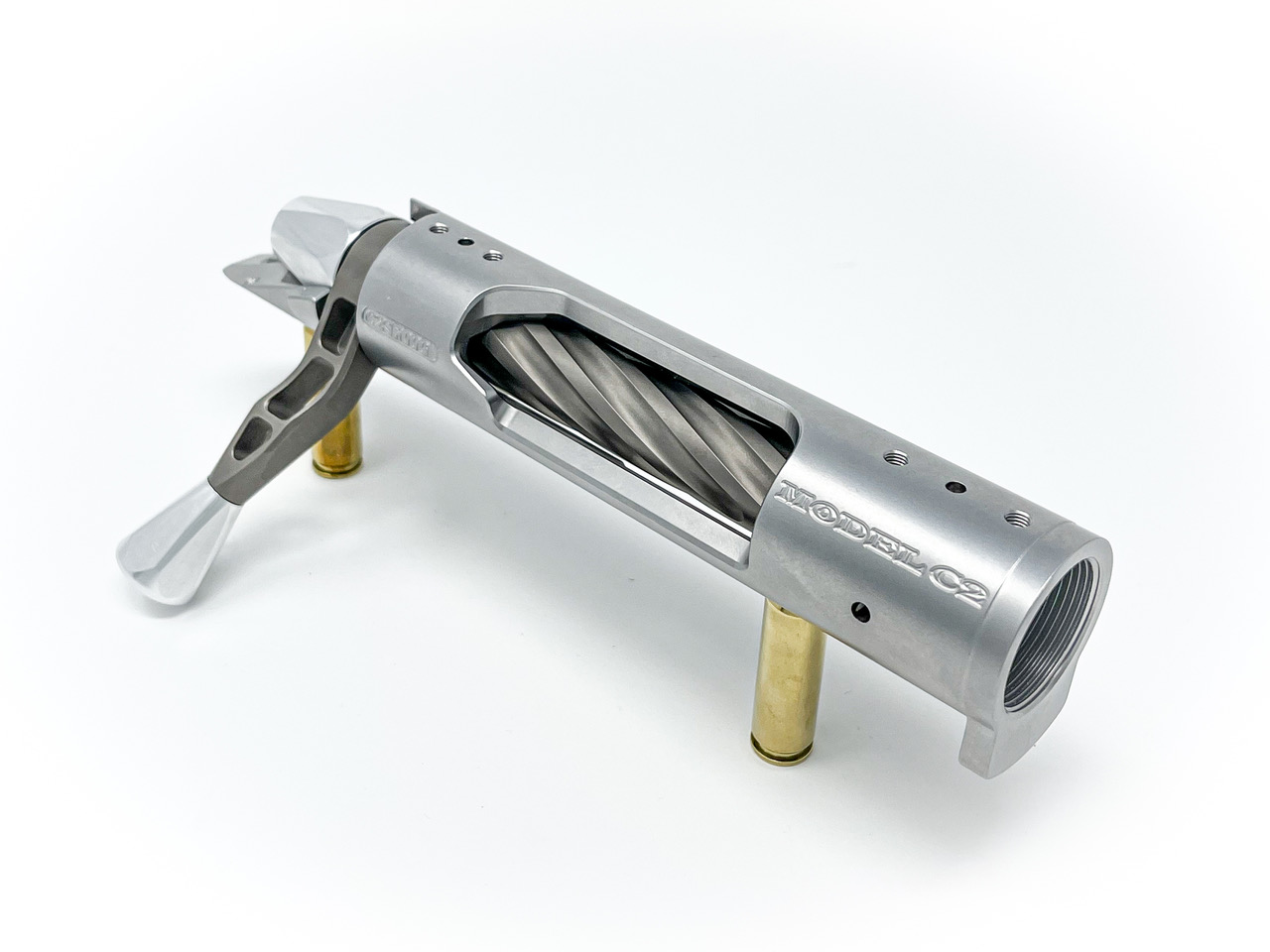 Also, the firing pin does not leave the pinhole like a lot of actions do. This creates a more consistent strike as the pin does not have to find the hole when firing.

The thread pitch for this action is not your normal 16, they decided to go with 11/16×20 to provide more surface contact and a tighter connection.

While the side bolt release looks like many actions, Allterra designed theirs where the pressure rests on the back of the receiver instead of the pin holding the bolt stop, nearly eliminating broken pins caused by slamming the bolt back. 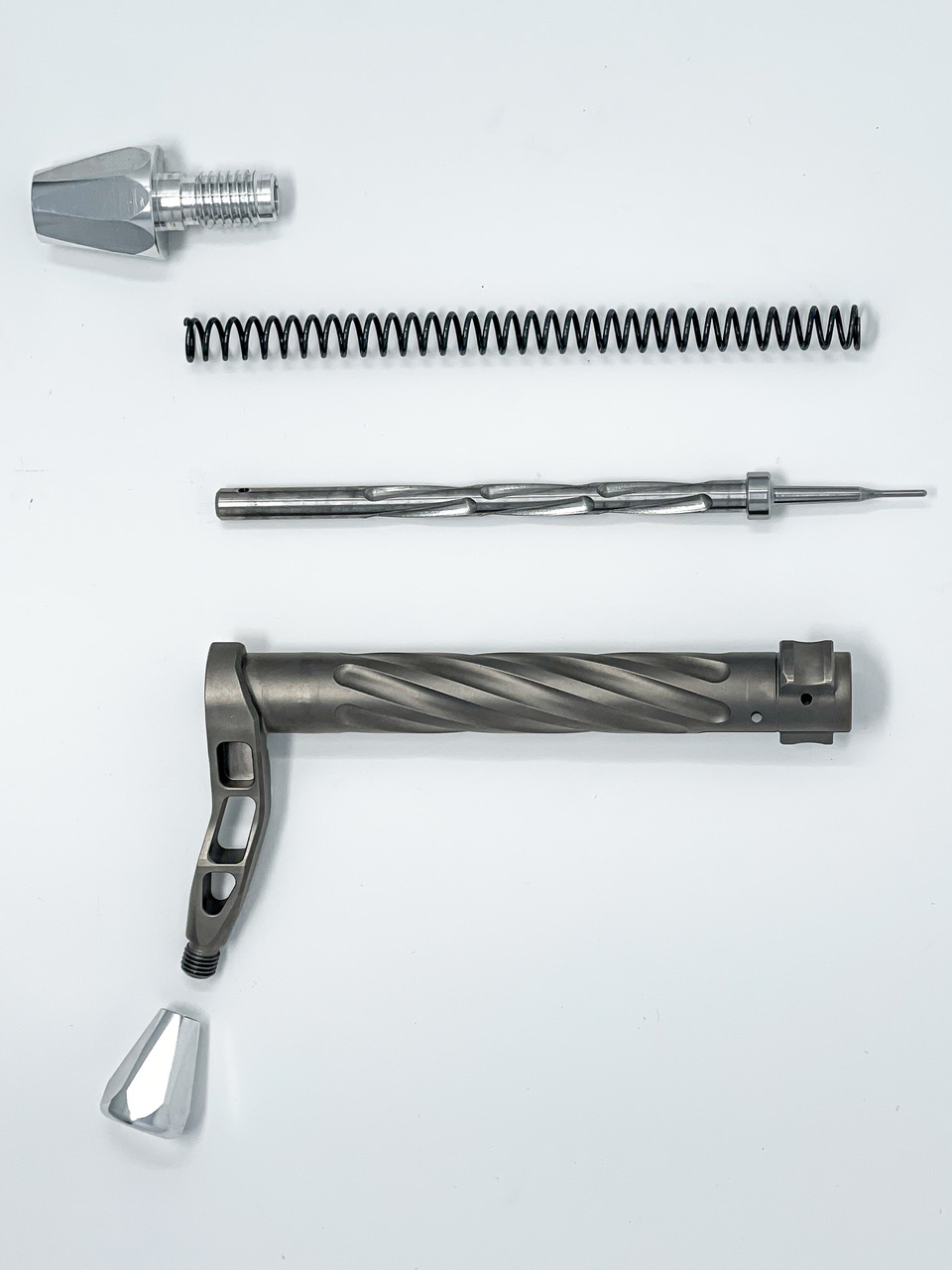 For this build, I had Travis Stevens from TS Customs do the gunsmithing. Besides a cool name, he has an amazing reputation for building extremely accurate rifles, making him one of the best in the business. Not only that, but he has quite a bit of experience with the awesome 6.5 PRC. 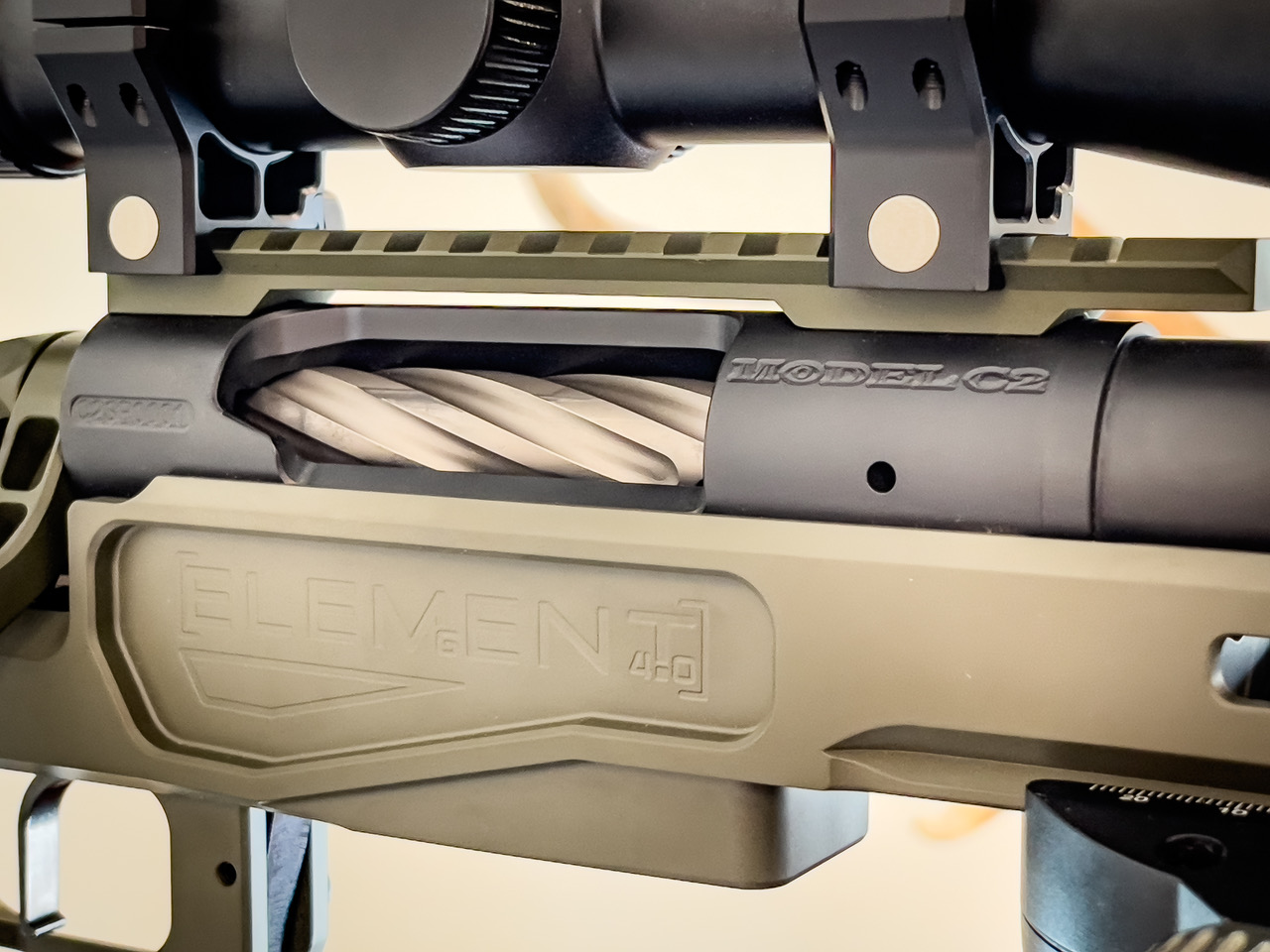 After receiving the rifle back from TS Customs, I sent it off to Stratton Custom Rifles. Stratton is very particular about actions and agreed to go through this one and let me know his thoughts and correct anything that needed attention. He goes through every action that comes through the shop, evaluating bolt lug contact, fire control system, and action bore perpendicularity to the face.

After going through the action, the bolt bore perpendicularity to the face was .0065, which is about the middle of the pack of all custom actions. Only one bolt lug was contacting, which he says is very common but not desirable, and he corrected it.

There was also some firing pin drag on the tip and a little wasted firing pin fall that he took advantage of. Tolerances on the shroud fitment were normal.

The C2 action is designed to have a little bit of cock on close like a Remington, meaning it gets the advantage of being easier to open the bolt but a little harder to close as opposed to some other actions that come timed to the trigger—closing smoothly but opening a little stiffer.

This does not affect the accuracy but is more of a personal preference for what design you prefer. He suggested that a lot of these findings are very common in all manufacturers, though not desirable, and just recommends you have your rifle built by a smith that will evaluate the action as a functioning system and correct anything that needs it.

He did not have anything negative to say about the action, and like myself, was excited about the innovation that went into the C2. 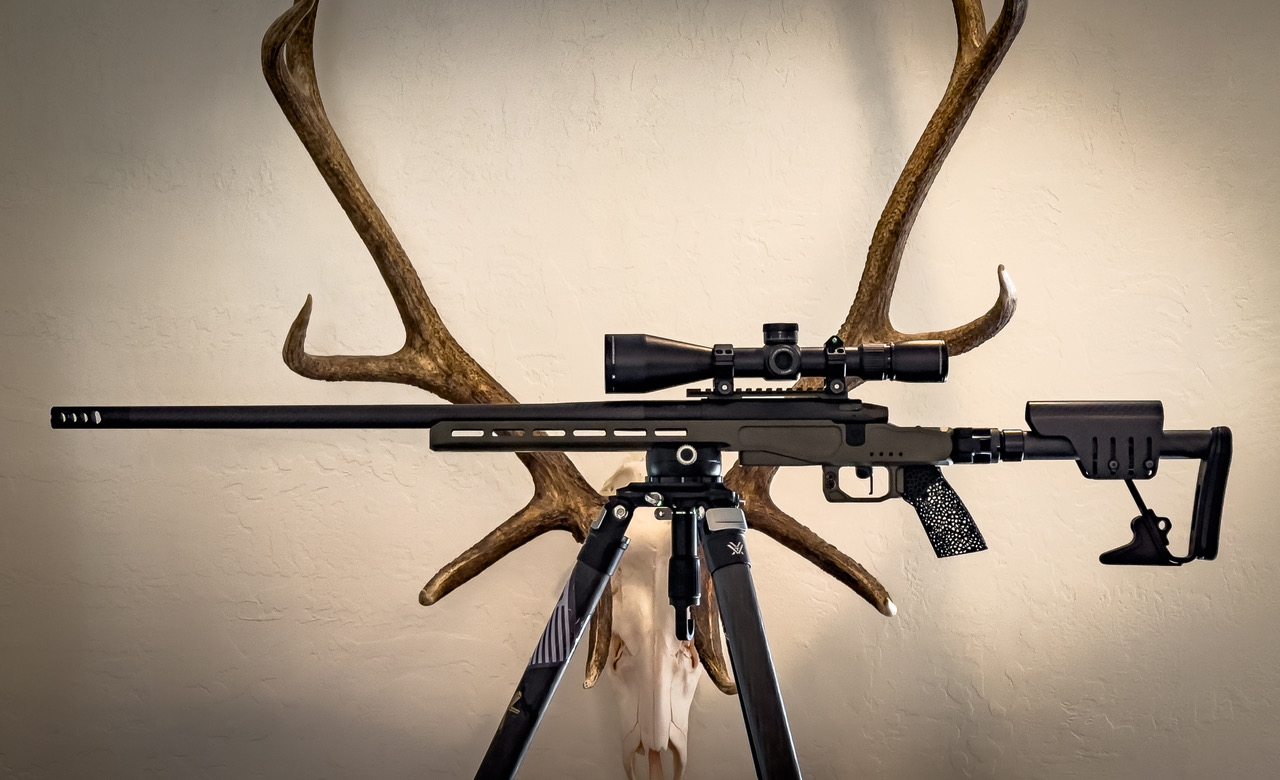 After running 125 rounds down the barrel to stabilize it, it was now time for what matters most to me: accuracy. After developing a load, I settled on N565 powder pushing the 147 Eld-M at 3050 FPS.  I am very happy with the accuracy of this rifle, so when my daughter wanted to shoot an NRL HUNTER match, I knew that this was the rifle to shoot.

She shot extremely well and wants this as her new deer rifle. She can want all she wants, but borrowing is as close as she’ll get!

Working up loads, it was consistently shooting under .5MOA and settled in on a load that shoots .3MOA. I think I can play around with it more to shoot even better, but obviously, I am very happy where it is at now.

I would suggest using an Allterra C2 action to get the features it offers for a hunting rifle: an accurate action that reliably feeds in all situations is a great thing.  I feel confident heading into the season, knowing my rifle will work in any condition it might be faced with. Start your build here. 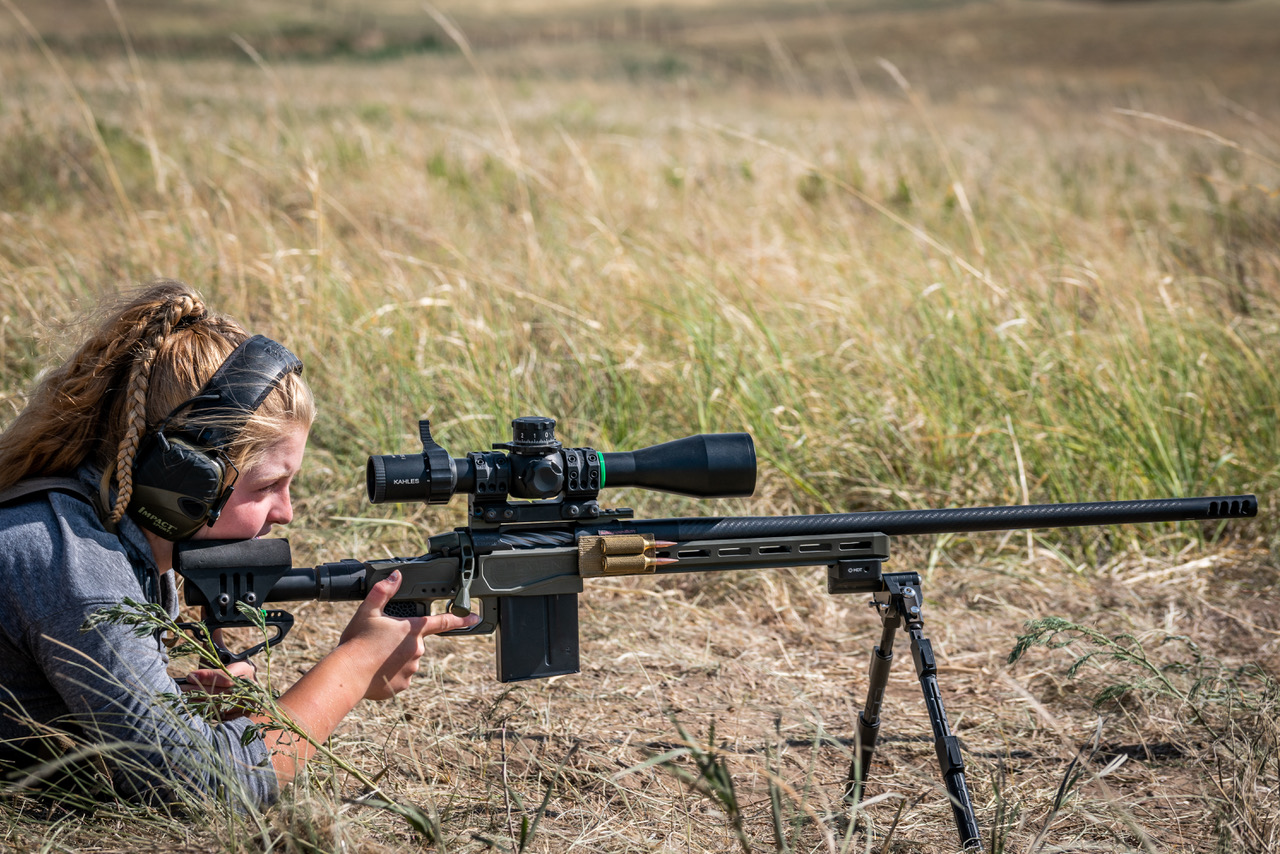 Comment on this review or ask Travis questions here.

Check out the rest of our firearm articles here.