With moose seasons soon poised to open across much of their North American range, I thought I would put up this hunt story from 2019 for those who might be interested. The hunting deities smiled on me with the drawing of a rare Eastern Ontario bull moose tag (any weapon) in 2019. In Ontario moose have been managed strangely (although the sytem is completely changing in 2021). In a nutshell, hunters must apply to a random draw in order to get a mature moose (bull tag, cow tag) tag. Once the tag is drawn, additional hunters can purchase a general moose tag (good for a calf moose only) and "party hunt" on the mature moose tag. Thus, it is not uncommon to have parties of 10 plus hunters hunting off the same mature moose tag. Another oddity is that in most areas buying a general moose tag allows you to shoot a calf - this is literally an over the counter tag in most regions. The entire system is getting revamped in 2021 to a preference point system and calf hunting is going to be largely eliminated - positive steps all for the most part.

Anyway, when the draw results came out on August 1 I had shockingly drawn a bull moose tag in a region literally minutes from my house. The odds of drawing this tag were around 5% due to the number of tags available and the hunting demand in an area that is only an hour's drive from Ottawa. I was elated, but there were two real challenges - 1) the season was only six days long (October 19 - 25) and due to my work commitments (high school teacher) I simply cannot get time off. I was going to be limited to full day hunts on the Saturday/Sunday and then racing up to the hunting area after work for the final few hours on Monday through Friday and 2) the hunt takes place about 7 - 14 days after the peak of the moose rut so bulls can be tough to locate.

None of this dampened my enthusiasm for what would be my first hunt for a mature moose. From the end of August (when I returned from my BC mountain goat hunt) till the middle of October I hiked over 200 km scouting. I employed my full arsenal of trail cams and generally worked my a$$ off to make the most of what I knew might be a "once in a lifetime" chance.

To give myself the best odds on the first weekend of the season, my plan was to backpack (accompanied by a friend who didn't have a tag, but wanted to come along) into a remote lake (ATV access only - my ATV is my two legs), establish a base camp, and then hunt the surrounding area I had scouted. In the event of a successful harvest I had two friends (one with an ATV and another with an Argo) on call who would assist with game recovery. In Ontario we have huge amounts of public land, but unlike in the U.S. most of it does not have a specific designation (e.g. wilderness). Thus our public lands have a lot of ATV/motorized access. The location I picked was the best to minimize motorized access.

On the Friday evening before the season my friend and I hiked 7 km by headlamp on the ATV trail into the lake and established base camp. My hope was that no one else would be around and indeed we did not see any other hunters (or anyone else period) in the area for the entire weekend.

My plan was to call along the shore of the lake for the first few hours to hopefully catch a cruising bull looking for a final estrous cow. Plan B was to cruise to several "high percentage" spots I had identified, call, and hope for the best. Moose sign was in clear evidence and there was no doubt bulls had been using the area during the rut. I was simply hoping at least one had stuck around. 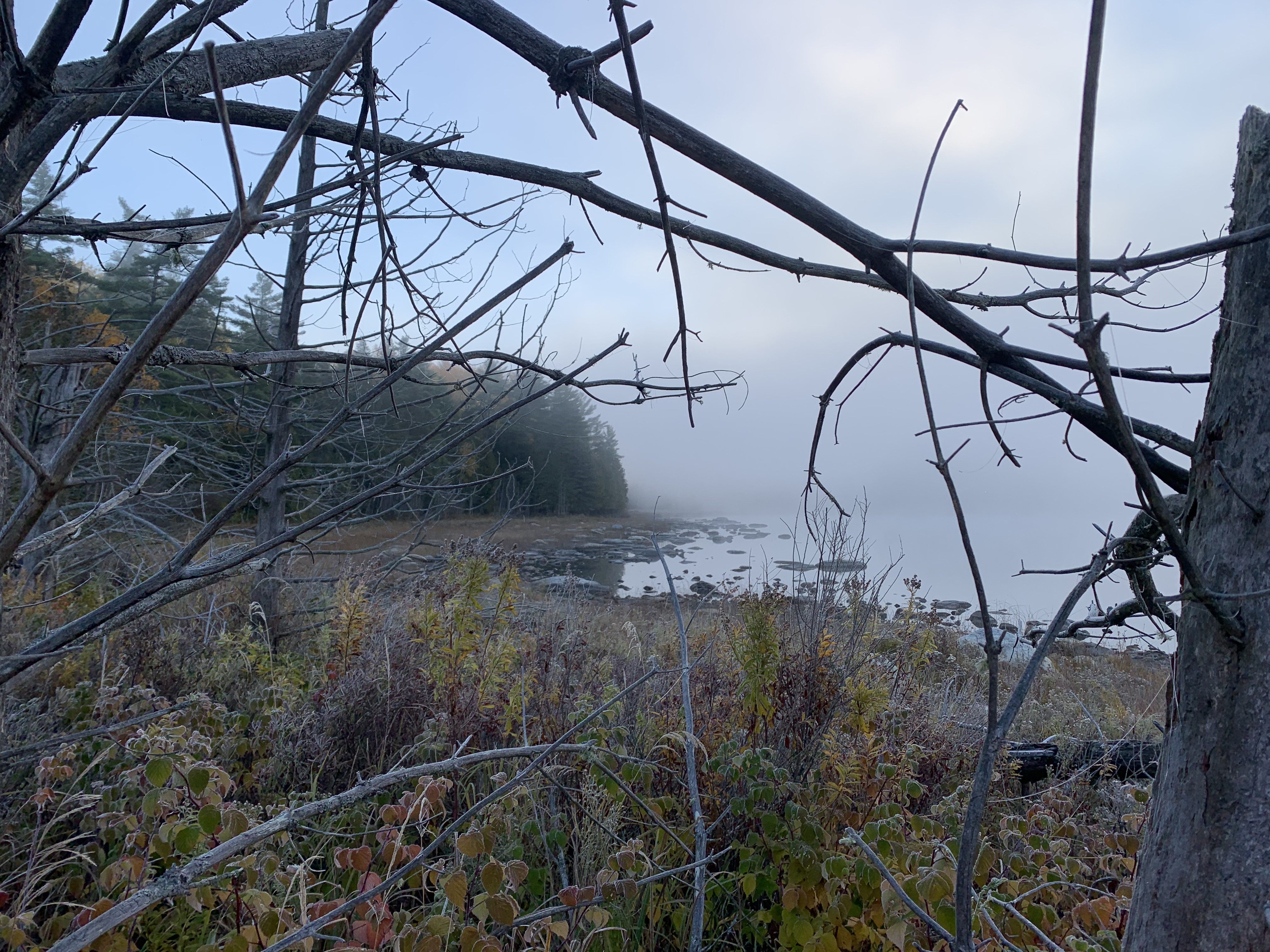 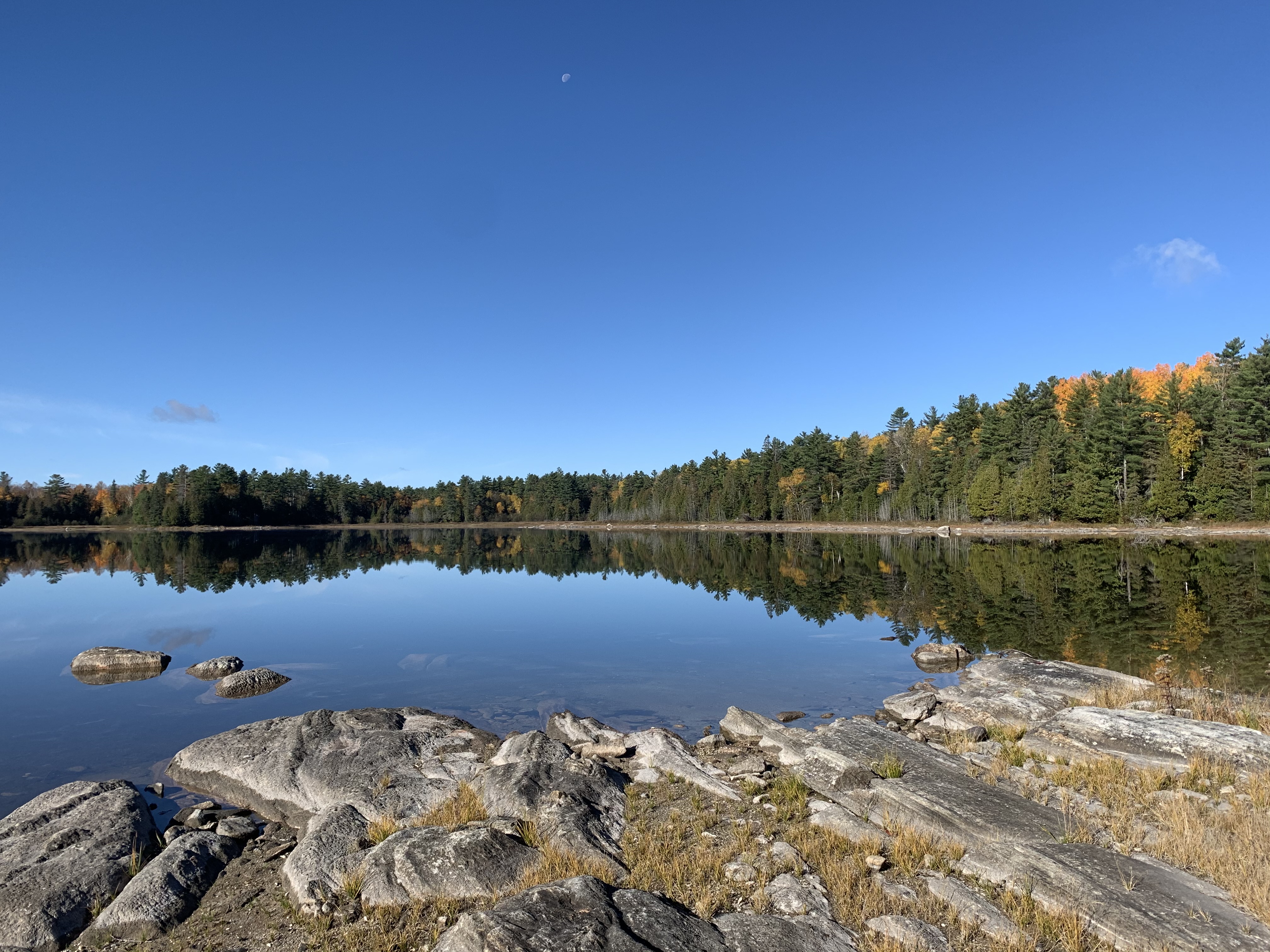 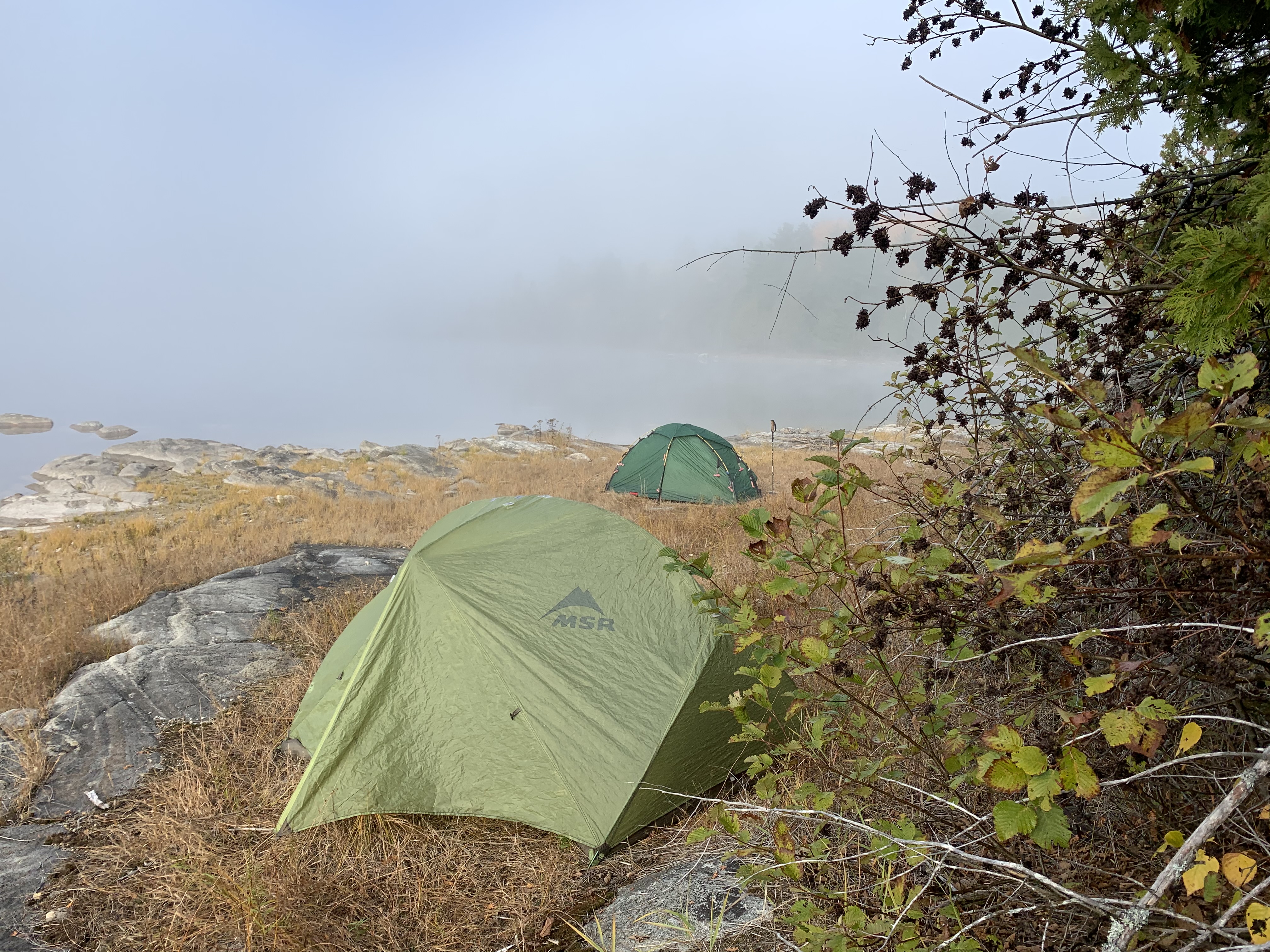 We then embarked on a tour of my potential "hot spots", including a small lake/swamp I had nicknamed "Bull Run" in a nod to both the amount of bull sign there and my keen interest in military history. Unfortunately, despite strong sign, we struck out. That night at camp we enjoyed a camp fire, Canadian whisky, and two howling wolf/coyote packs. 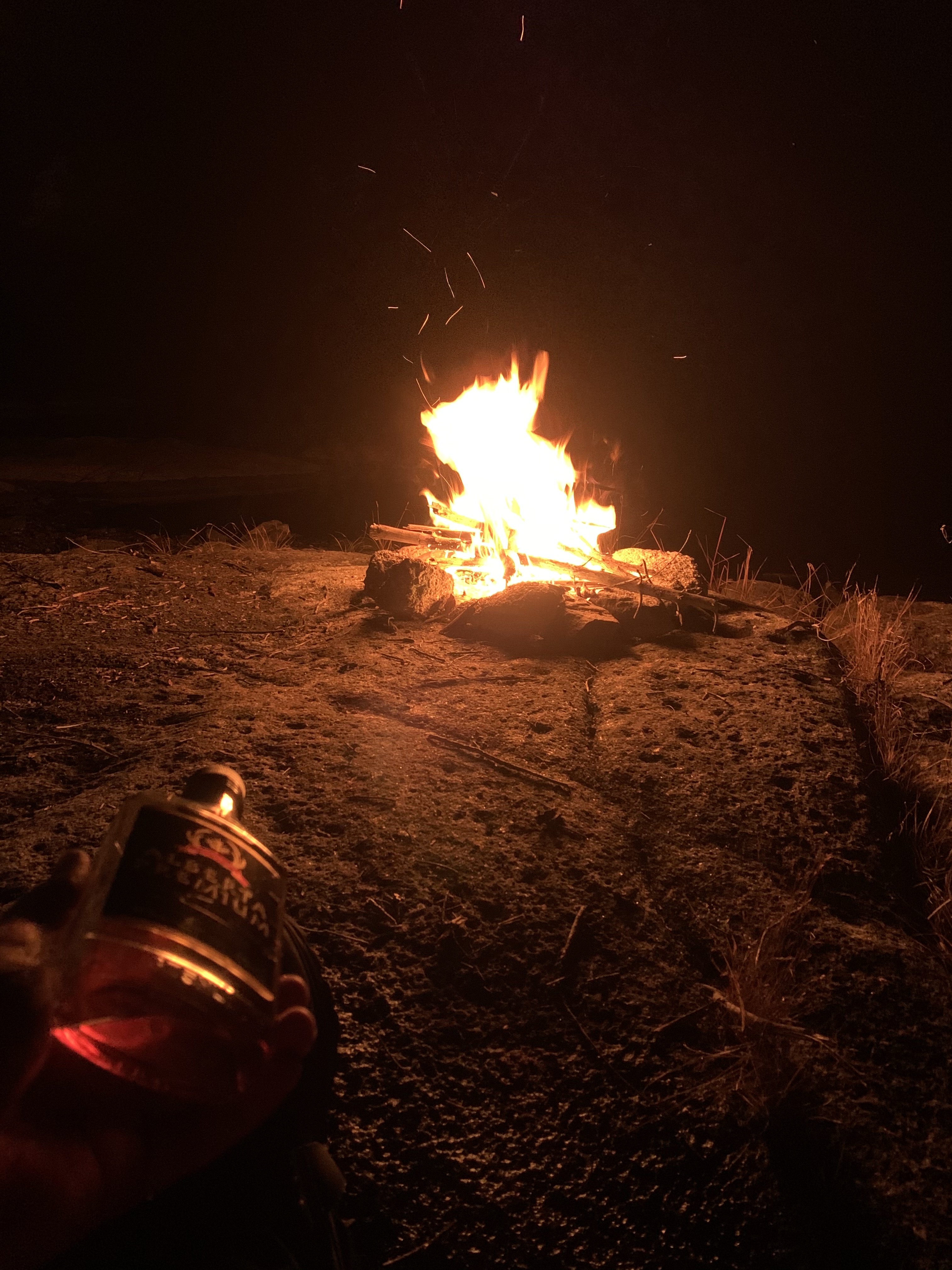 The morning of Day Two was equally spectacular - and equally unproductive from a moose sighting perspective. 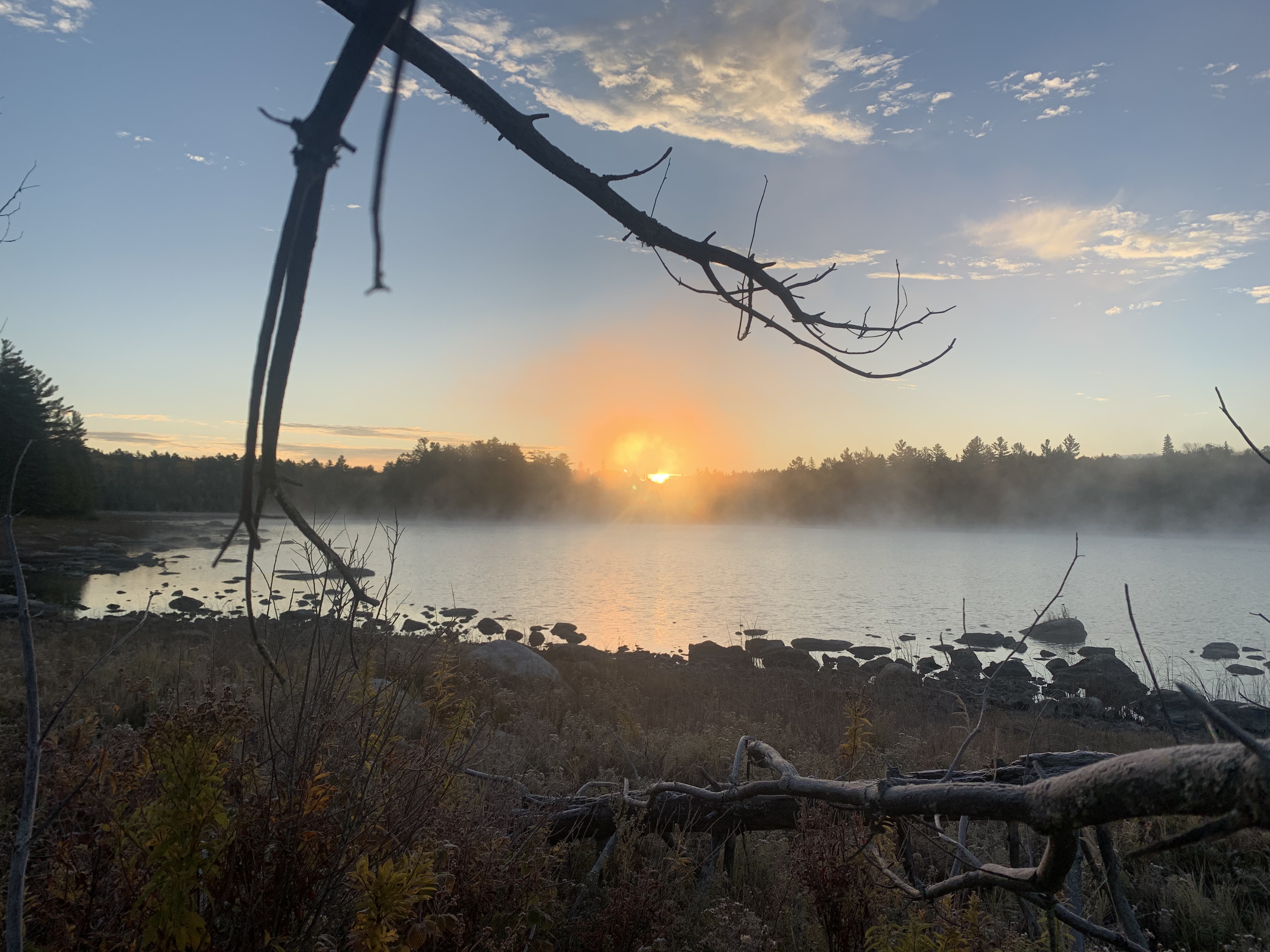 We packed up camp and slowly hunted our way back to the truck. We picked up fresh tracks of a cow and calf crossing the ATV trail less than 2 km from the truck and met a group of hunters who had a calf tag.

From Monday to Friday I hunted the late afternoon/evening as hard as I could. Unfortunately I was limited to areas within 1 - 2 km of the main road as I simply didn't have time to get in deeper during shooting light. There was some other hunting pressure in this area, but none of the hunters I met had a bull tag. One group had seen a small spike bull a few kilometers away so I lived in hope he had moved my way. I hiked, called, sat, and prayed for the best. Alas, it was not to be. The closest I came to seeing a live moose was finding the gut pile of what I believe to have been the calf whose track we cut on the weekend.

Despite not filling my tag, it was an awesome experience. As many have said previously, filling the tag is often the least important part of the experience. I've got my fingers crossed for another moose tag in the not to distant future hopefully ... 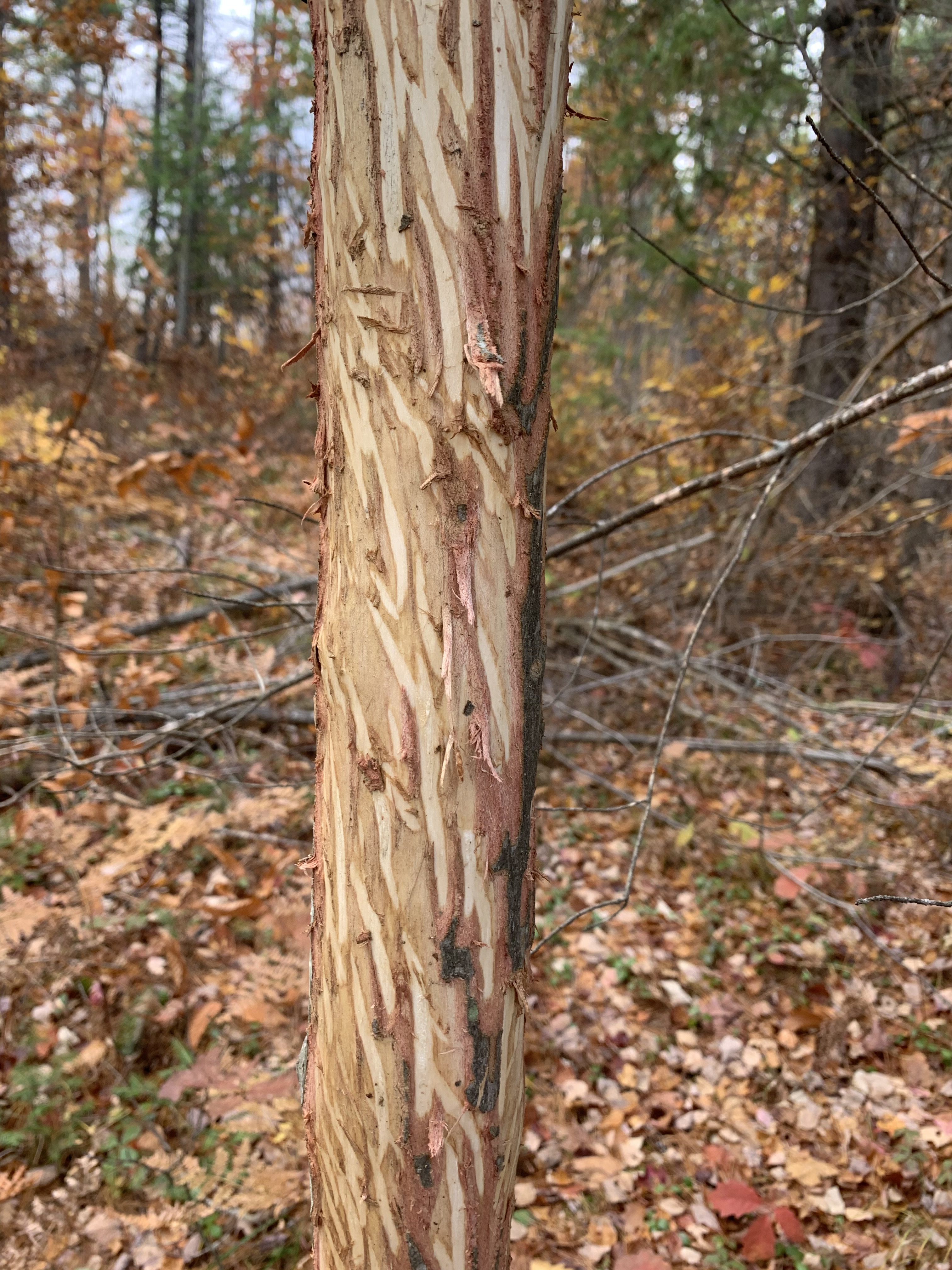 In mid December I hiked back into "Bull Run" to pull the final few trail cameras. I had this bull on camera originally in late September so I knew he was around. Turns out he had posed to perfection during the peak rut here. I knew he (and a few others) were around based on the volume of rut sign left - but I simply couldn't track him (or another bull) down in the limited time I had. If I had the full six days to hunt I would have liked my chances - but that's that way it goes. Thanks for reading. 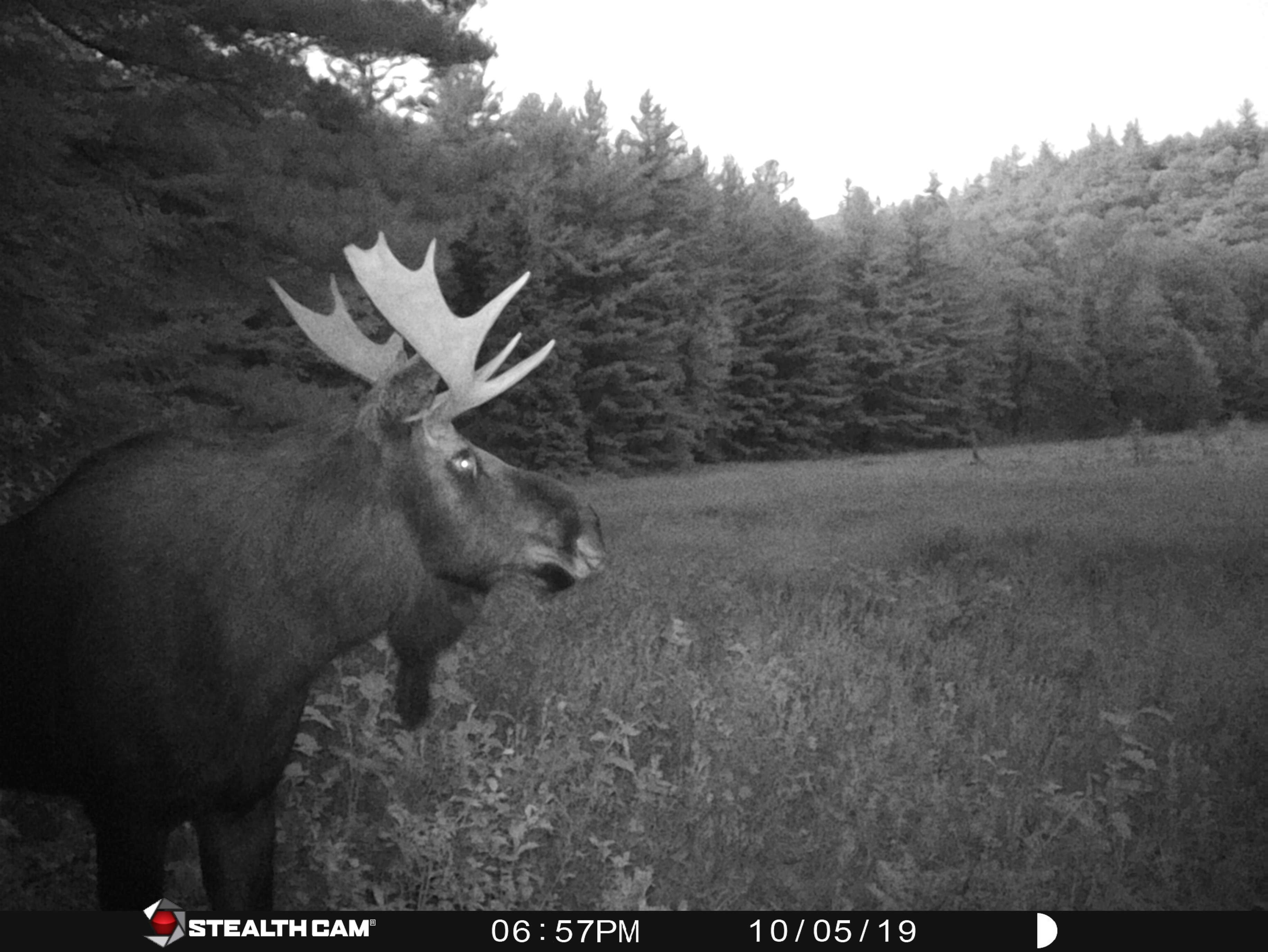 Great story and making the best of the schedule. Sorry you got skunked, but it still looks like gorgeous country!
K

Great story!
You must log in or register to reply here.

I
Once in a lifetime Idaho Bull Moose unit 2