I can't really compete with the awesome 2020 mountain goats already posted here but this is my story. My hunting buddy has drawn and filled both mountain goat and big horn sheep and I was lucky enough to accompany him on both trips, alpine hunting is pretty special. I was quite pleasantly surprised to draw but it didn't feel real until I had a scouting trip under my belt and then the excitement set in.

I arrived at the trailhead a few days after the opening date and had budgeted 10 days in one trip and 4-day weekends until the season ended to fill my tag. It had snowed a few days earlier and I was snowing when I hit the trail. I had cold camped in the snow as a young Boy Scout but not since and all my gear is pretty lightweight, archery elk type gear so I was a little apprehensive about how it would perform, however I had enough insulation to sleep in if necessary and the weather forecast was for much warmer, sunnier days. 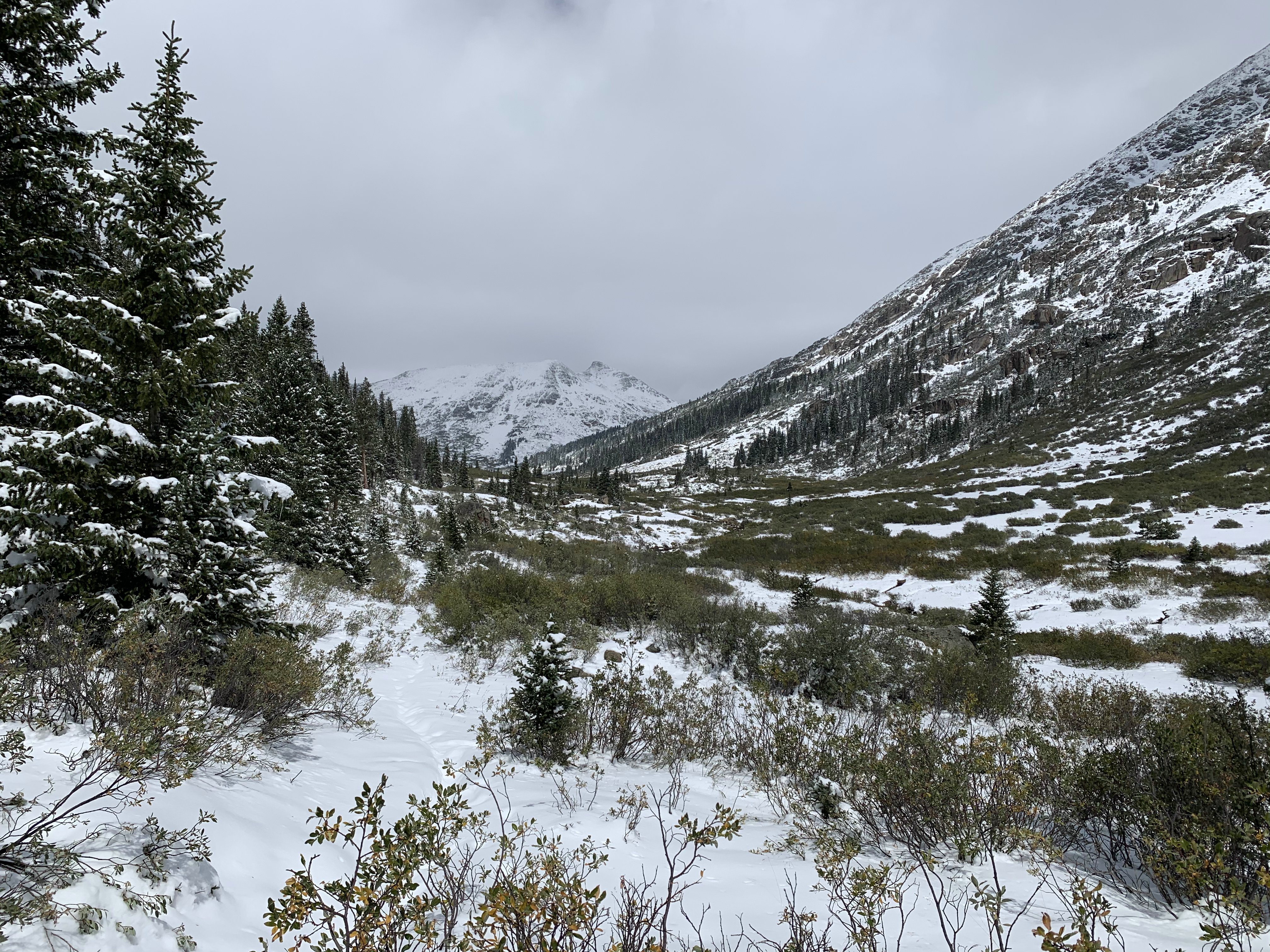 Accumulation probably averaged 8"-12", hip deep in some places, trace amounts in others. I warmed up nicely but the slopes were still mostly snow covered and the sun turned the snow into wet concrete. We saw a nice ram on the 2nd day, a heavy 3/4 broom on one side and 7/8 on the other - zoom in, he's there. 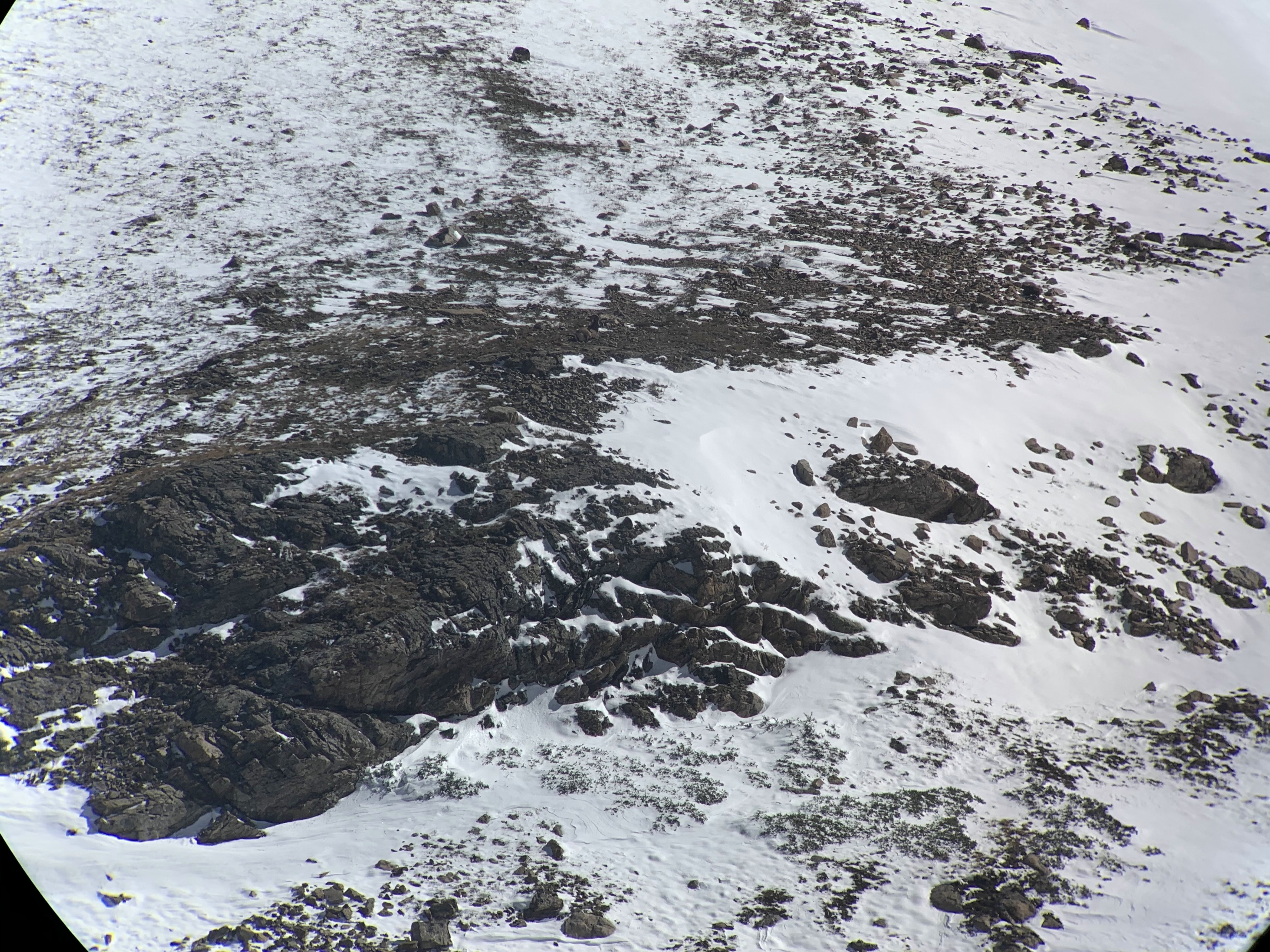 We watched a big herd of rutting elk from the head of another drainage on the 3rd day, this was the place I had planned on spending most of my time. It is difficult not to spend too much time looking at awesome animals even though I wasn't there to hunt them. On to the snow... despite many hours each day behind glass, we hadn't spotted any goats yet and I was a little nervous about being able to spot a white animal against the white background. We formulated a plan for the afternoon and descended into the drainage to find a place to camp and glass.

We had a camp location in mind but on our way down we found another that looked flat and promising so we decided to investigate. While we were looking around my buddy gets my attention and points straight away at a billy that was loping off, in no big hurry away from us, I set up on some rocks and sent one his way. I saw the impact but not his reaction, my buddy saw him go stiff and tumble behind some boulders. 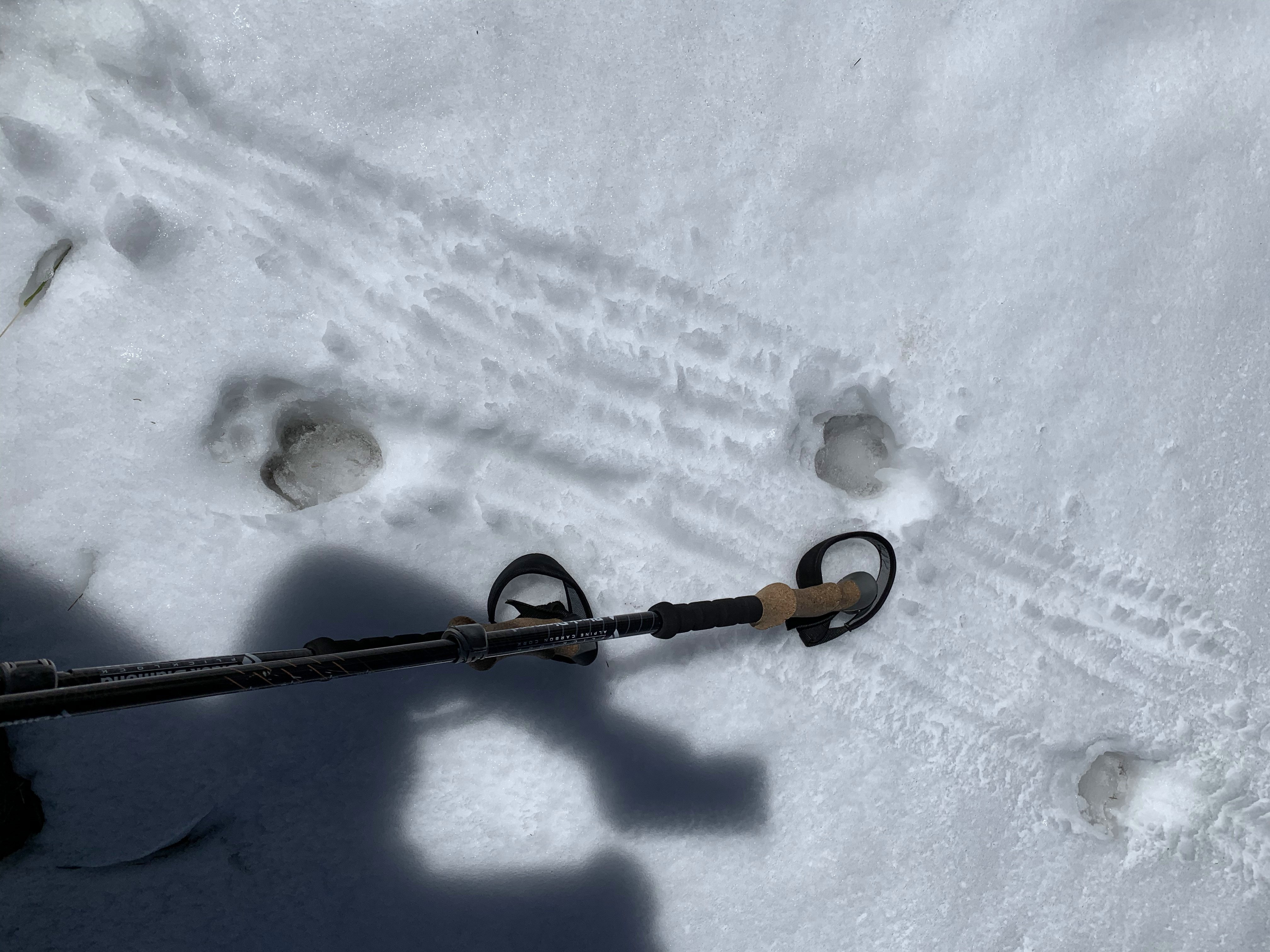 After half an hour we went to find him and make sure he was down. Neck shot at 140 yards, not at all what I was expecting for a hunt but I couldn't have been happier. 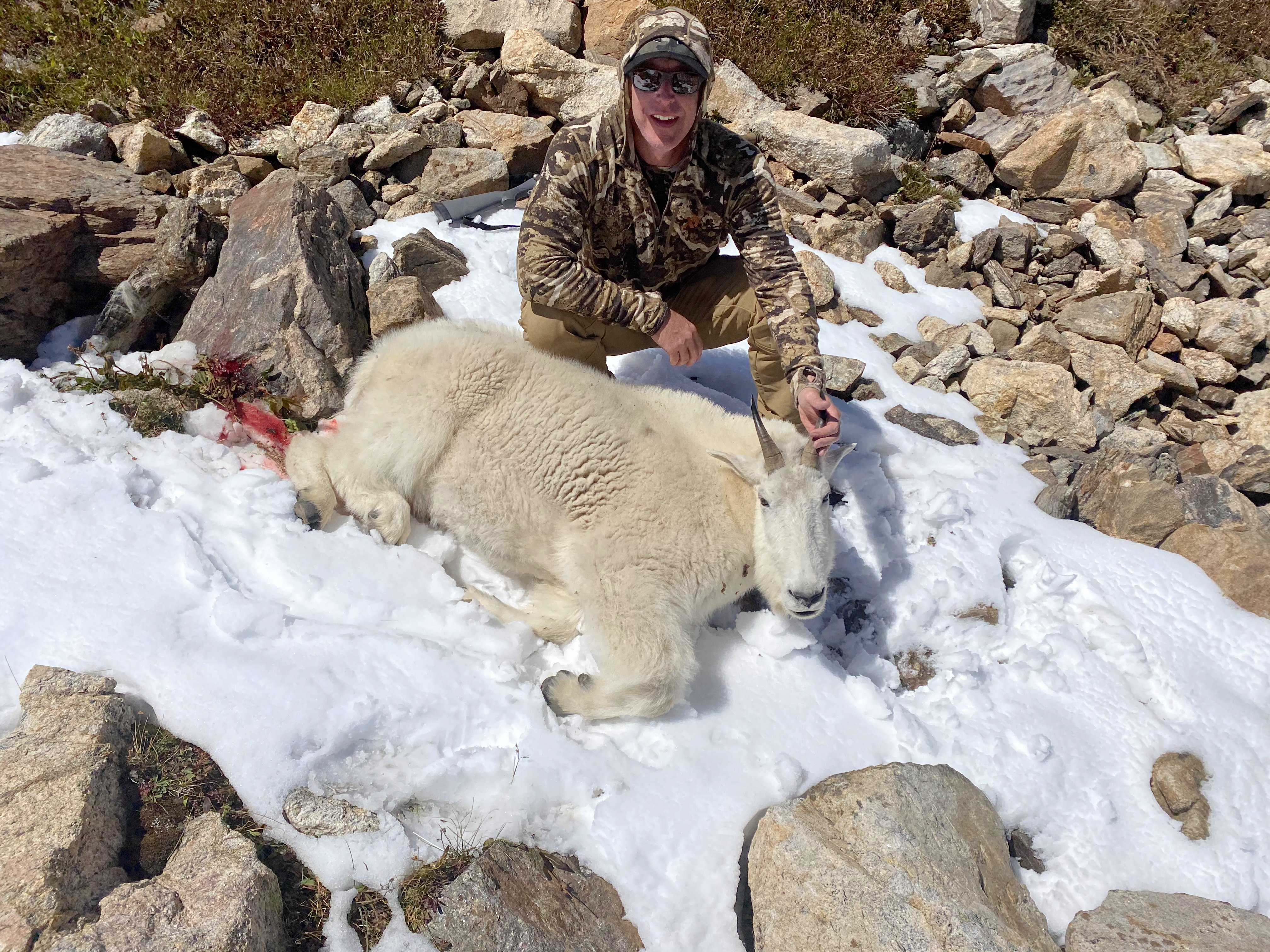 Very nice! That’s my dream hunt here in Colorado.
A

Doesn’t matter if it compares. That is a feat and congrats on this!
S

Every goat is a special trophy, well done!

More often than not, I end up in the animals in a different way than how I had planned! Good job and thanks for sharing.

Nice work! Am I the only person who noticed the ram in the picture is upside down! I think that is why it took me so long to find him.

rclouse79 said:
Nice work! Am I the only person who noticed the ram in the picture is upside down! I think that is why it took me so long to find him.
Click to expand...

Hahaha, I will fix it

That’s killer! Always pays to be prepared at altitude.

Congrats!
You must log in or register to reply here.

Thoughts on this Mountain Goat