Most of the time I come to my own conclusions on what I see from deer behavior. But one thing that still perplexes me is what deer actually see. What everyone regurgitates from tv, is not what I’ve observed time and time again. One year during antlerless season, I was out hunting does and post scouting. I glassed two sets of does roughly 300 yards away. Not one doe knew what was going on. I glassed one more time, and a large buck popped out of a hedge next to the does and just started staring at me. I couldn’t believe it. He didn’t look around or feed like the does, but just stared at me.

Another example from last year, I was glassing on a ridge watching bucks cross a CRP field during prerut. One morning I finally saw a big boy show up. While I was glassing, a young doe popped up next to me 20 yards away. She kept feeding next to me. I glassed and ranged the buck at 400 plus yards. He literally locked on the doe next to me. When she finally moved down off the ridge, he met her on the low ground.

So they have to see more than people give them credit for. I’m talking about veteran bucks. Older or from high pressures areas. They seem to know exactly what their looking at. So my question is it tones such as the white on a deers front and back? Or lateral movement? All these situations were down wind from the buck.

I killed a p&y whitetail on public land in pa from the ground without a blind at 23 yards. I was in full camo, and used the terrain, trees and shadows to conceal myself. He stared a hole through me a couple times as he approached, but never figured out that I existed. I think set up matters way more than whitetail guys tend to think.
Z

I’ve found that staying still makes more of a difference than specific camo. Been hunting with both ASAT ghillie suit and just flannel shirts with camo pants and haven’t noticed much of a difference in being spotted.

I have killed many wise old public land bucks from the ground in a blaze orange t shirt, some at very close distances and they were clueless. I have also been picked off from very long range while in full camo, due to movement…
OP
A

Here’s a better example. I took down this 5 year old 2 seasons ago. I never saw this buck even once. Near the end of the season, I setup at noon and waited towards dark. Glassing the whole time, I finally noticed this buck. He was staring out towards the route he was going to take. For 45 minutes he stood there just staring out in the open valley that stretched roughly 300 yards. I’ve stalked and ground killed several 3 year olds. But there has to be something on how a mature buck sees things. 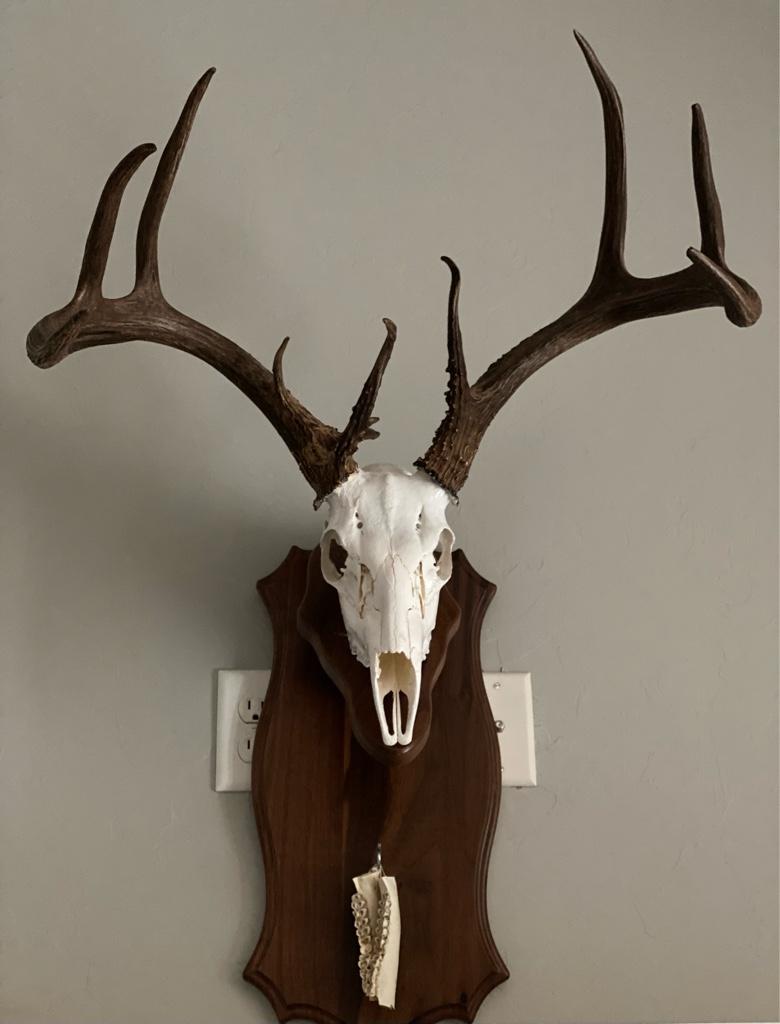 Wired to Hunt podcast has a recent episode on this very subject. I found it interesting and confirmed most of my thoughts on deer vision and provided new insight into some other things re: vision.
C

Any animal that can run through the forest, in pitch black darkness, has to have pretty good eye sight.

I believe they see much better than most think.
D

AMonroe said:
Here’s a better example. I took down this 5 year old 2 seasons ago. I never saw this buck even once. Near the end of the season, I setup at noon and waited towards dark. Glassing the whole time, I finally noticed this buck. He was staring out towards the route he was going to take. For 45 minutes he stood there just staring out in the open valley that stretched roughly 300 yards. I’ve stalked and ground killed several 3 year olds. But there has to be something on how a mature buck sees things.
Click to expand...

Great buck. I think you hit on a couple of things here that are relevant. First, mature bucks are generally patient most of the year and cautious not to put themselves in danger. That buck was standing there smelling, looking and listening for anything out of place...the difference isn't that he has heightened senses, it's that he takes more time to put them to use in the interest of self preservation. I think the same thing happened in your first story - he stood where you couldn't see him, saw you move a little, and stepped out to get a better look. Second story in your first post, same thing - he saw the doe because she was moving; he didn't see you range and glass because he was locked on her.

Point is, I think movement is the key with deer vision (including in their periphery) and the difference with a mature buck is they're spending more time looking for it - whether that's because they don't want to get shot or because they're looking for someone to have sex with. Either way, they're doing it more patiently than less mature animals.
You must log in or register to reply here.