Hi guys
Has anyone had experience with the Alaskan Guide tents Cabelas sells?
I have only used one once on a moose hunt, seemed good but the weather was fine for the hunt so didnt get to 'test' it.
They seem like a good affordable base camp option?
Thanks

I had their previous version of this tent (the 6-man with fiberglass poles) for about 20 years. It's heavy, it's a bear to put up by yourself (my wall tent is quicker), and not much room inside if you use cots. But it worked for what it was. Condensation was horrible in that thing though. There would literally be water sloshing around on the floor.

I have the 6 man with aluminum poles and the optional, extra large, vestibule that they used to sell. I've had it for about 15 years now and I've used the shit out of it but haven't used it in the last 5 or 6 years. They are heavy and a bit of a PITA to set up by yourself, but they work very well in windy/rainy conditions. I've never had any of the condensation issues that 5MilesBack describes. 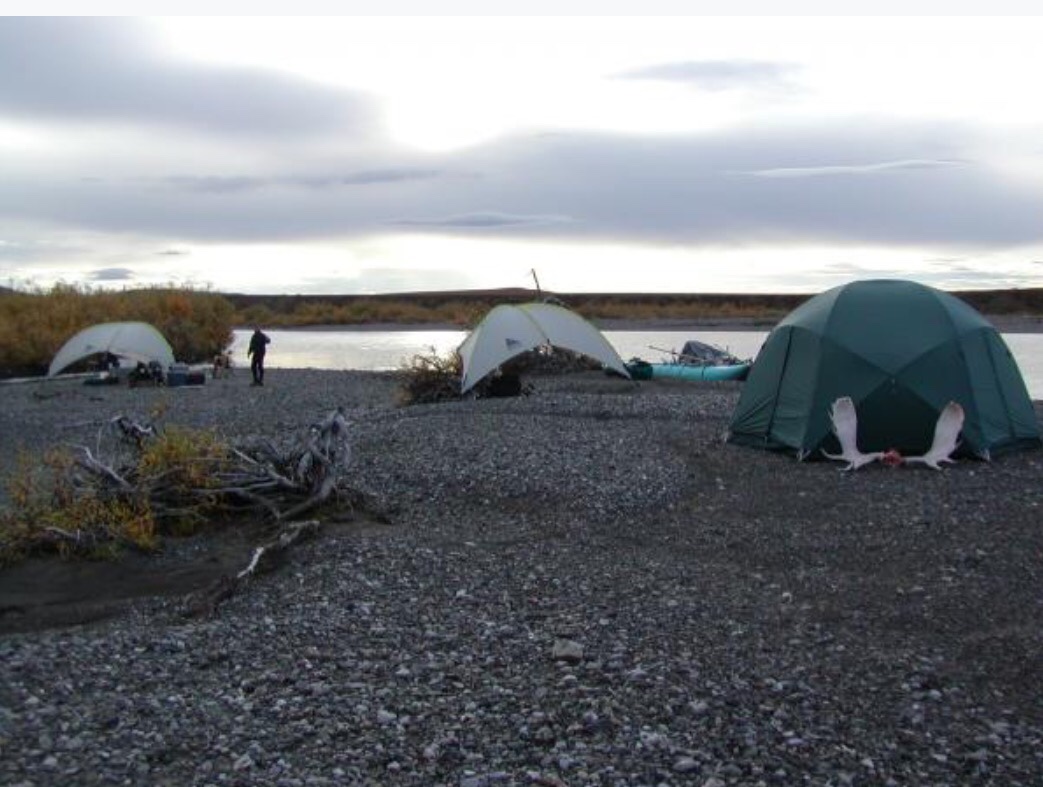 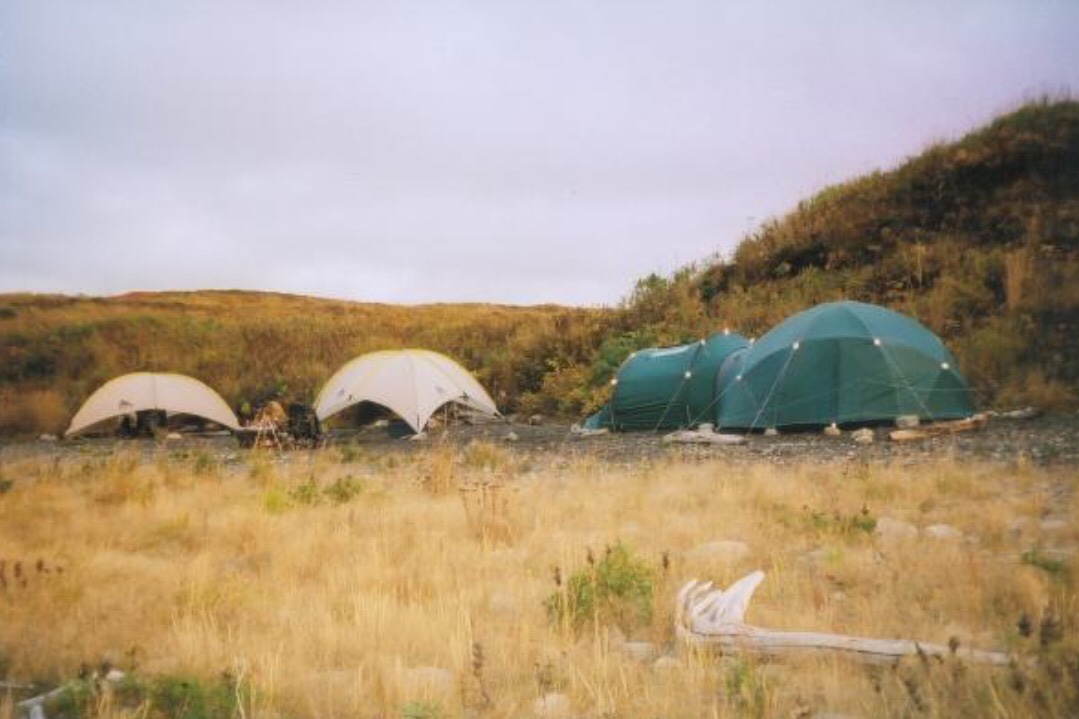 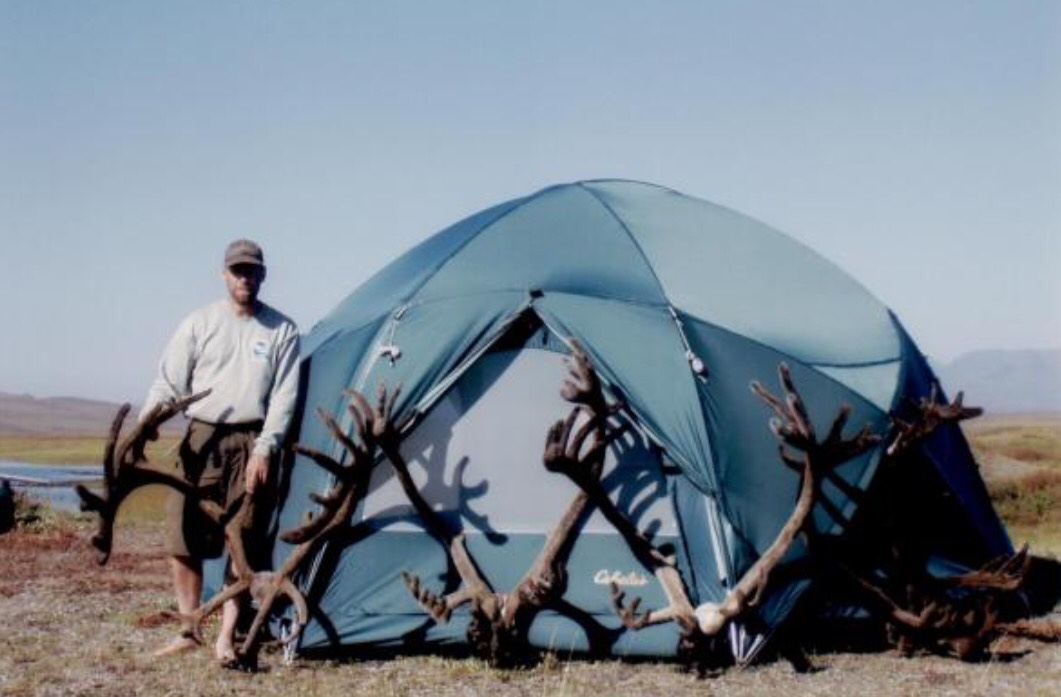 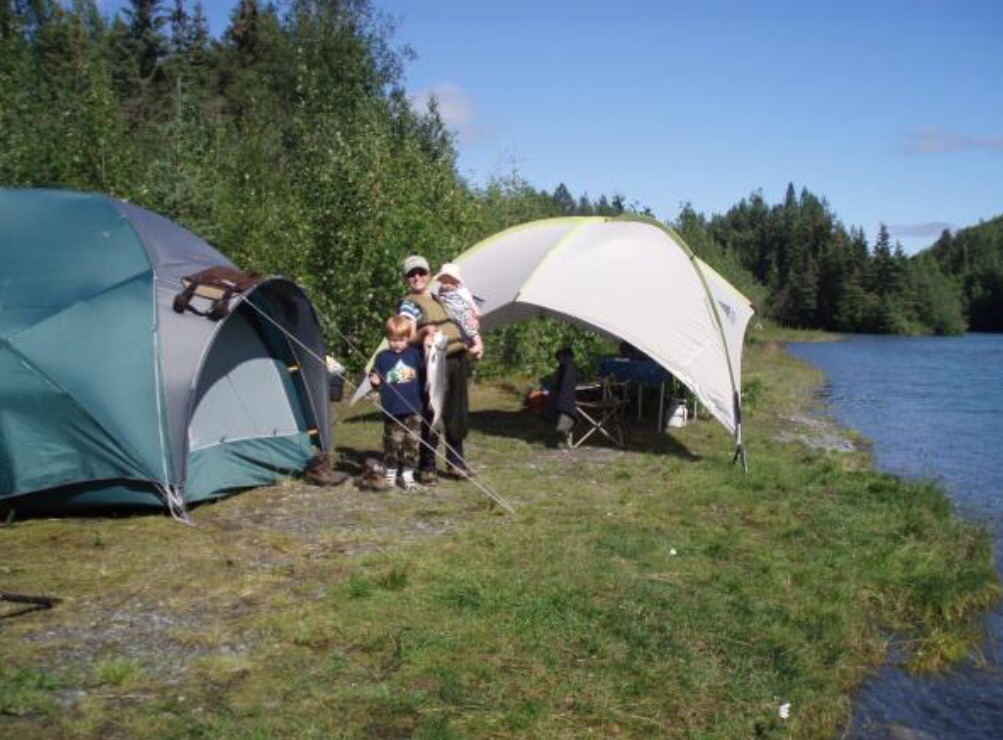 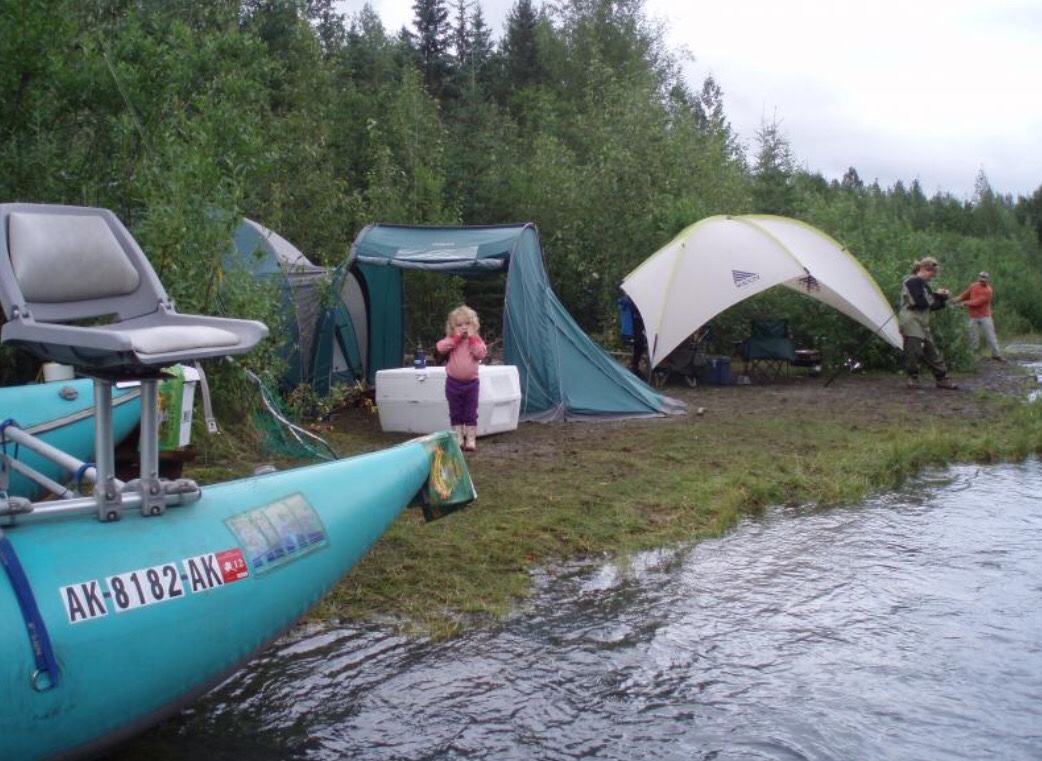 Sent from my iPhone using Tapatalk
Last edited: Jul 2, 2017
B

We have had two 8-man Guide tents. The aluminum poles are worth the $ as they are tougher in the wind (very wind resistant tent for the size
of it.) Our first one finally was getting weak in the fly from UV exposure after 15 or so years of use, a lot at higher elevations in CO. We bought another like it and still use it, most recently on a two week fly-in Northern BC fly-in hunt. We use the old large style vestibule to cook in.

We never had moisture issues in the tent.....you need to run the interior triangular "windows" down aways to allow it to ventilate, same with the top panel. We cook in the single wall vestibule and it does get wet. No floor in it, just a tarp so no issues with the drips there.

As per setting up the tent, once you learn how it is a snap. There's six poles and a fair amount of stakes so it does take a bit of time, especially with the large old style vestibule. My wife and I pitched it at night dozens of times and are still married!

Thanks alot guys, looks like it will fit the bill for what I want. Alot of tent for not much money.
Thanks
J

My Dad and I used one during our ten day hunt last year. We had high winds, rain, and sleet and it handled it all without a scratch. It was a bear to put up though.

I have the 8 man tent as well. Camped in everything from snow to summer heat. Get the aluminum poles and the floor liner.

No condensation issues even having a kerosene lantern in winter during snowstorms.

I can set it up solo in around 20 minutes if there is no wind or rain.

I too have a 4man and really like it.. Anyway if you purchase one for I think they are on sale consider signing up for activejunky and purchase it that way. Cabelas is 6% cash back now through them.
S

Brother and Dad have one that we use. 6 man. Great tent, a bear to set up. Takes forever, but we lived through the wet Colorado season a few years ago with all the flooding and nary a leak or issue. We are graduating to an Alaknak this year. Hope it is as good.
J

Tent is bomb proof. I have the guide 8 man as well as two west wind 6 mans. Never an issue and have been in each of ca. Bad rain/wind storms along the coast the last 3 years. 5-6 years ago I was in Santa Cruz with crazy rain and wind and they closed the area off because of the high winds- but the 8 man had zero problems.
T

I have an 8 man I've used as a basecamp in Wyoming for the past 8-9 years. I went cheap and got the fiberglass poles. Its heavy as hell, but man, its a great tent. It hasn't seen a ton of rain (although I did ride out one storm w/quarter size hail), but its seen extremely high winds and has handled everything like a champ. Its a great tent, especially for the price.

I’ve had one for 10 years (8 man version). Excellent tent for base camp. Used it several times in Colorado elk hunts. I had the fiberglass poles and, although heavier than the aluminum poles, it withstood the weather. No condensation, just vent properly like suggested above. There is a YouTube video of 2 guys in Alaska (I believe) that had one that held up in crazy weather. So it convinced me to buy it. Setup is a pain in the arse at first but once you understand it, it gets a lot easier. Well worth getting... get the floor liner too.. you will be happy you did... good luck

The same here in Kodiak, but my friend customized it by putting in a stove pipe through the tent/tarp and we had a nice wood stove inside.
S

I've used a 6 man for family trips for 15 years, from Arizonia to Alaska, still solid! They are heavy, and as my kids got older the tent seemed to get smaller.
M

I love mine. It's not a back pack tent for sure, but if you stake out all of the guy ropes it might survive a hurricane and will keep you dry.

I have 2 trips in mine now. I bought an 8 man which was a bit much as I usually hunt alone. This year I sold it and bought a 6 man. It was considerably easier to set up alone! Lots of room for my cot, a table and all my gear. I used a small mr buddy heater to take the chill off first thing in the morning and at bedtime. Great tents. I really like mine. No condensation issues, lots of ventilation options and a tough tent

Used mine on a school trip to big bend national park, several girls slept in it, including my daughter. Time of year we went we would get significant winds come down through the valley and really blow, one night was bad enough that nearly all the other tents were sacked, literally tore tents and broke poles on about half the girls tents as they were exposed and in the front line of the wind direction. I didn’t get up but a lot of the dads were out saving their daughters and friends. I stayed in my tent, as I was in a protected area and wasn’t getting the full effect of the wind. The next morning, when surveying the damage, there was talk about “this one tent wasn’t even budging” and lots of talk about “who brought that tent”....it was the cabelas alaskan guide, with the fiberglass poles, not even the heavier duty aluminum poles. Best part about it was I didn’t even have the thing guyed out, it was just the basic set up with poles only. My daughter said the wall the wind was hitting would sometimes bow in a little, but it never wanted to even think about coming down. Solid tent. I think the park ranger said something about sustained 70+ mph winds, and I would believe it from the carnage I saw in the cheap tents.

Have used many other times with less demanding weather and has held up and never had any condensation issues either.
You must log in or register to reply here.