Cashed in a bunch of points (8) and got an early rifle tag here in CO for unit 74.

Made 2 scouting backpacking trips, found a ton of deer, but never did find a big shooter I was hoping for.

Me and a buddy (John) drew the tag together, and a good buddy drove in to help out as well (eagle on here). We hiked in thursday sep 2nd, getting to camp pretty late, around midnight. Eagle showed up friday afternoon.

We spent Friday glassing and finding deer, but still not the big bucks I was convinced were here.

The plan was 'taxidermist or bust' for this hunt. I never had an inch number in mind, more of a "I'll know the shooter when I see it" type of mentality. We found a couple of decent bucks during scouting, and found them again Friday before the opener, so we knew they were in the area.

Saturday morning I think we saw 14 bucks, including the 2 decent bucks. One was a 4x4 and one was a bigger framed 3x4, though he was basically a big 3 point, his back g2 was tiny. With it being Labor Day weekend, we saw a few extra hikers climbing the nearby peaks as well. We also saw a GIANT bull moose at daylight, by far the biggest moose I've ever seen, which was a real highlight.

Saturday evening we all 3 picked different glassing points to try and cover some new country. I saw the most action but all I really did was find the 2 bucks again after something spooked them off their mountain and onto the opposite side of the big basin.

Sunday morning John and I were together in a little glassing spot we hiked to and buried ourselves in willow bushes for cover. Sure enough we located the 2 bucks again, this time with a small forkie in tow. We watched them bed about 1/2 mile away, and for fun was planning our stalks. We weren't actually going after the bucks, but I find it helps to constantly try to figure out how to get within shooting range of deer.

All of a sudden something spooked the 4 point, and down the mountain he comes, bringing the big 3 with him. The forkie must've been asleep or not paying attention, he was nowhere to be found. The 2 bucks came down into the bottom of the basin in the brush, and popped out 450y away. At this point I've got my rifle up going, well, I could just kill that deer right now....

Not wanting to rush things, we watched them to see where they were going. The big 3 stayed in the willows, but the 4 point was moving. He was slowly heading our way, but with a small rise in front of me, I knew i was going to lose sight of him soon. We were on the hillside opposite the bucks, and we anticipated them going up the hill to the top of the mountain where the deer like to bed. At 420 yards he disappeared behind the rise in front of me. I moved up a few feet to clear some brush, expecting to see the deer going up, and anticipating a decently long shot (3-400y).

After a few minutes of not seeing anything, I see antlers coming towards me in the patch of willows not 70 yards in front of me. Holy crap, he's right here! I whispered to John (who was a few feet behind me) to be still, chambered a round in the 7mag, and got my scope completely full of a running bucks chest when he emerged from the brush. I almost just shot him running at me since it was completely straight on, but instead i reached up, turned down the magnification on my scope and let him keep coming. He hit the crest of the little hill we were on and about to turn downhill to head towards the timber line, when I whistled to stop him. He stopped, staring at this thing in the willows, and I took a quartering to me shot at about 40 yards. He stumbled downhill a few yards then tumbled, rolled, and flipped his way to a stop.

I wasn't going to make the stalk on the deer, but when he runs in at 40 yards, what's a man supposed to do??!!

We got him quartered, cooled, and hung in the shade down by a creek while John continued to hunt for a couple days, with eagle and myself spotting and/or exploring new country with him. I've never climbed to over 13,000 ft hunting deer before, that was pretty awesome!

We found the big 3 Monday evening, and John made a plan for Tuesday morning to go after him, while Eagle and I hiked my deer out to the truck so i could get him on ice in the cooler. Eagle had to head back to KY, so we parted ways after a celebratory beer and I headed back up the mountain to help John.

John got close, had a good position within 150y of the buck, but a falling rock spooked him and he got away without John getting a shot. Something similar happened on Wednesday as well, and that's all the time John had to chase deer, and we had to pack it out of there Wednesday mid day.

Though we never found the big bucks we dreamt of with that tag; we did have a great hunt together, got to hunt some incredible scenery, and had a great time. That is what my "trophy" will represent when I get the euro back from the taxidermist, complete with the spray on velvet. The memories are always worth more to me than a few inches of antler.

Good luck out there!
Cooper 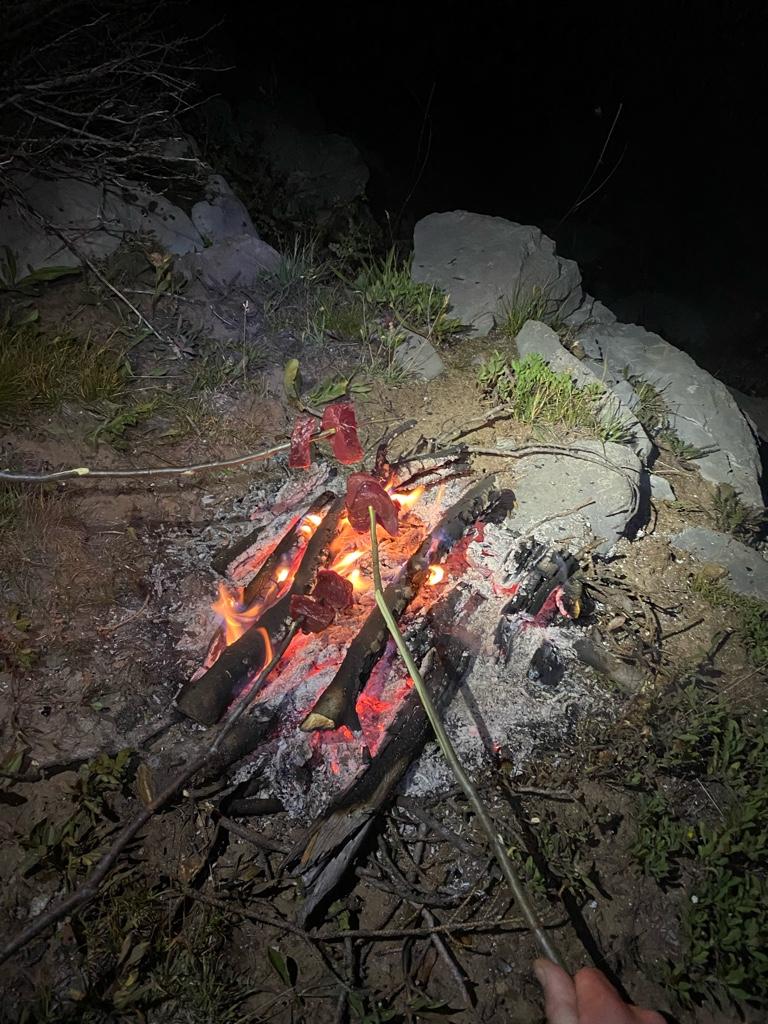 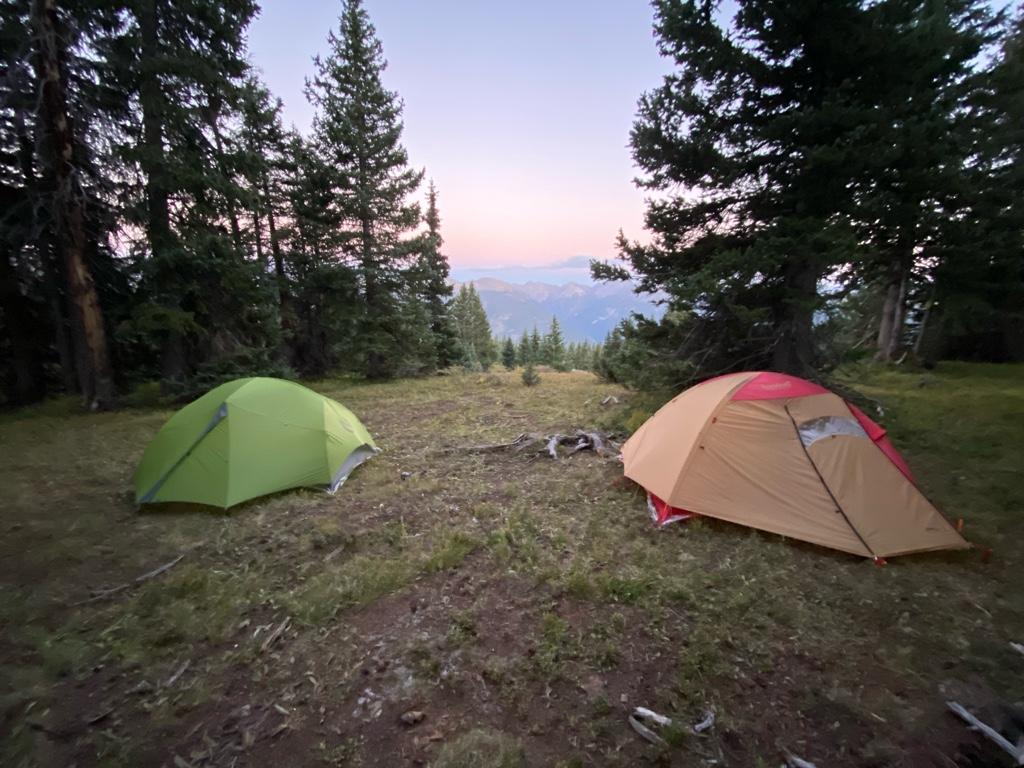 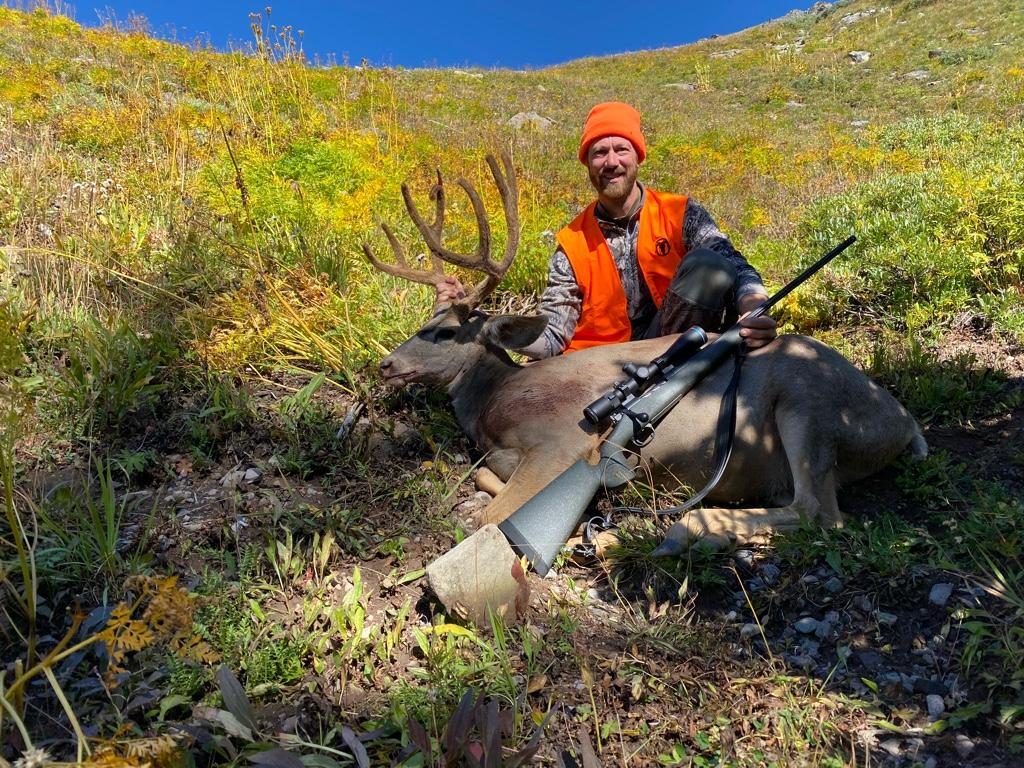 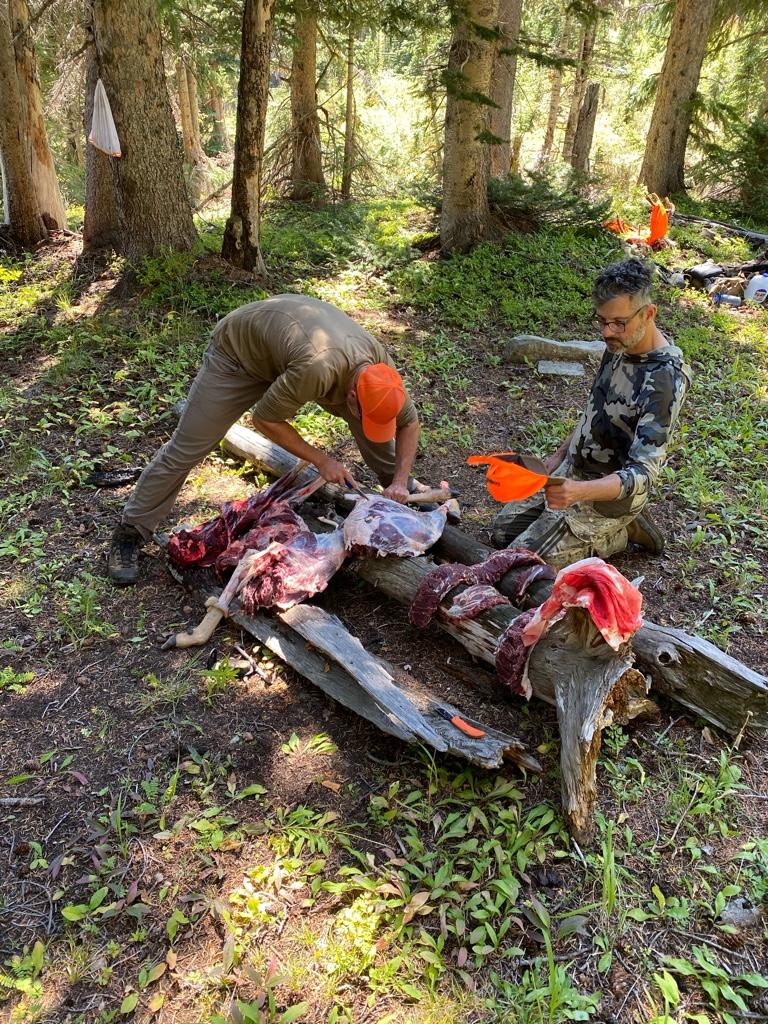 Great story, thanks for sharing!

Drop your favorite photo over in the mule deer photo contest. He's a beaut!
C

Good work! Gotta love chasing high country bucks with a rifle in hand, at least I do...
S

That’s a great hunt! I had the pleasure of spotting for my younger brother when he drew it a few years ago. I’m glad you took it all in and enjoyed the experience!

Congrats! I had this tag this year as well. I had my goals set high for a 190-200" buck, and this particular hunt, in the unit just isn't what it used to be, unfortunately. While I was successful, and proud that my hard work paid off with a respectable 4x4, I was pretty disappointed, that as a CO resident, I spent 11 points for this hunt and the quality of bucks I saw.
OP

TheHardWay said:
Congrats! I had this tag this year as well. I had my goals set high for a 190-200" buck, and this particular hunt, in the unit just isn't what it used to be, unfortunately. While I was successful, and proud that my hard work paid off with a respectable 4x4, I was pretty disappointed, that as a CO resident, I spent 11 points for this hunt and the quality of bucks I saw.
Click to expand...

apparently they gave out a lot more tags this year than in years past. A buddy of mine had the tag 8 years ago and got a legit 200" clean 4 point. It's a hell of a buck. He gave me his honey holes and the big bucks just weren't there. I'm sure there are still some really big deer in the unit, but finding them is another story. Had that buck not ran in so close to me we would've likely pulled camp and gone to a different mountain, but who knows what we would've, or wouldn't have, found.
J

Congrats on the buck.

Did you meant to say Labor day weekend and not Memorial day?
OP

jmsdad said:
Congrats on the buck.

Did you meant to say Labor day weekend and not Memorial day?
Click to expand...

Yes I did. Good catch, thank you

Great write up, sometimes it is about more than the inches! Congrats.
S

Nice job, We are in zone now for that hunt, but will probably elk hunt the unit next year and early rifle hunt the year after. I am pumped up. Just got my new rifle in (PH2) and set up yesterday. Now you go and fire me up!!

Congrats on a nice hunt.
OP

sodaksooner said:
Nice job, We are in zone now for that hunt, but will probably elk hunt the unit next year and early rifle hunt the year after. I am pumped up. Just got my new rifle in (PH2) and set up yesterday. Now you go and fire me up!!

If I had it to do over again I would do exactly that....elk hunt first and learn the unit a bit then draw the deer tag.
S

cooperjd said:
If I had it to do over again I would do exactly that....elk hunt first and learn the unit a bit then draw the deer tag.
Click to expand...

We actually elk hunted it about 8 years ago. Saw some ok bucks but the unit has produced some decent ones. We just want get familiar with it again and give ourselves a better chance. Plus it is a low pt elk draw and we were on several nice bulls that year. Just couldn't quite get it done. It's rough and high altitude so I think that keeps people away which is fine by me.

You guys did a great job, and good on @Eagle for coming up from KY to help you guys. He’s a good guy

Good job. I live in 74 and have spent a lot of time out and about (I recognize the location from the top pic) and I seldom see “big” bucks in the high country. Seems like they all live in town. I have a bachelor group trio that live in my neighborhood that are astounding, but I just don’t tend to see them like that up high in 74.

Yep no big bucks up high

They're up there, but not in comparison to the numbers of what is roaming around town, haha.
You must log in or register to reply here.

Keep trying the same spot or move after bumping?