I will try and keep it as short as possible. I am in the market for a new pack. I have narrowed it down to two packs as far as what I think.
The Stone Glacier Sky 5900
The Exo 5500
Both of these represent what I feel will meet my needs. I will be going in heavy(8-10 days), and coming out heavier(hopefully). My area is nowhere near roads, and several miles plus several thousand feet elevation to start hunting. Any experience with either of these packs would be awesome. I will be going to Blackovis to try on a Stone Glacier, and Boise for the Exo so that may tell a lot too.
On a side note, may have a Sitka Bivy 45 for sale in superb shape.

I own a Sky 5100 with the original Krux frame which is just a bit smaller bag than the 5900, I can get about 7 days archery hunting out of it if I pack carefully. I owned a Kifaru Timberline 2 previously that I didn't find as comfortable or easily configurable to pack out meat, I sold it to a friend to help finance the 5100. The 5100 is also an exceptional day pack and collapses down nicely.

I don't believe the Exo was out yet or it was brand new and I don't have any experience with it. Still using the 5100 which continues to serve me quite well
OP 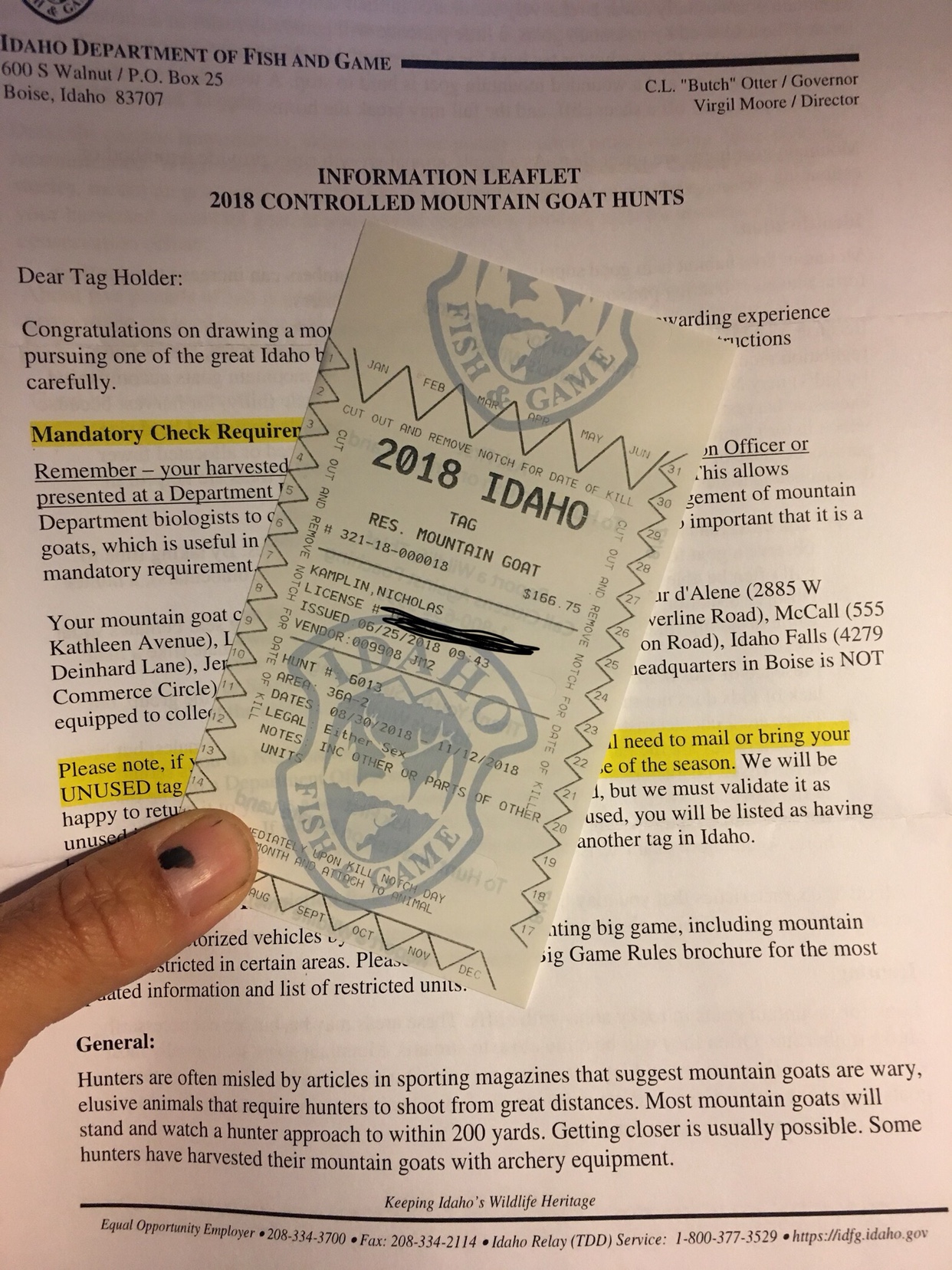 Sorry for the bump. I just would like to know what everyone’s thoughts are on these packs, and their purpose. Also am I missing something? Is there a better more useful pack for an extended stay way up high? This will be a big purchase for me and would love some feedback.

Blackovis also has mystery ranch so might as well try that as well.
I have the 5900 and really like it. Depending on how big your tent/bag is you may be going in with food in the load shelf.
If you can try both get whatever fits best. Both are great packs and companies

Take this into consideration for what it’s worth.
Goats are big! Way bigger then I ever expected. I’m not sure about Idaho goats, but a mature alaska billy is over #300 on the hoof. If your hoping to get everythingout in one trip I’d suggest at least a 6500ci

I killed a goat last year and have a KUIU 6000” pack. I couldn’t get everything out in 1 trip. I caped him for a pedestal mount so didn’t even have a full body cape. Goats are huge but they don’t have a lot of meat on them. The cape takes up a lot of space. I guess Depending on what your camp situation was like, maybe you could get everything in one trip but it would be a huge pack. We weren’t exactly “minimalist” camping. We were 5 or so miles in where I killed him. Elevation gain/loss was not a lot. I don’t remember exactly how much but 2000-3000’, probably more towards the lower end of that.
D

I killed at Goat last year and used an EMR II, I agree with the prevoius post that getting everything out in 1 trip is pretty aggressive in goat country. I think any of the listed packs would be fine, if you are on a 10 day hunt and want to carry out a full goat I'd say Volume and strapping ability are definitely your friends.

I just realized I left this post hanging in midair. I truly apologize for that. I was successful on this once-in-a-lifetime hunt and it will be one of the most amazing experiences of my life. I scouted religiously all summer in my area and was awed by the unbelievable feats these majestic creatures perform with ease. This particular area in Idaho is difficult to access, and impossible with snow so I made my play for the last week in September. I knew this might mean less than a full coat, but I was snowed on twice scouting, so there was a real chance of missing out entirely if I waited too long. Fast forward to day two of the actual hunt. My brother and oldest son were along for the ride and at about 8:00 am my brother spots a lone goat. Some serious glassing and 3 miles later we closed up to 800 yards and he gave me a nice side profile view, at which point I knew he was the one I wanted. I had only two wants for this hunt, one was a billy, and two was that I didn't want him to fall off a cliff and be ruined. This guy was in the best spot I could hope for. Once I had fully committed it took about another hour to get to 321 yards. I will admit it took me almost 3 minutes to get set up for the shot. The extreme elevation was challenging to line up without getting scoped. My brother was on the spotter, and I squeezed off the shot. Boom! he just rolled down the rocks and out of sight. We were high-fiving and just caught up in the moment when I hear rocks rolling down the hill behind us. I couldn't believe my eyes, there is what looks like my goat just walking along the hillside! I had to be sure this was the same one and not another goat that would have been out of sight earlier. Sure enough, his right front leg was bloody. I lined up again, this time at 248 yards, Boom! he dropped in his tracks. When we caped him out, we found that the first shot had hit lungs, although just the top and the second had hit the spine. I don't think I was calculating the elevation as much as I should have and shot high both times. Long story short, goats are so heavy! I had the front quarters, head, and hide and had to be helped to my feet. That was the gnarliest 3 miles back to camp I have ever hiked. On a side note, goat meat is some of the best I have ever eaten, and the fat is amazing. Not like deer or elk fat, but more like beef. The SG 5900 was impressive with 120+ pounds, and my legs were the only thing screaming.