To get things kicked off the right way, Rokslide.com is going to give away a Kifaru Paratarp to the person with the best backpacking/bivy camp photo.

The rules are simple; post up your best backpacking/bivy camp photo on this thread and what shelter you were using at that time.

Rokslide.com staff will be the judges and announce a winner on June 1st (just in time for scouting season).

Good luck everyone and I look forward to seeing all of your photos!

well it doesnt hurt to post a pic.im sure it wont be the best.shelter was a cheapo ereka,thats gone now and replaced with a TT squall 2.camp might not be much but you couldnt beat the view

I can't wait to see what pics everyone has to show!!!

Here I am scouting Western MT for alpine mulies ...

Pictured is my Tarptent Contrail.

Wolfmen, those are some sweet pics!

All great pics guys!
Here is a pic taken during my very first solo multi-day backcountry trip. I was hunting for Black Bear and Mule Deer. This was one heck of a learning experience, I tell you what! Even though I "thought" I was thoroughly prepared...I missed one important detail: a certain gate was locked just prior to the hunting season. This gave me an EXTRA 6.6 mile trek that had over three thousand feet of elevation gain/loss. I've found that once I get over 4K of elevation; it starts to effect me a bit and I have to take it slow for the first half a day before I acclimate. With that being said; my quads had just started to "twitch" as I topped that last hill before the parking area that belonged to the trail head.

I was starting to get a roaring headache and a little queasy about then; so I decided to take a nap and to see how I felt...this turned into pitching camp right there to get a fresh start the next morning (I still had several miles and about 1,500 ft in elevation to go, before I reached the intended area). Well; about then the flood gates opened and unleashed a torrential downpour for the next 18 hours; which dropped the temp from the upper seventies to the high thirties/low forties. I ended up running out of water and had to collect rainwater that was streaming down the side of my tent's rainfly to cook up some beef stew. I tell you what; dehydrated beef stew never tasted SO good and was a huge morale boost. I ended up saying "to heck with it" and braved the pouring rain; knowing that I had to find water and would at least like to make an attempt at "hunting". Luckily I hadn't got far; before the rain let up a bit.

I ended up finding the thickest patch of Huckleberries that I had ever seen; which made me a little apprehensive since I was in Grizzly country and the Huckleberry bushes were about as tall as me! I threw caution to the wind and gorged myself on Huckle Berries; which I could tell by all the purple scat on the ground, that every other woodland creature had done the same!
I found a little seep just shy of two miles up the mountain; which gave me 60 ozs that I was able to filter with my Platypus Clean Stream. I still-hunted my way back to camp hoping to get a shot at a bear along the way. I made it about half the distance before the black, evil-looking clouds decided to unleash their wrath on me again. Since I didn't have a proper rain jacket (another mistake I made while preparing for this hunt); the DWR finish of my soft shell was thourghly beaten and was starting to get pretty soaked.

This was two nights and two days into a hunt that was supposed to last three days. With that in mind and home sickness really messing with my head...I conceded to let the Mountain beat me. I packed up camp in the pouring rain; took one last look around and set off back down the trail. I made it about half way to the truck....and the rain stopped and the sun decided to show it's face again. I was kicking myself the rest of the way back. The "woulda-shoulda-couldas" did their best to kick the crap out of me. But once I got back and changed into some dry clothes and scarfed down some of my wife's cookies that I had left in the truck....my attitude began to change a little. But...of course half way along the ride home...I started to kick myself once again! LOL.

I know that this thread wasn't supposed to be about a "story"; but I guess since I didn't have such an awe-inspring camp pic, I had to make up for it with a story! SORRY!

The tent I used was a Skyledge 2.1 (if I remember correctly) by Mountain Hardware. According to it's performance on this trip and several others I've used it on; it's outstanding. But, of course a lighter setup is sometimes more desireable....hence, that's whay I need to win this Paratarp!

littlebuf said:
well it doesnt hurt to post a pic.im sure it wont be the best.shelter was a cheapo ereka,thats gone now and replaced with a TT squall 2.camp might not be much but you couldnt beat the view
Click to expand...

This is my home for roughly one month out of the year as I chase big game with bow-in-hand; my Big Agnes UL2. Can't wait till next season!

Kelty 9 In the backcountry 2011 Elk Hunt 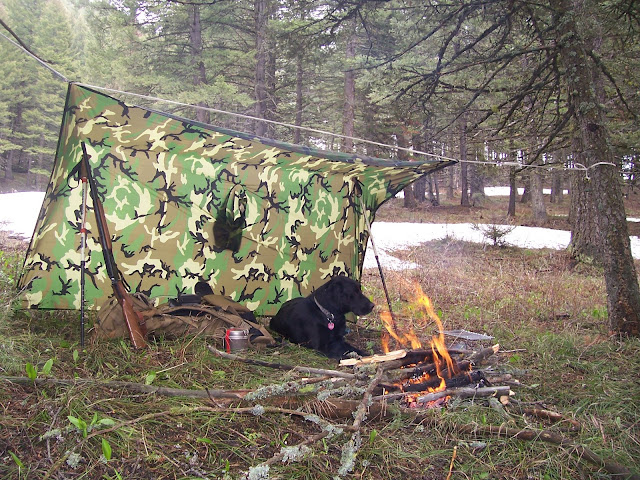 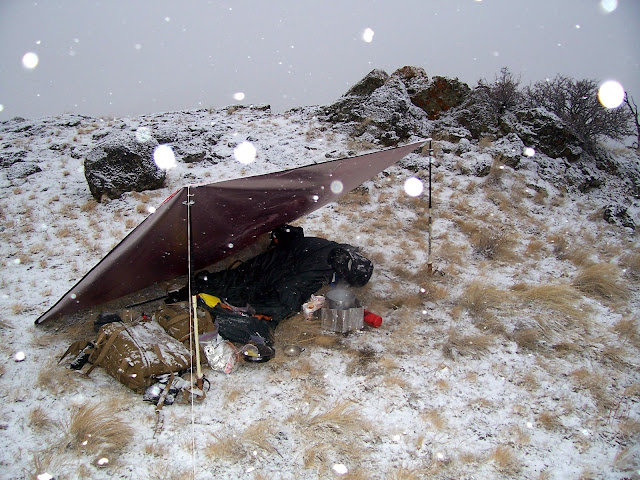 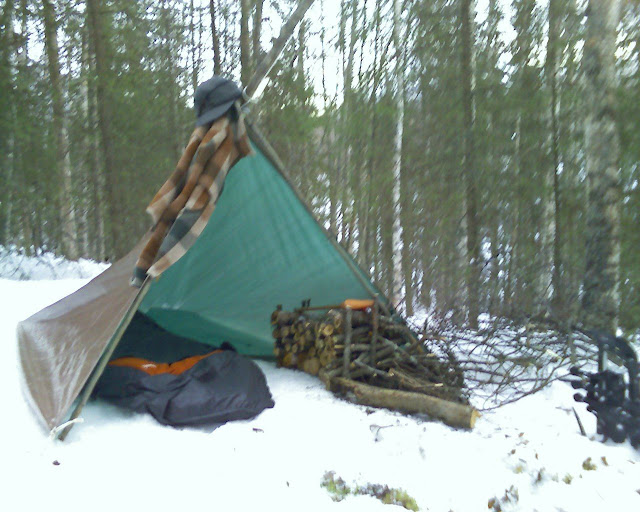 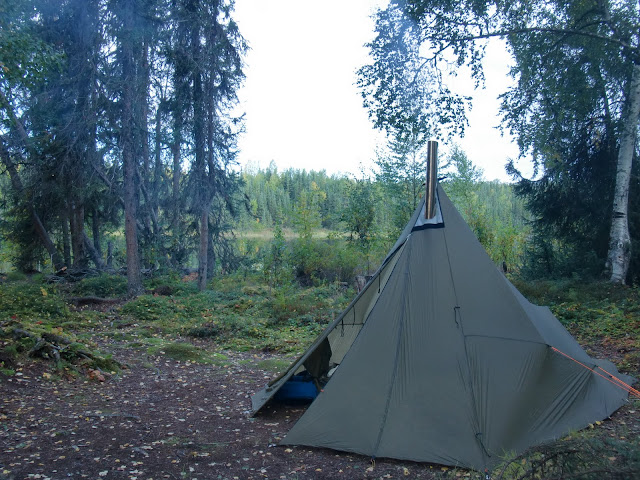 And there were some other ersatz/ homemade shelters thrown in there along the way.
Last edited: Feb 27, 2012

It looks like you had some breeze blowing there.

Kifaru 12-man. Base camp. Para tarp would be sweet!

Vote on the 2021 Best Elk Photo, sponsored by Kifaru
2