I bet you'll like it, I've never handled one of his thumb skinners though. Did you get a sheath for it too?

bline said:
I bet you'll like it, I've never handled one of his thumb skinners though. Did you get a sheath for it too?

I did not, Iv got plenty of sheaths laying around. Looks nice and I like the style. I'm familiar with 1095, and the shape looks good for a hunting knife. Should be light being its made of thinner stock
B

I've used the same Buck knives for decades, but when I rejoined the RMEF they gave me this knife for free. It's a bit different and I might give it a try.

This is not meant to ruffle any feathers. But after getting two of the Jeff white knives I'd discourage others.

Both knives came with problems, that I will have to fix. The thumb skinner has a wave at the rear of the blade, making stropping imposingly near the end of it, I'll need to straitened that out, and there is no point, it's totally rounded. The other knife I got from him, is without a doubt the most poorly finished knife Iv seen, and is worthy of the 40 dollar price tag. Looks like the front of the knife was used to chop a rock. The knife was shipped to me with a chip and an unfinished edge on one side. The patina is non existent on one side and just splashed on the other, leaving a rough ugly finish. The handle is not near the thumb skinner but looks like it was carved with a knife and lightly sanded. This knife will take major work to fix and is the reason I will never buy another one from him. The thumb skinner is a great blade shape, and once fixed up I'll give it a go on a whitetail this fall.

I collected knives before I really started hunting. For the last three years this has been my go to skinning knife. It seems to be a touch bigger than what most guys use but I like it and it's not so big that it's cumbersome on an inconvenience. 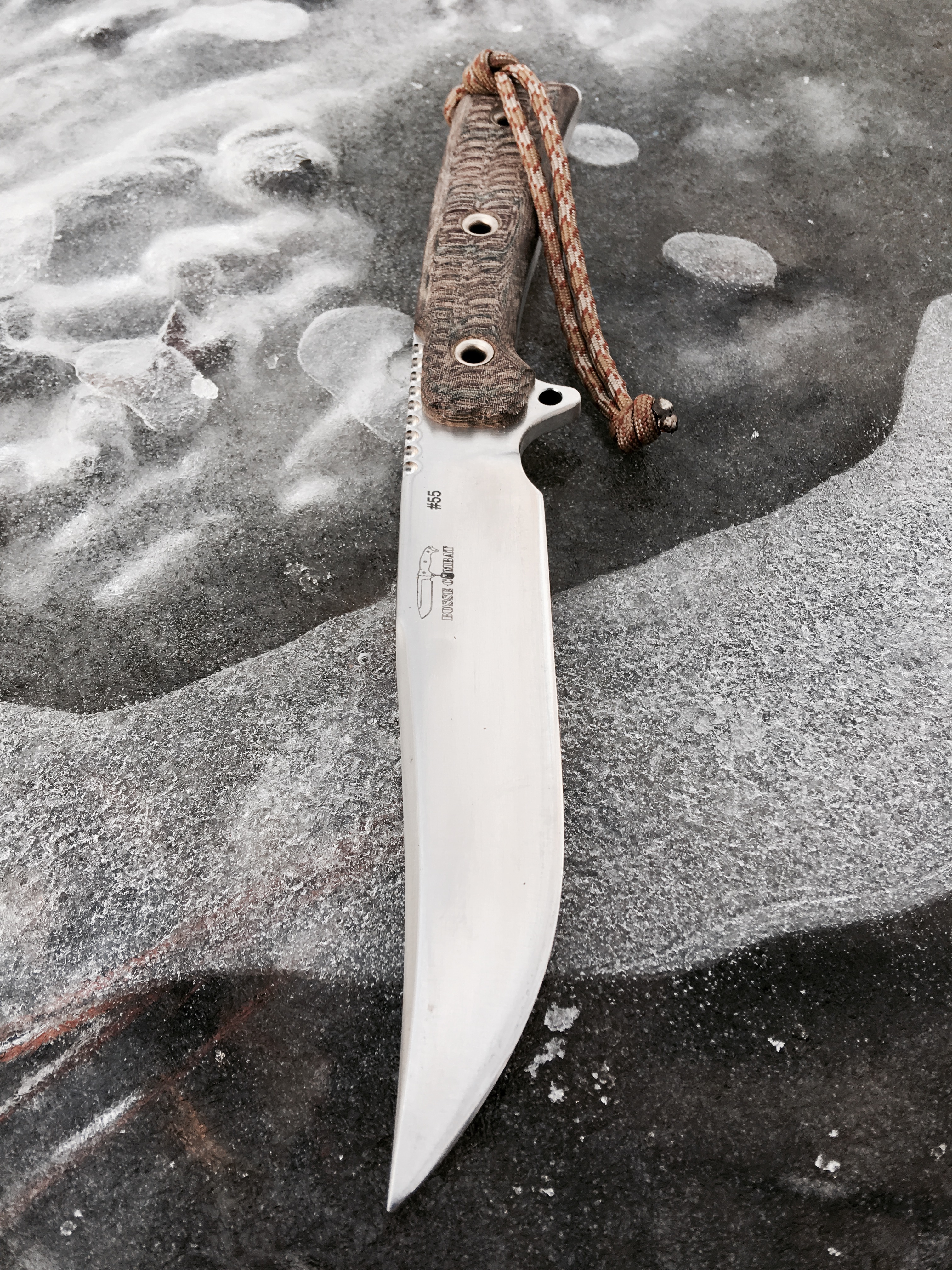 Benchmade is my choice for every day carry to hunting knife to skinning. Great knives

Sent from my SM-G960U using Tapatalk

Havalon or a Buck s30v
T

Benchmade Hidden Canyon Hunter for deer and such. I would add a Dexter Russell S125 (actually a knife for fish cleaning) for larger animals.

Used havalons for a bunch of years, never could get a liking for them, sharp yes, but not for long. Went full custom, the sheep skinner and the goat caper, water buffalo horn for handles, wrapped around S35VN steel. A few animals into them, haven't needed a sharpening yet.

CoHiCntry said:
Outdoor Edge Razor Blaze. Has the replacement blades like the Havalon but a little stouter and easier to use than the Havalon for me. Been using it a couple years now and really like it.
Click to expand...

+1 on this. Was skeptical at first but am now sold on them for in the field work. If I have an animal hanging I use a 5” victorianox boning knife.

Outdoor edge razor for me as well, way easier blade change than havalons

Usually a Buck 110 Folding Hunter but I also carry a Cutco Double D for when things get serious.
C

Just ordered Tyto 1.1 - had a few buddies recommend it over the havalon given meat/fat build up in the hinge.

I like havalon in backpack. Also like those little victronix (sp?) pairing knives. They’re about 5-10$. The curved blade helps for caping
C

White river backpacker. This little beauty handles much larger than its size, and is extremely comfortable and safe when slick with blood. everything I've ever needed for deer/elk. Small and light for backcountry use, holds an edge like crazy, and easy to touch up. I also carry a Tyto for some fine work when a flexible blade has advantages such as pulling backstraps ect. 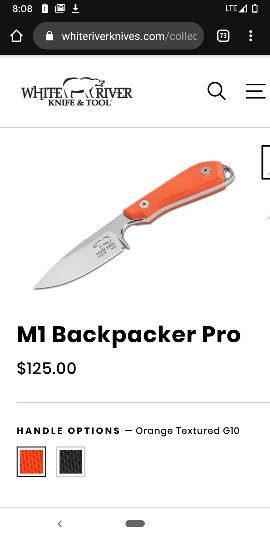