I've been looking at other longbows other than the D style I started on a few years ago. Originally looking for a takedown but now I'm more worried about smoothness and consistency.

I saw Chad Francis of Lost Creek Builds a takedown, so I gave him a call. He said he can make take downs but their are a pain in the donkey. And he'd let me demo a one piece he was finishing up.

So it arrived today, wow!

It's a [email protected] 62". So for my draw around 48. But it's so much smoother than the D styles I've shot. And it actually has a grip!

It draws smooth with maybe the slightest bit of stack at the end but it's not terrible. I think the D style has the best draw but they are harder to shoot.

There's no shock and little noise! For a lighter than I'm used to bow shooting around 11 grains per pound, it's quick! No carbon in the limbs but the R/D gives it some zip!

One issue I have with a D is torquing the grip. This bow is impossible to torque!

I'm not gunna claim I'm Howard Hill with it, but it's definitely easier to shoot and I can see more potential for better consistency with it.

But just demoing this for a week so if you're looking for a helluva good shooting stick, this is about $600 I think! 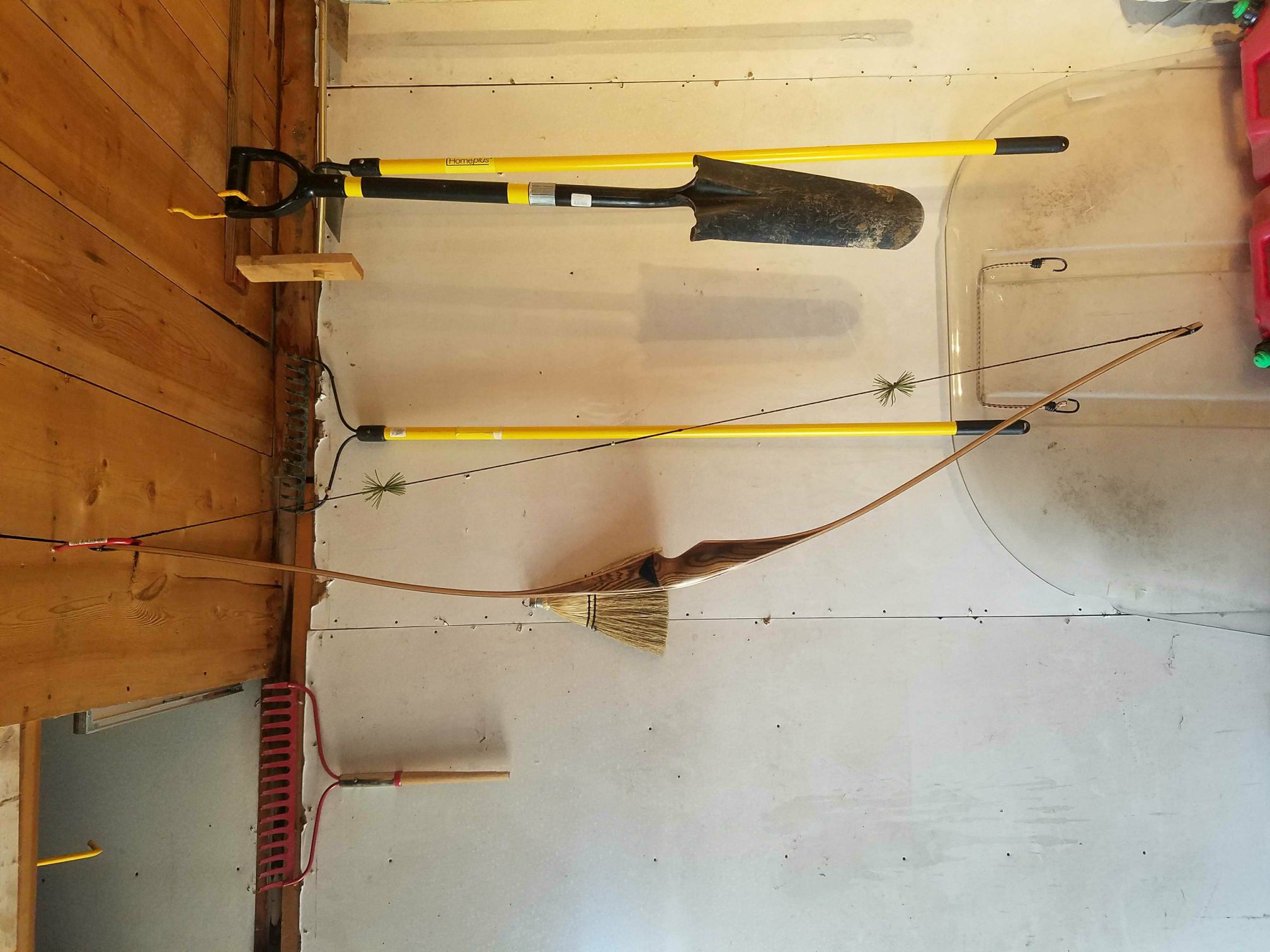 Not too worried on weight. He said he could take off 2" and that'd raise the weekend get up closer to 60. But I'm guessing a fast 49# bow with a sharp Cutthroat will smoke an elk if I do my part. 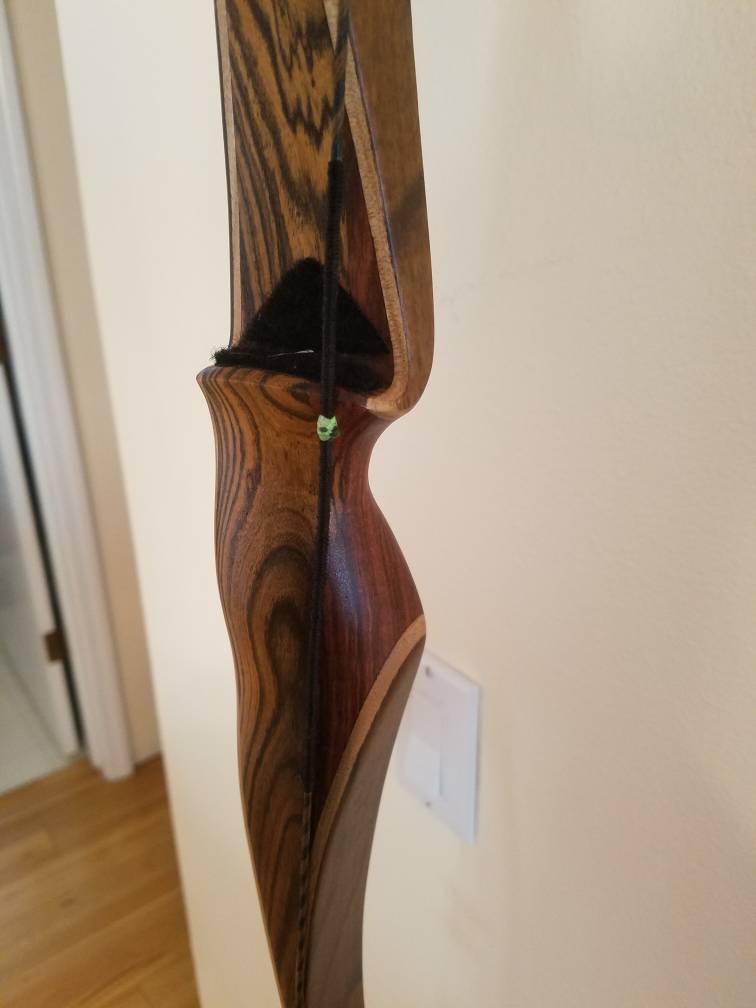 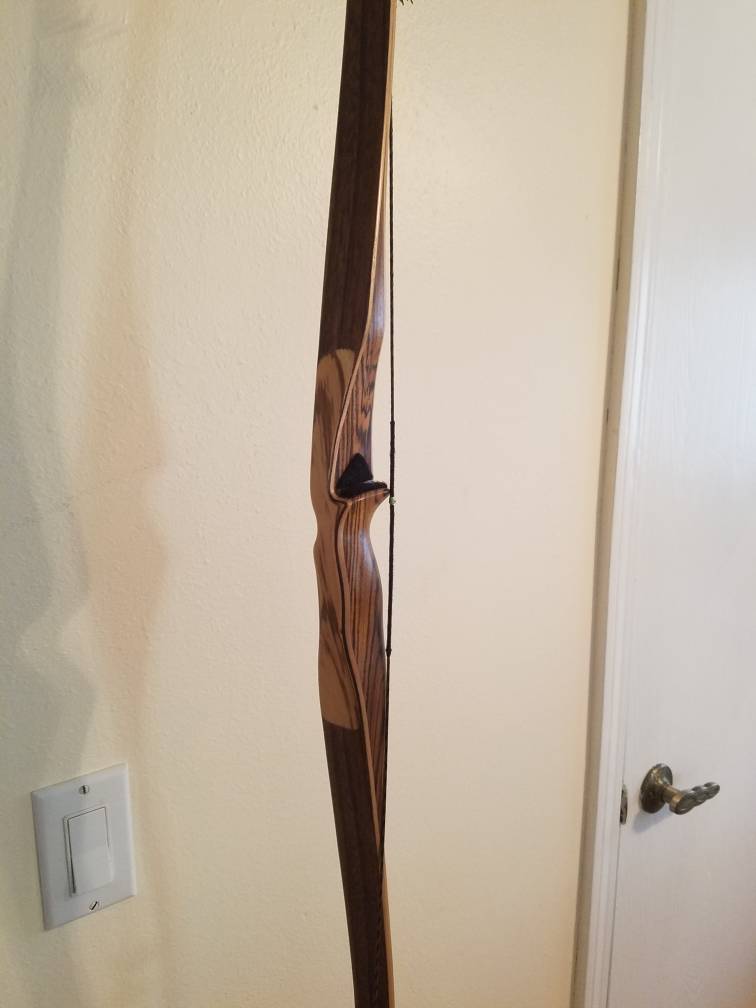 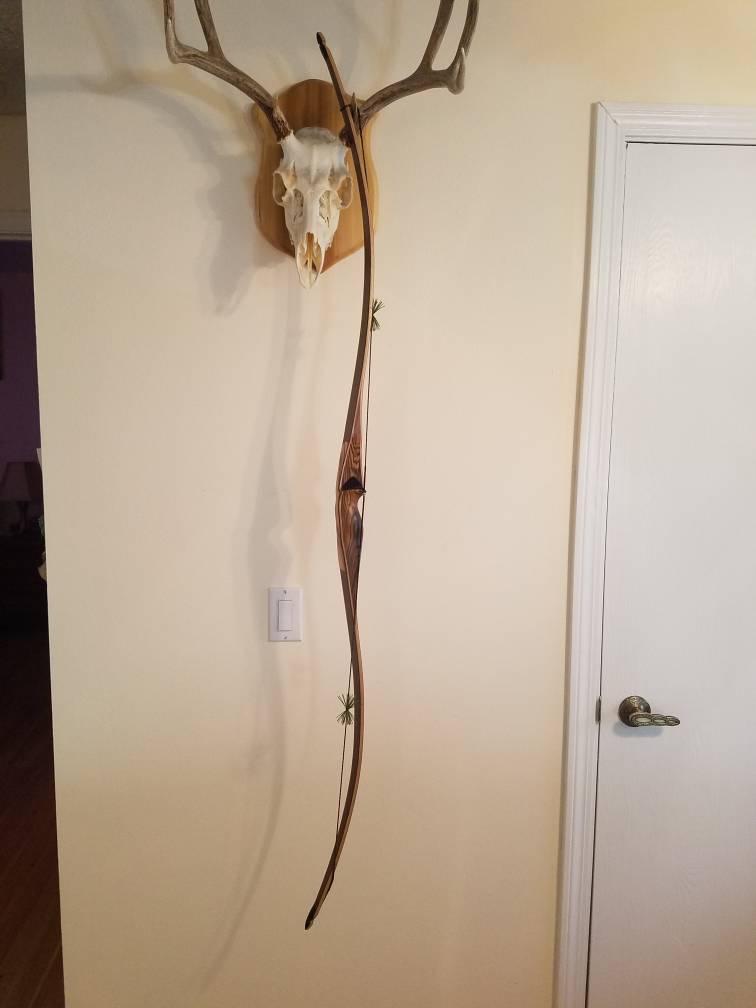 The grip is a beautiful fit! 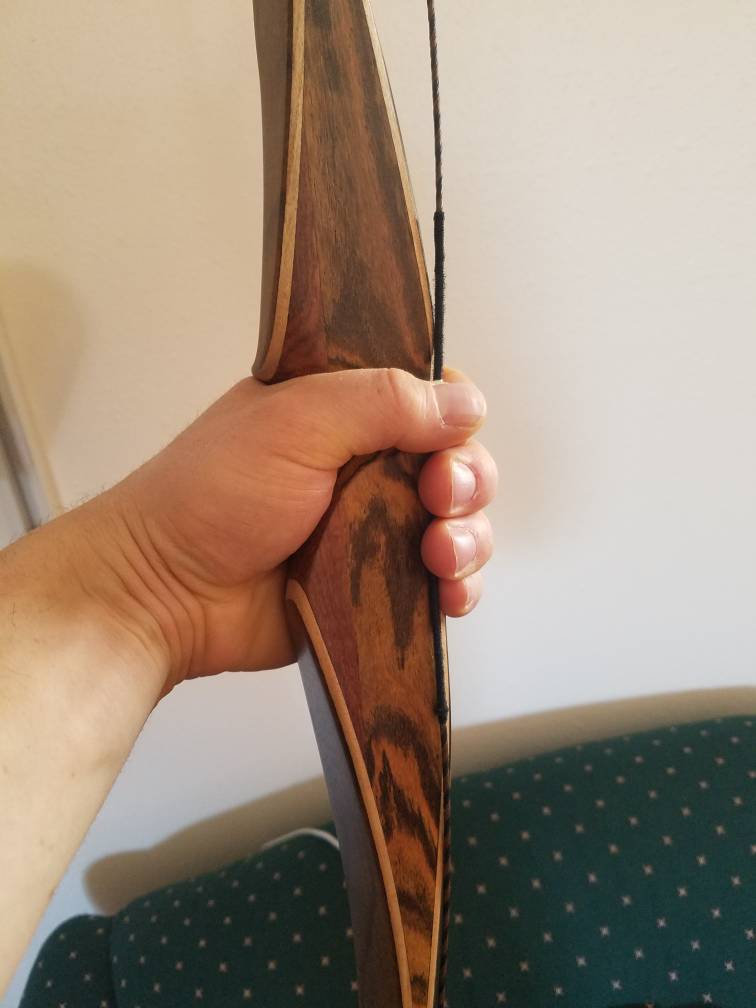 Sent from my SM-G930V using Tapatalk
B

Location
Getting Cancelled, Im out

It wouldn't work for me though as I travel with mine....has to be a takedown either 2 piece or 3 piece. I have a great Toelke SS that i'm going to sell just because its a one piece....though it shoots fantastic.
2

Chad makes a great bow. I had a 58" Life-Ender some yrs ago when I was buying and selling to see what I liked best. Great speed and really easy to shoot, prolly would of kept it had been a 60". Shot one of his pass arounds too, a 62" Legacy I think.... hated to send that one down the rode to the next guy, it was so smooth. You can't go wrong with any of his bows. Enjoy!

i would not worry about the weight. I dont remember which podcast it was but some guys were talking about a guy at RMS that killed lots of elk with a 48# palmer recurve. beautiful bow and a great deal!
S

Good deal. 48 is enough to be efficient. And it's more manageable so you can do your part.

What model is that ?

It wouldn't work for me though as I travel with mine....has to be a takedown either 2 piece or 3 piece. I have a great Toelke SS that i'm going to sell just because its a one piece....though it shoots fantastic.
Click to expand...

You ever sell that SS? Specs?

Sent from my SM-G920V using Tapatalk
A

Where can I buy that toy?
J

Another $175 might be worth it to get everything you want. I really like that style bow and have been shooting a similar bow of my design for the past 6 years. I've tested different designs and different materials over a chronograph. The one factor that seems to make a difference on speed is bow weight. Not that I'm trying to say that you need a heavy bow, or that speed matters much. But I hear a lot about performance of Bows with this or that material or design, but from my testing weight is the only thing that makes a significant difference. As we all know speed isn't the only thing, but it's the only thing that can be measured.

Getting it figured out ... maybe