Made this special shooting bag for turkey season

A couple of years ago, I became acquainted with Joe Hollingshad who owns Devil's Backbone Outfitters near Dora, MO. I met him through a mutual friend, Bill Cooper, and was originally invited to his place to kill a deer with my longbow while Bill filmed it. Well the deer didn't cooperate but Joe and I hit it off first thing. He's an avid black powder shooter and likes to play dress up like me so we had a lot in common. His big claim to fame, though, is turkey hunting. Joe has guided turkey hunters for decades and used to work for some of the big names in the business.

Joe called me a couple of months ago and invited me to hunt turkeys with him on his place with Sweet Rachael, my 20 gauge flintlock turkey gun. Bill will be there to film again and, hopefully, things will turn out better this time. To show my appreciation for his hospitality, I made Joe this shooting bag. It has a springtime theme to it to get a feller in the mood for the season. I will give it to him this Sunday. I can hardly wait to see the look on his face!

The body of the bag is elk hide and the trim is bison. I found some pencil drawings I liked and had them laser etched onto some leather at Springfield Leather Company. I was going for the oldtime box camera photo look with the etchings so I framed them in caiman hide which looks like a wooden frame to me. Everything was sewn by hand using artificial sinew. I was quite pleased with the end result. 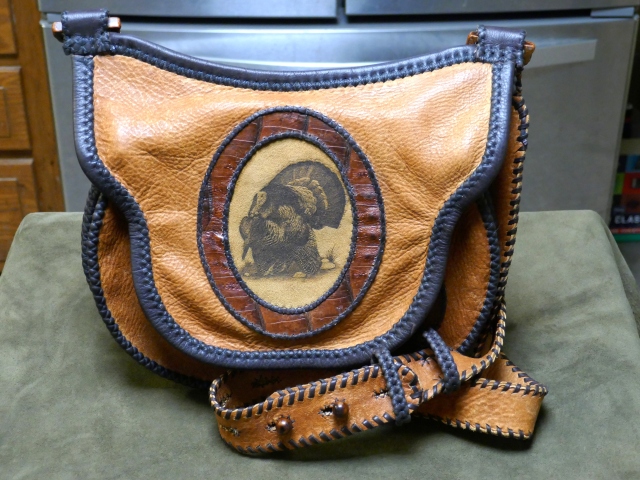 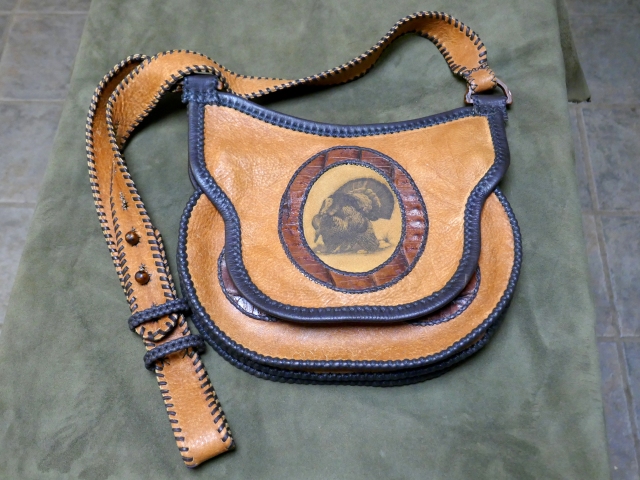 The bag is symmetrical with a large compartment and flap on both sides and a patch pocket on the inside of each compartment. This is the front flap. 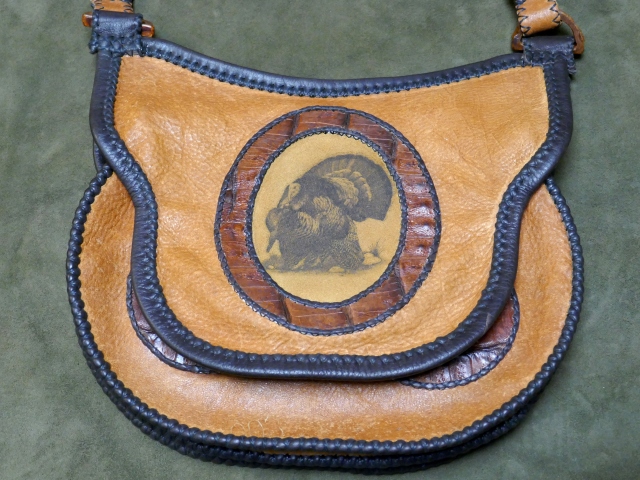 Under the front flap 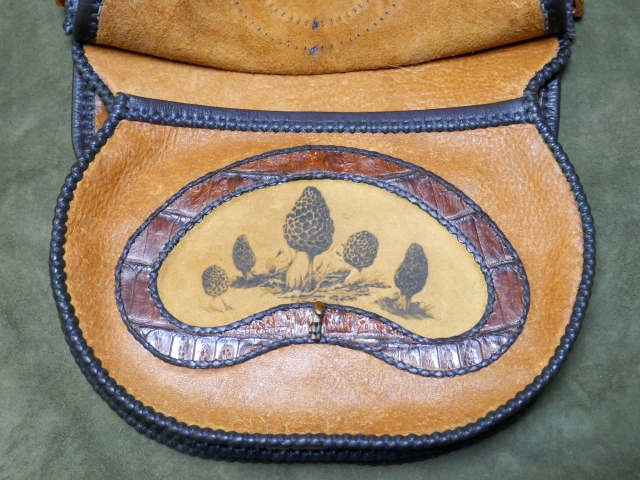 Inside the front compartment - I personalized it with Joe's initials. 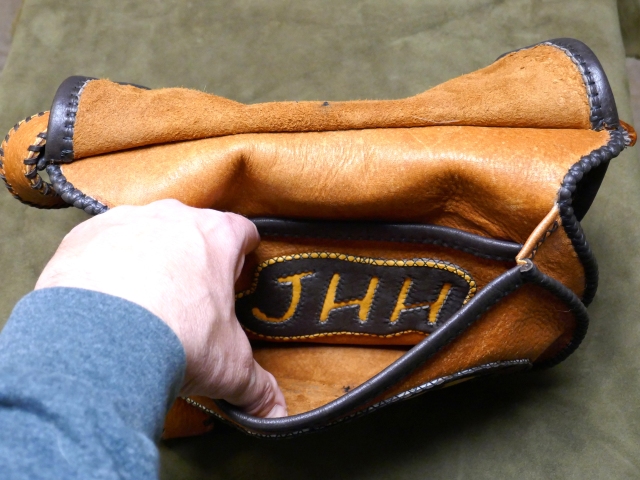 Back flap - Joe used to guide turkey hunters in the Devil's Backbone Wilderness Area using mules so I used this image to pay tribute to that. 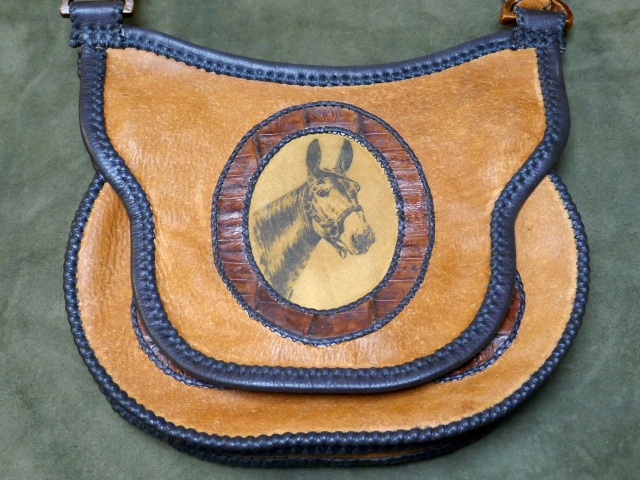 Under the back flap 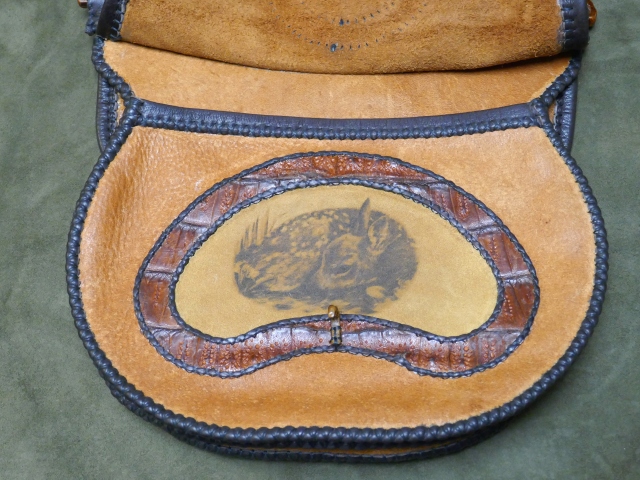 Inside the back compartment - had to put my maker's mark somewhere! 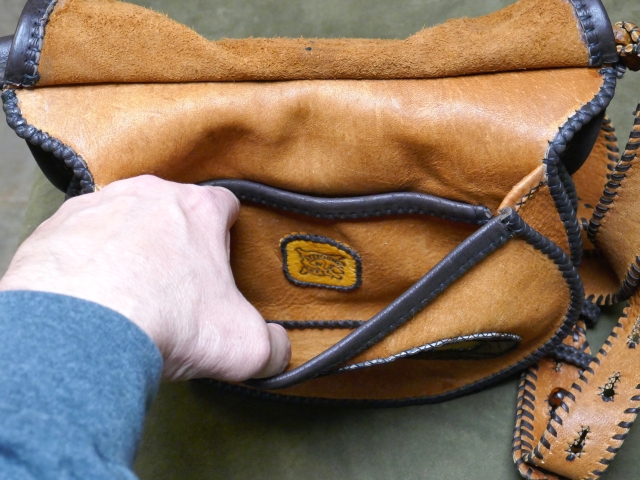 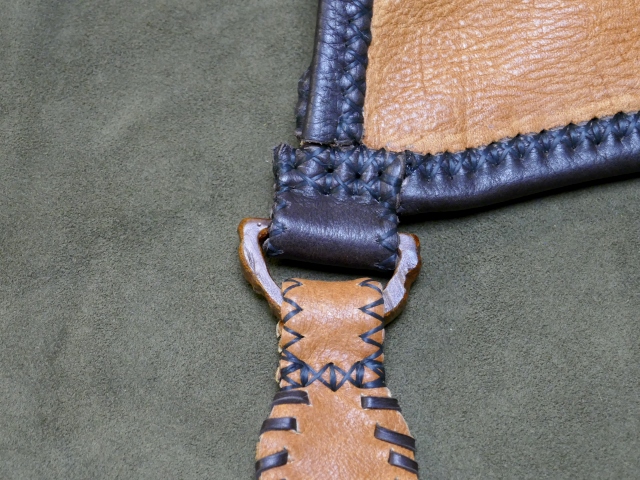 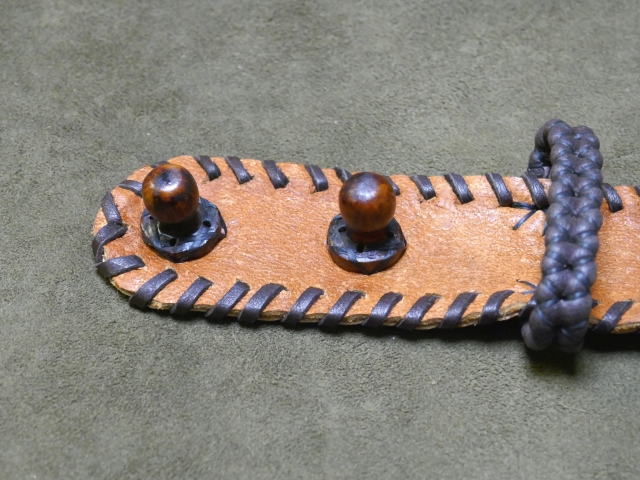 Nothing better than using your talents to show your appreciation to your friends. Beautifully crafted!

That is one beautiful project!!!
N

That's an amazing work of art and to quote what realunlucky said, "nothing better than using your talents to show your appreciation to your friends "
D

Amazing craftsmanship there!
B