I'm getting there slowly with my reloading set up. It's not the easiest time to break into this stuff since components are extremely limited and costs have went up.

I've still got some tools to buy. I've let a couple things slip out of stock locally that I should have got while I had the chance.

In addition, I'm dang tempted to buy a couple of rifles just because there probably won't be any better time in the near future. I've considered buying both my boys a relatively inexpensive bolt action. I'm not an enthusiast, but would even consider an AR for myself. My wife would probably strangle me if I put our March Florida trip in jeopardy by spending the money. 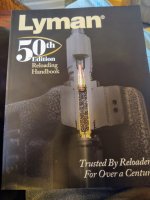 I've not been able to put much effort in, but found at least 100 elk on BM this morning on the last day of the extended season. You can make a pretty good guess where. Oh well, cool as heck to watch them. Roughly 135 in total and in a stalkable location if the BMA was open and I could loop around them
Last edited: Yesterday at 10:32 AM
You must log in or register to reply here.