We had a really fine opening day. My wife and I were hunting about a mile apart. It happened really early for me. I heard my bird on the roost and he came down straight to my clucks. I have been hunting my whole life in NC and had never killed a turkey that weighed 20#. I know they kill them a lot bigger in other states but in NC, 20#ers aren't behind every bush. Mine weighed 20# on the nose, 10" 1" fat spurs. 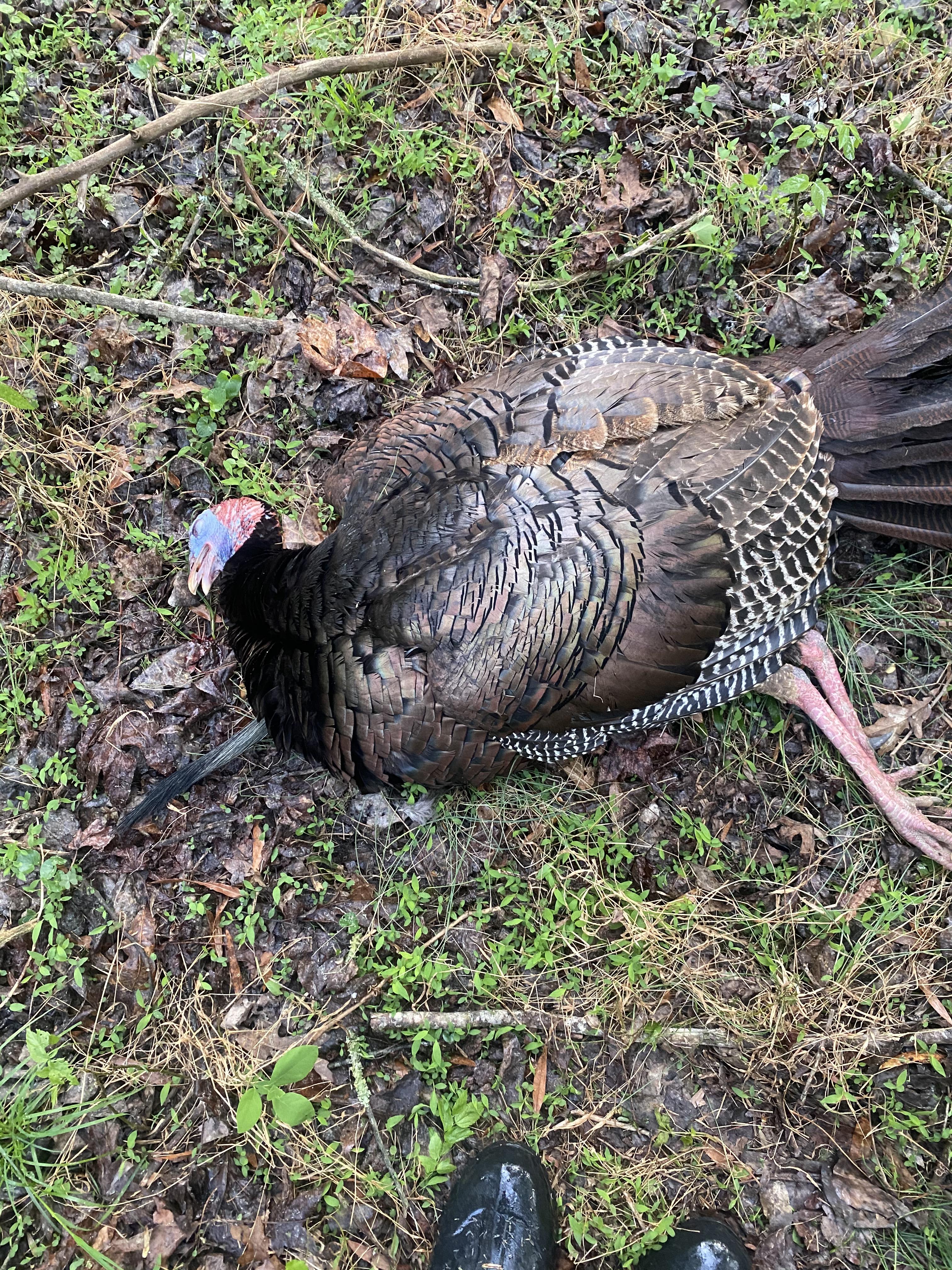 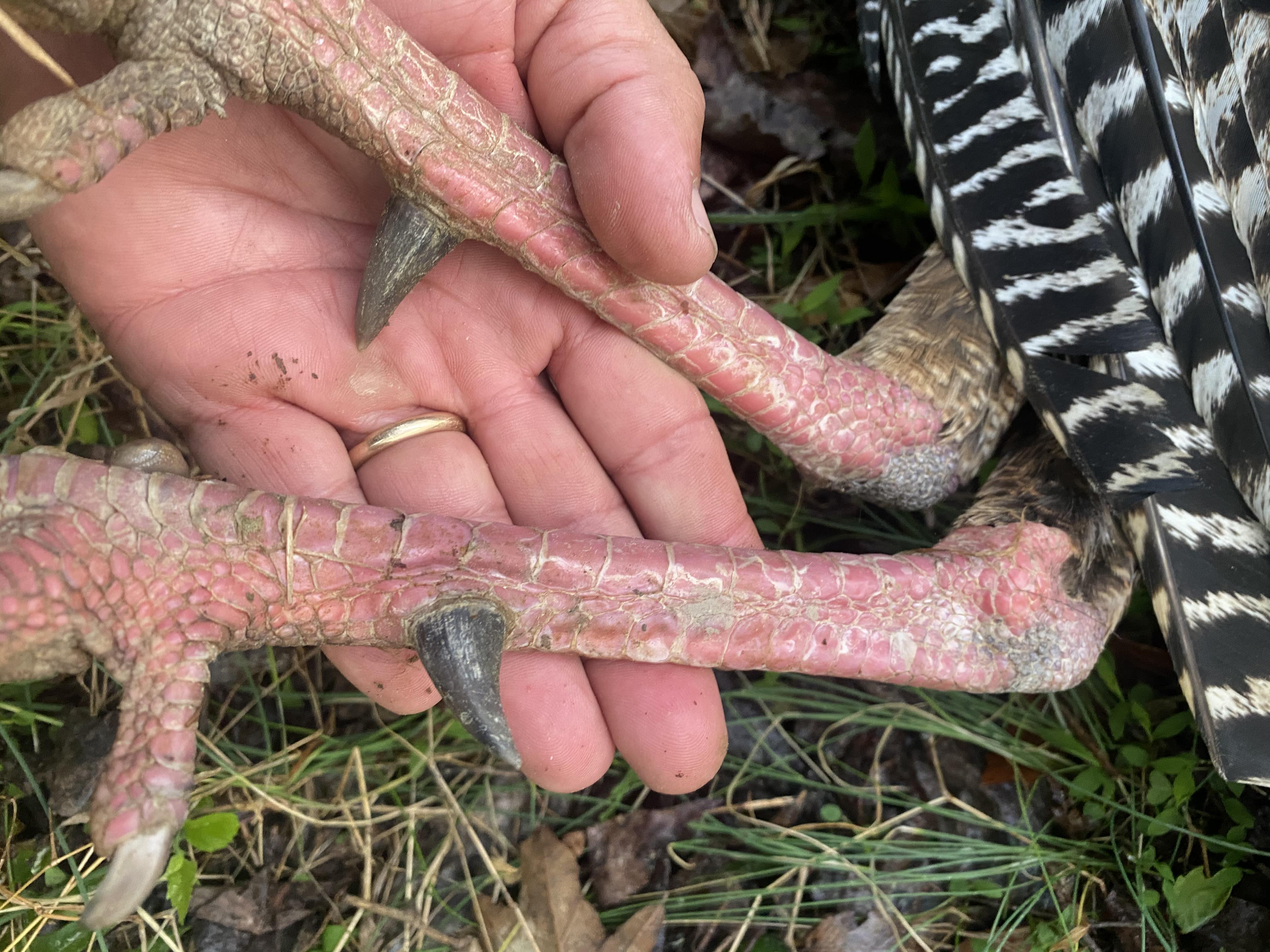 My wife had to work much hard for hers. She had a bird gobbling at daylight but he was on another property and she was unable to pull him in. SHe hunted all day and at 2 PM, she called in a hen and a very nice gobbler. Hers was 21.6# 10.25" 1".
Not bad for a young girl of 73. 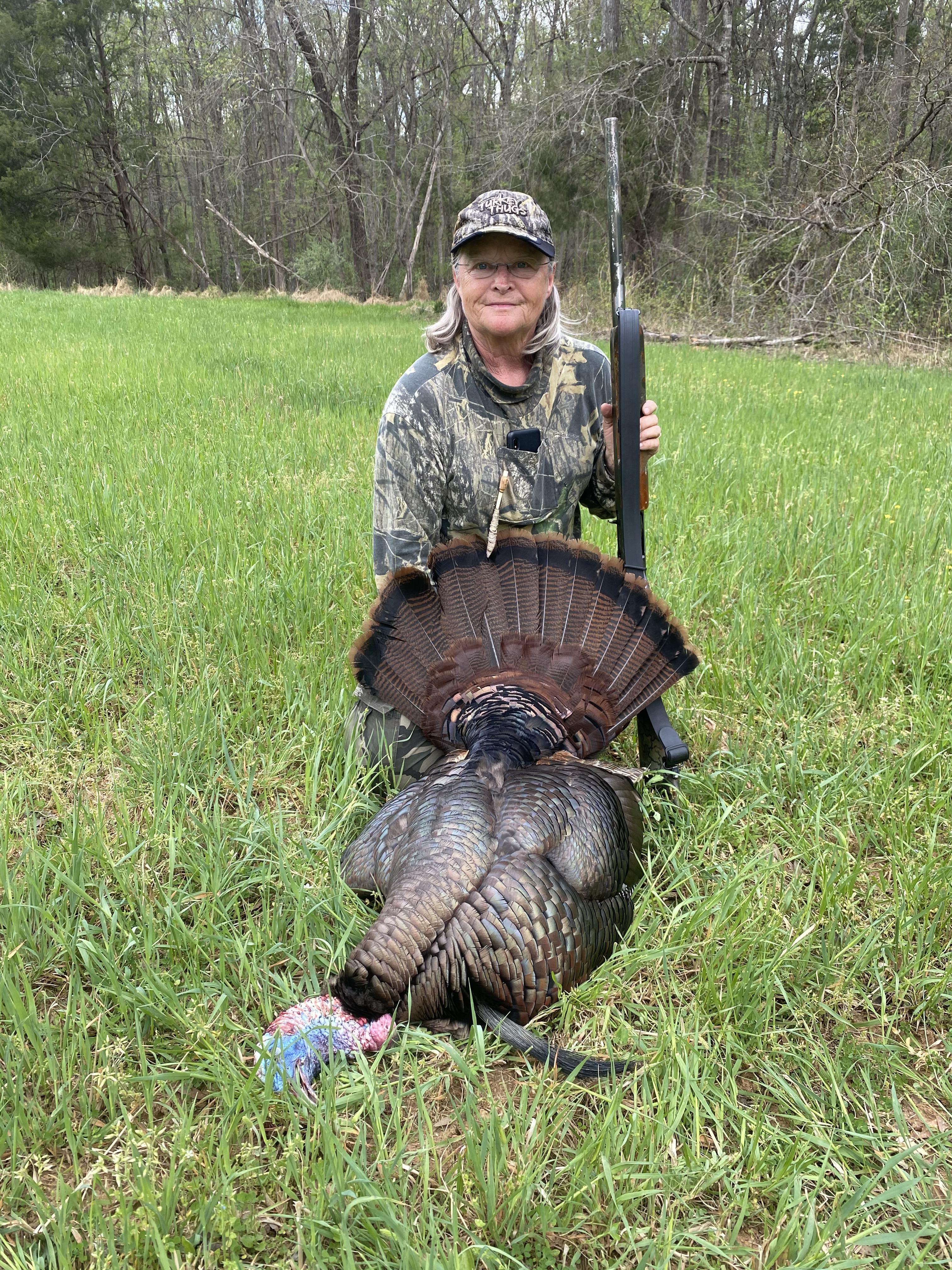 Good looking birds! Great hunt for both of you

Nice birds!!! My season has been very quiet so far in Nc. No gobbling where traditionally I hear it pretty consistently.
You must log in or register to reply here.

Tagged out in NC

The First 10 days of the SC turkey season