Dennis Gale said:
Another advantage of the single axle utility-type trailer is that you can get it back on some pretty gnarly primitive roads that you could never negotiate with a horse trailer (I've done it). If it is all you can afford or have access to, it is excellent way to start with a couple of llamas. If you move up to a horse trailer, you can still use the utility trailer for all kinds of other hauling work.
Click to expand...

I would be warry of a single axel trailer. Think of being on the interstate in the summer, having a blow out and having to jack the trailer up on 100degree asphault while you animal cooks. And jacking up all that shifting wobbly weight.

It'll still be a couple years for Pedro. I'm not sure I'll get there with Momma. She can be a real pain in the......I do know she is a champion dewormer spitter. 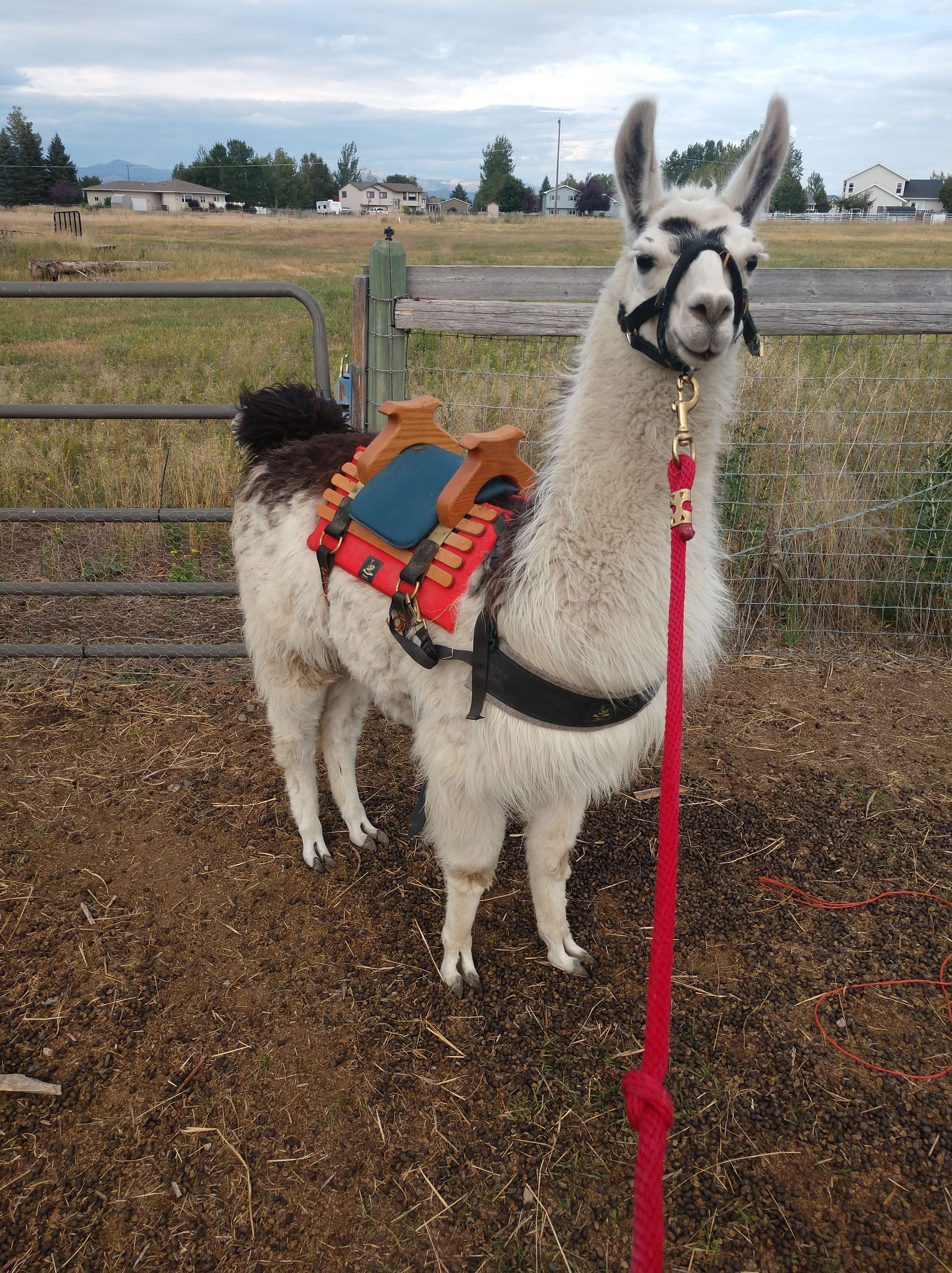 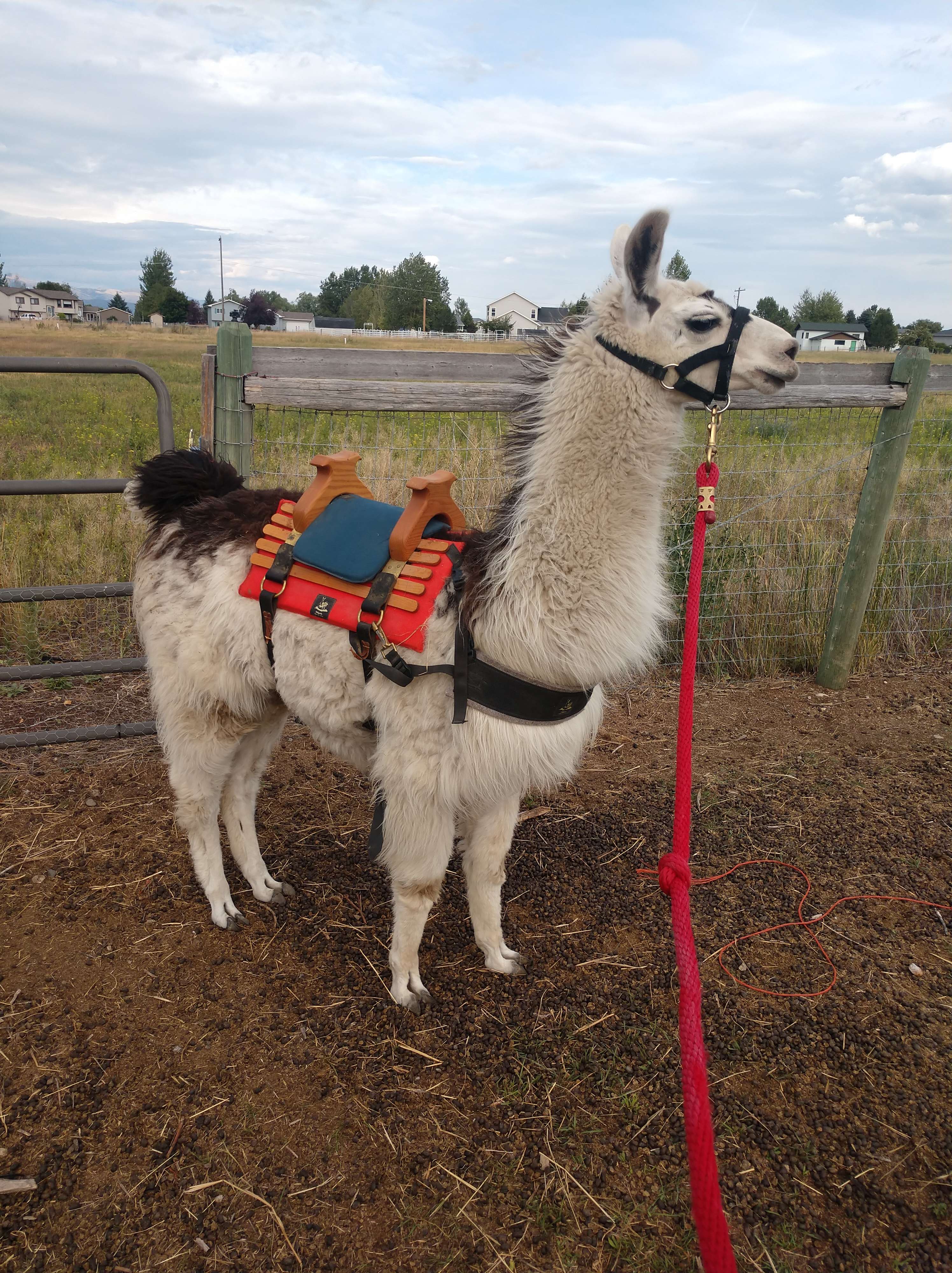 Anything new? I've recently picked up two young males. We have a lot to learn, me more than them I think. Our current struggle is catching them. Its not impossible especially with the youngest one (they are 10 months and 6 months) but the older one is pretty skiddish. I can catch him, but I fear I'm not creating a whole lot of trust with him as he really doesn't want to be caught.
B

Have you tried shaking a grain can at them ? giving them a handful when you go out there just to check on them then transitioning into catching them ? they will associate it with food and it also would be helpful if one ever gets loose in the open. it works with my horses and my one llama
OP
H

Other than Pedro getting a little bigger, there isn't much to report. When I first got them I purchased a video (I don't recall name) where a woman shows her method for catching and haltering llamas. I usually cheat by using feed and trapping them in a 10 x 10 enclosure. Pedro doesn't mind, but Momma does. I'm constantly on the lookout for another young one. I think that is where to start.

This is my Pedro in august at 4 months old

Now at 9 months out for a training walk

One of mine is 6 months and the other one about 11 months. The younger one really is a lot easier, not only to handle because he's so small but he's just less jumpy. We had a good weekend though I was able to halter them several times and have got to where I'm only graining them after catching them. I should try the shaking the grain trick I think thats a good idea. I have more to learn than the llamas do
OP
H

Trimmed Pedro's toes today on the back patio. My granddaughter likes to pet him. He wasn't sure about the attention while I worked on his back toes. 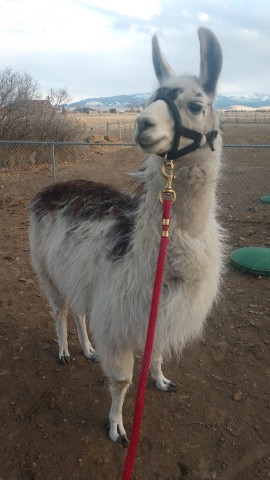 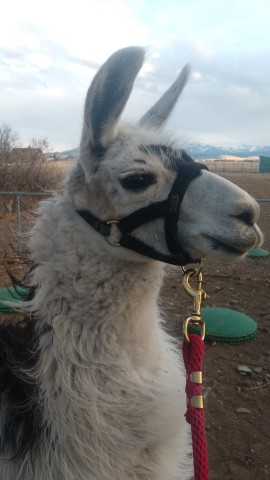 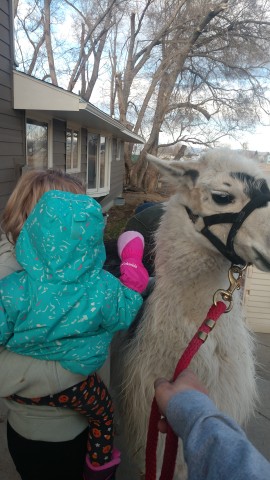 I've had some updates on my llama mutts on my 2020 Montana live thread but not posted up anything here in a while.

Pedro has been loaded a few times now in an old horse trailer that I bought from a coworker. One of those times included a trip to the vet in October for nut and fighting teeth trimming. I don't think he appreciated it but he survived.

Pedro will be three and a half next September so I'm planning to pack with him some this summer starting very light. Here's to hoping he works out. 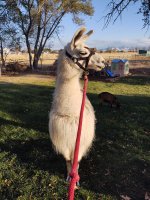 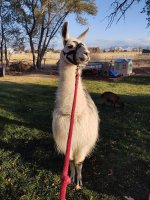 He now has a brother Marco that was born in the end of August on an unusually cold and windy August day. I was worried he'd freeze but a good towel drying and he was up nursing before too long and Momma (Tina) has done a good job taking care of him. My plan is to get rid of Momma once Marco is weaned. She could probably be trained by someone with more patience and skill than me but I don't like the rodeo and my plan was for Pedro to work out with Momma being a maybe.

Here is Marco back in October: 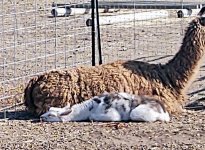 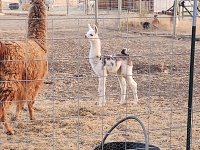 Here he is looking wooly and dirty a week ago: 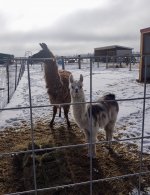 Thanks for the updates. Always fun to learn about something new to me
OP
H

dakotaduner said:
Thanks for the updates. Always fun to learn about something new to me
Click to expand...

It's all new to me also. I've been feeding him for going on 3 years so that's not new, but I'm still a rookie. I didn't know what to do for the cria so lucky that Momma did. I worried about him for several days until the weather got better and he was getting around better.

Hobbes, sounds like a fun adventure. When you get really annoyed by them just remember you could have probably rented llamas for 10 hunting season for the money you have in them already!

Ucsdryder said:
Hobbes, sounds like a fun adventure. When you get really annoyed by them just remember you could have probably rented llamas for 10 hunting season for the money you have in them already!

That's no joke. I need to buy hay now.
I probably should have bought a single solid horse and called it good. Although, a llama rodeo isn't quite as dangerous as a horse rodeo.
You must log in or register to reply here.