Should I have a back up or are they pretty reliable? Only in field 10 days and filter supposed to be good for 1,500 liters.

Im thinking I’ll go with just one filter and then some aqua Mira drops as back up.
R

I haven't used Platypus but am still on the original filter in my Katadyn Base Camp after using it for multiple trips over the past few years. The cleaner the water you put in, the better it will perform and the longer it will last.

I recommend giving it a test before you head out and make sure it's working properly. I was in the backcountry with a friend when I discovered the included filter was faulty and essentially wouldn't let any water through. Katadyn was great and sent me a replacmeent no prob, but I wish I had tested it out before leaving.

I use a different filter, but agree with the strategy of one filter and drops or tablets for backup
OP
P

roughnecknine0 said:
I haven't used Platypus but am still on the original filter in my Katadyn Base Camp after using it for multiple trips over the past few years. The cleaner the water you put in, the better it will perform and the longer it will last.

I recommend giving it a test before you head out and make sure it's working properly. I was in the backcountry with a friend when I discovered the included filter was faulty and essentially wouldn't let any water through. Katadyn was great and sent me a replacmeent no prob, but I wish I had tested it out before leaving.
Click to expand...

Yeah. I’ll test before going afield for sure. $$$ is getting a little out of control, so if I can get by with one filter I sure will try.
P

I have a Platypus gravity fed set up. Really like it and works well for me. I have used mine on some back pack hunts with out any issues.

Ran it last year, worked great. My only issue was sand would start to impede flow. Took syringe n back flushed every so often

Irregardless always have backup…Aqua Mira drops for me 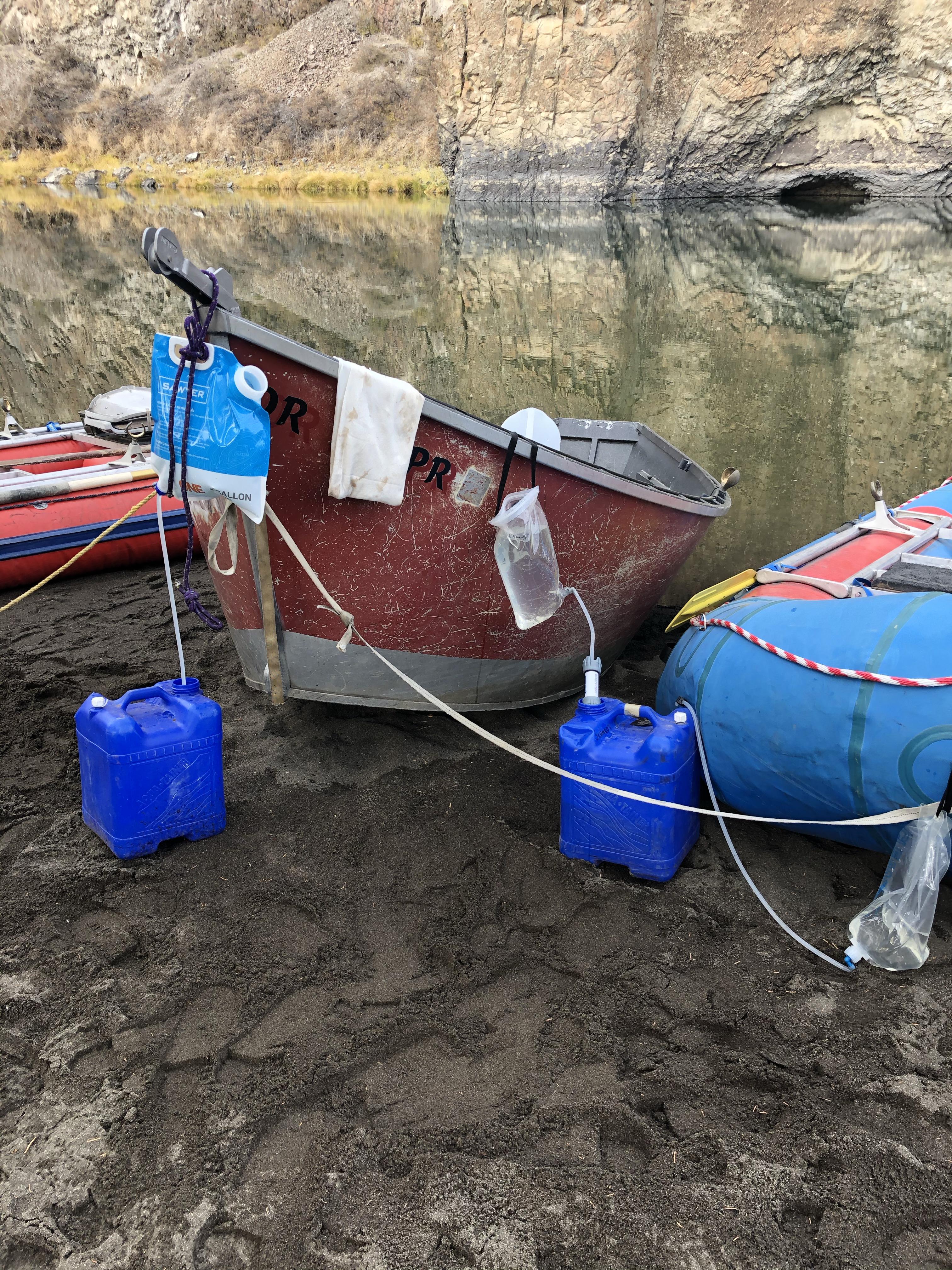 I have run one for a few years now. Works well. Gotta back flush. Flow rate slows way down if things get clogged. The cleaner things are going in the better. Filter through a bandanna as you pour in if you have to.

pro tip: if you are in a hurry, squeeze the shit out of the dirty bag (make sure it is closed) and it will accelerate your filter rate dramatically.

take the aqua Mira drops as a back up back up and in case you don’t want to wait for the gravity filter (in a hurry on the trail).
OP
P

K. Sounds like I’m on right track. Will stick with one filter and back up drops. Back flow with clean water if need be.
M

I'll third the need for backflushing often if there is debris in the water. I'm on 5 years with the same filter and it's working well.

I went with 1 platypus gravity filter, and aquamira drops. Definitely want to backflush your filter pretty much everytime. It just keeps the crap from building up and restricting the flow.
A

The key to a long life on the platypus filter is back flushing. I generally give the clean bag a good squeeze to back flush after every filtering and that gets most of the bigger debry out of the filter. After a few filtering's I will generally let about a 1/2 bag of clean water back flush the filter. And then when I get home i generally run 3 or 4 bags of clean water through backwards again to backflush as much out of the filter as possible. The filter has lasted me for multiple years now, the other key thing about them is you do not want to let the freeze or you will be buying a new filter.
OP
P

Okay. Good to know on the freezing thing. I guess if temps begin to drop I’ll bring into tent / bag with us.

How to/how long to dry out the filter so you do not have to worry if it is in below freezing temps?
A

*zap* said:
How to/how long to dry out the filter so you do not have to worry if it is in below freezing temps?
Click to expand...

personally if I have been using it out on my trip and I know it will get cold out at night. I will be bringing it into the tent and keeping it warm. If it is in my pack and we are moving locations when it is cold out, I will pack it in the middle so that it is well insulated.

^appreciate that info, I was wondering more about storage in a non climate controlled area after using the filter for a trip or if carrying it before use/as a back up.
R

[mention]*zap* [/mention]for long term storage I generally clean/backflush as needed then leave it on a warm/sunlit windowsill for a few days to dry out. Then it goes in a ziplock bag with a silica pouch. The bag is more for dust than anything and I figure while it's in a bag it wouldn't hurt to toss a dessicant in.
Last edited: Sep 17, 2021

Appreciate that, the platapus looked good to me on the reviews I watched.
J

I've had a Platypus Gravity Works for several years now. The seal on the dirty bag isn't good. Others have better options. The dry bag style closure Lifestraw uses on their system works much better, but that system is heavier overall. I bought a similar bag off Amazon for my Gravity Works, but haven't had the chance to use it yet.

I've also had the need to backflush a lot on trips with mine. Sometimes there's something you can't see in the water that really wreaks havoc on the filter, and the only way to get it back in service was to pressure backflush with a pump filter. Bringing a syringe for backflshing is a good idea.

The Gravity Works filter by itself does nothing for taste, which may matter or not depending on your water source. I have the carbon filter for mine, but it's really slow. It does work well for what it's supposed to do.

If I had to buy mine again, I don't know that I would, but I don't think there's another clear winner out there. I'll probably slowly replace peices I don't like, and eventually end up with a hybrid system.

For what it's worth, I do also have a pump filter I really like (First Need), but a gravity filter certainly has its advantages, and is much lighter.
You must log in or register to reply here.

anyone have experience with the MSR Trailshot filter?
2

When the Universe is conspiring against you...
2