What are you guys preferring for hunting predators when calling, a bipod attached to the rifle for sitting (e.g. harris 12-25) or something like a short trigger stick tripod? I feel the trigger stick would give me more versatility. I do have a harris 9-13 already.

A 9 to 13 isn't tall enough for sitting position. I think my attached bipod goes to 27 but it may be 23. My son has been using these cheap sticks with his AR https://www.sportsmans.com/shooting...ooting-stick-by-hunters-specialties/p/1243723

One pro for an attached is you don't forget it at the truck or in the field. The con is the weight.
Last edited: Jan 24, 2021

I use nuggets night vision tripods, the pro is amazing. The owner is a great man too.

UWbadger1013 said:
What are you guys preferring for hunting predators when calling, a bipod attached to the rifle for sitting (e.g. harris 12-25) or something like a short trigger stick tripod? I feel the trigger stick would give me more versatility. I do have a harris 9-13 already.

Sent from my SM-G960U using Tapatalk
Click to expand...

The Shorter Trigger Stick Tripod. Having that third leg when you're on a slope is very helpful.

EDIT: Majority of the time, If I have to hike-in a long way, I'll instead just use the Cabelas Kwik Stix. Super cheap very packable and don't weigh anything.

But for OpenCountry Desert Hills, I'll go for the Trigger stick because I know I'll often be on a steeply sloped hill. Or.. if the terrain is very very soft where the Kiwk Stik's will be problematic with wanting to sink-in all the time, then I'll possibly opt for the trigger stick.

The real nice thing about the Trigger stick, for me anyway, is that with it I can usually leave the rifle perched on the yoke and have the buttstock resting on my thigh/hip at the ready, with my arm laying just on the outside of the buttstock so my elbow ensures it remains held upright. And that's really great for conserving energy out there. Ya can't really do that very well with the minimalistic Kwik Stiks.
Last edited: Jan 28, 2021
D

I’ve slowly been transitioning to tripods. A rifle mounted on a tripod is a lot more stable than a bipod.

dirtytough said:
I’ve slowly been transitioning to tripods. A rifle mounted on a tripod is a lot more stable than a bipod.
Click to expand...

Oh man, what a difference they make! Sucks they can be a bit more $$.

A decent priced one can be had at nuggets or predator tactics for those who are still looking.

I have used a tripod during the day as well as a bipod. I have transitioned to using a modular evolution bipod during the day. Simple on and off of the legs. They are carbon fiber so they weigh next to nothing. I do still use a tripod with an arca Swiss rail attachment at night as standing up is a necessity. The issue I had with the tripod and sitting if you have a dog come from where you don’t think it’s really hard to move a tripod discretely. So the bipod gets the nod during the day 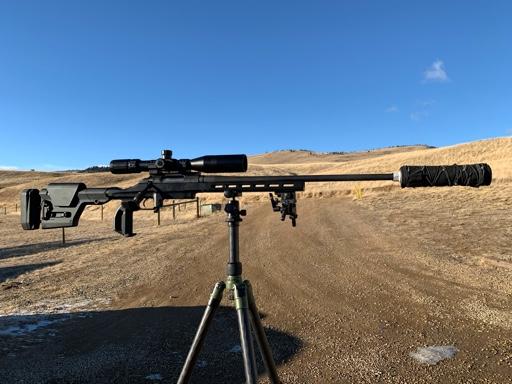 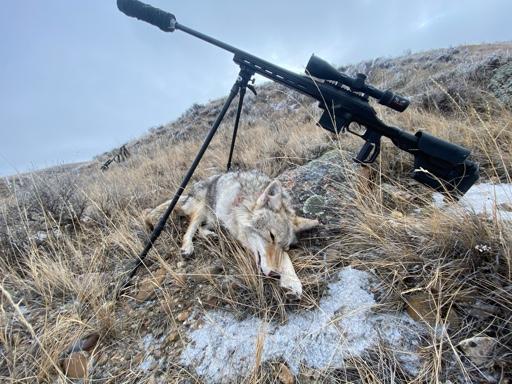 Trapperkid said:
I just mounted a swagger bipod on my new predator rifle and though I hate how bulky it is I absolutely love the versatility of it I can shot sitting on even ground all the way to prone
Click to expand...

How sturdy is it overall? Obviously less than a tripod but still very manageable?
T

How sturdy is it overall? Obviously less than a tripod but still very manageable?
Click to expand...

Surprisingly it’s pretty sturdy even from a seated position. Now it’s obviously not like a shorter laying down bipod (which you can do with the swagger) it’s pretty good for sitting.
You must log in or register to reply here.