Sawyer squeeze as a gravity filter

I've heard a lot of people using the sawyer squeeze or the sawyer mini as an inline with their water bladders, but how many of you are using it as a gravity filter back at your base camp or spike camp?

I've used mine that way. Definitely slower if you're not squeezing it but if it's just hanging for hours and you don't need water right away it still works.

I do it both ways. I have some pictures around here somewhere I think. My bladder in my pack is "dirty" and I filter inline for a drink. However, if I need to fill up someone else's bladder or a larger reservoir, I use it as a gravity filter. Works quite well and doesn't take hours as BruinPoint eludes. Maybe 5-10 minutes to filter a 3L bladder of water into something else.

colonel00 said:
Works quite well and doesn't take hours as BruinPoint eludes. Maybe 5-10 minutes to filter a 3L bladder of water into something else.
Click to expand...

Maybe when the filter is new. Mine definitely doesn't work that fast. 5 minutes with squeezing might get me 3L, and that's spring water near the source.

BruinPoint said:
Maybe when the filter is new. Mine definitely doesn't work that fast. 5 minutes with squeezing might get me 3L, and that's spring water near the source.

Interesting. Have you flushed it? Is it the regular or the mini? I wasn't impressed with the mini at all but the regular one has worked fine. How did you have it set up to gravity feed? Also, was it primed with water to get the flow going?

Here's a photo of Becca Moffatt using he slick setup of hanging the bag on a trekking pole to keep it elevated. I know there are better photos around though. 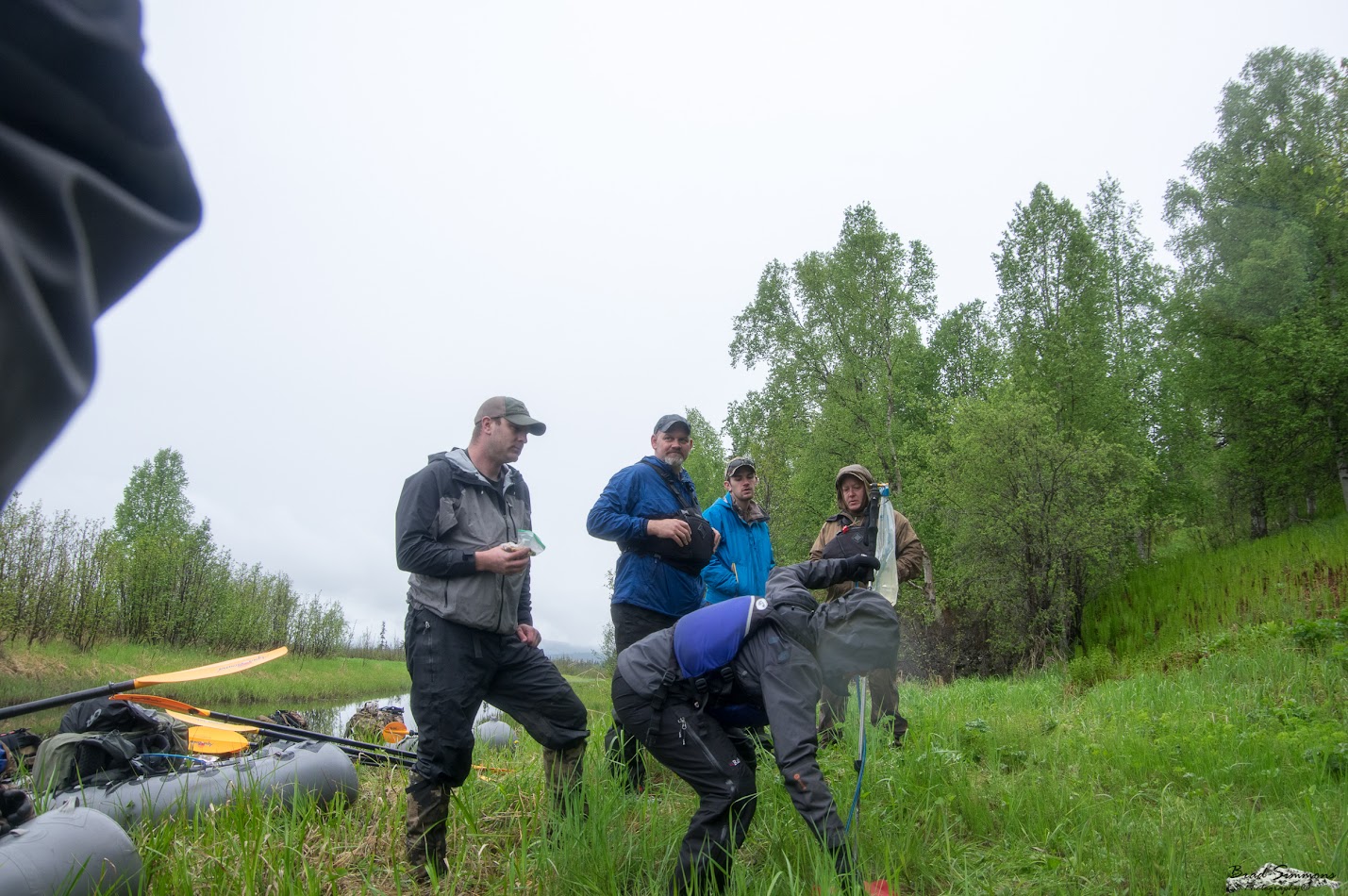 Here's a mediocre photo of my wife holding my bladder as we filled up a 10L MSR bladder. I have a quick disconnect by my mouthpiece so I can pop that off and the water will flow freely. 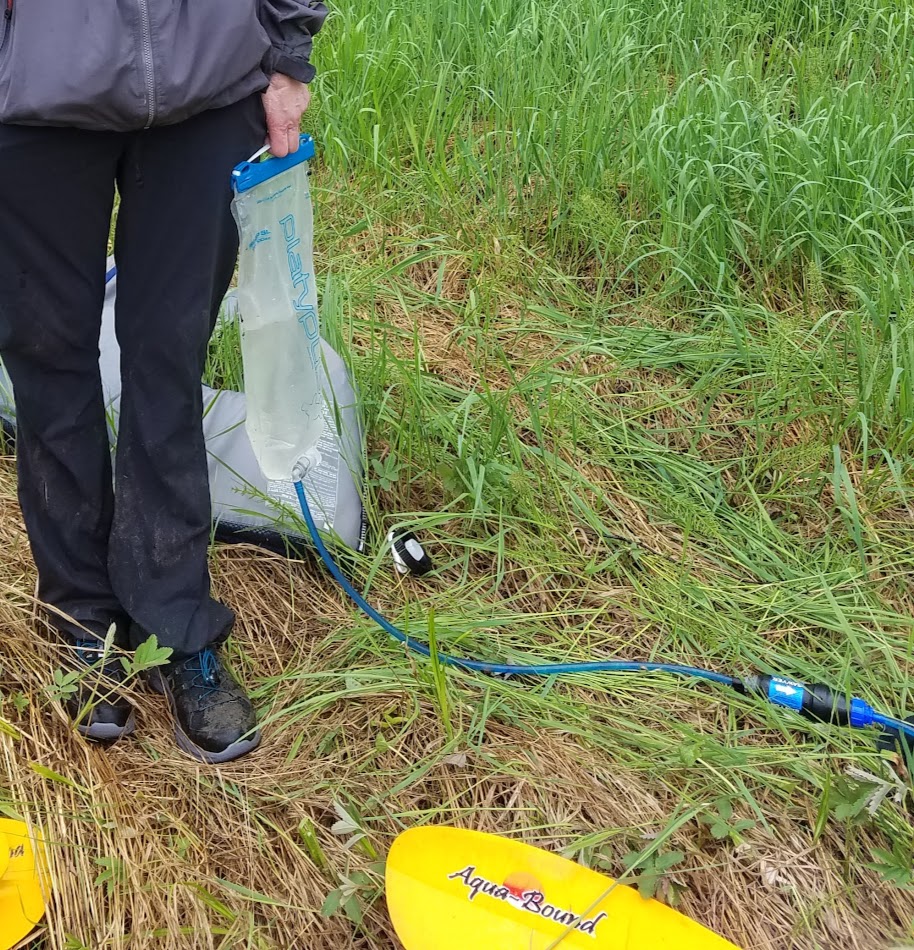 Mine's a mini. Back-flushed, primed, all that. This has been my experience, as always YMMV.

3L in 5-10 minutes seems optimistic to me too. Squeezing will definitely get it done that fast though. I much prefer to use mine as a squeeze because it just seems like less to mess with. I fill the squeeze bag with water and connect it inline to my bladder hose and squeeze it in there. Never even have to open my pack. I think if I was running it as a gravity filter I would constanty be worrying if it was clogged up and just hanging in camp doing nothing. Its probably best to plan according to how clean the water is where you are. If its dirty you can squeeze and backflush but if its fairly clean you could use it gravity style.
OP
C

My idea was to set it as a gravity filter at night while I am making my mountain house meals and getting my camp ready for bed. By the time I get all that done I can have 4L for the next day. Kinda set it and forget it while I am doing other stuff.

Should work well for that. Dont let it freeze and youll be good.
S

I backflush a lot and we always use clear water. I have an extra camelbak bag and just fill it and let it hang in camp. I know they are heavy but just let it drip into a nalgene bottle.

Felix40 said:
Should work well for that. Dont let it freeze and youll be good.
Click to expand...

Ya, plan to put in a zip lock bag afterwards and keep in my sleeping bag.

i hated using the sawer inline and for gravity. really slow and always getting plugged. using the RapidPure scout so far this year and so far (limited use) it gets it done fast.
E

Tsnider said:
i hated using the sawer inline and for gravity. really slow and always getting plugged. using the RapidPure scout so far this year and so far (limited use) it gets it done fast.
Click to expand...

I'm also in the camp of having bad experiences with my Sawyer despite going over-board on clean water sources and back-flushing. Care to share your experience with the RapidPure? I didn't see any information on the lifespan of the filter, although that of course depends on the water source you use.

I really like the approach of a disposable inner filter. After some amount of use, just replace for the ~$35.

it’s like 20$ on amazon for a new filter replacement. I read a write up on the backpacking light forums, and I think they basically just slow down and then eventually stop. the water sources I use are almost always clear and clean. I have seen videos of the RapidPure filtering some gnarly water without much slowing down.

the idea of the filter just plugging up would probably scare some people away and I do carry a Steripen for day use, as well as tablets as an end all. from the way the filter is designed though, I can’t see it just stopping flow like the sawyer does unless you filled it with mud. I read the filter is rated to thousands of gallons, but again it depends on water source. I plan on replacing the filter once a year unless I have to filter some really gnarly shit, then I might replace it for good measure and to keep up flow rates.

had it mostly freeze a few weeks ago turkey hunting and I asked the company if I need to replace it and they said its good for a few freezes due to the nature of how the filter works. so, that’s a bonus.
C

I have a mini in-line on my Geigerrig and I also have the Sawyer gravity filter set. The gravity set is much faster but a little bit heavier/bulkier, but I have found myself liking it better. Roughly 60 seconds for 2L, especially if you squeeze it till water gets flowing and you get a little suction effect.
H

My sawyer does just fine. I do have to occasionally back flush it but its no big deal 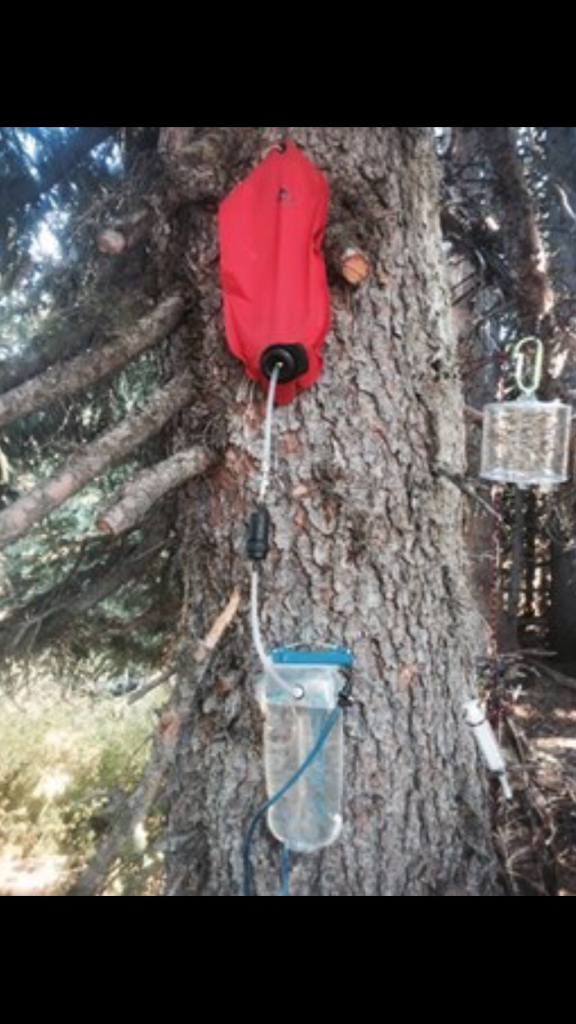 I've had good luck with the sawyer mini as a gravity feed. It does slow down at times after much use but the back flush seems to clean it out quick. Just me experience.

Sent from my SAMSUNG-SM-G900A using Tapatalk

I just bought the squeeze to upgrade flow rate from my mini. The mini was too slow for my liking when filtering for my wife and me. We were on a trip and could only refill once per day.

I also learned from that to adjust my system to include more dirty bag capacity and filter later. It's all personal preference and your kit can evolve for different uses and trips too.


Sent from my iPhone using Tapatalk
I

What are guys using for dirty bags with the mini? Looking for largest wide mouth bag to use for small mountain stream.
You must log in or register to reply here.

Check your water filter before you go