Just got back from my first Colorado elk hunt. Saw some, but couldn't get anywhere near archery distance.

Although I was aware there would be sheep in the area, I was surprised by the fact one of the herders was camped at the intersection of two of the major trails and would sit around and smile while his very aggressive dogs harassed us when we passed through the area to hunt about a mile and a half from his sheep. One night I thought we might have to dispatch a few dogs to defend ourselves. Are they allowed to block major trails? Also, when we tried to talk to him he gave us the "no English" bs.

I always thought the herders were American family's who had tended herds for generations, this guy was clearly not from America. Can't we raise the same money without having foreigners bring their livestock to our national forests?

Sorry for the long rant, but is there anything that can be done to move this guy? I don't think other hunters or hikers shouldn't be able to pass through and area because where this guy is camped. Thanks.

Most herders hire Peruvians to watch their herds all summer, ever since brokeback mountain came out white guys don’t wanna do it anymore.

Wiscohunter said:
I always thought the herders were American family's who had tended herds for generations, this guy was clearly not from America. Can't we raise the same money without having foreigners bring their livestock to our national forests?
Click to expand...

They are likely cheap labor hired by wealthy american families. The sheep farmers from around here seam to be rich republican politicians, that hire cheap labor from somewhere in south america?
P

They're almost always Peruvian. If you speak a bit of Spanish and share some food with them they're always very cool and generally glad to tell you everything they know about whatever animal you're looking for.

I don't speak Spanish, or enough to converse in at as I went B.S in college I haven't spoken since high school. Cheap labor for the rich makes sense. Are there any rules regarding them blocking the trails? What about their dogs? I have as much right to the national forest as they do and those dogs are dangerous.

Wiscohunter said:
Cheap labor for the rich makes sense. Are there any rules regarding them blocking the trails? What about their dogs? I have as much right to the national forest as they do and those dogs are dangerous.
Click to expand...

That’s dibs on the point loose on the board I mean. 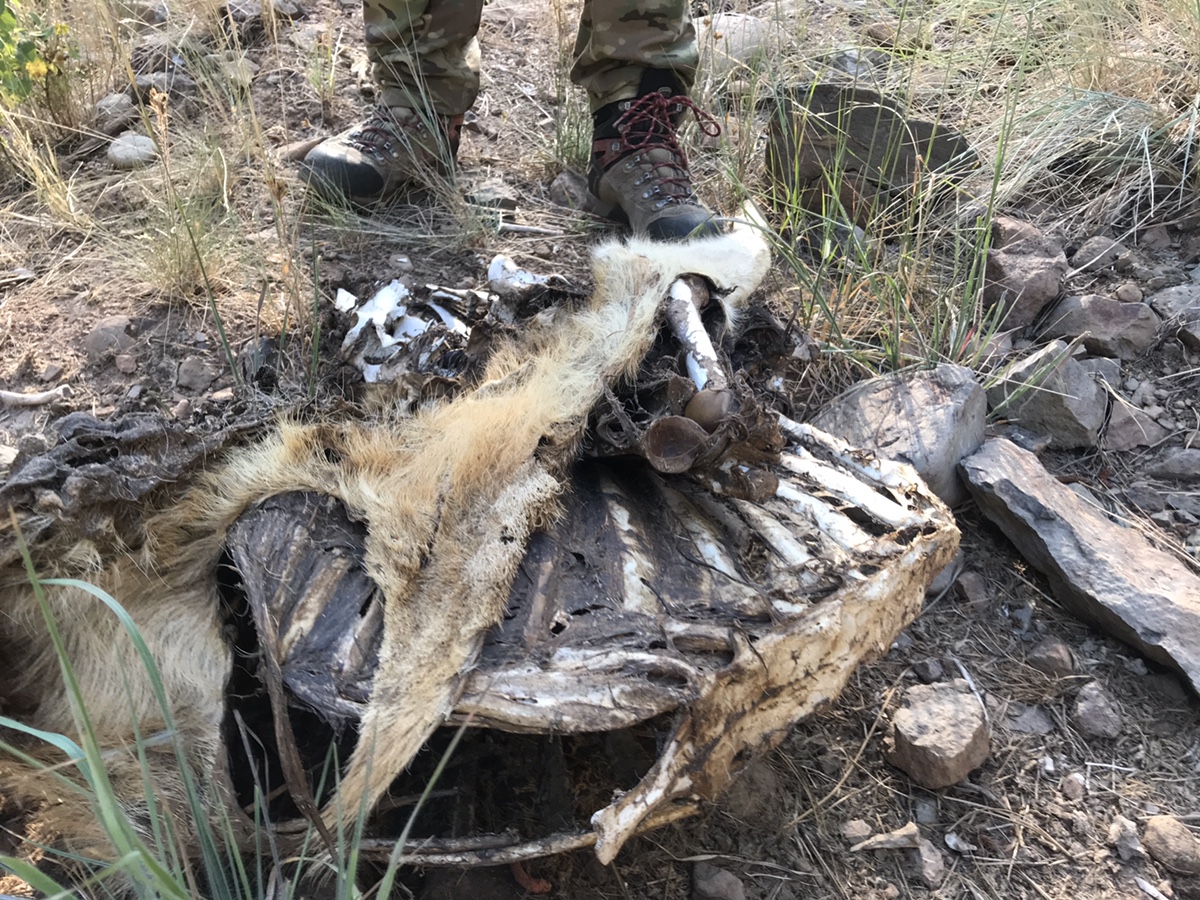 You're racking them up bro.

How were they blocking a trail? They have leased grazing rights. The guys doing the job aren't trying to mess up your hunt or prevent your access nor are the working dogs.

As said above they spend the summer with the sheep then return home. The sheep man that i know has had the rights to that part of the national forest since his dad. He has the same guys come back every year.

Most speak very little to no English
A bottle of cheap whiskey a map of the area and they will point and help you out.

Elk and sheep dont go together. But you can use them. As the sheep and dogs will push elk into areas. Sheep headers in the area i know will not take them into dark timber as there is not food for them.

The dogs can be aggressive thats there job, but ive never had 1 once yelled at keep it up.

On another note, buy a bear tag and back track from the sheep good way to kill 1.


What forest where you in?

Sent from my SAMSUNG-SM-G890A using Tapatalk

Yep, Peruvians and some of the kindest folks you'll meet. If you can get through the language barrier they can be a valuable resource for locating game.

around here they are generally basque.
good folks . I've never had an issue with them.

They make some hilarious tree carvings!!! Keeps it interesting out there for sure
OP
W

In the Routt, sheep and dogs right on the Bears Ears trail (non motorized area)
with the herder camping on a trail intersection. The dogs rushed us when we walked through. It was fine during the day, but heard moved at night and dogs were far more aggressive. I get the dogs are private property and job is to protect the sheep, but I'm not going to allow one to bite me.

As for the elk, they were a solid mile and a half passed the sheep. I'm guessing they were avoiding the sheep and we didn't see another hunter in the area, so they were in a good spot not to be bothered by anyone.
G

If they were big white dogs they were Great Pyrenees, they are mean and I believe they are bred to kill wolves. There were sheep herders where I used to work and I had their dogs try to run me down on more than one occasion, almost had to put a bullet in one. The Peruvian herders are nice guys but I always keep an eye on their dogs.

juan trueno said:
That’s dibs on the point loose on the board I mean.
Click to expand...

Just posted some awesome social media stuff so I will take that point.
I

They're part of life here in Idaho,just avoid them as best you can and never turn your back on a dog when it acts aggressive.
M

Great pyrenees don't stand much chance against a wolf. Two got killed by one wolf last year.
Wisco, the sheep and herder has a right to be there but unless you talk to the FS range con and district ranger they probably dont even know that the could be an issue between the sheep operation and the public.
E

They are all over the area I hunt in the San Juan NF along with cattle. Luckily I switched to rifle seasons and they are gone by then. (Mostly)
M

We’ve had a problem with domestic and feral sheep transmitting disease to our wild sheep in California. Hundreds of our desert bighorn have been wiped out at a single time.

This year, one of our hunt zones had to be cancelled because of a respiratory disease outbreak.

A new survey has found a sharp decline in desert bighorn sheep in Southern California, and biologists suspect the cause is a disease contracted from domestic animals. The California Department of Fish and Wildlife says a survey earlier this month counted 60 bighorns in the Mount San Gorgonio...