Last year I slacked off keeping up with my annual hunting thread. This year I'm going to try to keep it up to date since it's going to be a busy one for us.

I'll start the thread off with some small game action since Aubrey has been putting stuff down.

While I was cleaning her rabbits, she asked if she could walk back up the trail to look for anything else. Absolutely girl, go have an adventure! She and the dog came back about 30 minutes later with a squirrel.

We've officially started getting ready for sheep season. It should be a fun one now that she's 10 years old and can hold her own tag.

Aubrey is pretty small for 9 going on 10 in a couple weeks. Even though she got her 2018 bear and caribou with it, she's had a tough time using my .270 WIN because it's so big on her.

I had been toying with the idea of building a T/C for quite awhile now and decided to finally make it happen. The end result is a 7mm-08 with an overall length of 34-1/4" and a little over 6 lbs scoped and with the sling.

-Kauai Fishing-​
This February, we made another trip to Kauai for some quality family time. One of the more enjoyable things we did was taking a charter with Hunt Fish Kauai. Awesome guys to deal with and we thoroughly enjoyed ourselves.

I laugh every time I look at this picture, Kyleah was NOT impressed when the skipjack shot blood all over her and her favorite hoody!

-Kauai Goat Hunting-
​
A buddy from Kauai and I met up before sunrise and drove to a small pulloff alongside the road. The sun was just beginning to glow as we started down into a steep canyon. Shortly into the hike, my buddy turned and asked if I was ok with heights? Heck of a thing to ask as we're headed down a narrow ridge above cliff bands! We picked our way further down into a steep and rocky valley just as daylight arrived. Goats were bleating all around us and it echoed off of the cliff walls, such a cool experience!

We glassed for several minutes until we found a decent billy. Making our move, we got busted by a nanny and kid which pushed the billy out of our reach into the cliffs above. I quickly realized this wasn't going to be such an easy hunt.

With the first goats out of reach, we pushed further down the canyon and into the main valley. We sat down and glassed for several minutes again which turned up a HUGE billy and then several more great billies. The only problem was that there were so many eyes and noses to fool! Nannies and kids roamed all around them on the nearby hills and cliffs.

As we watched the goats from our vantage point, they mulled about the hillside in no particular direction for over an hour. The brush wasn't thick enough to cover our movement to get within range so we had to wait. At close to an hour and a half, the first of the nannies began to feed over the next ridge. The billies hung back for awhile but eventually followed.

As the last goat crested the ridge, we scrambled to catch up. Carefully cresting the ridge, we expected to see another broad valley. Instead, it was a cliff face dropping straight down and at the bottom the billies were still within sight. I pulled my rangefinder up on the biggest billy at 50 yards. He never gave me anything but a top of the back spinal shot as he walked into the brush. Two other billies paused broadside just long enough for me to range them at 53 yards. As I drew back my bow, one of the billies trotted into the brush. The other paused just long enough for me to settle the pin and punch the release. The arrow zipped straight downhill and hammered him, he dropped immediately.

It took me two trips to Kauai but I finally got it done on a great billy!

We dressed him in short order and got the meat loaded in my pack. My buddy was nice and insisted that he at least carry the horns out for me. As we made our way back towards the truck, the Alaskan in me really started to show. I wasn't all that winded but I was borderline about to have a heat stroke haha! Luckily the sun stayed behind a few clouds as we picked our way back up through the cliffs.

My favorite reaction was from the agriculture inspector at the airport. As our bags went through the scanner, he paused my cooler on the belt and gave me a wide eyed look, "Nice goat man!" I chuckled and thanked him as the other people around me looked confused.

Congratulations on the goat and great to see your daughter out hunting !
OP

Shrek said:
Congratulations on the goat and great to see your daughter out hunting !
Click to expand...

Thanks! Ever since she shot her grizzly last spring I can't see myself getting to pull the trigger on anything but an archery hunt, she's hooked!

Awesome right up bud! Can’t wait to read more. I can’t wait for my boy to catch the hunting bug.
OP

MTNSULLY01 said:
Awesome right up bud! Can’t wait to read more. I can’t wait for my boy to catch the hunting bug.
Click to expand...

Thanks man! For me, watching the kids be successful is 1000 times more rewarding than my own success.
OP

If you aren’t saving your Hawaiian Goat meat, you’re missing out! 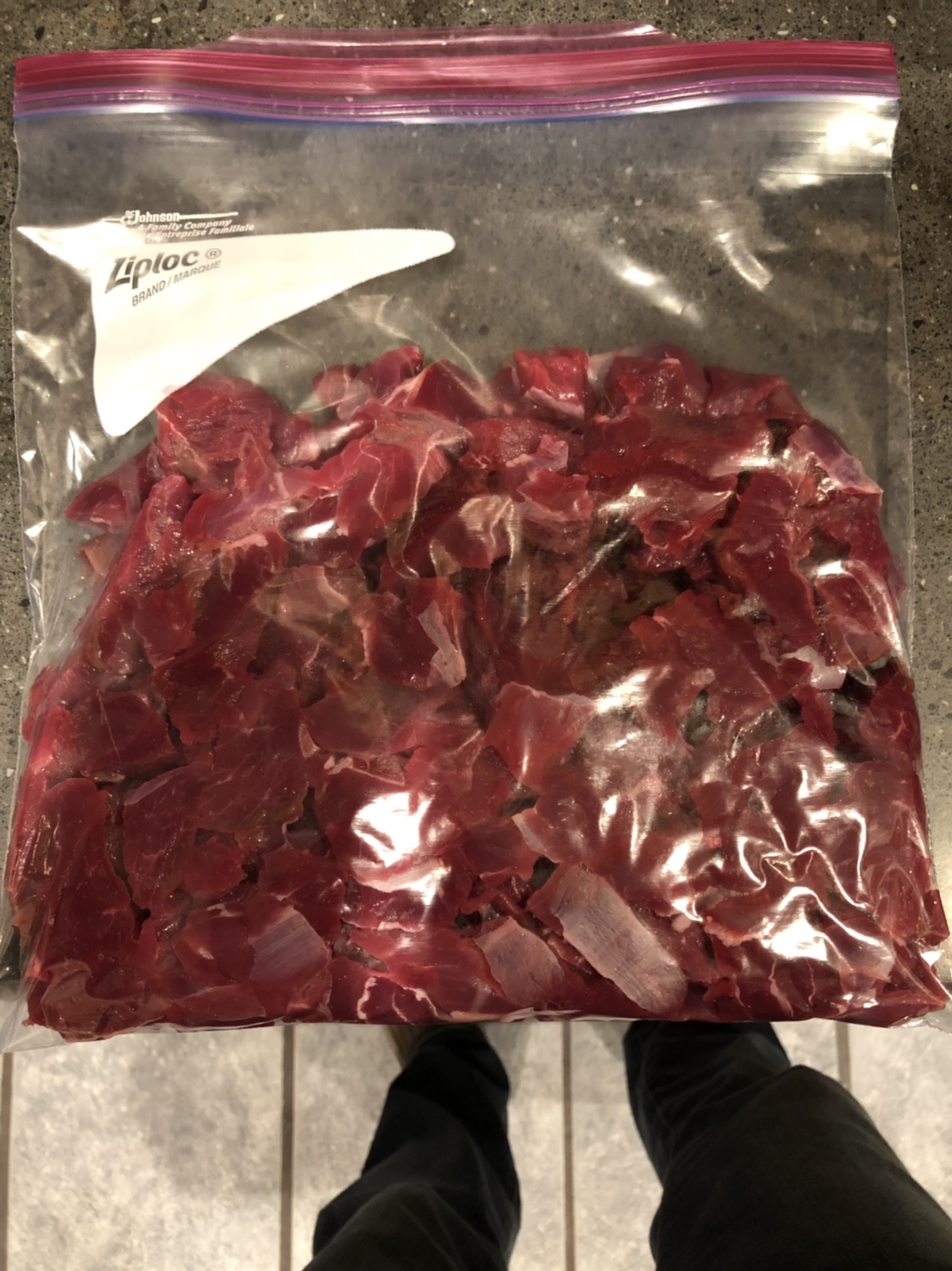 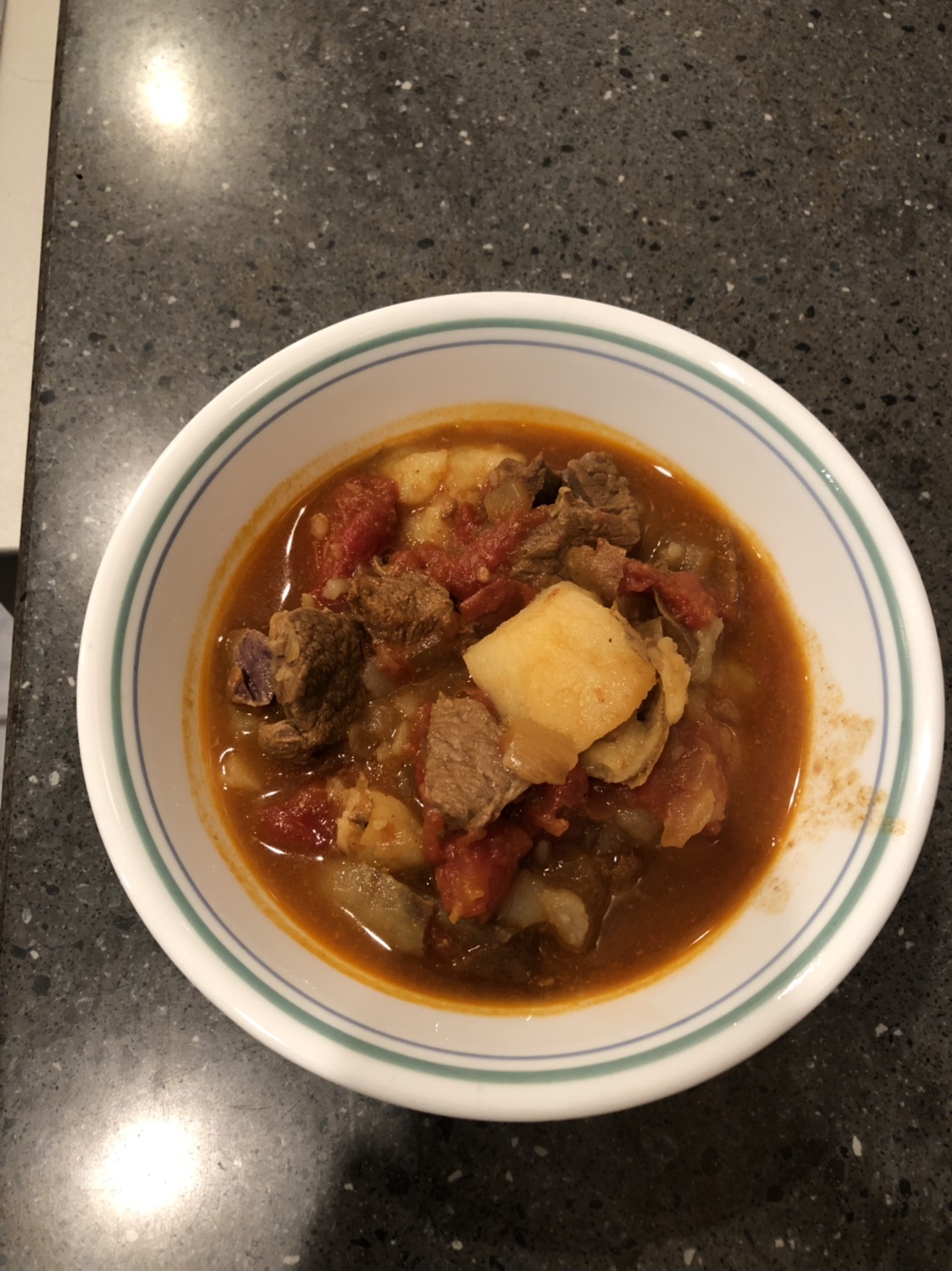 Awesome stuff! Was the goat hunt on public?
OP

PDob said:
Awesome stuff! Was the goat hunt on public?
Click to expand...

DIY public land. There’s actually a lot of opportunity on Kauai for it. I was fortunate to have a local buddy help show me some new area.
M

Great pics and write up. Man I love Kauai!
J

Thanks for letting us tag along. I have a daughter who likes to go along hunting/fishing also. Hope she does not grow out of it anytime soon. Good times!
C 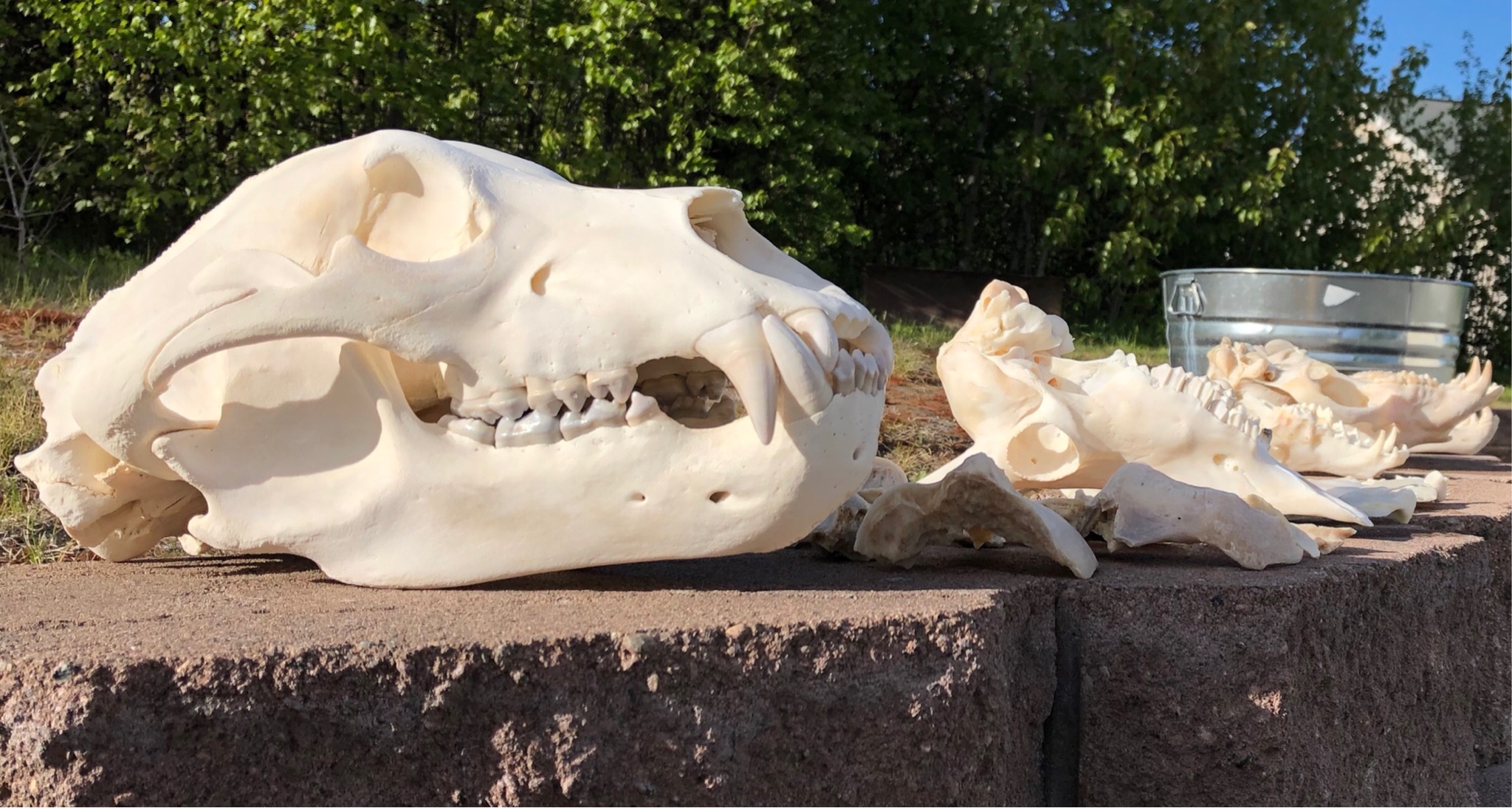 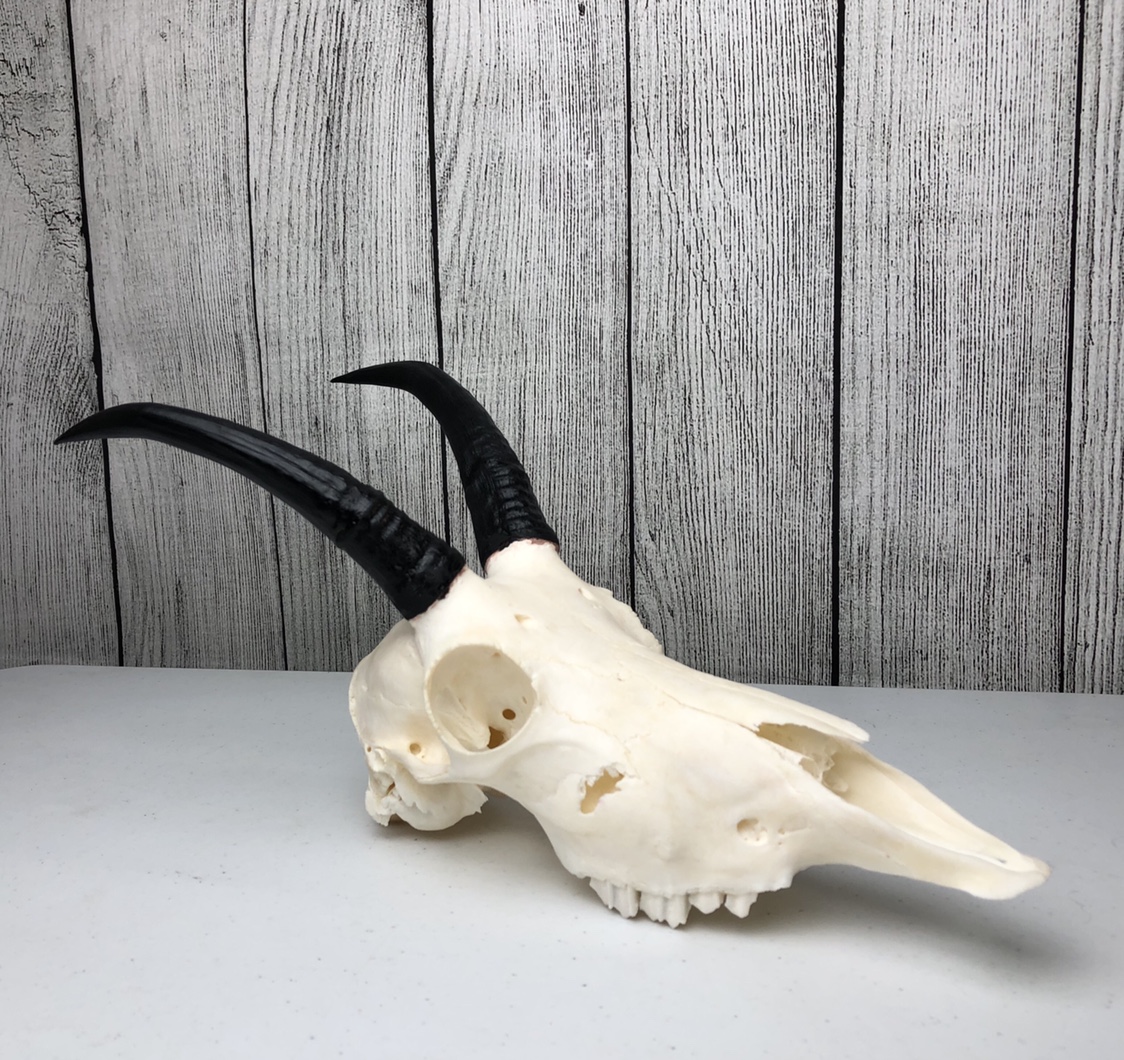 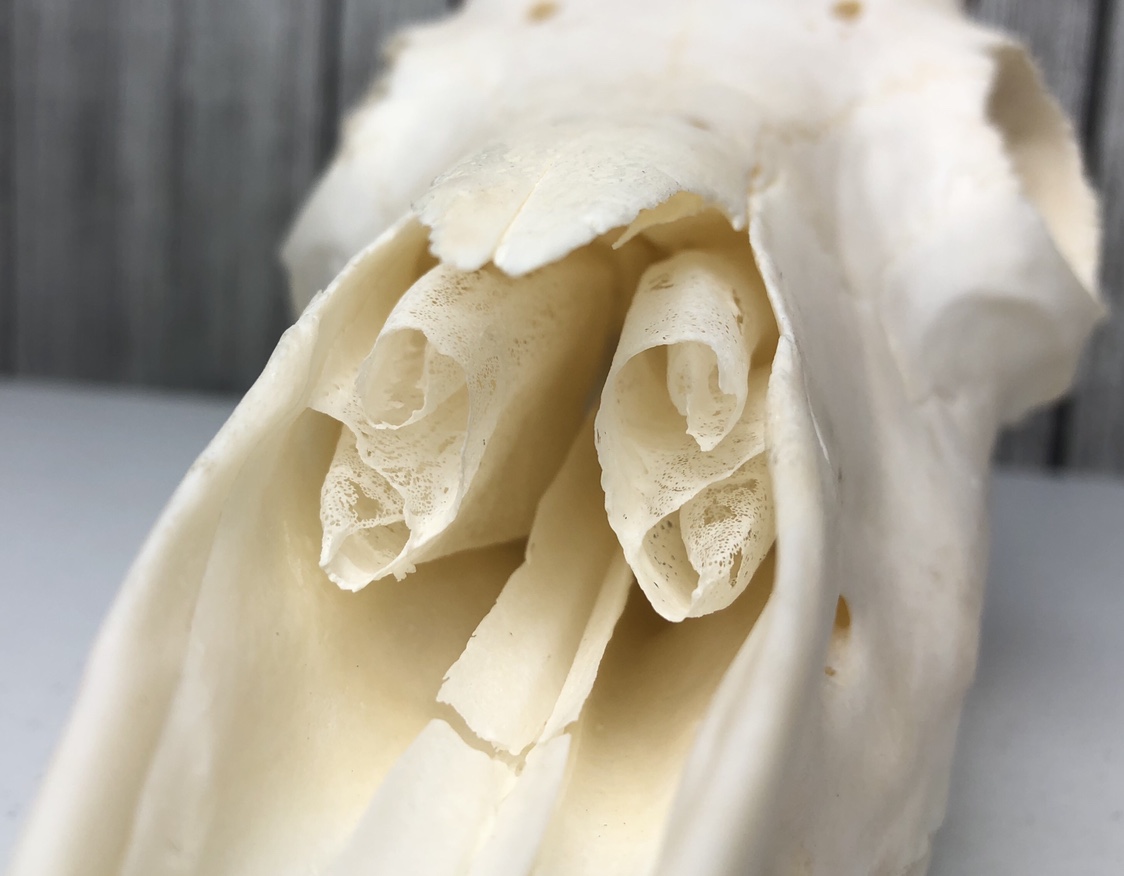 Figured I’d update my thread, I started cleaning skulls for more than just family so my evenings have gotten pretty busy.

Lookin’ good Kyle! Do you have beetles?

AK Troutbum said:
Lookin’ good Kyle! Do you have beetles?
Click to expand...

Yep! Built them a great big enclosure last fall and I can take up to an 84" wide piece. Right now I have three caribou, a moose, several bears and my bison inside.
OP

We’re running our bait stand again this year and have some good bears hitting the bait. Hopefully this dude shows up this weekend. We had a fairly western standoff last night when I was hauling bait in. 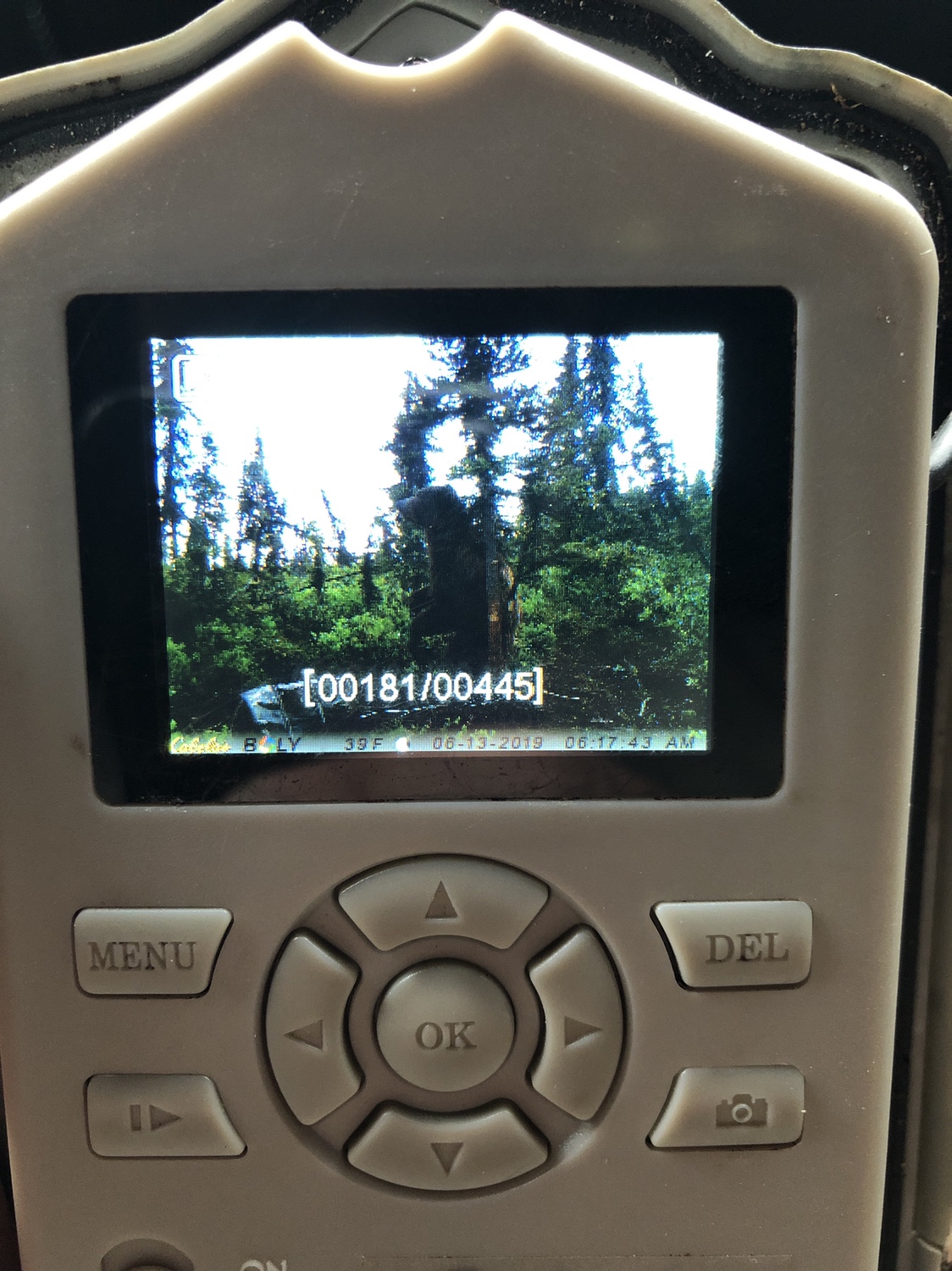 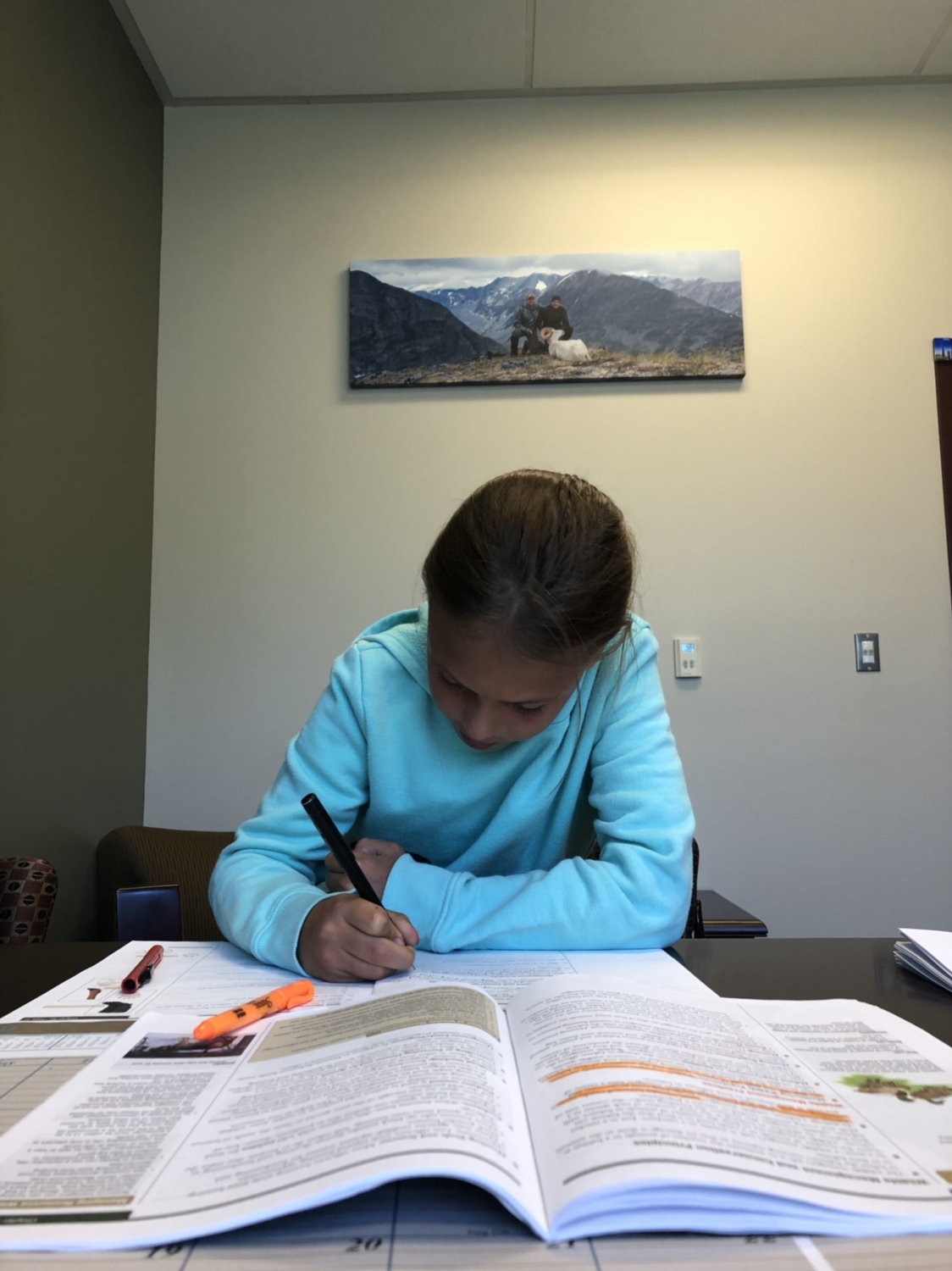 One proud Dad. This is my oldest (10 years old) finishing up her hunter’s education packet with my favorite picture of my Dad and I looking down on her. She passed her field test last week so we’re headed in for the youth sheep season in August!
Last edited: Jun 19, 2019
M