A teacher asks her class: “If there are 5 birds sitting on a fence and you shoot one of them, how many will be left?”

She calls on little Peter. He replies, ”None, they all fly away with the first gun shot”

The teacher replies: “The correct answer is 4, but I like your thinking.”

Then Little Peter says: “I have a question for you. There are three women sitting on a bench having ice cream: One is delicately licking the sides of the triple scoop of ice cream. The second is gobbling down the top and sucking the cone. The third is biting off the top of the ice cream. Which one is married?”

The teacher, blushing a great deal, replied: “Well I suppose the one that’s gobbled down the top and sucked the cone.”

To which Little Peter replied: “The correct answer is the one with the wedding ring on, but I like your thinking.”
S

How about this one?

A couple of Florida hunters are out in the woods when one of them falls to the ground. He doesn't seem to be breathing, his eyes are rolled back in his head.

The other hunter whips out his cell phone and calls the emergency services. He gasps to the operator: "My friend is dead! What can I do?"

The operator, in a calm soothing voice says: "Just take it easy. I can help. First, let's make sure he's dead."

There is a silence, then a shot is heard. The guy's voice comes back on the line. He says: "OK, now what?"
OP
B

KC and his wife were celebrating their golden wedding anniversary. Their domestic tranquility had long been the talk of the town. A local newspaper reporter was inquiring as to the secret of their long and happy marriage.

"Well, it dates back to our honeymoon," explained KC's wife. "We visited the Grand Canyon and took a trip down to the bottom of the canyon by pack mule. We hadn't gone too far when my husband's mule stumbled. My husband quietly said 'That's once.' We proceeded a little farther when the mule stumbled again. Once more my husband quietly said, 'That's twice.' We hadn't gone a half-mile when the mule stumbled a third time. My husband took a pistol from his pocket and shot him.

I started to protest over his treatment of the mule when he looked at me and quietly said "That's once."
N

Bar you surprise me with the sense of humor. You been visiting the local reefer store

You're just seeing another side of me. I'm actually a clown in person.


A man escapes from prison where he has been for 15 years. He breaks into a house to look for money and guns and finds a young couple in bed.

He orders the guy out of bed and ties him to a chair, while tying the girl to the bed he gets on top of her, kisses her neck, then gets up and goes into the bathroom. While he's in there, the husband tells his wife:

"Listen, this guy's an escaped convict, look at his clothes! He probably spent lots of time in jail and hasn't seen a woman in years. I saw how he kissed your neck. If he wants sex, don't resist, don't complain, do whatever he tells you. Satisfy him no matter how much he nauseates you. This guy is probably very dangerous. If he gets angry, he'll kill us. Be strong, honey. I love you."

To which his wife responds: "He wasn't kissing my neck. He was whispering in my ear. He told me he was gay, thought you were cute, and asked me if we had any vaseline. I told him it was in the bathroom. Be strong honey. I love you."
N

These are awesome. My wife will be getting an ear full of them as we head out of town today lol.


Sent from my iPhone using Tapatalk
OP
B

KC and his wife were celebrating their golden wedding anniversary. Their domestic tranquility had long been the talk of the town. A local newspaper reporter was inquiring as to the secret of their long and happy marriage.

"Well, it dates back to our honeymoon," explained KC's wife. "We visited the Grand Canyon and took a trip down to the bottom of the canyon by pack mule. We hadn't gone too far when my husband's mule stumbled. My husband quietly said 'That's once.' We proceeded a little farther when the mule stumbled again. Once more my husband quietly said, 'That's twice.' We hadn't gone a half-mile when the mule stumbled a third time. My husband took a pistol from his pocket and shot him.

I started to protest over his treatment of the mule when he looked at me and quietly said "That's once."
B

That's pretty funny. I shared that with a friend who in turn told it to his wife and with a stone cold face, she said "that's twice". Of course being a "good" Mormon, I asked him how many trays of funeral potatoes he wanted at his funeral. He's a pretty funny guy, a few years ago he invited me to his small farm for a "meat meet" to slaughter animals. He said we'd put the laughter in slaughter and he'd even provide us with clown noses.
OP
B

An elderly couple from Colorado are driving through New Mexico when they are pulled over. Officer walks up to the window and asks the man if he knew why he was pulled over.
"Eh, what did he say?" the wife asks. "He asked me if I knew why he pulled me over, now be quiet and let me handle it"
Officer asks the husband for license and registration.
Wife: "Eh, what did he say?"
Husband: "He wants to see my license and registration, now be quiet!"
Officer looks at the ID and says "Colorado huh? Worst lay I ever had was in Colorado"
Wife: "Eh, what did he say? "
Husband: " He said he thinks he knows ya!"

Sent from my SM-G920V using Tapatalk
OP
B 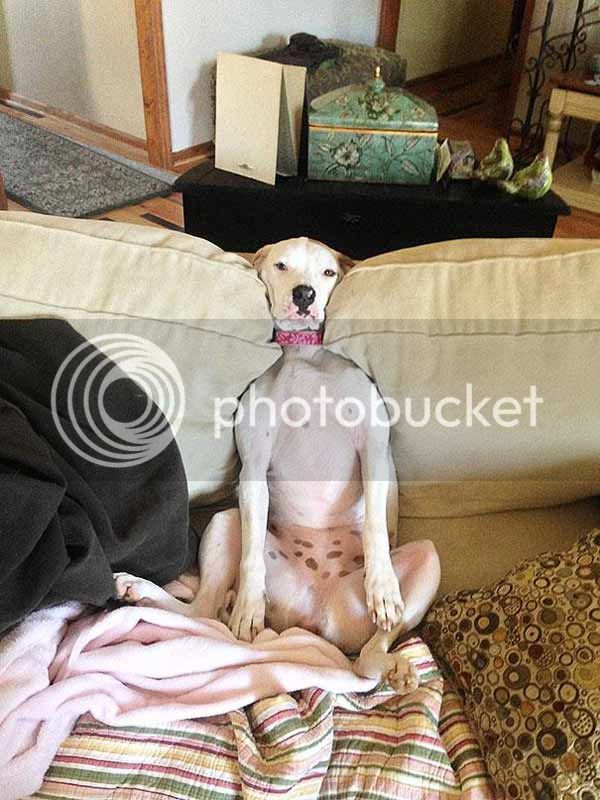 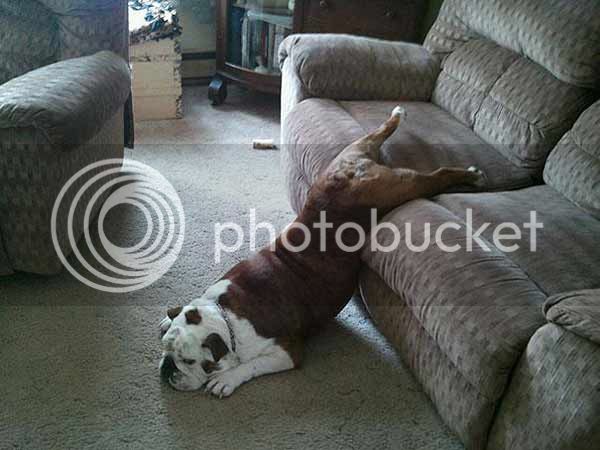 I needed this thread today. Keep it going!
OP
B

Recently, a man was arrested for robbing a bank. He robbed it and then sat down
on the front steps and waited to be arrested.

When taken before the judge, he explained that he robbed the bank hoping to be arrested.
He wanted be sent to jail to spend time away from his wife.

The judge gave him a 6 month sentence...
under house arrest... as punishment.

Black guy sitting at a bar having a beer when a gay guy comes in and sits down beside him.
Gay guy decides to spark up a conversation and asks the black guy, with a very heavy lisp, "Can I buy you a beer?"
Black guy figures what the heck and says "Sure." After a few rounds of drinks the gay guy, feeling a little intoxicated, leans over and whispers to the black guy, "Hey, how about we go into the bathroom and I give you a blowjob?"
All of a sudden, the black guy jumps off of his stool and starts beating the hell out of the gay guy, then drags him to the door and tosses him onto the street. The black guy then turns around and goes back to his bar stool.
Seeing what just had transpired, the bar tender runs over to the black guy and says "Tyrone, what in the hell! I've never seen you act that way! What did that guy say to you?"
Black guy says, "I don't know, something about offering me a job."
J

George was sitting in his living room one Tuesday night, planning the upcoming weekend hunt with his buds, when his wife walked in and said, "You aren't going anywhere this weekend, I need you here to take care of some things." He didn't object, and his buds could tell by the look on his face he couldn't go with them this weekend. He sulkily walked outside with them, and they left.

On Friday afternoon, the guys drove up to the camp to find George already there, with a fire going. When they asked how he got away from his wife, he replied: "Well, I got home early from work to start on whatever she had planned for me. She walked into the room with nothing on but her underwear, with my treestand rope and 2 pair of handcuffs. She said she read some book about 50 Shades of Gray or something, and she wanted me to tie her to the bed and do whatever I wanted to do. So, I tied her up, and here I am."

A guy was pulled over for speeding. When the cop checked the man's driver's license, he said, "It says you have to wear corrective lenses, where are your glasses?"

The guy said, "Look Officer, I have contacts."

The cop said, "Buddy, I don't care who you know, I'm still giving you a ticket."
E

Going home one night, a guy*drives by a police camera and it flashes.
Relatively sure that he was not speeding, he goes around and drives by the camera again.
This time keeping an eye on his speed and going 10 mph under the limit and it still flashes.

One of my favorite jokes of all time.

A manager at Walmart had the task of hiring someone to fill a job opening.

After sorting through a stack of resumes, he found four people who were equally qualified.

He decided to call the four in and ask them only one question.

Their answer would determine which of them would get the job.

The day came and as the four sat around the conference room table, the interviewer asked,

"What is the fastest thing you know of?"


The first replied, "A thought. It just pops into your head. There's not even a warning."

"A blink! It comes and goes and you don't know that it ever happened. A blink is the fastest thing I know of."


"Excellent!" said the interviewer. "The blink of an eye, that's a very popular cliché for speed."


He then turned to the third, who was contemplating his reply.


"Well, out at my dad's place, you step out of the house and on the wall there's a light switch.

When you flip that switch, way out across the pasture,

the light in the shed comes on in less than an instant.

Yep, turning on a light is the fastest thing I can think of."

The interviewer was very impressed with the third answer and thought he had found his man.

"It's hard to beat the speed of light," he said.

Turning to Bubba, the fourth and final candidate, the interviewer posed the same question.

Bubba replied, "You know, I didn't know until I heard their answers

but now it's obvious to me that the fastest thing known to man, is Diarrhea."

"What!?" said the interviewer, stunned by the response.

"You see, the other night I wasn't feeling so good, so I jumped up and ran for the bathroom,

So the next time you go to Walmart and you hear those words........

"Welcome to WalMart".......... just smile and say to yourself, "glad to see that Bubba is still working!"
You must log in or register to reply here.