Josh just finished up his review and it's a good one as usuall. Check it out!

Justin Crossley said:
Josh just finished up his review and it's a good one as usuall. Check it out!

Thanks Justin. It’s a great little shelter and if anyone has questions, please ask.

Do you think this would be an option for someone 6'6"?
OP

kumplocke said:
Do you think this would be an option for someone 6'6"?
Click to expand...

It would be tight in there especially if you have bulk to go along with the length. I’d probably look for something else if I were that size.

I used this shelter a decent amount this fall, and have some photos I took with this thread in mind and thoughts I figured I’d add for anyone looking at these, in hopes the description helps in decision making. For reference, the only configuration I’ve used it in was with the vestibule and inner tent, at manf. recommended head end like height.

I’ve used a lot of various shelters from floorless tipis, shaped and flat tarps, hilleberg tunnel tent, 3 and 4 season tents, single man tents, 3 person domes, and through all that I’ve developed a few preferences depending on location and season. I personally think all of them are good for something, and tend towards things that a more versatile. I think this shelter fits well for someone preferring their own shelter, someone who values smaller space and footprints, for earlier season (ie moderate weather), for someone that will want to pair it with a stronger later season shelter (meaning you don’t want 1 “do all” shelter), and for someone who isn’t wanting to just roll with a tarp and tyvek or deal with “setup fuss” after a long day, but also wants to be lighter and smaller packed form than a poled tent.


My notes after use this season:

- the foot end trek pole outside of the tent gave a nice clean foot box. Using the older version of the Kuiu ultra 1p tent, I appreciated the benefits of the exterior trek pole setup. Helps tension the ridgeline quite well.

- at 7300 ft of elevation and all night rain, and heavy winds, I thought it did great. I pinned the fly tight to the ground that night, and did experience a bit of condensation, but it was the least I’ve dealt with using a single person fully enclosed shelter. I took photos of the tarp overhang to show the inner offset - I too worried about the lack of bathtub floor. I worry a bit less about it now.

- the setup: it isn’t bad for a tarp shelter. Much less fussy, although takes a bit of knowledge compared with a tent. I like that you can just keep the inner linked to the outer tarp, which made pitching in the rain pretty easy going. With the guy lines, I thought it was pretty bomber for what it is, but they need way more stakes than is included. The side guy outs to increase inner volume are nice.

- the width and length are quite nice for a solo shelter. Adding the vestibule, I felt like I had a palace, and could keep a lot of gear dry out of the elements. I wouldn’t run 2 in it with the inner, ever. I’m 5’8” so sitting up, packing gear, getting dressed, etc were not a big deal. On an air pad, you have room at the foot end, but it certainly is a trim ultralight focused build. Easy to find a spot to pitch it. One of the key takeaways for me is the inner size is really “just right.”

- The “wings” that help with variable pitch height are nice because you can also unclip one side, or wing, when you get in, and not clothesline yourself on the guy line. It isn’t like a side entrance poled tent, but I found the function of it good for a head entrance shelter.

- materials and build attention to detail are quite good, like their 2p skyscraper tent. The tiny packed size really is nice for earlier in archery season. I wouldn’t want to use it when the snow is flying. 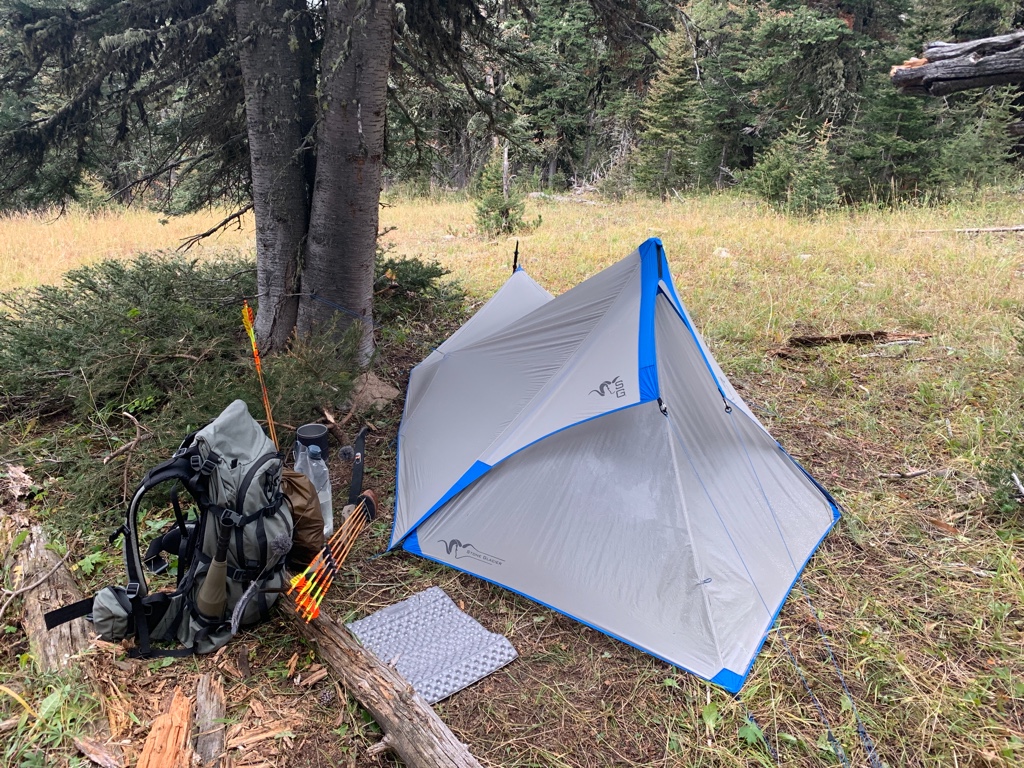 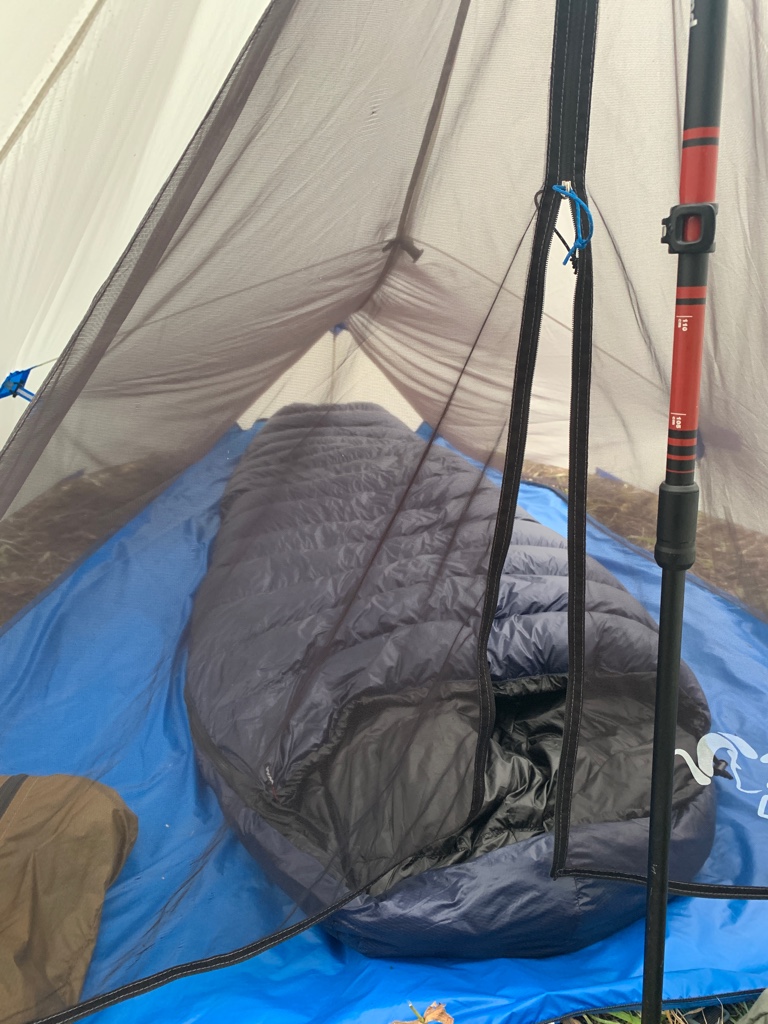 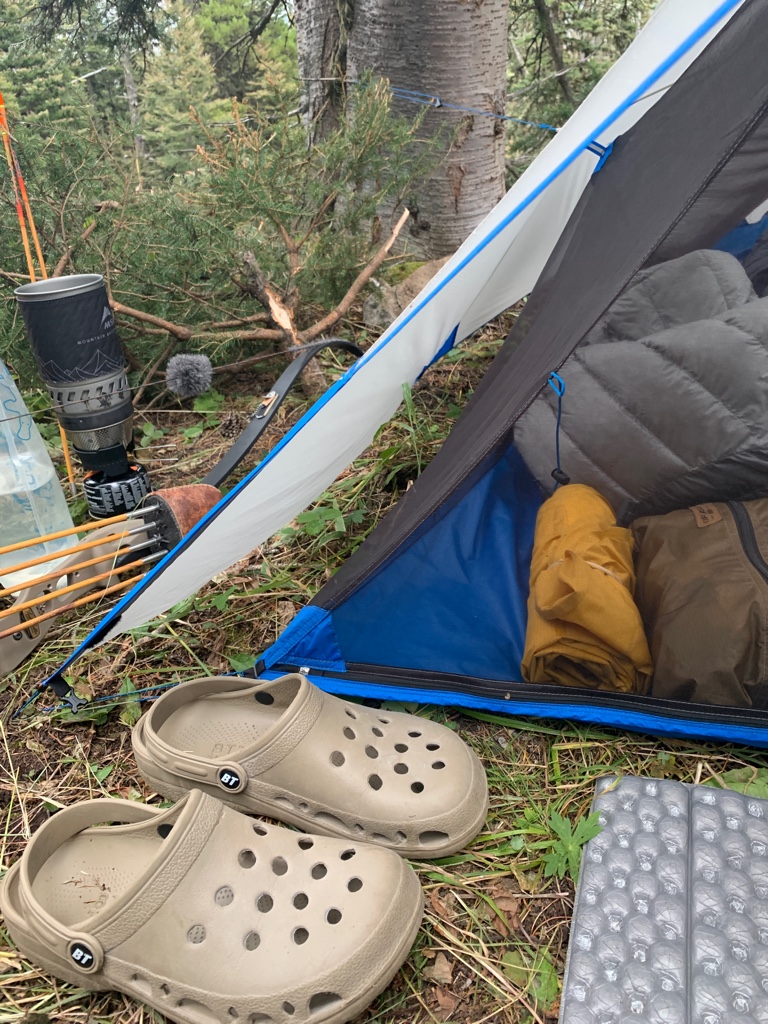 Depth of vestibule, with stuff piled inside. 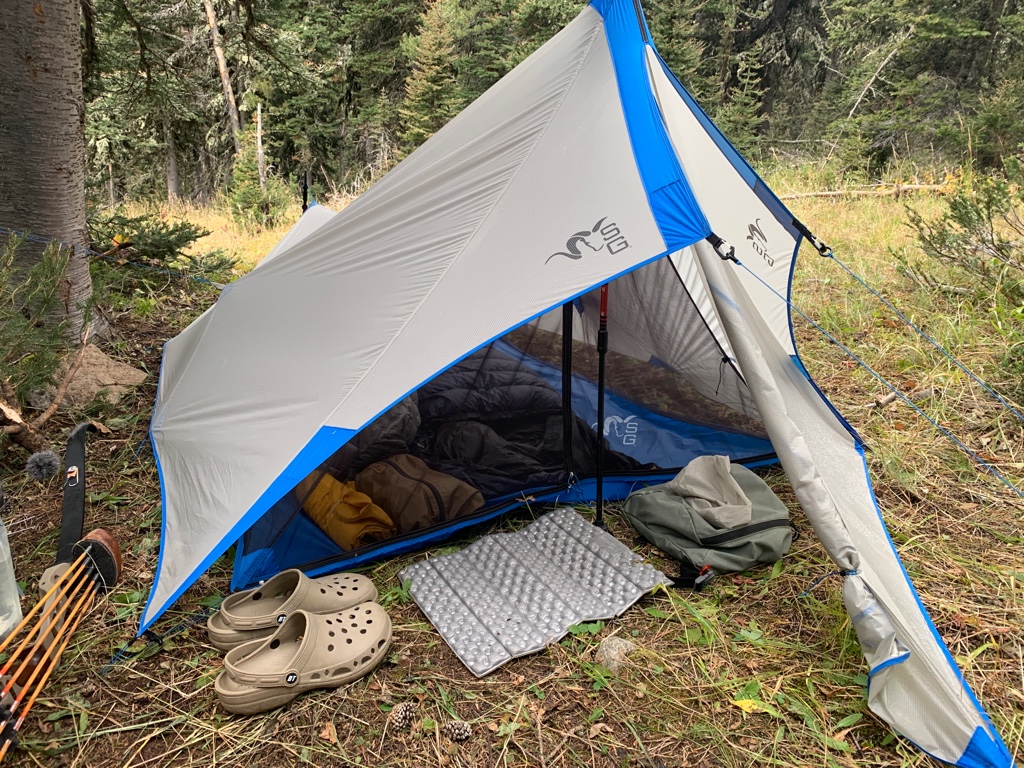 From the foot end 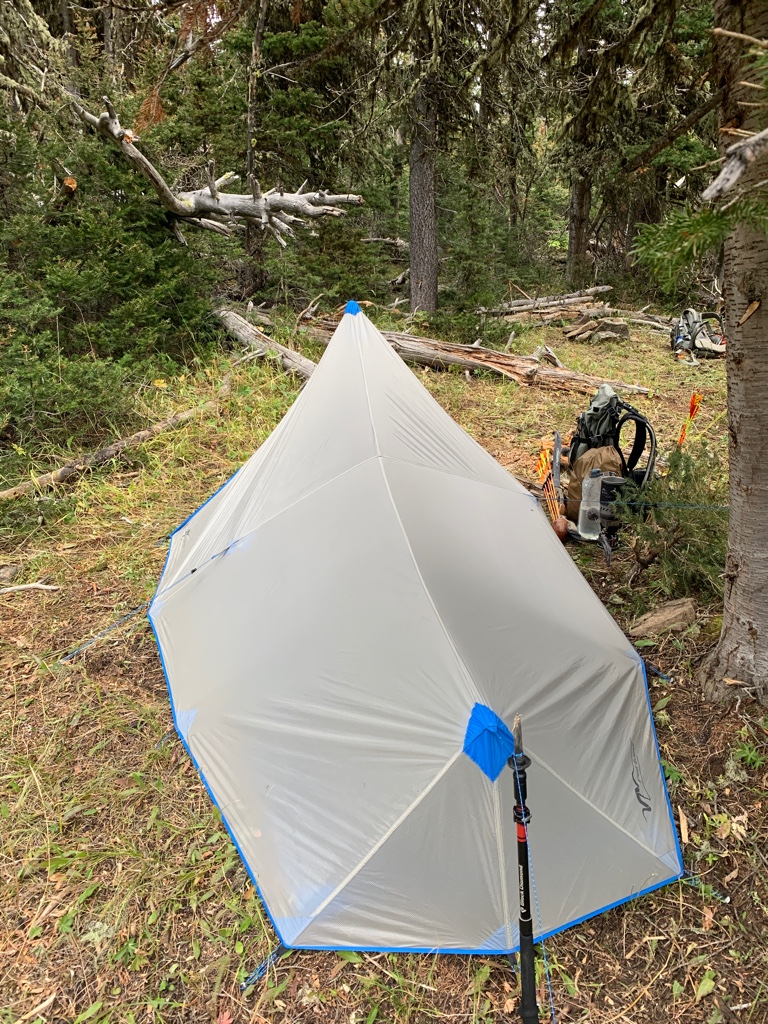 Great addition to the thread @MT_Wyatt

Thanks for posting your thoughts and photos.