Timing of a Limb Driven Rest

As the popularity of limb driven rests continues to increase, Hamskea would like to make sure dealers and customers are able to get the best performance out of their limb driven arrow rest. One of the key components of this is identifying the correct location to attach the actuation cord on their limb. Here is a brief description of how we recommend identifying the best attachment point for each individual bow model as well as the reasoning behind our method.

A major benefit to using a rest in Limb Driven mode is having the ability to adjust the amount of time the launcher is in the up position. Limb flex varies as you move down the length of the limb with the most flex being experienced at the limb tip and no flex being experienced at the limb pocket. Since a Limb Driven rest relies on limb travel for actuation, we can use the varied amount of flex to adjust the timing of the rest. The closer the actuation cord is attached to the limb tip, the sooner the rest will reach the up position and the longer it will stay in that position. As we move the actuation cord away from the limb tip, the launcher will come up later in the draw cycle and be in the up position for a shorter time. If the cord is attached to the yolk splitter, all this adjustment ability is lost.

When choosing the best location on the limb to mount the actuation cord, you will want to choose a location that allows the launcher to guide the arrow for 50-70% of the shot cycle or power stroke. If the percentage guidance is less than 50%, then the arrow might lose support before it reaches a speed that it is able to guide itself. If the percentage of guidance is greater than 70%, there will be a greater chance of fletching contact as well as added shock being introduced to the rest at the shot. The specific bow and settings can have a drastic effect on where the best mounting location will be located on the limb due to the varying amount of limb flex. An example of bows with higher limb flex is the Mathews VXR, V3, and V3X. On these bows, we don’t recommend utilizing the Hamskea Limb Cord Attachment because the launcher guidance will be well above 70%. This has been known to cause fletching contact and a loud slapping noise due to the excessive shock being transferred on the rest. These bows benefit from having the activation cord attached about 2-3” from the limb tip. For Mathews with less limb flex, such as the TRX series, the Hamskea Limb Cord Attachment Bracket is still a great choice.

2. Use the draw board to bring the bow to full draw and mark the arrow where it contacts the rest launcher at full draw. The distance between these two points is called the power stroke. On a pictured Mathews V3, we measured a power stroke of 22”.

5. Once you have found the optimal mounting location, apply the knobby limp pad, and reinstall the actuation cord for the final time.

Thanks for the info!

Interesting about attaching at the yolk splitter- I and setting up my new Epsilon and saw a video where someone showed that as an option to improve clearance between the draw cord and the quiver.

I've been setting up a new bow today and have been getting an odd fletch contact now & again on the epsilon rest, definitely going to run through this tomorrow! Thanks for the info

I didn't realize there was that much tunability in a limb driven rest. Great info and well written. Thanks Devin!

Great write up! I just installed an epsilon on my V3X 33. Originally had it tied to the hamskea limb bracket. Cord was right on my bottom low pro fixed quiver mount. Saw some videos of guys attaching them to the bottom yoke, which I did. Read this thread and put the bow on the draw board to check where it’s coming up at. Launcher is fully up at 59-60%. Ive read that you may get more oscillation tied to the yoke vs limb…but so far (verified with powder) I’m not getting vane contact. 3D arrows are shooting at 286FPS. So I’m going to go with this setup. Also ditched the football and went with prusik knot, working great. Thanks again for the write up.
Mike
J 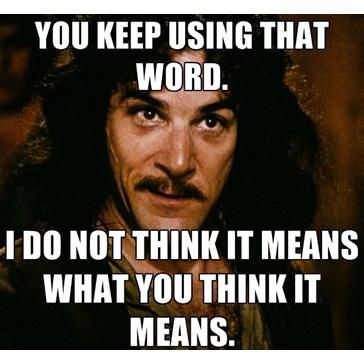 Best way to silence the launcher blade of a QAD