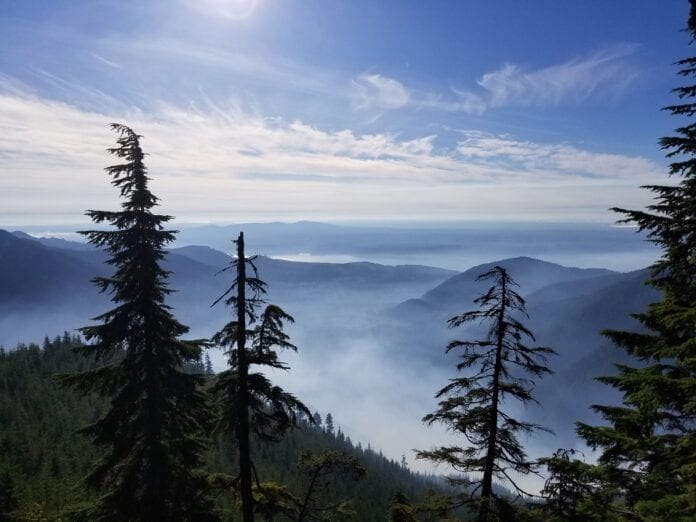 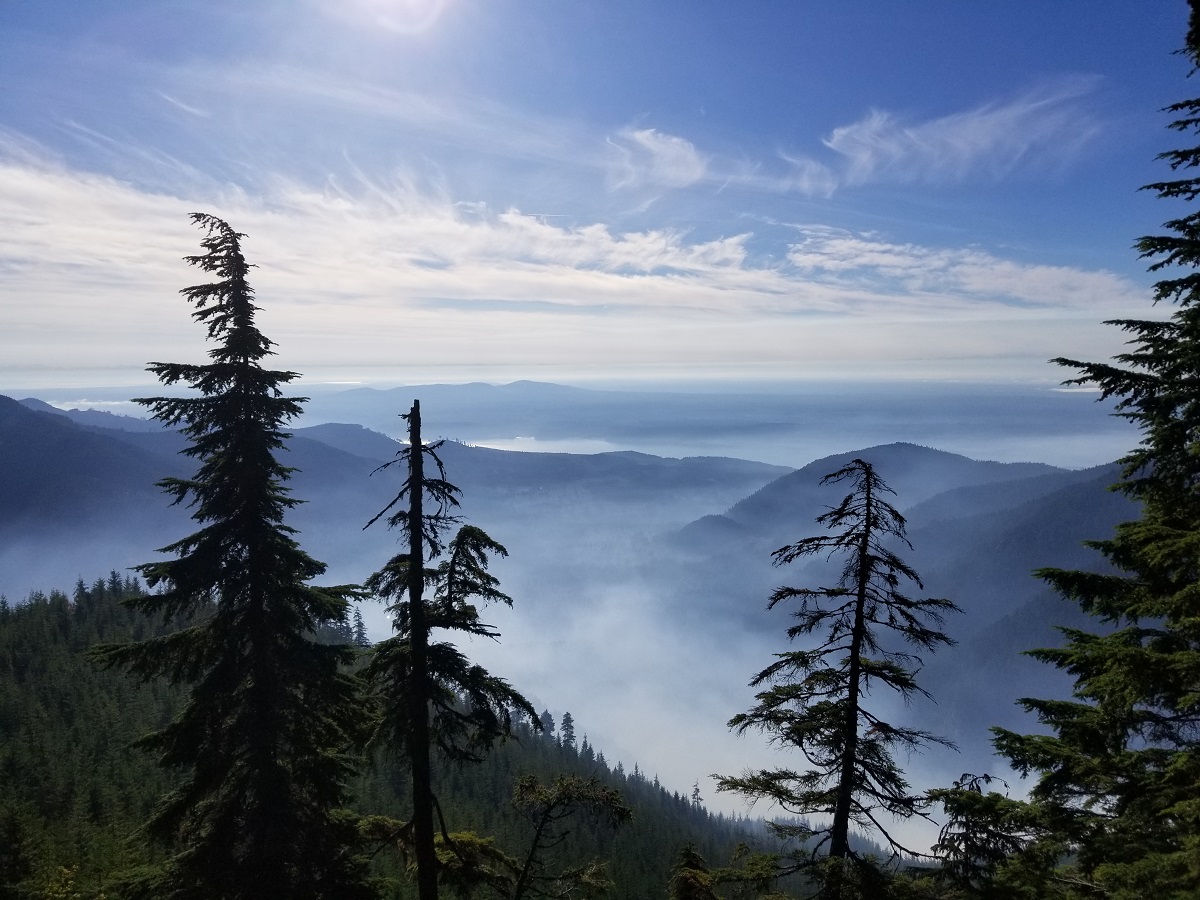 Ernest (Papa) Hemingway, I swear, I’m living with the man, but here’s the kicker—that’s never really been my type.  My husband is also an avid sportsman, a two-fisted drinker, and also one who struggles with bouts of depression that are precipitated when his wife tries to be something she’s not.  How pathetic is that?  A tortoise trying to keep up with a racehorse?  But it’s all in the game of trying to keep a marriage’s momentum going.   Look, he was doing pretty lousy at the opera and ballet, so I thought, what the heck, how bad could his all-time favorite sport of hunting be?

I would have been better off being exposed to TNT!

“Please expose me to your world,” I beg my ruggedly handsome husband with the keen intelligence, physique and beard exactly like you-know-who.

“The last two women who asked me that filed for irreconcilable differences,” he gruffly answers.  “First you have to apply for a hunting license and then we’ll go from there.”

It’s a heady feeling to know that I have a way with this hombre of a husband, but I must confess that deep down, I wondered if we were taking a chance.  After all, with our explosive natures and his hair-triggered temper, (no pun intended) we might be tempting the fates.  And is it fair to pit a man who has hunted for well over half a century, with a woman who has only hunted for loose change under the couch cushions?

But before I’m allowed to even attempt to go into the woods with a gun; I needed to practice my target shooting.  The only time I’ve seen my 6’4″ husband quiver and shake is when he hands me a 12-gauge shotgun with a scope, and rather than my waiting for his instructions, I aim that sucker at the target and shoot.  The kickback catches my eye and the impact causes me to lose my balance.  The acute pain from the recoil made childbirth feel like a stroll on a sandy beach.

“You’re one lucky lady to have not lost your eye,” explains the optometrist.

I had ruptured every blood vessel in it so it was completely purple and bright red, like a demon’s eye.  I also had a shiner to boot that made me look like a contender for the heavy weight-boxing champion of the world.  People whispered behind our backs, thinking my husband was the real culprit.  Sometimes I winked and pointed in his direction, knowing that if he caught me that would be the end of me out in the “killing fields” with him.

After my eye heals my husband hands me a small 20-gauge shotgun without a scope.  “I have serious doubts about giving you this thing,” grunts my seasoned hunter.

I always doubt my ability when someone is standing over me like some big shot supervisor micromanaging my every move.  I close the breech with unsure fingers, insert four shells, one-by-one and then it’s time for the fifth and final shell.  I feel pressured and rushed so in my haste I insert the bullet in backwards.  I wince and turn to look up at “old eagle eye.”  His lips are pursed and white as he has to completely disassemble the gun and the tension between us is enough to trigger an earth tremor.

“Just think,” I cough, “in a few years from now we’ll be laughing about all this.”

“Where’s the damn duct tape for her mouth when you need it,” he mumbles to himself.

Another woman in the midst of menopause would have started balling her eyes out.  Not I.  You can’t live with a crude crass, man’s man and be a wimp. 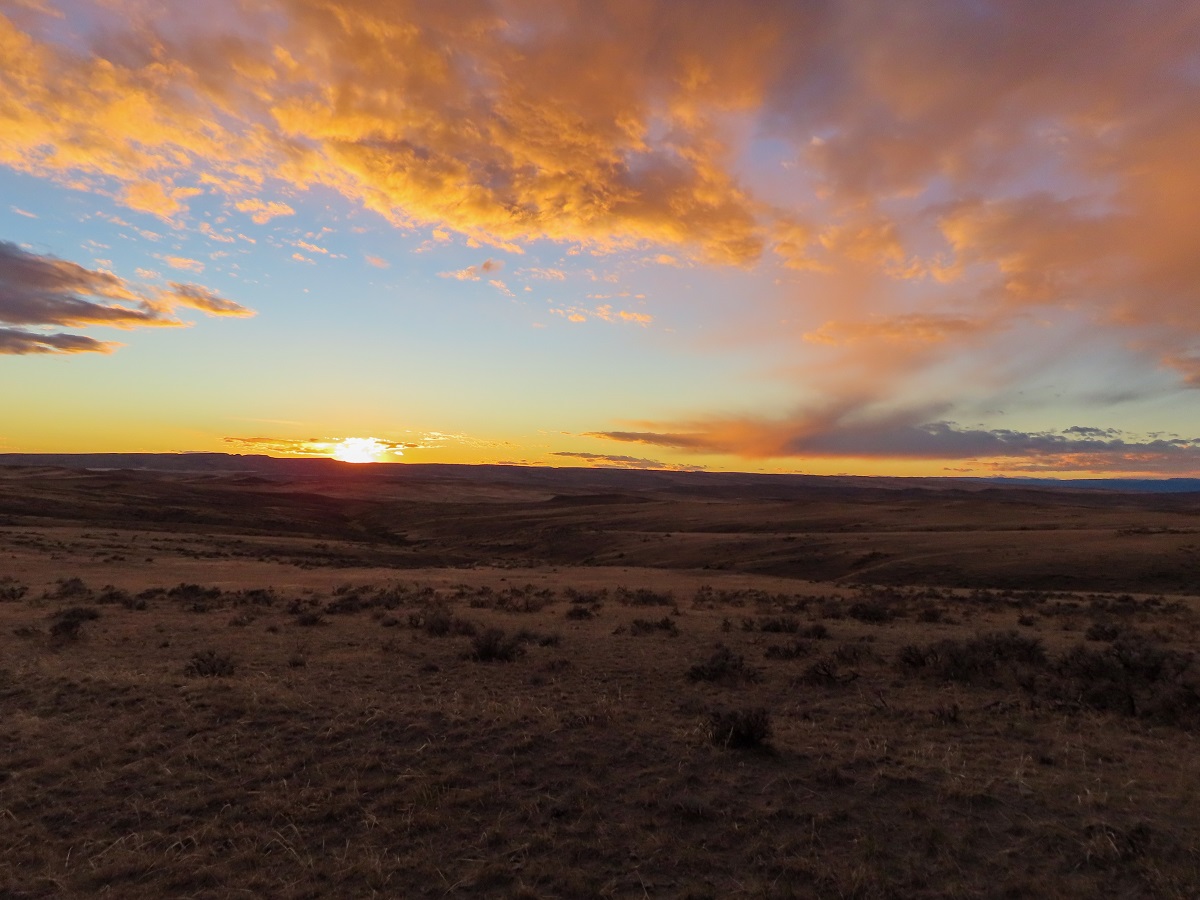 Let me tell you why I’m a wimp.  He shoves the fixed loaded gun into my arms and I could sense that I was everything he didn’t like or admire—for a while anyway.  With slumped shoulders I stumble over to my post and there, in the belly of an old split ash tree, I couldn’t believe what I saw with my one good eye.  He had arranged a bucket for me to sit on.  So help me, the seat had a plush pillow on it to be made to look like a throne.  I tell ya, sometimes abrasive, hard  husbands have such endearing, redeeming qualities, but then that’s soon forgotten when they expect their wives to have a real appreciation for nature and the knowledge to know that to outwit wildlife, you have to be smarter than the deer— fat chance.

Did I mention that camouflage isn’t my color?  It doesn’t bring out the blue in my eyes or accent my bottled blonde hair.  As if the deer care.  My husband doesn’t care either, because in addition to my dreary drab hunting garb, he went out and bought me a bright orange jacket that hurts your eyes—even in the dark.  And I haven’t worn a diaper pin in over, oh forget about how many decades ago, but he pins one on the back of my jacket to display my hunting tag.  Then he places netting over my face.  “This is a must,” he insists.

“So is my ability to breathe,” I whimper.  “Is this netting really necessary?”

“If you hadn’t slopped on all that hideous florescent lipstick I would say no, but you seem to make things more difficult for yourself.  Have you ever noticed?”

I scrutinized the rugged-looking face before me.  “Yes,” I softly whisper.

My husband knocks off deer as effortlessly as brawny bruisers guzzle down bottles of beer.  Everything comes so easily for him and he’s so polished and professional in everything he does.  Is it any wonder that everyone and everything else pales next to him?

“Out in the hunting fields you must blend with nature; and don’t flinch a muscle!”  I’m terribly surprised that he didn’t add, “And shut up too!” but what kind of talk is that between two loving people? Oh, why did he say I couldn’t move? Suddenly you feel an itch on every part of your body, but you resist the urge to scratch for the sake of not spooking the deer. I twitched my nose and even though Mr. Hawk Eyes was several yards away from me, he disgustingly inhales like I have ruined his whole plan.

Never mind that he has ruined my whole life—for the day, that is.  It’s torture for me to sit as if I’m made of plaster of Paris, but suddenly without warning, my life takes on a terrifying yet exciting, unexpected turn.  The rustling of leaves and the sound of something snorting sends my adrenalin soaring!  There he is!  A beautiful deer just meandering along and unaware that there’s a hunter in his midst.  My heart begins pounding out of my chest, and I sure could have used a brown paper bag to breathe into.

My husband probably would have tossed me plastic. He was in his tree stand to the left of me and I knew the deer had passed him first in order to have come my way.  My husband made the hunter’s ultimate sacrifice by passing up a shot so that I might gain entry into his wondrous world.  Slowly and methodically I raise the shotgun and firmly cradle the butt into the crux of my shoulder.  After almost losing my eye, I still have an intense fear of the kickback.  But my desire to please my husband over-shadows my fear of pain.  The atypical nine-point buck is now within shooting range.  I close my right eye, line up the sights to his vitals and with trembling fingers squeeze the trigger, even afraid of the loud explosive noise that’s certain to follow.

Nothing!  Dead silence.  Then I foolishly jar my body and that buck takes off like he’s in rut and frantically looking for his doe.  But I’m baffled because why wasn’t there a gunshot blast?  Must I tell you?  It’s so humiliating.  I had forgotten to release the safety.  Yep, you guessed it; he said there was no more hunting for me—ever!  I did mention that I have a way with this hombre, didn’t I?

Who are those jerks who claim sharing common interests can strengthen a relationship?

“My marriage is in ruins,” I confide to my sister.

“Knock it off,” she orders.  “You’re a warm, wonderful human being, good enough for any man.”

“But my husband isn’t just like any man,” I sigh.

“It’s all in your imagination,” she rebuts. 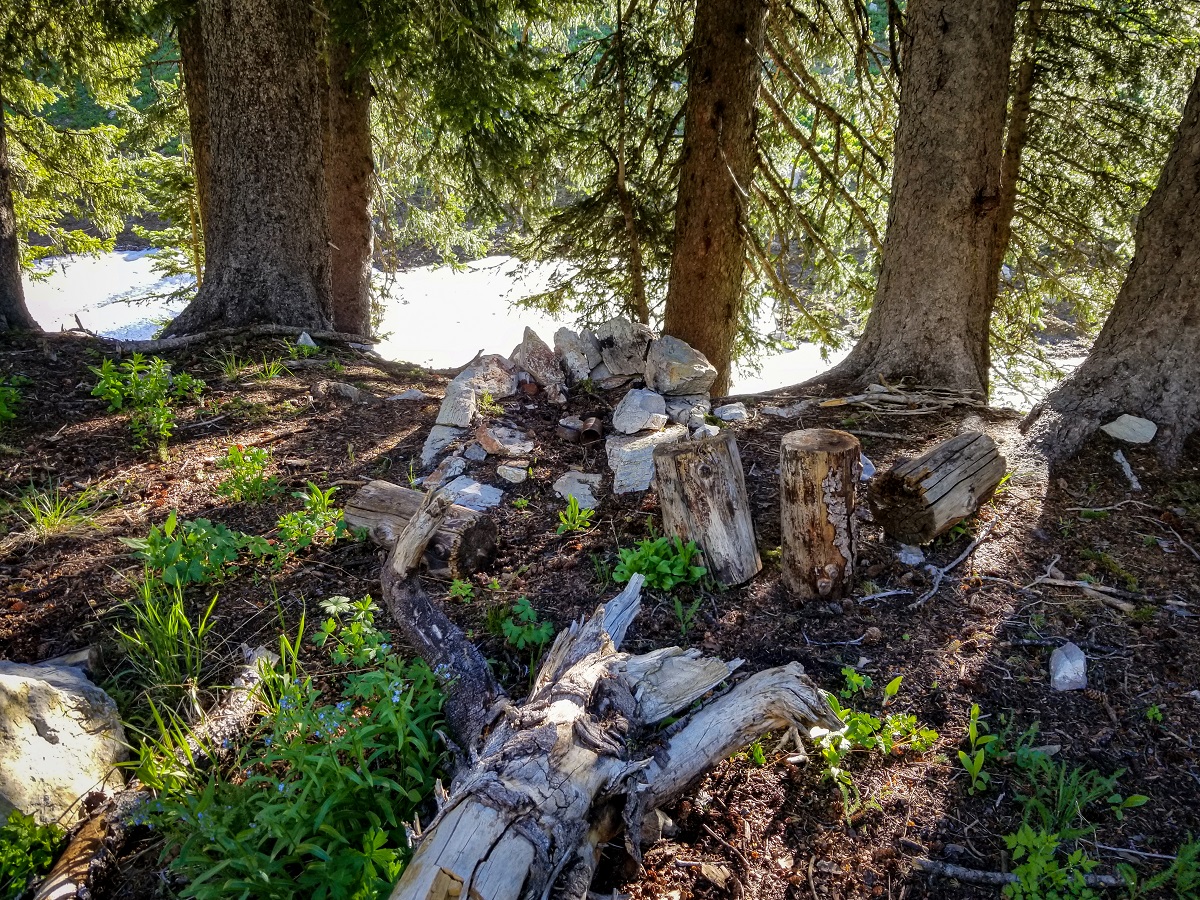 Maybe I, too, am like Hemingway.  He had a futile imagination and a deep desire to share a story.  Like everybody I long to excel at just one thing, whatever the hell that one thing is?

They say only strong confident women can hang onto strong, powerful men, but what do warm, wonderful women hang onto?  I’m bucking the odds and staying with a racehorse.  Heaven help me, it’s one hell of a rough ride, isn’t it, ‘ Papa’?

Why Do You Hunt?