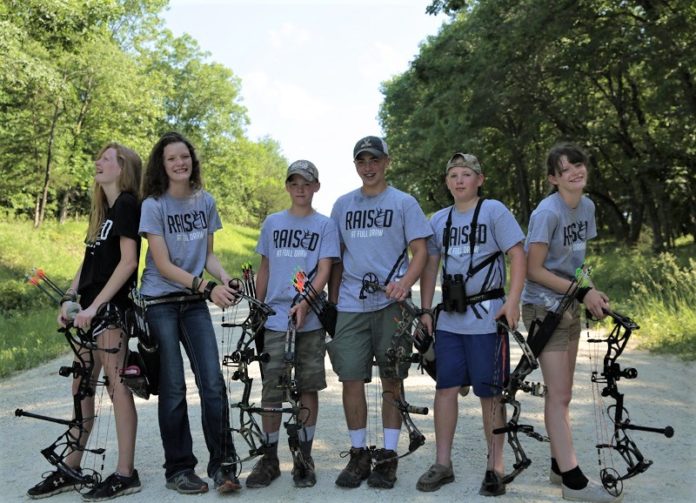 “Yes!” Kelsey yelled as we watched the buck crash to the ground.

Kelsey has grown up in a hunting family and recently she started shooting archery. When I found out she was interested in hunting, I was elated. Finally! I have a friend who will go hunting with me! We hunted vigorously through the month of October and were now in the beginning of November. We were still trying to harvest her first deer. We had a lot of fun encounters, like a button buck zipping by a few feet in front of the blind then racing around the field. However, we were both overjoyed the morning Kelsey harvested her first archery animal. 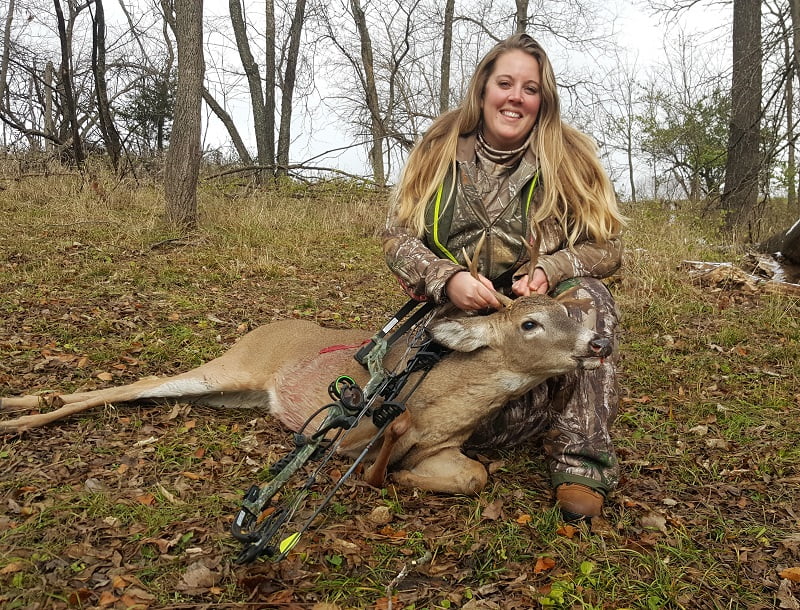 Unfortunately, several individuals are in the same predicament as Kelsey. Some may want to get into hunting, but do not know how. Not all parents hunt, and kids wanting to go hunting do not have the mentors available to help them. How does a kid learn such a sport?

Thankfully, there are organizations and individuals exerting effort to get youth involved in the outdoors. There are several different organizations actively trying to recruit members on a local, state, or national level. Joining a local chapter will give you an opportunity to invite someone along to a meeting and introduce them to the great outdoors.

Recently, I was introduced to David Holder of Raised Hunting, a hunting show airing on the Discovery Channel. Through speaking with David, I learned of one family’s efforts to pass along the morals, ethics, and enjoyment associated with hunting. After helping out with some local archery camps in their home state Montana, the Holder family felt a desire in their souls to introduce others to hunting.

In 2006 the Holders–David, Karin, Warren, and Easton–collaboratively founded the first of four fully comprehensive hunting camps. The non-profit organization, Raised At Full Draw, was founded to help get individuals involved with hunting. The camps are designed to empower kids ages 12-17 to be fully capable of picking up a bow and going hunting. No experience is necessary; in fact many of the attendees have never touched a bow prior to the camp. The curriculum of the camp is based upon the book Today’s Bowhunter, a publication by the National Bowhunters Education Foundation. Stations are set up revolving around each chapter of the book, and campers will spend 30 to 60 minutes completing each station. 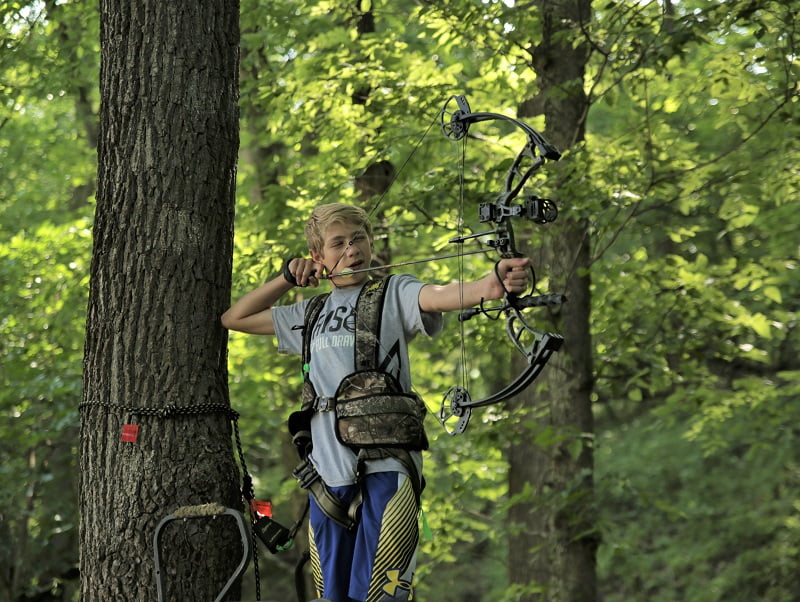 “Kids do not get lectured on putting up a tree stand, they actually learn how to put on a harness and they learn how to set the stand up”.

The importance of hunting is instilled in the kids attending camps. Hunting and being in the outdoors enriches lives. We all need to find our place in life.  With some kids, archery provides a means for personal growth and development.

For instance, when one young male arrived at the camp, counselors reported extreme introvert behavior. He sat alone at a table, and displayed minimal contact with other campers. Counselors respect every camper’s individuality, but wanted to make sure the young camper was enjoying his time. Sometime after archery camp, David Holder received a phone call from the young man’s guardian. When he got home, the young man shared his experiences with his family and apparently could not stop talking about the experiences at camp. You bet the young man returned the next year, and he was confident with his self and confident with his peers. This time at camp, one of the counselors actually had to remind the chatty camper to go to bed. He was surrounded by friends and could not contain his excitement.

Archery provided a tool for one young camper to grow and develop personally. The hunting camp showed him he could do things on his own, and built up his confidence, which he later applied to several different areas of his life. Being in the outdoors enriches our lives and the lives of others.

For some individuals, their first introduction to hunting and outdoor activities may be through comprehensive camps like the Holder’s Raised At Full Draw archery hunting camps. More details are available online at: Raised Hunting. For others, that initial introduction could be joining an outdoor related club such as the National Wild Turkey Federation.

The NWTF has local chapters across the U.S.A. They have been working to get more women involved in the outdoors, and through the Women in the Outdoors Program. The program was founded in 1998 with a vision to increase female participation in the outdoors. Through the program, women of all skill levels and interests can network and participate in events across our great nation. Every year, individual NWTF chapters will host hundreds of different events to encourage female participation in the outdoors. Studies reveal that 73% of female gun owners have taken some sort of a gun training course and some chapters will provide a firearms course for ladies to attend. Other NWTF events include hunting classes, archery shoots, or even gun shooting events. Women of all skill levels and interests are encouraged to attend an event, ask questions, and in turn they will be inspired to get involved in the outdoors. More information is available on the NWTF’s website: NWTF 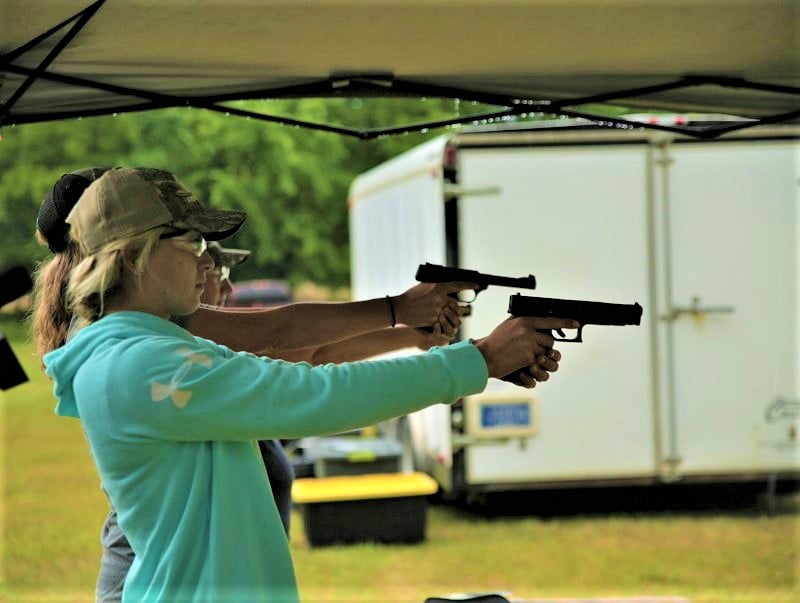 Women are the fastest growing segment of hunting. You can help by encouraging sisters, cousins, friends, and co-workers to participate in events such as NWTF’s Women In The Outdoors program to continue the trend of creating new sportsmen.

Perhaps your interests are more focused on big game? The Rocky Mountain Elk Foundation (RMEF) offers chapters located throughout the country. The goals of the RMEF include promoting conservation, improving habitat, and supporting the elk population. Since the RMEF focuses heavily on conservation work, the opportunities appeal to a broad range of individuals. Volunteer work in the name of conservation appeals to both hunters and non-hunters who want to conserve public lands and wild animals. Volunteering for conservation work can allow you to influence those around you, and possibly introduce someone to hunting. 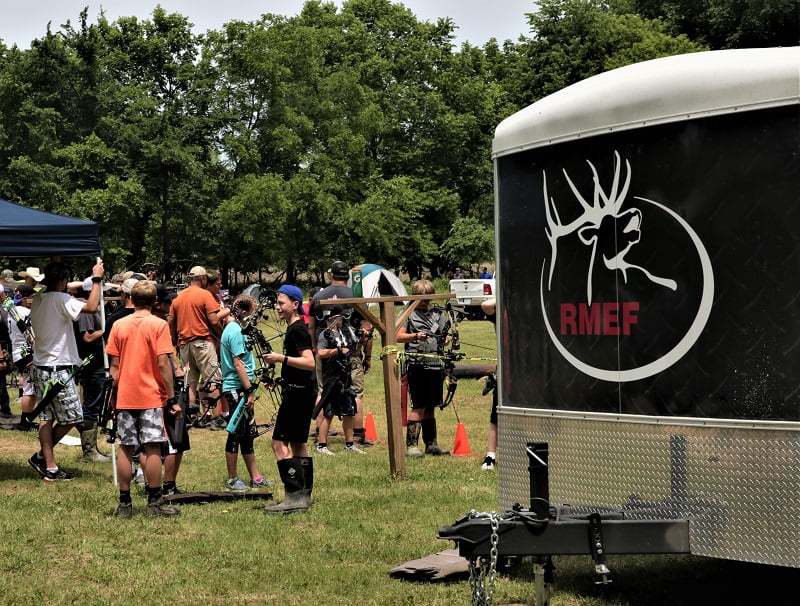 Volunteering encourages an appreciation for our environment of which we enjoy. To learn more about the RMEF and its opportunities, click here RMEF.

Our Challenge As Hunters

The number of hunters in the U.S.A are declining. Just over 20 years ago, there were about 14 million individuals hunting different species across the U.S. In recent years, the number of U.S. hunters were estimated to be closer to 11.5 million individuals. Less hunters means less advocates for the sport we all love. Whatever you decide to do, please represent sportsmen well, and encourage others to get involved in the outdoors.

by John Stallone of “Days in the Wild”

I have been faced with a lot of opposition since I started my Hunter-up initiative and more specifically since I started promoting the idea of hunter recruitment. Many hunters feel that there is not enough hunting to go around and that recruiting more hunters will just compound the problem by adding even more competition for land and tags. I can empathize with their reasoning but it’s this short-sighted viewpoint and selfish ways that have gotten us to this point, to begin with. It is very important that we as a group stay as relevant as possible and stay as large a group as possible if we want modern hunting to be sustainable; the only way to do that is to keep recruiting hunters. Whether it is your children or co-workers, whatever makes you feel comfortable. 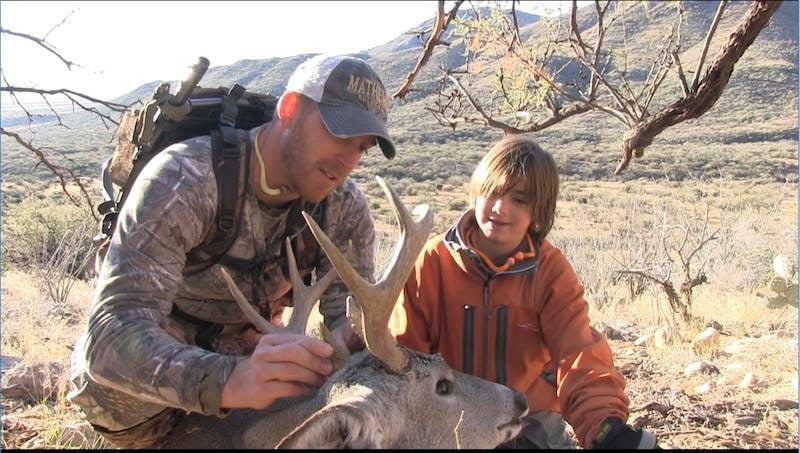 Hunting is very competitive I get it. The competition is real and it often causes riffs between fellow hunters. There are so many little niches within hunting, all with different views and beliefs on how, what, and why we hunt that compound the problem and further divide us as a group.  In my opinion, this is the very root of why we are a dying breed and it is also the reason why we are losing piece-by-piece the political wars that are being waged.

Anti-hunting groups are very well organized and have no problem locking arms with their like-minded brethren. The “save the wolves people” have no problem supporting the “ban fur trapping people” etc. We do not have that within our hunting “community” if I can even use that word. Community would suggest we had a common belief, a common goal or at least respect for one another.

Just recently I stood up for coyote hunting contests not because I participate in them but because if antis take this away, then what will be next? I was floored by the number of hunters that were fighting to have them banned as well. I don’t want to go into a whole dissertation about these contests and the pros and cons, but here are my two cents: me personally, I have never done a contest but the purpose of the contest is to match your skills against other predator hunters and yes the idea is to shoot as many as possible so you can end up the winner.  It is no different than a regular day of predator hunting.. What I mean is every predator hunter I know sets out to shoot as many as possible every time they go hunting. So I fail to see the argument that anti-hunters and hunters alike are claiming these contests cause “the excessive killing of predators”.

The way I see it, it’s just another thing to take away from us as hunters and just another way to divide us as a group. You may or may not believe in predator hunting, but if you are a hunter you should not let them win this battle. We need to be like the other side and lock arms on every issue, on every attack, in every battle that is waged against hunting.  Let’s be a community and not just an industry.  If you would like to find out more about my Hunter-up Initiative click here.

As avid outdoorsmen, we need to introduce others to the outdoors. We know everyone is created differently with different interests, and that introduction to the outdoors will look different for each individual. Sending a kid to a hunting camp would be a great hands-on approach to molding a new sportsman. There are local outdoor related chapters you can join to increase opportunities to volunteer and reach others. You yourself can share your appreciation for the outdoors.  Thankfully, there are sportsmen across our nation supporting efforts to enlarge our sportsman’s footprint. Please join your peer sportsmen in recruiting and molding new sportsmen. 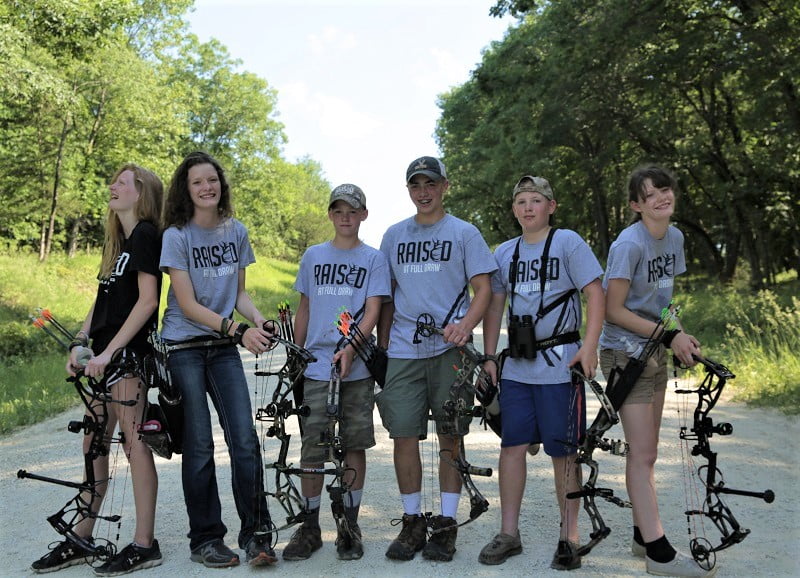 Hunting the Backcountry, with Jared Bloomgren