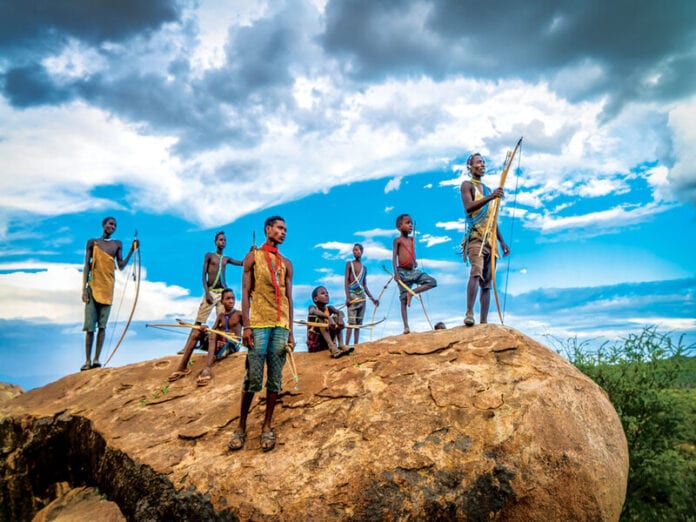 As humans, the basic core of our spirit is our passion for adventure. It is what makes “being alive” make sense, that pure kind of joy that only encounters with new experiences can bring. There is no greater sense of fulfillment than to engage with life’s endlessly changing horizons and in this; Nature always lends a helping hand. When we are immersed in Natural plains, for instance, there is a feeling of seeing a different sun each day and this is a miracle made possible by the spiritual roots of all things in one. It is an interdependence that helps us understand our souls, even if we can’t explain it to anyone else.

We -man, beasts and Nature- are interconnected and this link has been celebrated for years on end. In Africa, where culture is rich in tribal traditions, beliefs, rituals, and ceremonies, this belief in our spiritual roots in nature runs deep. Ancestors, mythology, and spirits play dominant roles in African communities and this dates back from before Western missionaries came to our shores as symbols of modernity.

In our woods, as we play hide and seek in Nature’s own room, time stands still. There is danger, triumph, heroism, heightened abilities sometimes supplemented by charms, and a meld of adrenaline and speed because of Emerson.  aptly shared: “in the woods is perpetual youth… where we return to reason and faith”.

Many western visitors to Africa are familiar with the Maasai and the Hadza people as representatives of the purest aspects of the African culture. Still leading the same hunter-gatherer lifestyle that has sustained their people for generations, these tribes make use of locally made poisons and ingenious camouflage to hunt. At a time when our lives are frittered away by so many unnecessary details, they are among the last of the true hunter-gatherers, a connection to our pre-agrarian past, a people seemingly forgotten by time.

The Hadza, who live in the northern regions of Tanzania, are without a doubt one of the last remaining hunter-gatherer tribes in the whole world. Handfuls of berries are picked from bushes as they wander the dry woodland savannah, over thorns, past acacia trees, and through parched grass. The occasional crunchy moist tuber is dug up from just below ground, all foodstuffs that even Hadza children can easily find.

Their native homeland includes the Eyasi Valley and nearby Serengeti plateau and they have lived here from their founding days. This is close to the spot where Homo habilis lived 1.9 million years ago and perhaps explains why Hadza genes show one of man’s oldest lineages. Here, they create their temporary shelters of dried grass and branches, where they live with very few possessions. This is crucial because depending on their need for food and water, the Hadza can move up to six times a year. 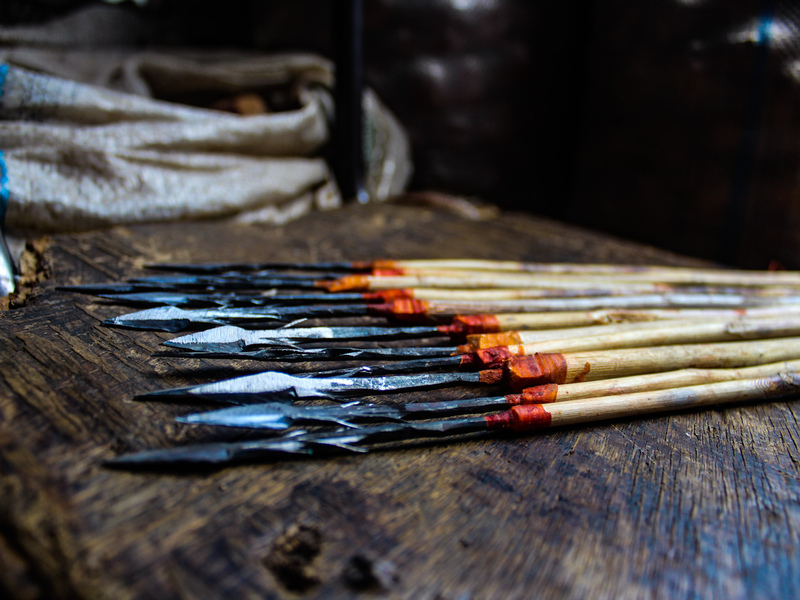 They speak a unique language, Hadzane, which incorporates clicking and popping sounds. As a people, they have no religion, only a belief in the sun, moon, stars and their ancestors. They offer prayers to Ishoko (the Sun) or to Haine (the husband of Ishoko) during a hunt, and hold rituals such as the monthly Epeme dance for men at the new moon.

Epeme symbolizes the Hadza’s concept of manhood, hunting, and the connection in between. You become an Epeme man by killing large game, preferably in your early 20s. In their culture, only Epeme men are allowed to eat certain parts of large game animals, such as warthog, giraffe, buffalo, wildebeest, and lion. These animal parts are the kidneys, lung, heart, neck, tongue, and genitals. Also, no one besides other Epeme men are allowed to be present for the Epeme meat-eating.

In addition to this, Epeme men participate in a native dance on selected nights. This dance must occur in complete darkness, without even the moonlight and the men dance one at a time. Each dancer wears a black cape, ostrich-feather headdress, and bells around his ankles, and stamps his feet to provide a beat. As he dances, he also sings and shakes a gourd maraca while their women and his fellow Epeme men watch. After a few rounds of this performance, he passes his dancing gear to another man who continues from where he stopped.

Hadza people only hunt with bows and arrows. They do not store any food so there is often nothing to eat at their communes in the morning. They hunt in the surrounding savannah to gather what they need and when animals die by their arrows, it is never out of greed. With no leadership structures and a moral obligation to divide what is caught equally, Hadza hunters share everything. The offal, the heart, liver and lungs of their game are cooked while on the hunt and eaten immediately. The butchered carcasses are what they take back to the camps to share with everyone else. Hunting in this way can be self-limiting but they accept this as part of Nature’s test. When neighboring tribes have suffered from famine, the Hadza have endured, because they know where to find food. 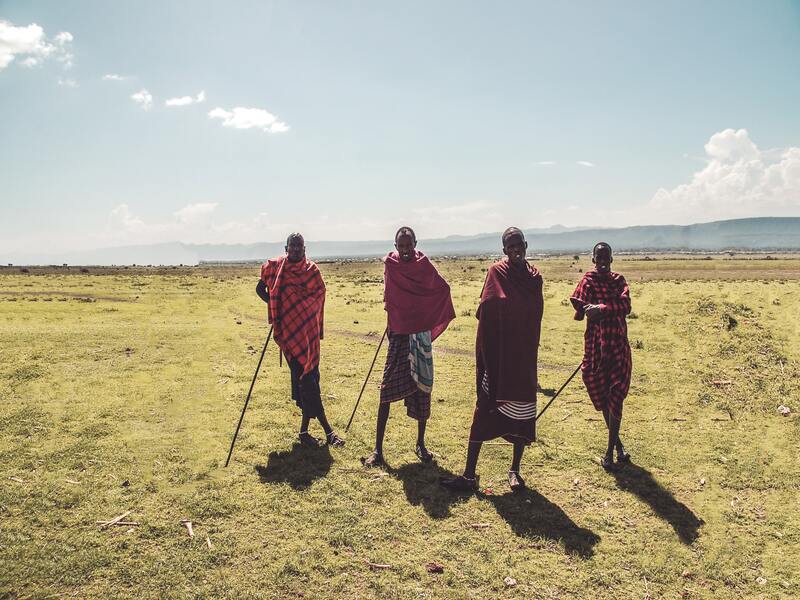 For their part, the Maasai are a unique people with an even more extraordinary culture. Their tribes can be found in northern, central, and southern Kenya as well as northern Tanzania. Cattle in tow, these people have circled these two countries for hundreds of years in search of fresh grass, co-existing with nature for as long as anyone can remember. The tribe has about 850,000 people and they are popular for their big ear expansions decorated with wood and colored beads, their red robes, and their dances in tribal celebrations.

Centuries before the world’s lion population was on the brink of extinction, young men of the Maasai tribe of Southern Kenya wooed young Maasai girls by hunting and killing lions. This age-old cultural tradition is a rite of passage into manhood and the only way to become a warrior. Lion hunts were done individually but due to reduced lion populations today, these hunts are now partaken by groups of about 10 Maasai warriors. The idea here is that the lions deserve a fighting chance and group hunting gives them a chance to grow.

In the Maasai culture, it is forbidden to kill a sick or weakened lion. They also believe that within the feminine lies a healing force that transcends the physical world and for this reason, the killing of lionesses is prohibited unless provoked.

A typical lion hunt starts at dawn, with the aged and Maasai women still asleep. The hunters rise to birdsong, nature’s alarm clock and cup of chai where possible to start their day. Slipping on their noiseless sandals, with soles recycled from old car tires, they head out of their kraal, a small sheltered community, to begin tracking. They meet at a chosen landmark and before they leave, the Ilmorijo (older warriors) filter out the group in such a way that the strongest warriors participate more fully in the hunt. The resulting group is known as Ilmeluaya (fearless warriors).

For the Maasai people, the best hunting tool is a locally made shield, composed of buffalo hide sewn onto a wooden frame and decorated with vegetable dyes. The handle of the shield is attached at the center back of the shield and wrapped with leather strips. It is simple, but very practical. The Maasai shield has featured prominently throughout their history. They are used in warfare, hunting, and in rites of passage because they confer prestige on their users. Local hunting knives are sometimes permitted on these hunts but anything else is considered excessive. Older warriors routinely force the younger ones to give up their excess weaponry, because, in the Maasai culture, it is considered insulting to bring more than a spear to a lion hunt. 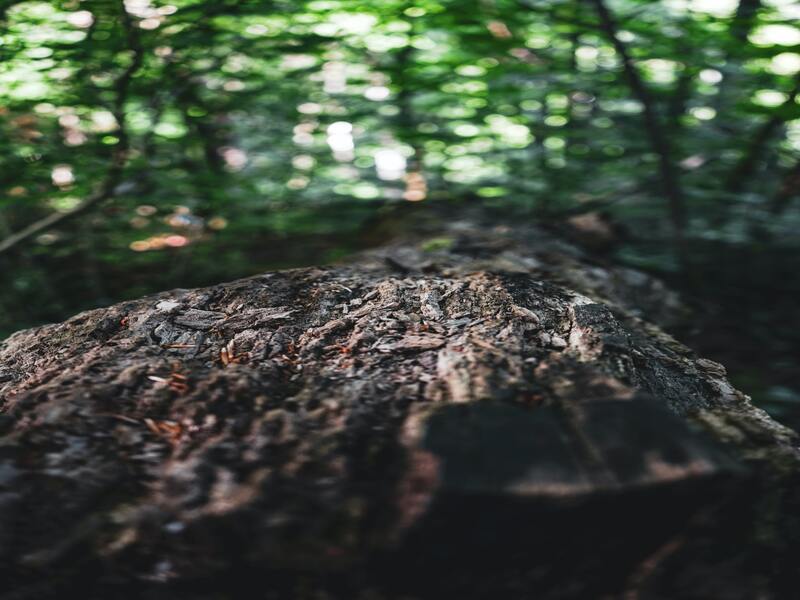 Nature is not always kind and not all who leave on these hunts return. Those who don’t form part of the Maasai legends, and those who do are initiated into “Morani,” the warrior class. Armed with their spears, Maasai youths become men in the time between the start of a hunt and its completion. They return to the tribe and are treated by all with new-found respect, one that becomes their pride and their identity. As far as beliefs go, the Maasai believe in a deity known to them as Engai, the androgynous Supreme Creator, possessing both feminine and masculine principles, equal parts benevolent and vengeful. They also believe in the sacredness of their laibon, a priest and shaman, whose role traditionally includes healing, divination, and prophecy.

Aside from their proud warrior society, and fascinating customs, the Maasai are also known for their jumping form of dance, which is traditionally carried out by warriors. This dance is known in Maa as adumu or aigus. This traditional dance takes place during Eunoto, a coming of age ceremony when a young man makes the transition into warrior. The Maasai warriors form a semicircle and take turns jumping at the center, as high as possible, without letting their heels touch the ground. As each man jumps, the others sing a high-pitched song whose tone depends on the height of the jump. This event can last around 10 days, and includes singing and rituals, in addition to the competitive dancing.

Maasai and Hadza hunters are impressive to behold. They have honed to the utmost extent, a form of intelligence that is both daring and true. They know who they are because they have grown up under the shadows of elders unswervingly true to their own nature. Their living and hunting culture is noble in its simplicity. It does not seek perfection because more than an expression of race, it is as much a part of their beings as are an elephant’s tusks. To this day, many of them have resisted the pressure to live in urban areas, electing to practice a lifestyle that has remained unchanged for centuries. 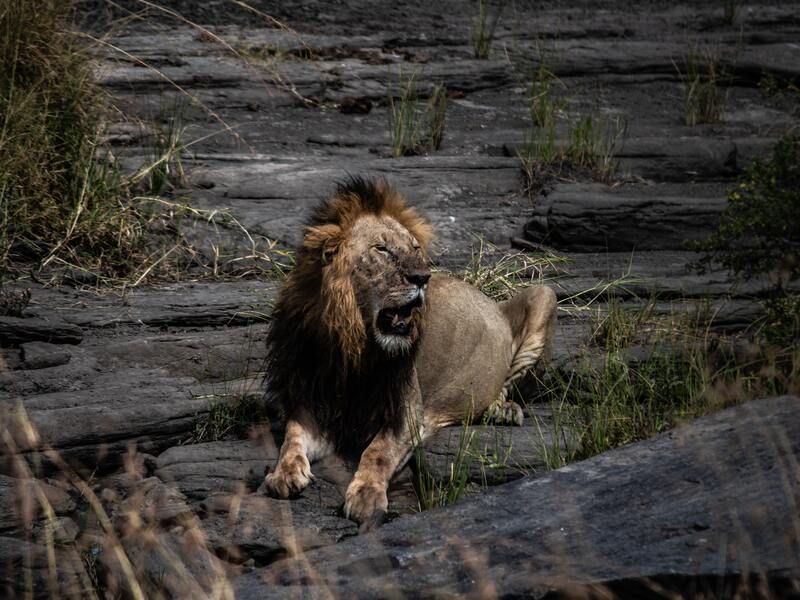 They don’t think of the open plains, the games they hunt, or the savannah with all of its tangled growth as “wild.” Only to our first Western visitors was nature a “wilderness” and only to him was our continent “infested with wild animals and savage people.” The way they live today reflects both when and where we all came from. These people are something special. They have a great sense of self and community and mirror a connection to our ancient past. To the Maasai and Hadza, Nature is and was always tame, deep and mythical. An example of the belief in this communion is this famous Maasai proverb: “We do not inherit the Earth from our ancestors; we borrow it from our children.”

You come to respect them because there is something about the way they live that reminds you of our common humanity, regardless of our differences.

Comment on this article or ask Linda questions here.

200″ Mule Deer With A Borrowed Rifle