Had a few minutes this morning to burn so I decided to head out to the farm and do some shooting. All this hoping that Marty was not farming this morning!!??

The rifle I had planned to use this fall during regular rifle deer season here in Idaho was my Knight Ulite Nitride 50 cal. I have a 3x9x42 Redfield Revenge with the Accu-Ranger reticule mounted on the rifle. I shot this rifle a lot in late winter and have it already sighted in for my fall deer hunting. Lehigh Dave, in answer to several requests, about a bullet that would load in some of the very tight 50 cal. bores decided to make and offer a .451 bullet. He also, I think, was fielding some questions about his (saboted) bullets that might also be shot in a slow twist barrel. His new bullet served both requests - a .451x230CF-HP. 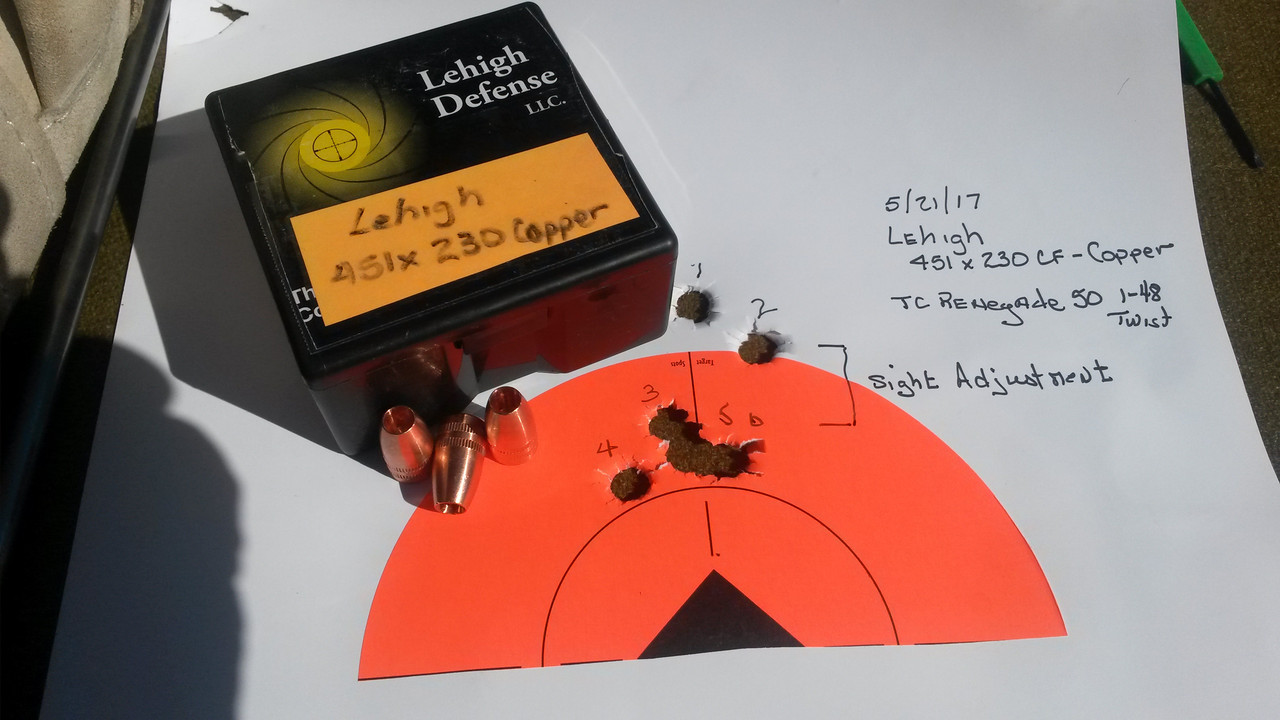 I received some of the bullets and the first thing I wanted to try - will they really shoot from a 1/48 twist barrel? They do!

Next, I tried them in a Knight Mountaineer and a Knight Nitride Ulite. They shot outstanding! After getting sighted in I also shot them through a chrono to work up a Ballistic Sheet. 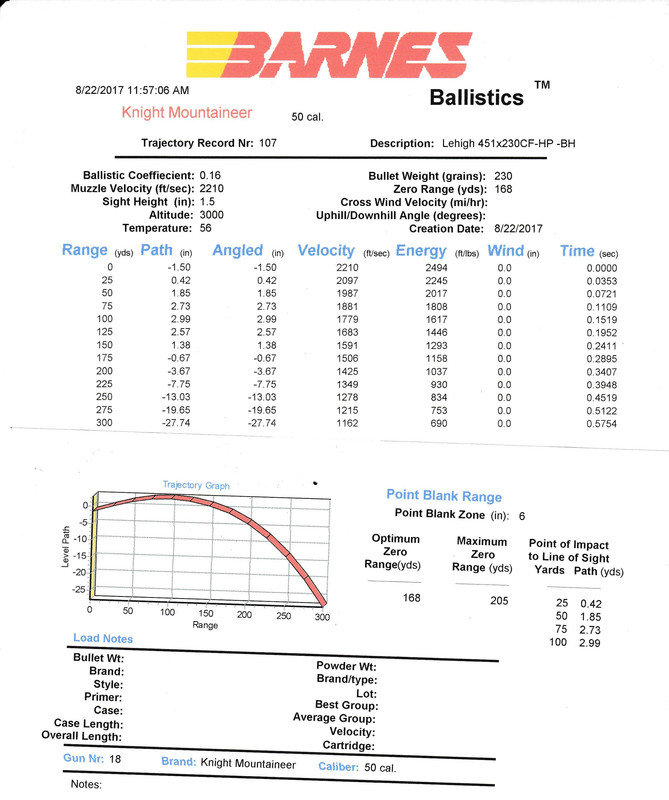 After doing this ballistic sheet - I had decided I really didn't need a FT 45 for hunting - Idaho will not let you hunt elk with a 45 anyway. So I sold 2 of my three FT twist 45's.

Now that Lehigh Dave has created the sabotless .458x260CF-HP, I am now having second thoughts about using a FT 45 for deer hunting during regular rifle season.

This is a composite picture of this mornings fun shoot. Nothing had changed since I put the rifle away last winter. Still sighted right on and the 5 birds payed the price.... 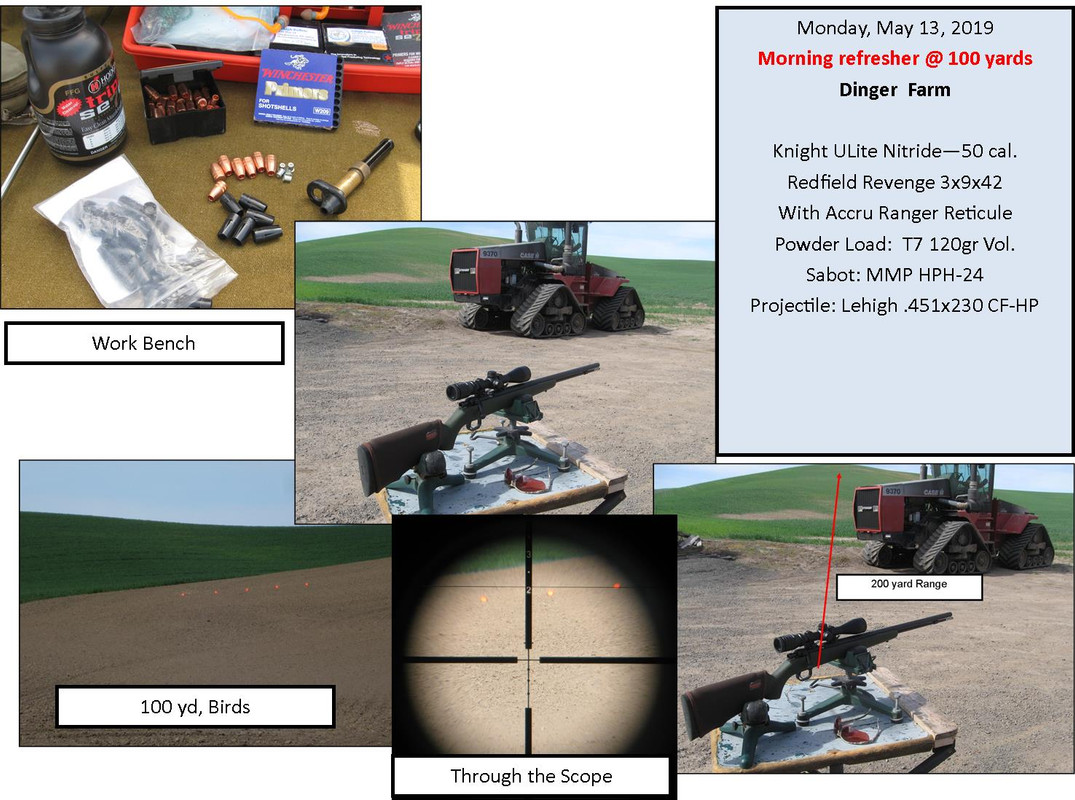