I decided to move on my old faithful Savage Axis .223 for something with a faster twist. The 1:9 was OK, but I've been craving a 1:8 to wring the best accuracy of of 77 grainers. It ended up being donated to a friend for his little boy to use on hogs in Texas. He only 6 (maybe?) & they hunt in thick scrub so accuracy beyond 50yds max was moot.

I'm a broke-ass bitch, so high end stuff is a no no & Tikkas are pretty much unobtainable right now. I decided that the Ruger American would fit my budget & needs very well indeed, thankyouverymuch.

I placed local want ads & prices ranged from "are you high right now?!" to "you smoked crack before you replied, didn't you." I literally couldn't find anything for less than $150 over retail & no retailers had them in stock. Shit.
Well, I happened to get chatting to a customer & fellow shooter & he mentioned that his brother had one he'd be willing to come off, cheap. "How cheap?", I asked, pensively.... "less than 3, more than 2."
"Tell him it's sold, we'll argue about the cash later! "
Turned out that it's the youth model, compact. Well, I figured if the price was right, it's a barreled action & I can work up from there. I was planning on another sub 20" barrel anyway. $225 & a free dog bath & trim sealed the deal.

Damn thing looked like it'd never been shot. I immediately started googling stocks & hit a wall. Boyd's, chassises (plural of chassis? Anyone?) or Ruger. Shit again.
I won't have another Boyd's under my roof, cheap & solid as they are. They're just ugly as a mud fence, heavy & none of them seem to fit me properly. Hmmmmm.....chassis? While there are a couple that'll work, none were particularly appealing or affordable by the time you've bought the actual important bits & the ones that were don't work with the 223. Shit x3.
Actually, I've since discovered that yes, in fact, they will but it seems like AICS magazine manufacturers & AICS magwell manufacturers don't, can't or won't communicate

Did further googling, knowing that Ruger makes the Predator model with 3 different mag configurations. Rotary, AR15 & AICS. The rotary is garbage. It's short, unreliable & only seats 4. The AR requires a different bolt (it has a cutout on the underside to allow passage over the feed lips) BUT the AICS might be a go. Google says......maybe. I found out that Ruger will sell you the magwell as long as you give them a serial number ($34, to the door) however, you'll have to argue for a few minutes with customer service because "That part is incompatible & you can't do the conversion with that serial number range" well, they're wrong. There are several threads on the Ruger forum explaining this. It took some convincing & a few white lies ("yes, I've done this before!") but they finally took my money.
Got it, bolted it in, job's a good'n. PMag .223 mag ordered.
Doesn't work.

It even says right there on the page "Will not work with Ruger American Predator." I guess I missed that. Shit x4, verging on phuq.

So, I took a $40 gamble & ordered an MDT magazine. I discovered that the steel AICS mags work great, but they're also $70+! Well, the MDT works perfectly. There is a little rocking, front to back, but not enough to hinder feeding at all. Until you've got 2 left, then the last round catches on the bolt body & tries to double feed.

I just got a Predator in .308
So far , So good.
Love the 4 round flush mag.
But the safety is LOUD!!
Gotta do sumthin about that.
B

Belt sander to the bolt? That’s a man after my own heart right there. 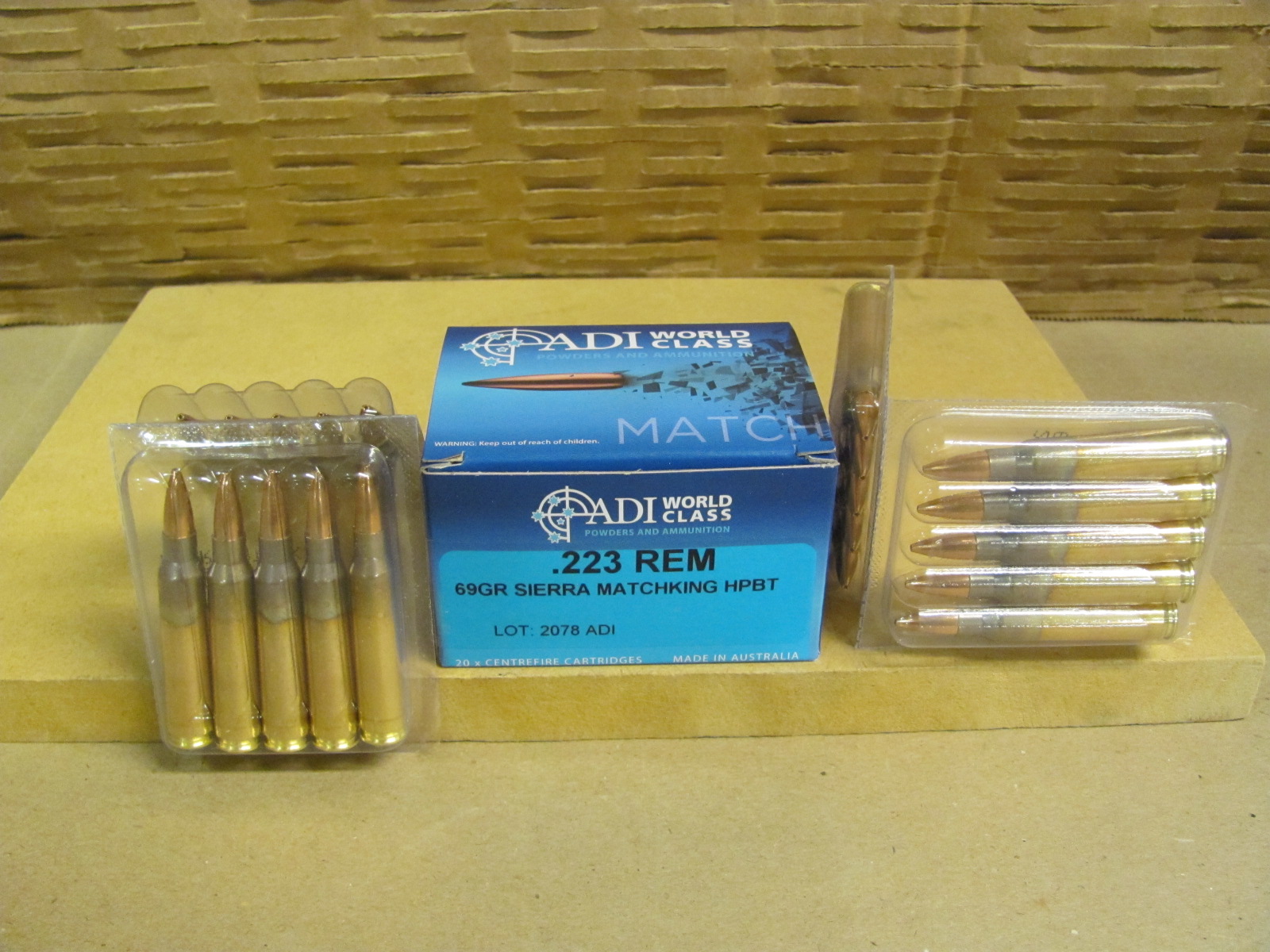 These have been the best for the least for factory.
B

Also noticed with the MDT mag MAX OAL is 2.55. A little more room than the standard AR mag. Nice for the 77’s.
OP

BLJ said:
Also noticed with the MDT mag MAX OAL is 2.55. A little more room than the standard AR mag. Nice for the 77’s.
Click to expand...

That was pretty much the driving idea behind the project, to be honest. I'm wanting to get the most out of those little rascals!
B

I’m assuming 16” barrel by the picture. You need all the length you can get. I’m crunching Varget behind mine and hovering around 2475-2500.
I thought about the MDT mag but I like being able to use standard AR mags. I’m going to try Hornady 75 BTHP next. A little shorter. Maybe pick up some speed.
OP

That’s a good place to be with the 77’s. 2.26 max OAL doesn’t leave a lot of room for powder.
You must log in or register to reply here.