In rethinking my hunting arsenal, I compiled some data to get a closer look at the caliber debate. Thought I'd share here since this discussion is never-ending. There are several shortcomings in this review, though I did it on the couch during the Rose Bowl so take that for what it's worth. Caliber selection also has its religious zealots so you might stop reading if you’re going to get excited about my musings. Hand-loading, muzzle breaks, suppressors, wildcats, limb savers, other ammo manufacturers, etc. are not addressed and can change perspectives. The spoiler alert is that nothing here is surprising and closely matches our perceptions of these calibers.

Common calibers for antelope, deer, and elk hunting were selected on models from the popular Tikka (T3X) and Browning (Hell’s Canyon) rifles. These included 14 calibers that ranged from the .243 Win to the 28 Nosler. Performance data from each caliber were taken from Hornady’s ammunition offerings (here). Measures (velocity, energy, and drop) are at 500 yards based on a 200-yard zero and a 24” test barrel. The ELD-X Precision Hunter was used as the standard and was also the only offering available across all calibers.

Since recoil is often key to this debate, recoil energy of the closest bullet size/rifle weight estimated by Chuck Hawks (here) was included. Most rifles were at 8 lbs and bullets matched or were in the right vicinity. The number of offerings (i.e., types of ammo in the same caliber) were also tallied for each in hopes of capturing some aspect of factory ammo availability. These are Hornady data so know that offerings will vary by manufacturer (for example, Nosler carries four offerings in the 28 vs one offering from Hornady).

(1) All of the ammo is capable of killing antelope and deer within a few hundred yards, and 11 of the 14 calibers are sufficient for elk to a few hundred yards. Point being there is a great selection for hunting the west depending on your personal preferences.

(2) Velocity and trajectory tell the same story (they're nearly perfectly correlated), whereas energy is pulls in the size of the pill being pushed. Some use the general rule of thumb of 1,000 ft-lbs of energy to stack a deer and 1,500 to stack an elk. Although, many folks - myself included - will argue that shot placement and bullet performance after impact are more important. Most of the rounds examined here (11 of 14, or 79%) are still over 1,250 ft-lbs at 500 yards, again supporting the notion of a great selection.

After reviewing the data, its pretty challenging to come up with some way to rank "the best" caliber since everyone has different capabilities and preferences (and probably the reason for heated debates). A 6'4" coworker who hand-loads, builds custom rifles, and shoots elk at 600 yards can muscle a 28 Nosler, whereas a teenager shooting does at 60 yards is much better off with a .243.

Below, you'll see a dendrogram from a cluster analysis - a computer-generated schematic that groups the calibers based on similarities (in this case, bullet size, BC, energy, trajectory, and recoil). Again, bullet selection could easily move one caliber to another category.

Four natural groups stand out (averages from each group shown below the figure):

(1) Flat-shooting rounds with mild recoil including the 243, 6 CM, and 25-06, probably best left to antelope and deer. The smaller bullets make up a little ground on energy by virtue of speed, though the lower BCs and thump is limiting at distances or with bigger critters. If only my beloved 25-06 was a little longer as Ron Spomer points out! Roksliders informed me that the kind folks at Blackjack Bullets are working on that problem as we speak. Maybe they'll squeeze some more mileage out of the Creedmoor image with the 25 CM?

(2) Larger bullets with slightly more recoil, better BC, though not as much sizzle as the magnums. These include the very similar 6.5 CM and 7 MM-08 and also the .308 and 30-06. The major similarity here is that lower sizzle relative to the next two categories, though the high BC and manageable recoil helps with accurate shot placement (maybe why Hathcock loved that 30-06 and why we've witnessed the explosion of the 6.5 CM?). Another benefit of these calibers is the number of offerings: Hornady alone has between 6 and 16 factory-loaded options for each of these rifles.

(3) The first tier of magnum rounds: bigger bullets, BC, energy, and flat-shooting guns (270s, 7 Mag, 280 AI). The key difference in this group is more sauce than the previous group, but not as much thump and recoil as the next group. Crazy thing is how close this group is... and shows why Jack loved his 270 so much. These numbers also highlight why folks love that 280 AI... you get similar performance compared to others in the group at up to 20% less recoil. Factory ammo is mixed in this group, with solid offerings for the 270 and 7 mag, but slimmer pickings for the 270 WSM and 280 AI.

(4) The second tier of magnum rounds: bigger and better everything, but at the cost of recoil. The 28 Nosler highlights this sort of rifle - only 31" of drop at 500 yards (from a 200 yard zero) while still packing nearly 2,500 ft-lbs of energy at that distance. The numbers are impressive, though limited factory ammo options and the bark may limit its popularity compared to the 300 Win Mag or WSM. On the other hand, sharpshooters with setups to help shootability are definitely making long-distance calls on bigger animals.

There are definitely a few things missing in here, though I thought sharing these numbers and a little interpretation would be useful for folks debating what the next purchase will be. My suggestion is to get one from each category so that you're covered for any situation.


Averages from each cluster shown above.


Min, average, and max values from all calibers.


Data from Hornady used in comparisons.

Yep, you are correct... these are referenced values (not calculated, which would be the better way to do this). Oddly enough, Chuck Hawk's table doesn't have the 6.5 so I pulled the average recoil from a quick search (snipercountry link below). He also has the 7mm-08 and two different rifle weights and three bullet sizes.

Running the calculations would be the best way to do it, but not sure when I could get to that and think the recoil approximations pan out close enough to know which ones will bark and which ones won't.

Thanks for pointing out the discrepancy. 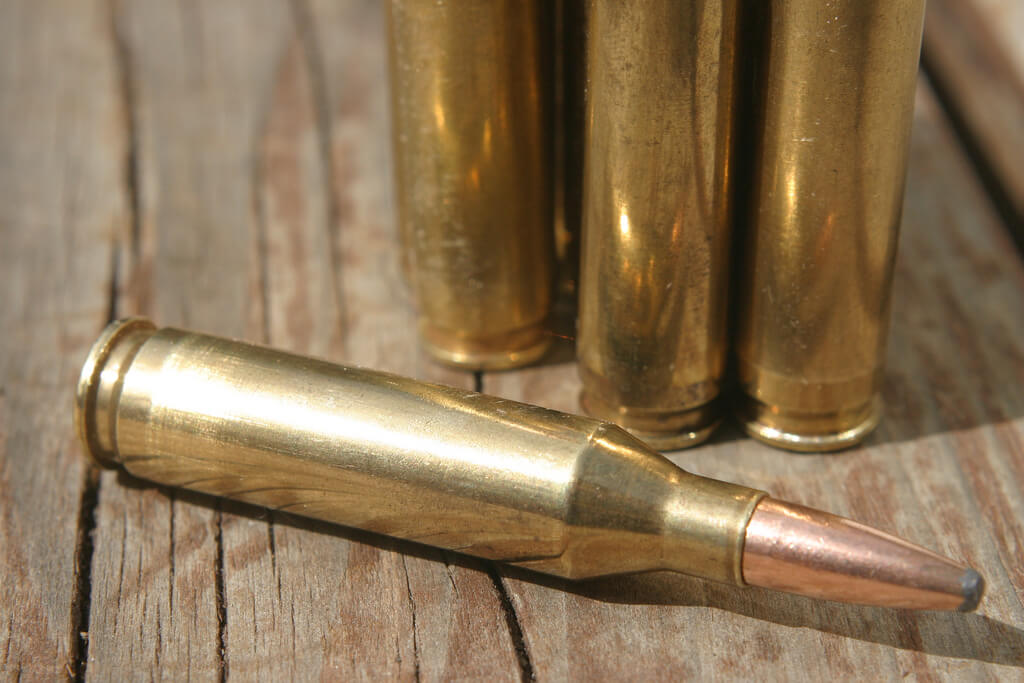 Both the 6.5 Creedmoor and .243 Winchester cartridges show tremendous versatility in both the hunting and competitive shooting worlds.

My wife asked, "I thought hunting season was over" when I was obsessing over bullets on my day off.

Rf isn't a true value, but it works well as a comparator. Rather than using CH's table, you could run the numbers yourself with a specific rifle for comparison.
S

Rf isn't a true value, but it works well as a comparator. Rather than using CH's table, you could run the numbers yourself with a specific rifle for comparison.
Click to expand...

Great info... I think this suggestion is much better for someone doing a specific comparison between two calibers. The rifle weights can really make a difference and some of the offerings might differ by 60 or more grains.
OP

They've got it in the Hell's Canyon, too... may have to let my wallet simmer down a bit after a four rifle year, but thinking that could be on my short list in 2020. Would be curious how much that brake softens the kick. 6 lb 13 oz might need some help! 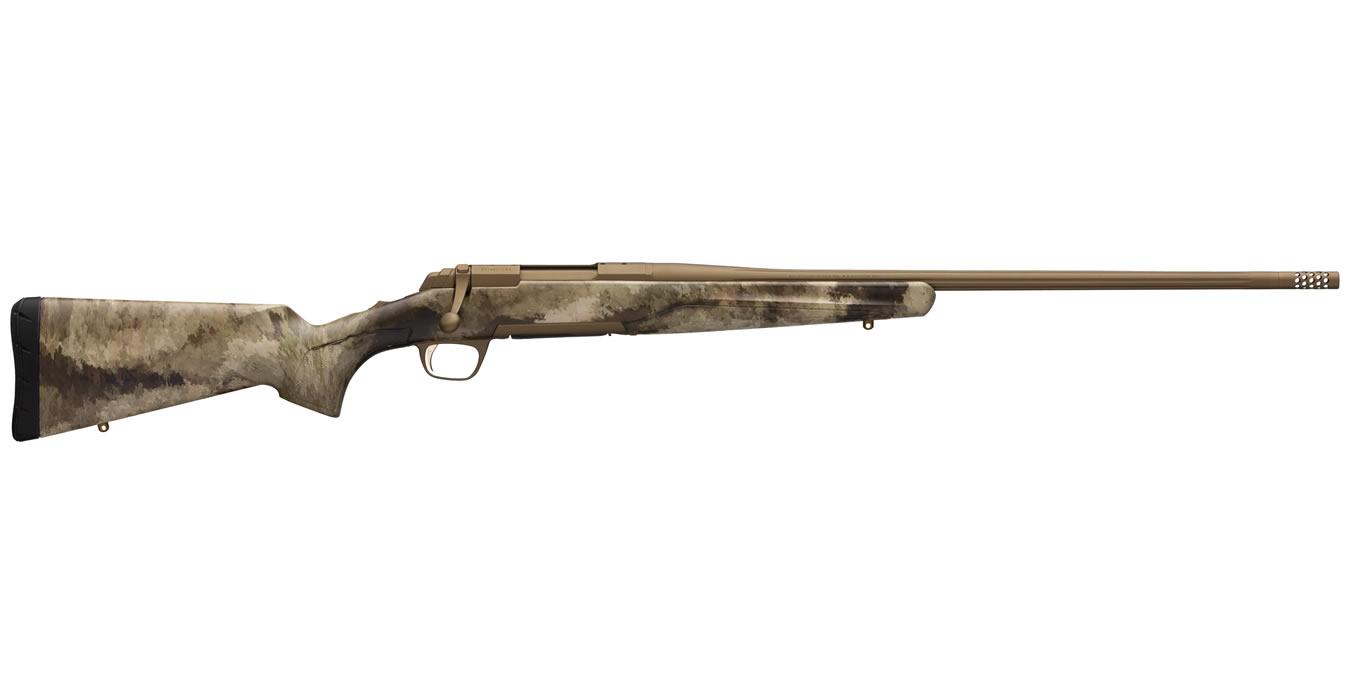 menhaden_man said:
They've got it in the Hell's Canyon, too... may have to let my wallet simmer down a bit after a four rifle year, but thinking that could be on my short list in 2020. Would be curious how much that brake softens the kick. 6 lb 13 oz might need some help!

that’s the rifle I actually looked Into last year
And ended up going with a Kimber mtn ascent instead in 300 wsm. I’m very happy with the Kimber but that 28 nosler still hasn’t left my mind lol

Hardly a scientific experiment but comparing those 2 the 7MM-08 is more easy on your shoulder IMHO I had identical Tikka Superlite's in both 7MM-08 and 6.5 Creed. Had them set up exactly the same - same scopes/rings and shot them side by side at the range., I was shooting the Hornady Precision Hunter ammo, 150's in the 7MM-08 and the 143's in the 6.5. At the end of the day I thought the 7MM-08 kicked less - or I should say it wasn't as "snappy" as the 6.5 if that makes sense. I can shoot the 7MM-08 all day, but just didn't care for how the 6.5 was after a few shots. But thats just me maybe?? I will agree it had me scratching my head wondering why since you would think the Creed would be easier??

menhaden_man said:
They've got it in the Hell's Canyon, too... may have to let my wallet simmer down a bit after a four rifle year, but thinking that could be on my short list in 2020. Would be curious how much that brake softens the kick. 6 lb 13 oz might need some help!
Click to expand...

Smithb9841 said:
that’s the rifle I actually looked Into last year
And ended up going with a Kimber mtn ascent instead in 300 wsm. I’m very happy with the Kimber but that 28 nosler still hasn’t left my mind lol
Click to expand...

I really like it, took a little getting used to being so light but im happy with it. Definitely has a little kick even with the muzzle break but nothing too bad.
OP

Trust me I normally try not to be this pathetic. I already own a 5 on that list including the 30-06...
S

Before the pile of critiques gets too tall, I say kudos for a useful exercise. What your graphics show, compared to what they omit, is worthwhile. We each have our favorites, based more on experience, marketing, opinions of friends than on data. Past a point (270 win, 7-08 for ex) small gains in velocity/energy are achieved through large increases in recoil and noise. Same thing happens when you launch .308 and larger bullets instead of smaller calibers, as in 308 vs 7-08. Like horsepower in a car: 30 extra HP in a vette gets you very little gain in speed, while 30 HP in a Civic yields greater gain. Longer, lighter monometal bullets let us focus more on cartridge efficiency than on bullet mass or muzzle velocity.

And 28 nosler has more recoil than 300 wm, even firing much lighter bullets.
You must log in or register to reply here.

What caliber to rebarrel Rem 700 SA?

T
Choosing a caliber during these tough times