Well my oldest boy and I headed North on Thursday with plans for 4-5 days of hunting. My youngest backed out unfortunately so it was just the two of us. Made the drive up, then a short boat ride. Set up camp that afternoon and went for a walk to see what was up. The first night we saw 15-20 cows and calves milling around, no bulls though.

Friday morning we got out of the tent and had another cow and calf playing on the far bank of the river. That was fun to watch! We took another walk but didn't see any animals moving. It was pretty warm and the whitesocks were out in force. Made it back to camp, looked up and saw another cow and calf, soon followed by 25 or so more animals. There were 6 bulls in the group, none huge but we're not real picky. Made a move to get ahead of them and caught the last one in the group still in the open. A short 75yd shot with my old 8mm mauser dropped it where it stood, which happened to be only 50yds from the river.

We got it cut up, bagged, and into the boat by about 1pm. The temps got up into the low 60's so we decided to get the heck out of there with the meat. With only one tag there wasn't much sense in hanging around. So all in all it was a fun trip, albeit a super short one. Heart and backstrap on the menu tonight!

BTW, the Megahorn was great for the one night of use. I liked being floorless and having a woodstove to knock the chill off is pretty awesome. Definitely a 2 man shelter if you want any gear in with you. 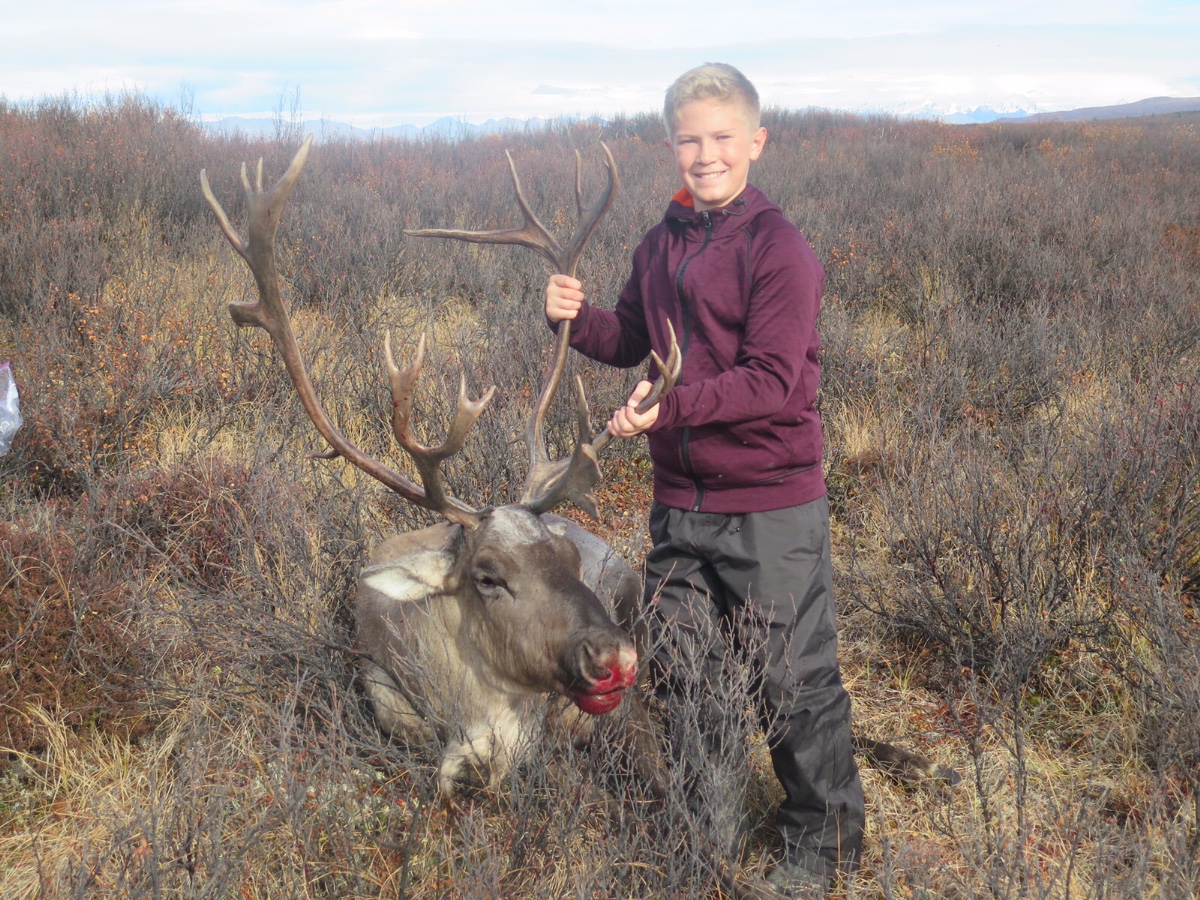 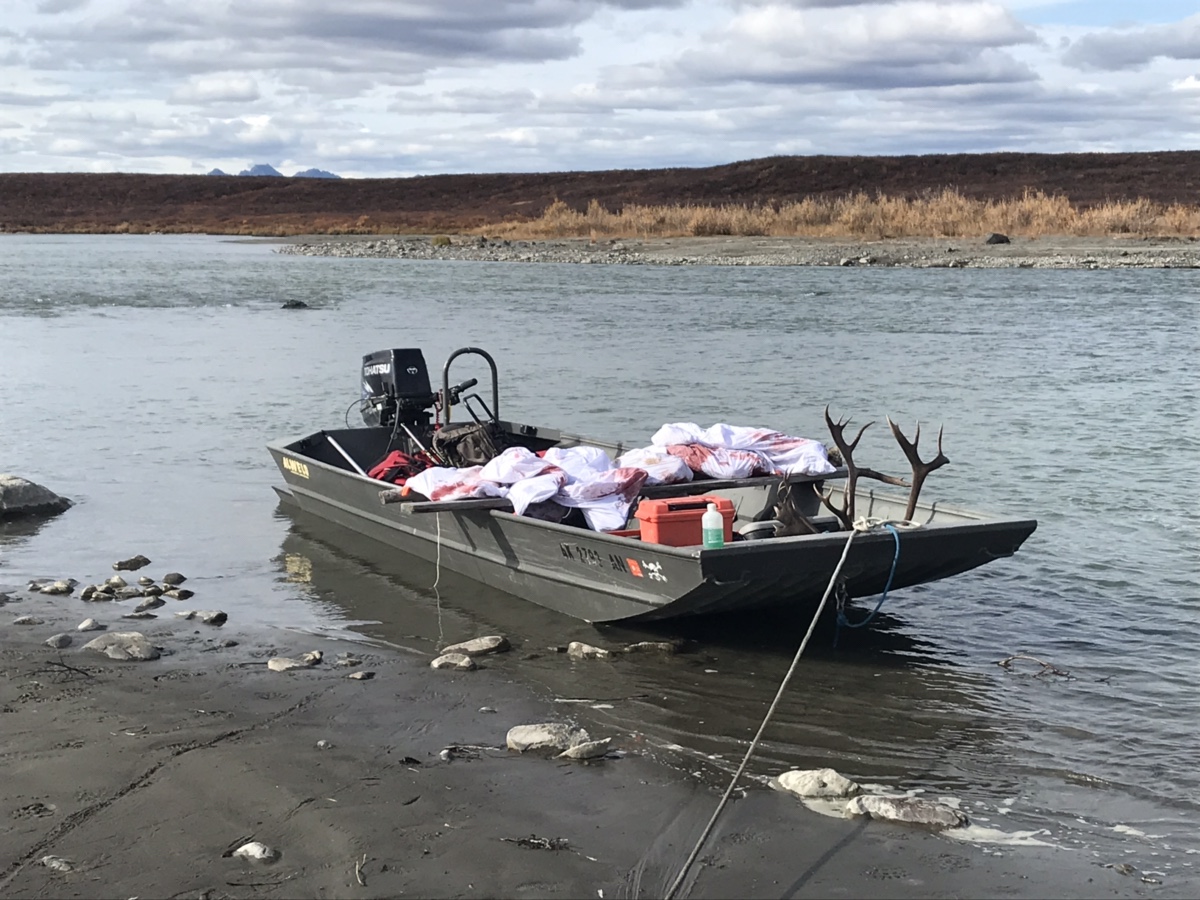 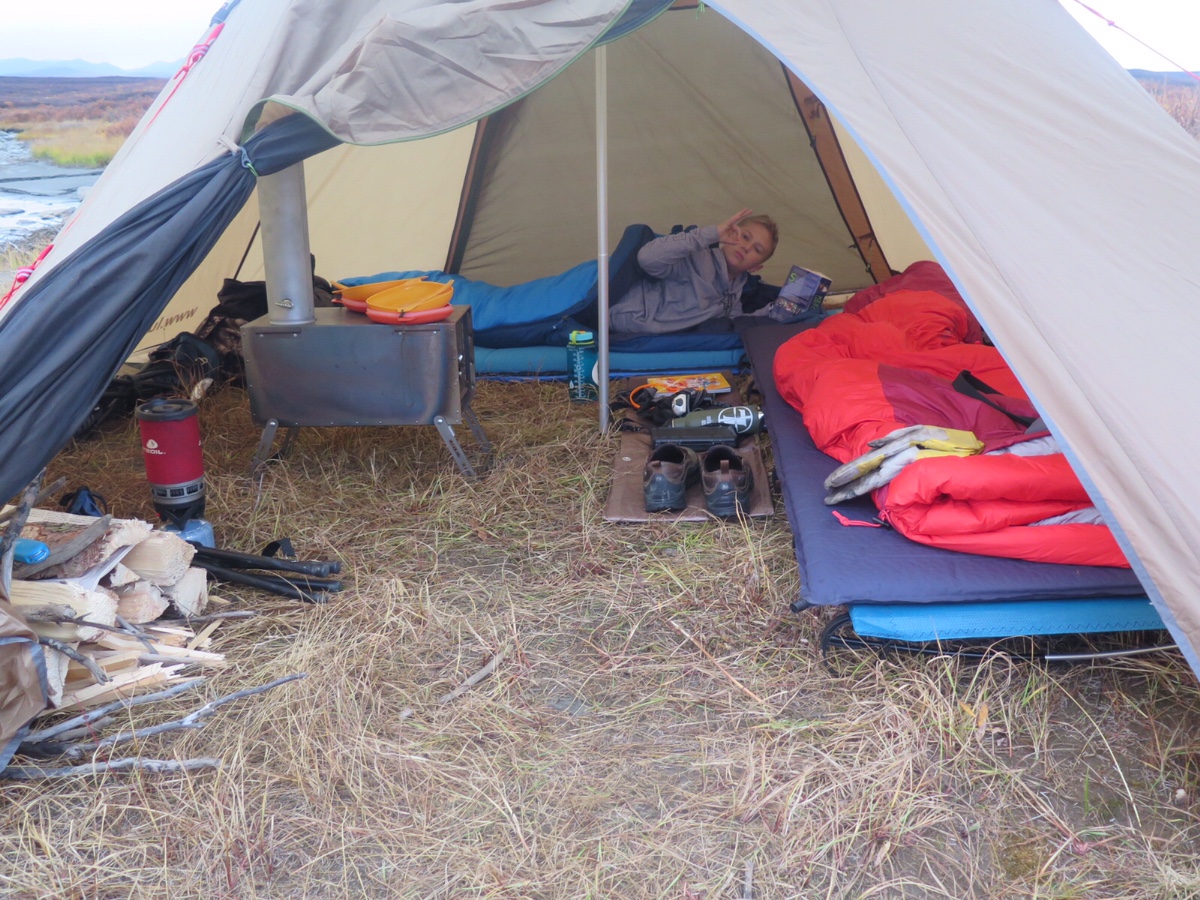 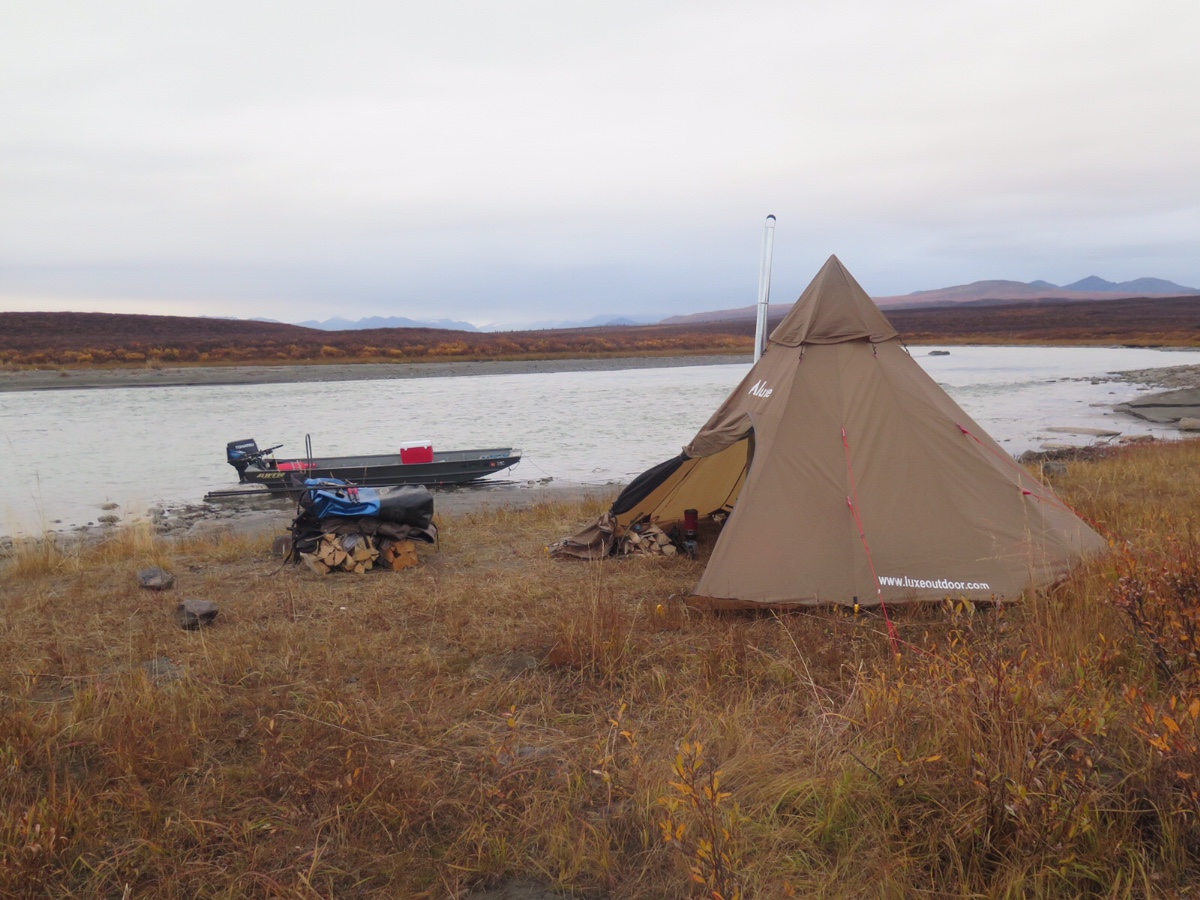 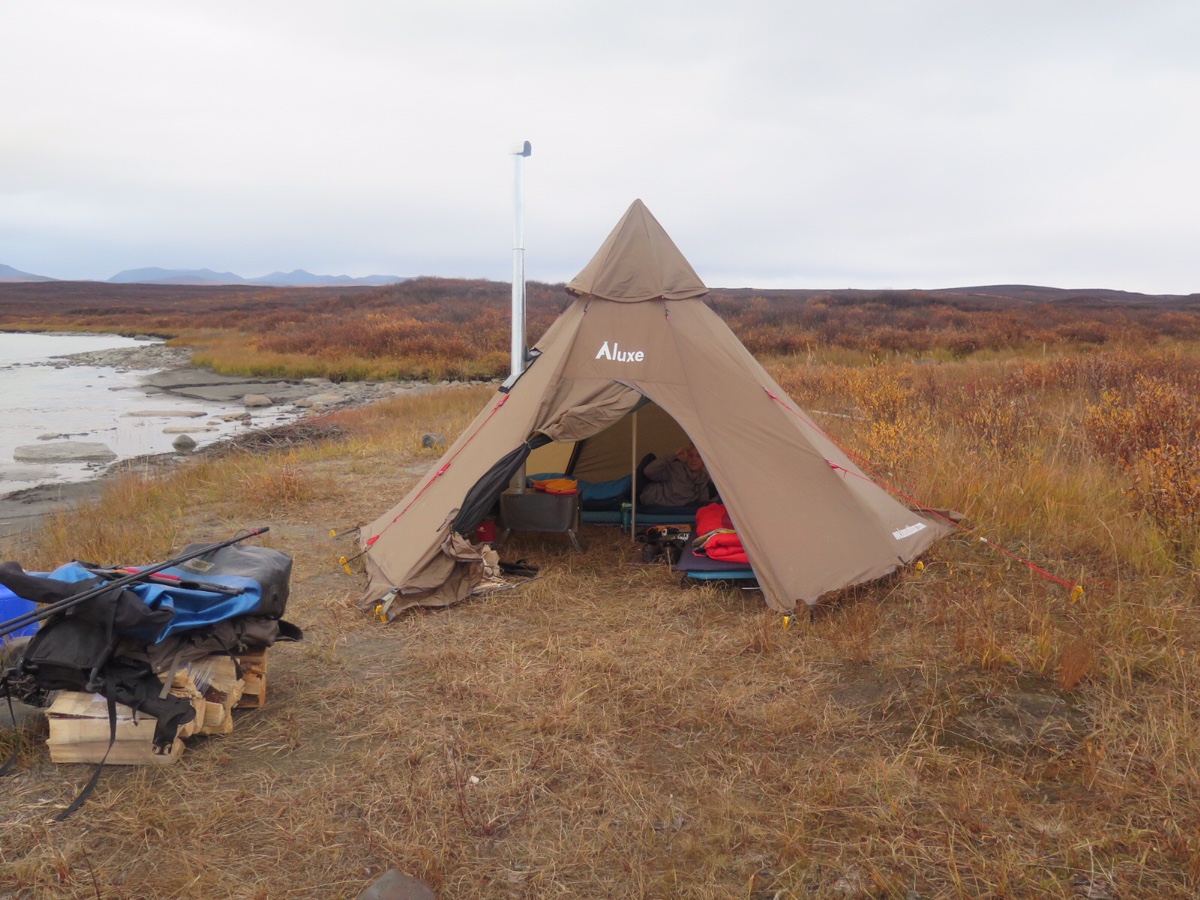 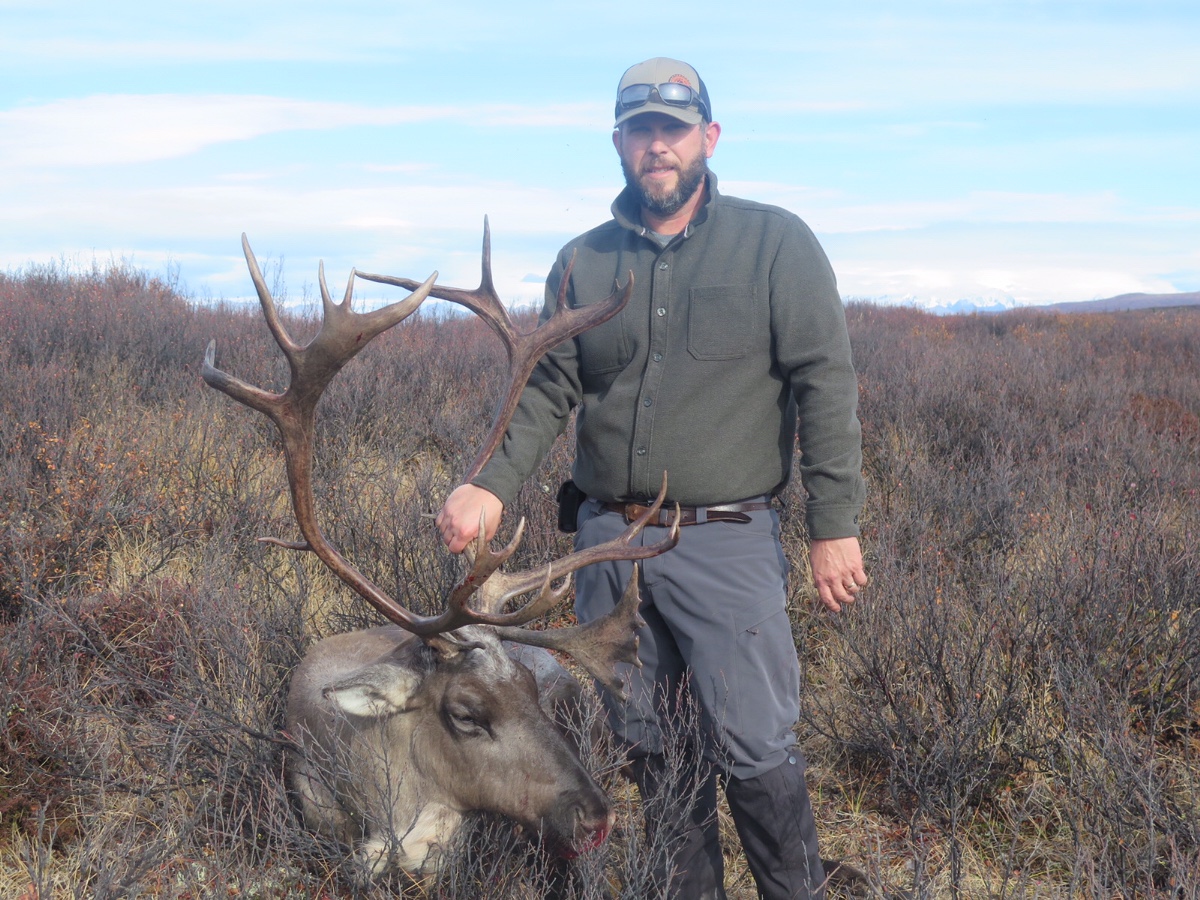 Awesome story and pics, and congrats on the bou! I started hunting with my Dad when I was 4 years old back in the 60s, we mainly hunted the Denali Highway, Lake Louise, and Hatcher Pass back in those days. Thanks for bringing back some great memories!
L

Nice work. Any hunt you share with your kids is a trophy hunt for sure! And that picture is priceless well done.

What sort of boat and motor are you running.
OP
P

thinhorn_AK said:
What sort of boat and motor are you running.
Click to expand...

It's an Alweld 1752 tunnel hull with a Tohatsu 35 jet. I added flotation pods and a grab bar after I bought it. It's been a great little setup and runs in just 3"-4" of water when on step.

ptarmigan said:
It's an Alweld 1752 tunnel hull with a Tohatsu 35 jet. I added flotation pods and a grab bar after I bought it. It's been a great little setup and runs in just 3"-4" of water when on step.
Click to expand...

Sweet, Im looking to get a smaller flat bottom like a 16-17 with a 40 to run the smaller water here.
OP
P

thinhorn_AK said:
Sweet, Im looking to get a smaller flat bottom like a 16-17 with a 40 to run the smaller water here.
Click to expand...

I think Tohatsu is discontinuing the 50/35 TLDI jet unfortunately. It's a great motor with the best power to weight ratio in its class. It pushes my boat really good. On this trip we came out with me, my son, the quartered caribou, and a whole lot of gear. The motor puts that boat up on step real quick, which is nice to avoid smacking the rocks!
You must log in or register to reply here.
Share:
Facebook Twitter Reddit Pinterest Tumblr WhatsApp Email Link