When did the out lying impact automatically become the "pulled flyer"?

More of a sarcastic rant. I've never made a video for youTube. But when did every round outside of the group become the automatic "Pulled Flyer"? Is the world really THAT full of DBs?

Did you feel yourself pull it/flinch? Thats when I call it a pulled shot.
B

They “didn’t do their part” on those shots.

I literally watched a dude at the range shoot almost a 1.5 moa 5-shot group and then shoot a smoking .25 moa 3-shot group right after it. He takes a picture of the good group and posts to social media about how he loves his rifle that shoots 1/4 moa all day. I about died laughing.

Feel the same way about putting a coin next to their groups to obviously hide the shot that they “didn’t do their part” on. I know how big bullet holes are I don’t need a scale!!
OP
J

Throw a dart at nearly EVERY video posted...."That shot right there....I must have pulled that one".....

Wouldn't we all like to Cherry Pick the best shit in developing a Long Range scope/rifle/ammo combo? The Pulled Flyer does nothing for the scientific data testing you SHOULD be collecting in a non biased manner. Pull the name Brands and look at the data....Flyers included.
W

pulled shots or screw ups don't count unless called immediately after the shot. They are legit. I can call a shot as soon as it goes off if I do something stupid. But, I agree that I'll agree that everyone is taking their best group and calling it the norm. But this goes along with the norm of guys on video making a horrible shot and then talking about how they "smoked em". Finally drop/hit a buck the third shot and say"good shot"

Would you rather they pull one of the shots as a "flyer" that's in the middle of the group?

Rifle is what it is for me, at least on a bench. But for archery I call all my shots, and know where they hit before I even get to the target.
F

5MilesBack said:
Would you rather they pull one of the shots as a "flyer" that's in the middle of the group?
Click to expand...

It’s actually just as likely that it is....


The whole nonsense about “flyers” and called shots is absurd when shooting from a bench. It is not difficult to press a trigger from a rifle that is on sandbags. If someone can not do so without having a siezure behind the gun, they shouldn’t be talking about accuracy at all.

Having done it thousands of times, I guarantee you that if you put a target just far enough away that the shooter can’t see the impacts, have them shoot a group while you log and mark where each round goes, then ask them if they had any “called shots”- they’ll say something to the effect of “yeah the fourth shot felt bad”. When they get to the target, there is one or two shots out of the “group, and they exclaim that those were the called shots. Problem is, you logged and marked each shot, and their supposed “bad fourth shot” was actually in the group. And the outlier was not the “called” shot at all.

Guns do not shoot to a point, they shoot in a cone. 3/5/7whatever shots is not a “group”. They are singular random events that happen sporadically inside the cone. Anyone that has had or remembers base statistics will understand this.
M

I could probably call a flier if it has a horizontal string...perfect elevation but say .25" to the right...that's likely trigger control. Otherwise I call BS on knowing it's you.

A buddy's little Rem Model 7 shoots 2moa so I think every shot is a flier.

cjl2010 said:
Feel the same way about putting a coin next to their groups to obviously hide the shot that they “didn’t do their part” on.
Click to expand... 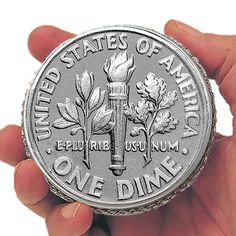 Now the coin beside the group makes so much more sense!
M

Hahahaha. I’ve wondered the same thing. Pretty sure it’s just an excuse but who knows?

What about the “fouler” shot?
F

Yeah, I’ve never seen so many rifles and shooters able to shoot in the .2s and .3s.
Cherry picked bullshit.

If the first two shots touch, the third is a mindphuqq. After that the barrel is too hot and there’s mirage, wind, moon phase, atmospheric pressure and all those other things if I do my part all day long.

You're missing a couple decimals. It's supposed to be .215" then .409" etc. If you're not measuring to the thousandth how precise are you really?

I should give up shooting....everyone’s all benchrest and snipered up these days.

I was told that talking rifles to a real sniper is about like talking hammers to a carpenter because either one could really give a shit.