Smid said:
I went nosler over the .223 because of the speed. It’s much faster out of the same length barrel, and I should be getting some really good speed out of the hand loads my buddy is making. 22-250 would be good also, I just don’t see the ammo around here very often. My buddy reloads for me but I don’t want to bank on that and .22 nosler being such a boutique caliber made me realize why I should have went with something more readily available. 22-250 is probably a better choice than a .243 for coyotes, but I know a bunch of guys running the .243 and it’s very proven around here.
Click to expand...

I believe it would be a great coyote caliber but do you know how it would perform on fox and bobcat?

My 224 Grendel has been updated. Athlon Midas Tac 6-24x50mm and a DA Nomad. I’m seriously considering the new Magpul PRS Lite in the future! 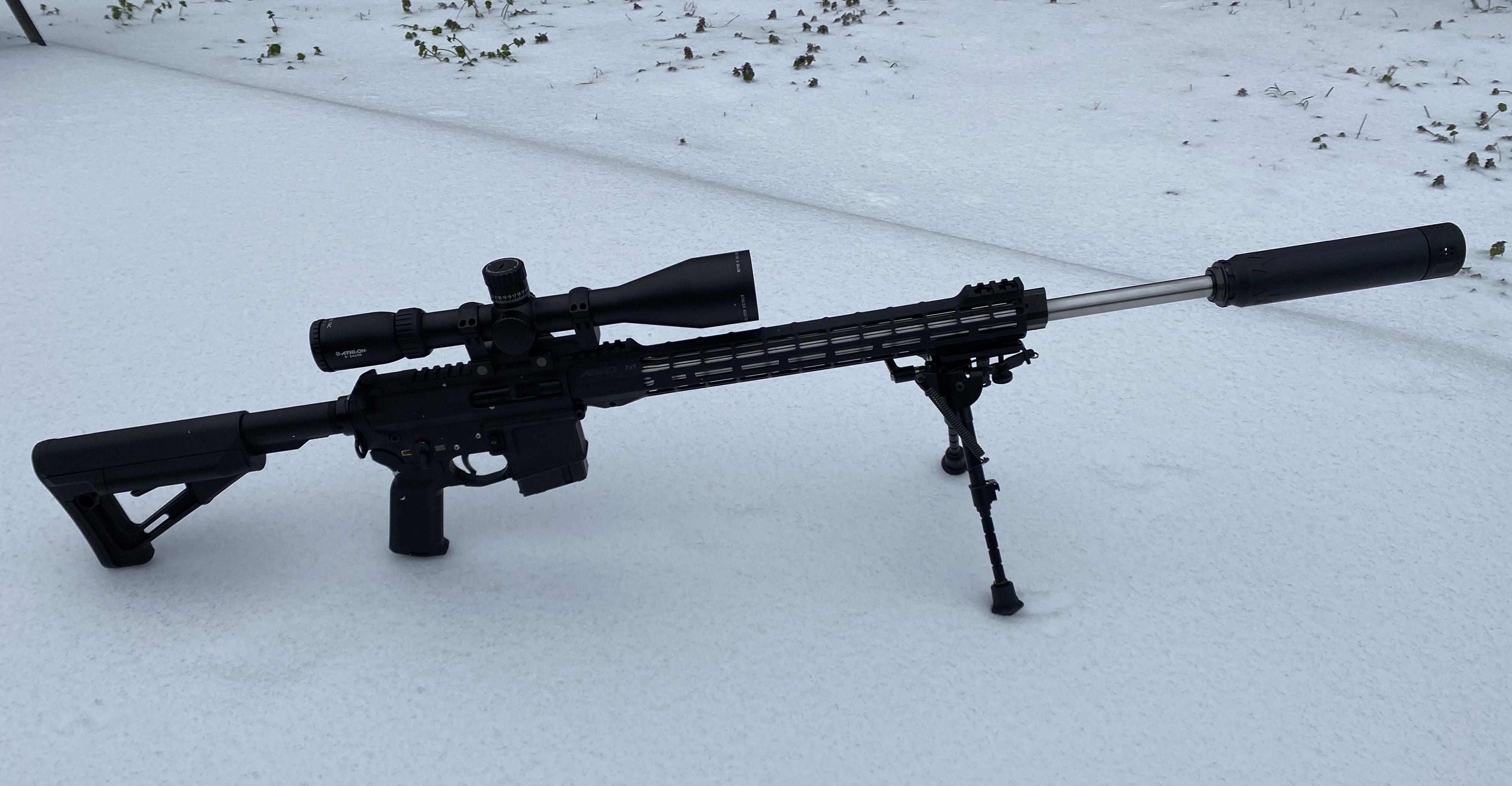 Trapperkid said:
I believe it would be a great coyote caliber but do you know how it would perform on fox and bobcat?
Click to expand...

That, I’m not sure about. We don’t get money for fur around here so I don’t take much consideration into being fur friendly
T

I understand that struggle I just would like to get a few fox and a few bobcats tanned. They are pretty animals.
T MTSabo said:
ARs have stupid heavy trigger pulls and require other upgrades to make them accurate at longer ranges.
Click to expand...

I finally got around to putting in a CMC straight trigger that's like, maybe 2-3Lbs. Such a wonderful change! The stock one was reDONKulously hard... like 11Lbs or something like that! Apparently because it was intended as a CQB model is why they had a heavy trigger on it, apparently.

It depends are you wanting fur friendly or lay 'em down right there? For fur friendly a bolt gun in 17 rem. I have a few. For a hammer the 22-250 is hard to beat. I just retired and my wifes retirement present to me ( she didn't know it lol) was a Christensen Arms Ridgeline 22-250. The one below @ 250 yards. A good inexpensive option is a ruger american. Can even get one that takes pmags for extra rounds if your state allows. Good shooting rifles for the money

I’d find a heavy barreled 22-250. For me, the only drawback is weight while carrying which is off set by ease of accuracy that the weight provides. I would shop around for a used Savage or Rem 700 Varmint Special(made from the 70’s thru early 90’s). Sometimes you can find a really good deal.

I’ve used AR’s. They are fine I just don’t care for the way they carry. Bolt action .204 was fun to shoot but I felt under gunned after having a couple run away on shots that I don’t think we’re marginal. My CZ .243 was a hammer on coyotes but I didn’t care for the trigger and the stock needed work so I dumped it.

I stumbled into a steal of a deal at the used gun counter at Scheels on a neglected 30+ year old Remington 700 varmint special(NOT the same as the existing 700 varmint) chambered in 22-250 for $500. Was covered in light surface rust and the bore looked rough but the stock was good and it had a nice trigger so I figured I could get most of my money back if it was a dud. I spent four hours cleaning it up that night and got the bore looking shiny outside of one small stubborn spot and nearly all of the surface rust cleaned off without showing evidence of previous existence. I put a leupold VX-6 3-18x44 on it.

Next day at the range, I shot 5 different brands of ammo and all would put 5 shot groups in under 1” with the best the best being 50 gr V-Max grouping at 7/10”.

Here’s a pic from a double. First was killed at 71 yards, next was stepped off at 290. I love this rifle.

I use a Howa mini action .223 it works great on foxes/coyotes.
E

There is a line of Rem 700 heavy barrels with the Bell and Carlson stock. Replace the trigger to an aftermarket. I reload, but have found factory 50-55 gr group well. Rifles shoots flat.
You must log in or register to reply here.

A
Jumping into a semi-custom rifle build