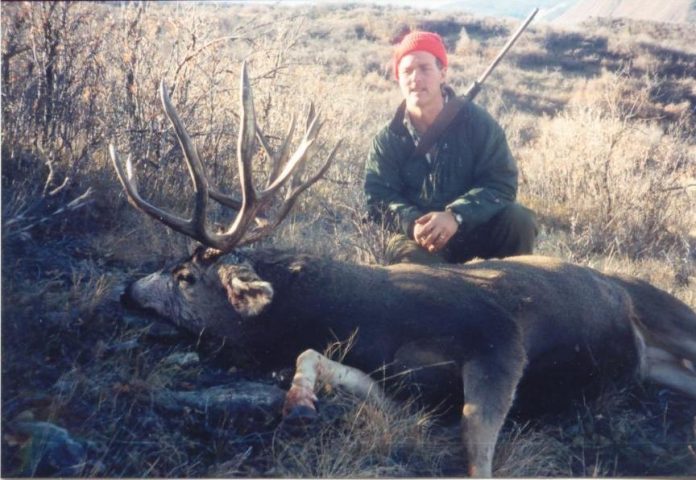 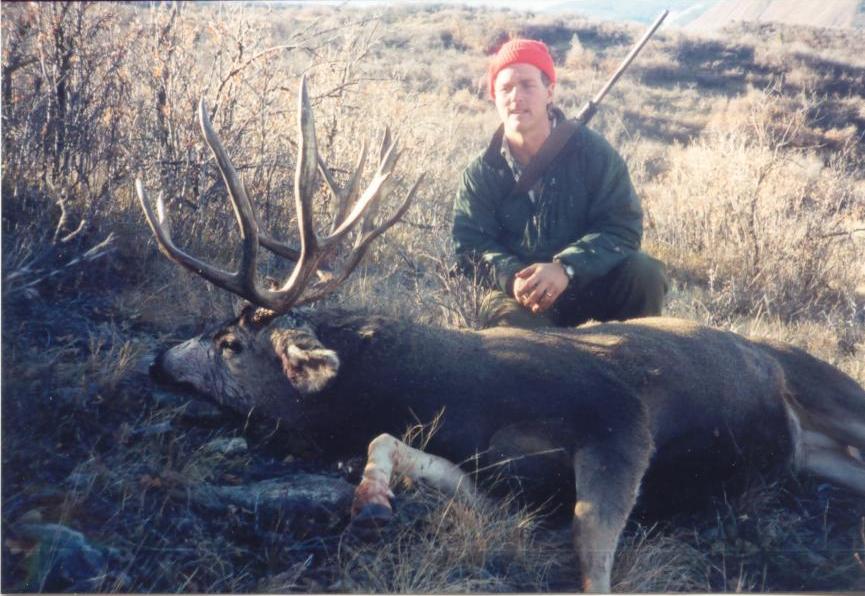 Oh-bey- to comply with or follow the commands, restrictions, wishes, or instructions of

Years ago, I only paid attention to the wind on a stalk.  That is like an elk hunter who only considers the wind after a bull answers. Both strategies are flawed. I’ve learned that I must obey the wind long before I even see a deer.  By obeying, I mean I let the wind decide how I’m going to hunt a certain area.

I’ve written about the incredible defense a mule deer buck’s giant ears offer him.  I suggest that his nose is just as a formidable opponent.  Many a great buck has escaped me due to his nose.  These include last year’s 18-yard opportunity at the 200″+ buck I call Jalepeno on Live Hunt (see video Day 10) and the 2012 Colorado buck I chased on this Live Hunt (see post #202 specifically.)  I figure for every buck I know that winded me, five escape without me ever knowing they existed.

Some biologists estimate that a mule deer’s sense of smell is up to 1,000 times stronger than a human’s. Research suggests that a mule deer can detect human odor at up to a half mile away — I believe…

One evening a few years back, hunting in Idaho’s high country, I spotted a 180-class buck feeding on a bench below an avalanche chute.  I quickly moved within 450 yards and set up.  As I looked him over deciding if I was going to punch my tag, I felt the breeze shift.  Within seconds, he slowly lifted his head, and put his nose to the wind.   Without second thought he disappeared into the timber, forever.

Deer constantly monitor the wind.  They lick their noses to keep them moist, which helps odor particles stick, further improving their sense of smell. I believe a big buck — say five years or older — will only move with the wind at his tail if he’s certain no danger lies ahead.  More often I see them moving into the wind, doubling their ability to sense danger before it’s too late.   A big buck will bed in a place where the prevailing wind is finicky and changes directions frequently. It’s a survival instinct that bucks continue to hone over the years.

High country is most challenging due to the fact that deer there rarely smell humans.  One whiff of a man and they are gone, often for the season. That is the problem with just a few guys hunting sloppy in high country. They can completely ruin an entire drainage by not obeying the wind and moving wrong.  Smaller, less experienced bucks will stick around, giving the illusion that the big ones are there, but they aren’t. The scent of a hunter drifting down the basin in the pre-dawn darkness sent those big deer into the timber long before first light.

In lower, thicker country, I’ve seen good bucks live within 600 yards of a road for the entire hunting season.  These bucks are accustomed to human scent. They don’t freak out and change drainages like a high-country buck.  A big buck doesn’t need to see you — his nose and the heavy cover provides all he needs for escapement.  An experienced buck in cover simply moves slowly away from the scent of a hunter, or holds tight until the hunter passes.  Unless you see his tracks, you’ll never have known he was close.

If I’ve scouted and know there is a good buck around, I never let my scent blow into the area until I know where he’s hiding.  I glass and still-hunt with the wind in my face until I’ve got him pegged.  If I don’t know where a buck is spending his time, I try to guess before getting within a half-mile of the area so I don’t pollute the area with my scent. Either scenario, I might not move more than a few hundred yards in a morning if I think there are bucks around.  The average hunters I meet cover that much ground in five minutes and is why they rarely kill bucks more than two or three years old.

While scent eliminating products seem to work well for stationary whitetail hunters, I don’t bother in mule deer country I’m hunting on foot.  I’m too sweaty and simply don’t have the time or patience or money to have a fresh set of unscented hunting clothes ready for each day.  Most importantly I’ve learned (and am still learning) that all I need to do is obey the wind! 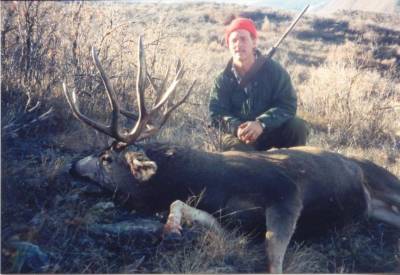 This six-year old (lab aged) Colorado buck weighed nearly 400 pounds on the hoof.  I took him in a small oakbrush-choked basin where I’ve seen many a good buck.  There is no way to hunt the basin until you are within about 300 yards, so I always approach it with the wind in my face.  After sneaking in there before sun-up one morning, I took a stand and watched the heavy cover.  Not an hour later, this buck appeared for a few seconds in the oakbrush jungle below.  Had I not paid attention to the wind, I would have never seen him.

Make sure you subscribe to the Rok Blog, upper right under Fitness/Other at “Subscribe to blog” so you don’t miss my next blog post in the KBMD series: Still-Hunting.  It’s one of my favorite techniques so I’ll pull together everything I’ve discussed in this post and the last two.