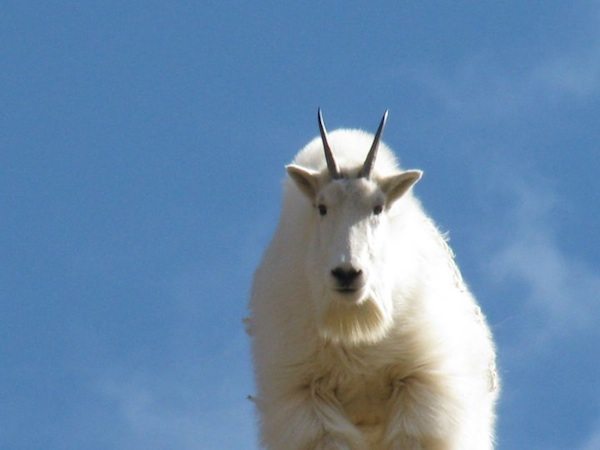 Simply put, most hunters are going to have a difficult time distinguishing the sex of a mountain goat, and if you’re looking at taking home a true trophy, trying to field judge them is every bit as difficult. You’ll be picking apart big white furry balls off of the side of a mountain and at first glance they will all look the same. When you’re determining sex and trophy potential, patience is going to be the key and the longer you watch them, the more clues they will give away.

It can take longer than you think for a goat to relieve himself, but this is the most fool proof way to distinguish the sex of a mountain goat. Males stretch their hind legs backward, slightly flexing and barely splaying their legs to the side. The males will often have a yellow stained patch of hair on their hindquarters. The patch becomes more evident around the beginning of October and can be observed clearly from a good distance away. Females squat to urinate, partially raising their tails and usually do not have any stains on their hindquarters. 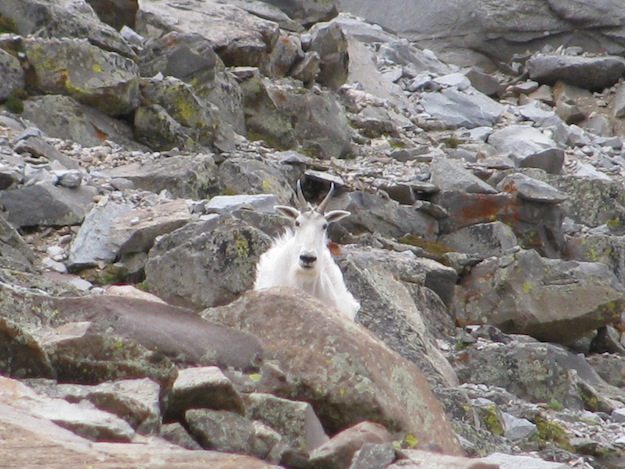 The base of the antlers compared to the base of the eyes is a dead giveaway. The base of all male horns will be greater than the width of the eye, while even the largest female will be slightly smaller than the eye. Another great method is determining the curvature of the horn. Females will have a very sharp curve at the end of the horn (2/3 up the length of horn) and be extremely narrow throughout, while males will have a much more gradual curve with thickness carrying out for the entire length. Brooming of the horn is also a good characteristic of a male but not foolproof. It does, however, show that you’re looking at a goat that is over the age of 4. 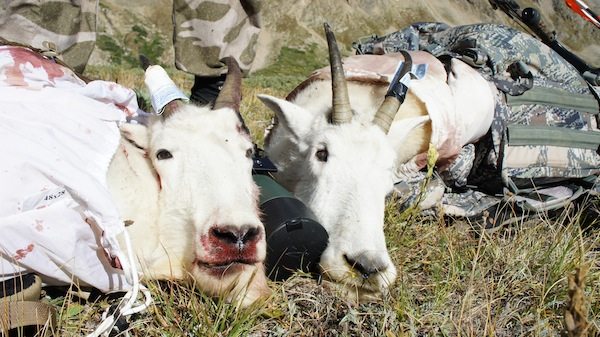 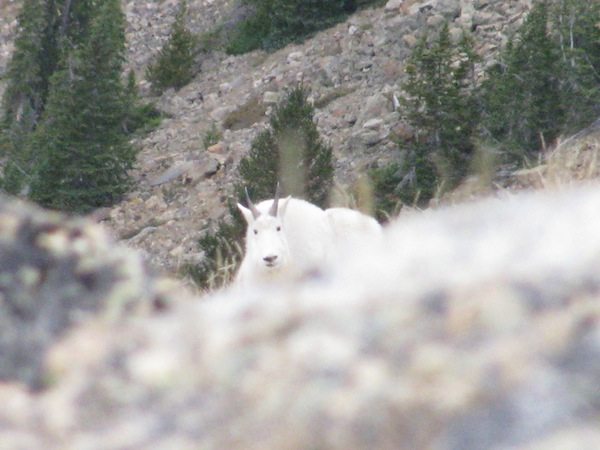 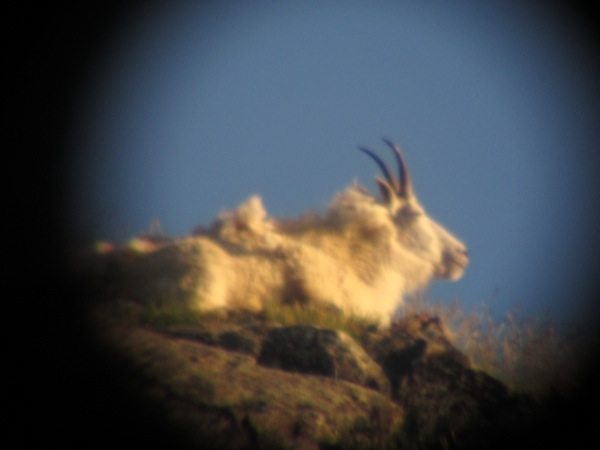 The majority of the time you find mountain goats in a group it will generally consist of adult females and kids. Billies will generally break off from a group after 2-3 years of age. If you find a lone goat sleeping on the edge of a cliff, you can put good money down that it’s a mature billy. This goes for any goat running solo and if you see a goat hanging 200-300 yards from a large group, chances are this is a billy as well. 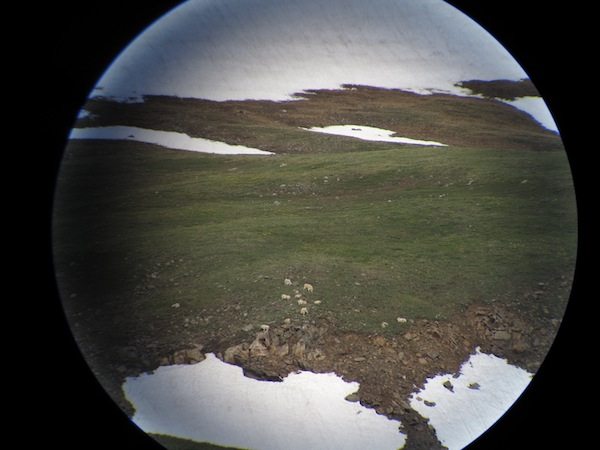 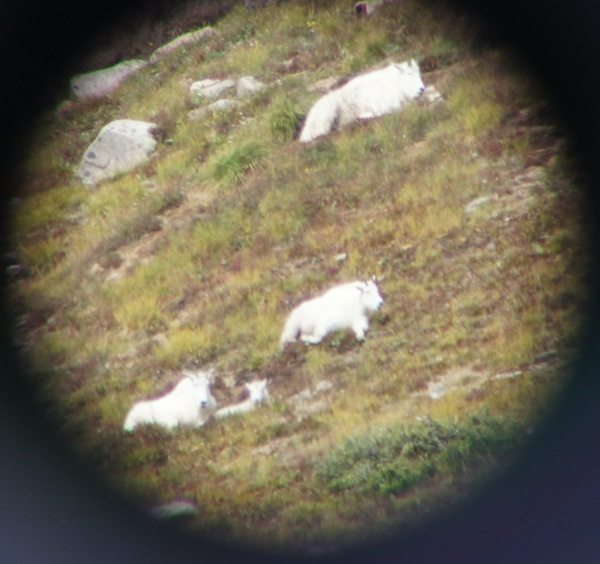 For the most part, the largest nanny you will find on the mountain will be no bigger than a two year old billie. There will always be exceptions to this rule, but if you have a group of goats in front of you, this is a good way to narrow down the search and start looking at the horns from the largest goats in the herd. 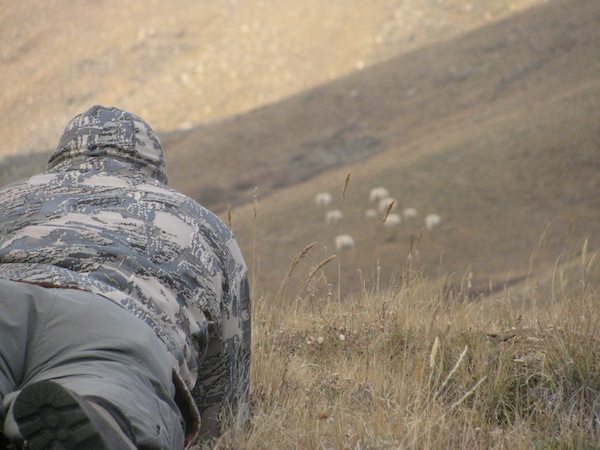 Kids have only short buttons up to one inch long during their first fall. By the time a goat reaches the yearling age class, it has attained over half its expected horn length. Most yearling goats have horns about six inches long, which at a casual glance look much like adult horns. Although goats live to be ten years old or older, the annual horn growth increments are frequently less than 1/10 inch after the fourth year. Horn lengths are approximately the same on male and female goats of the same age. 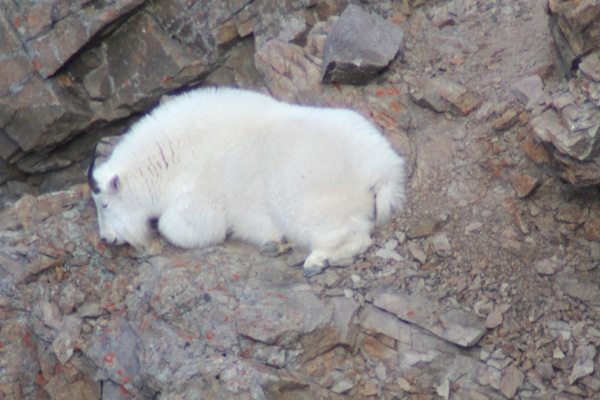 One tool a person can use to compare the length of a goat’s horn is to compare it to the length of the ear. Generally, an adult goat’s ear is about five and a half to six inches long; therefore, a horn that is 9-10″ in length, should appear to measure approximately 1 ½ ear lengths. Goat’s that are two years old and older will have horn lengths longer than their total ear length. 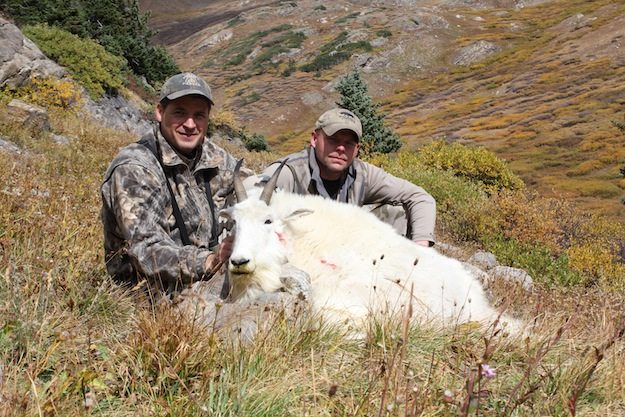 Another way is to compare the distance of the tip of the nose to the base of the horns. This dimension is usually nine inches on a mature goat and if you’ve been studying everything that’s already been discussed in this article, then you should at least have a good idea of the sex and age and are well on your way to becoming proficient at judging the trophy quality of mountain goats. 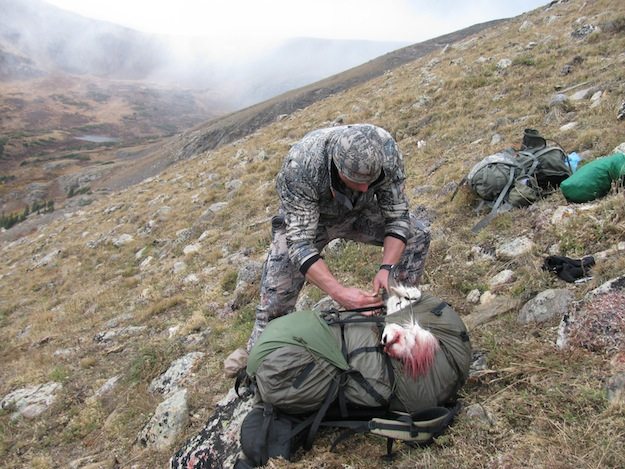 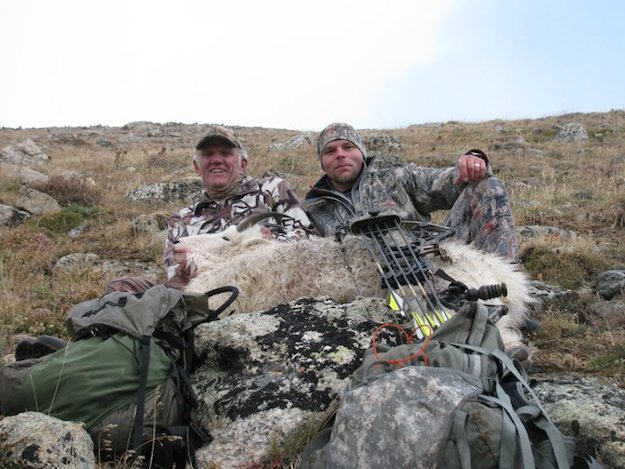