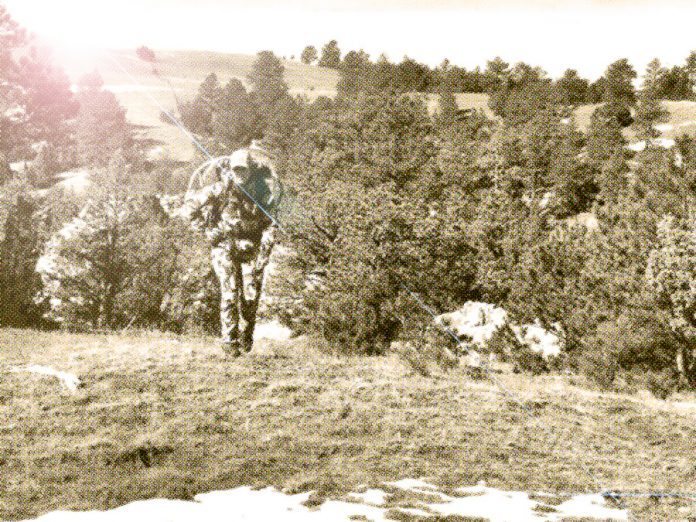 I can recall many fond memories of my father taking me along on a few of his hunting adventures as a little girl. I was always intrigued by the sport and the memories shared during those hunts that were a constant reminder. I never had much opportunity to get into hunting when I came of age, but I later took up archery which has not only become my passion, but also reintroduced me to hunting. After making a move from Colorado to Wyoming I had to wait a full year before I could apply for a resident license. After what seemed like a very long wait, I was finally a resident and was able to pursue the love I had as a little girl.

Throughout archery season we had our sights set on two bucks. One was a three point with a kicker off the right G2, and the other was also a three point with a wide, flaring rack pushing 30 inches wide. We called him “Los Tres.” He was a one of a kind buck, with impressive character! 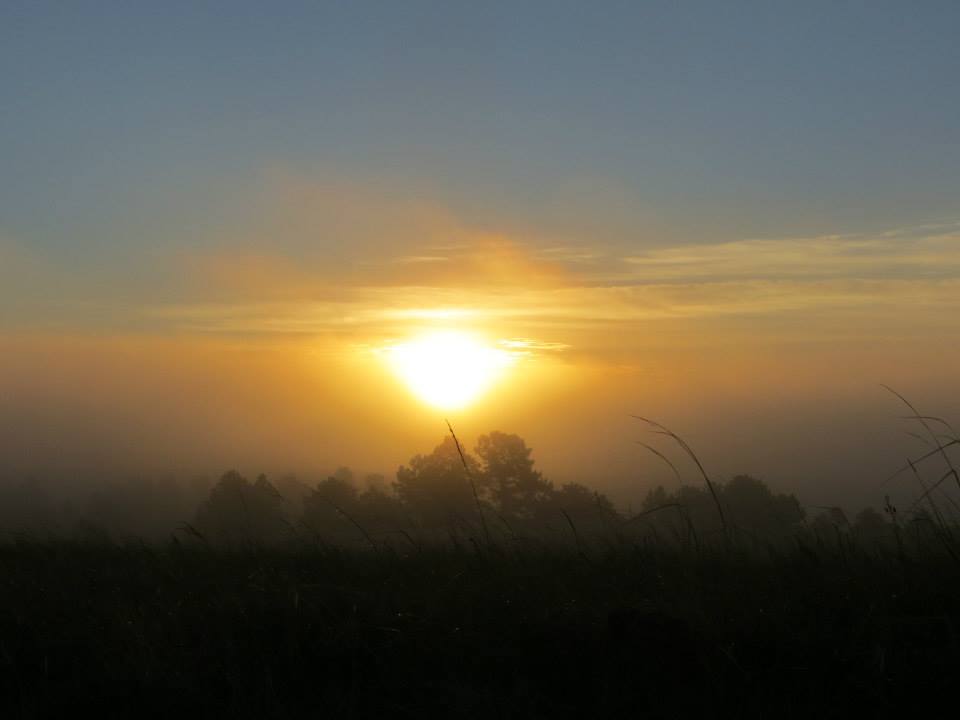 One morning during archery season we headed out before sunrise and we were able to spot a group of bucks coming off a nearby hayfield that they were feeding on. We were hiding out in an adjacent Hereford pasture, patiently waiting for them to cross over so we could make our move. I could see “Los Tres” and the other three point from my glassing spot and I felt confident they were going to cross in their usual spot. They hopped the fence quicker than expected so I quickly snuck over to the edge of a blowout where I was hoping to intercept the bucks. I made it to my ambush spot and was ready for them. Justin, my boyfriend ranged the bottom of the draw at 30 yards. Just then, the three point with the kicker appeared but he was already across the draw!  I calmly drew back and shot for 35 yards. The arrow slipped right underneath him and he was gone in an instant… I couldn’t believe it! After “replaying” the action, we realized the buck was probably closer to 45 yards away.

My hopes were momentarily dashed, but we kept hunting throughout the season. I had several other encounters with some nice deer during the archery season where I got close – but just could never seem to seal the deal.

The rifle season started off very rough here in Wyoming. A winter storm came in and made hunting impossible for the first week. It buried us with over 18 inches of snowfall and unbelievable snow drifts that made travel impossible. I was forced to patiently wait until the next weekend. It was kind of a blessing in disguise because warm weather followed later that week and I knew the deer would be out and about, actively feeding after weathering the storm. I had a feeling I would get another chance at harvesting one of those two awesome bucks. 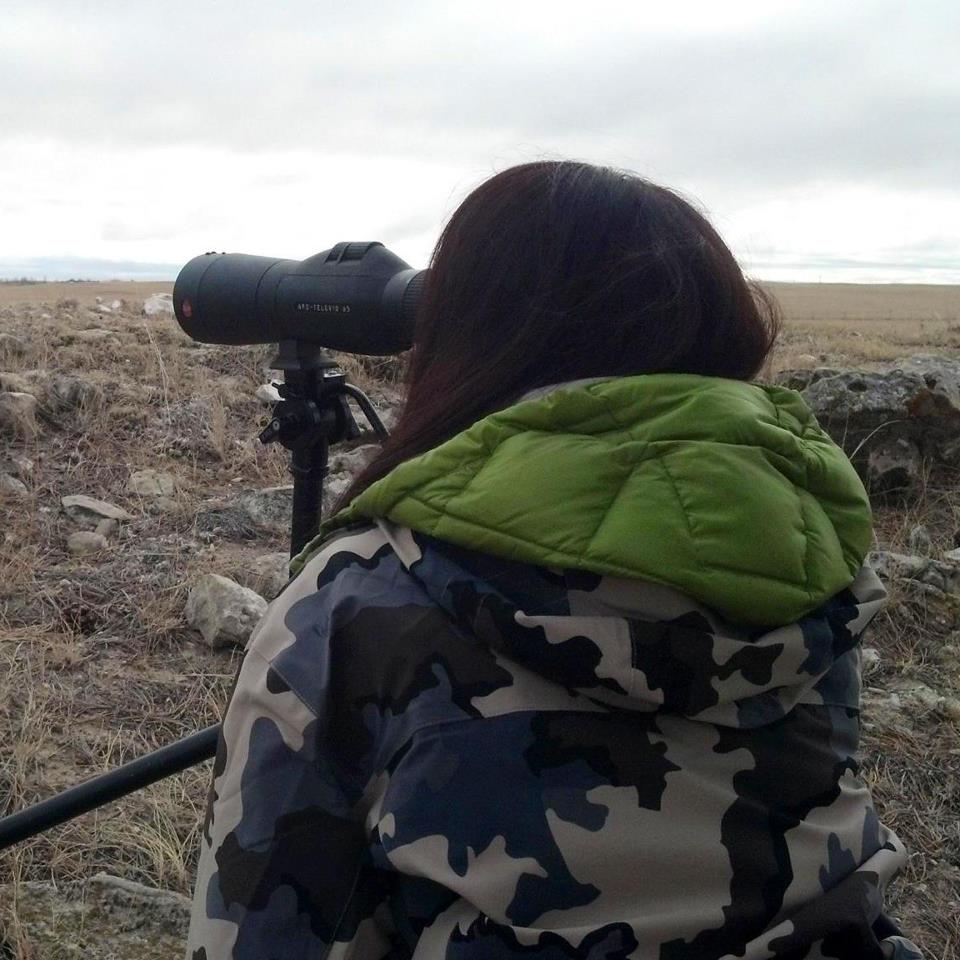 That next Saturday morning we located a group of bucks and does feeding on the skyline early in the hunt. There were about 20 head of deer and I felt like a kid in the candy store when we spotted Los Tres! We were able to use the cover offered by small draws to our advantage while sneaking in on the bucks. We took our best guess at where we needed to be in order to get a shot, but when we crested the ridge we were still around 300 yards away from Los Tres, who to our surprise, was still in velvet on October 12th.  We decided to back out and sneak in up the draw farther to close the distance. 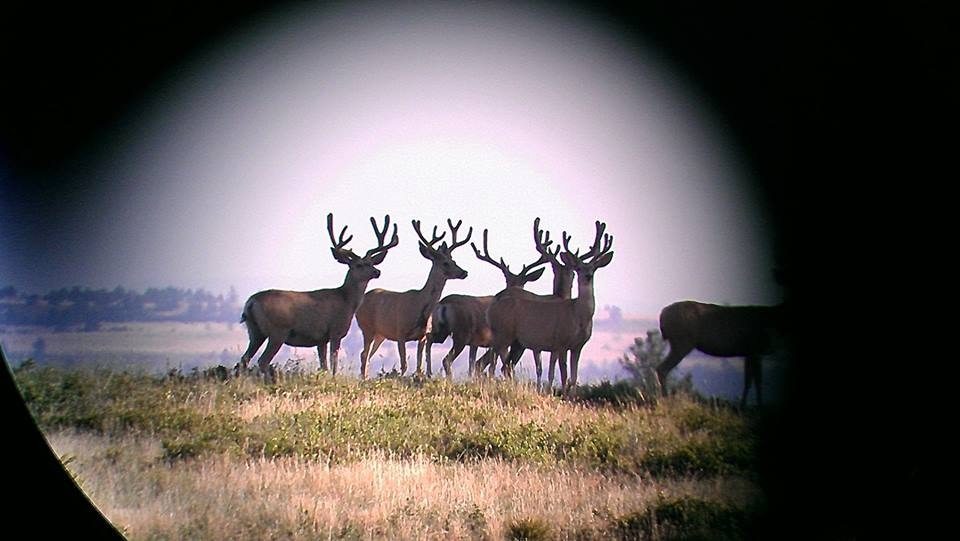 The move panned out and we were able to get ahead of the herd and locate a doe feeding just 150 yards away. I started to crawl out to get into shooting position when suddenly, a buck we call “Swiggles” appeared just 35 yards to my right.  I tried to rotate 90 degrees so I could get on him, but he busted out and took the rest of the deer with him.  I was flustered after spooking the deer, but the entire herd stopped when they crested the next ridge.  I quickly found my buck and took the shot.  I wasn’t sure what had just happened – it was a total blur!  I turned to Justin, and he told me that I had hit Los Tres hard! 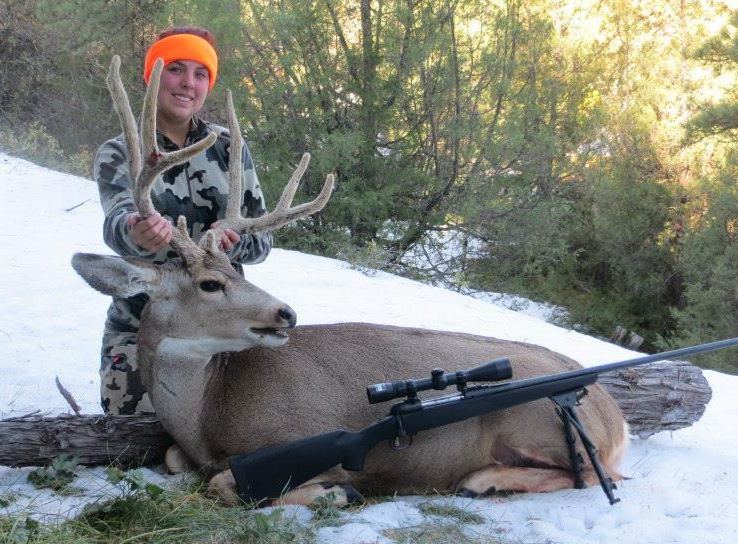 It was a season of many highs and lows, with many missed opportunities and lessons learned.  None of those hardships seemed to matter anymore because I had my first big game animal down!  It was such a blessing to score on such a great buck and especially since it was Los Tres, the one we’d been after all season.  With those memories now permanently etched, I’m already looking forward to the challenge of the upcoming season! 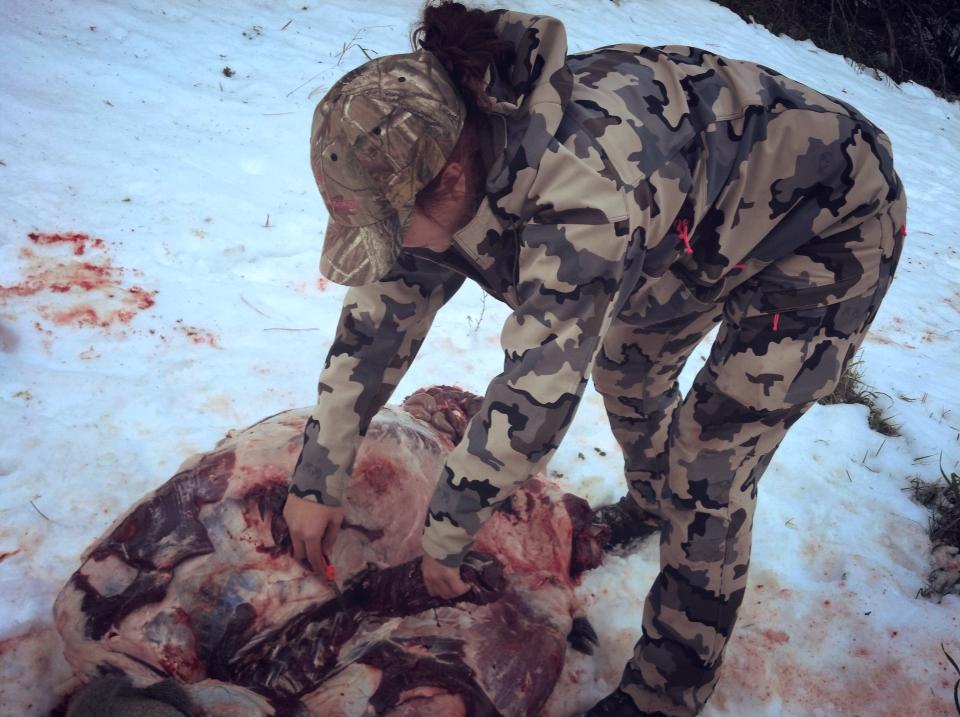