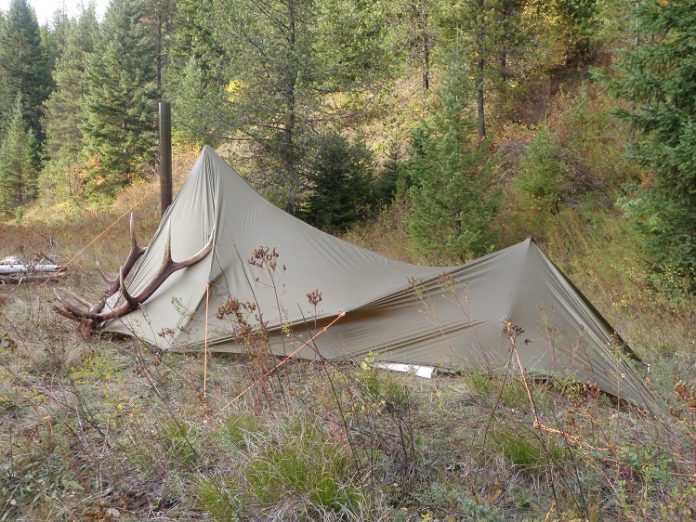 With my Idaho archery bull in the freezer, I was looking forward to filling tag number 2, my Idaho rifle tag.  The season opened October 10th and a few days before, I loaded up my gear and headed out for four days to find one of the bulls I had seen in September.  I arrived early enough to find a dandy elk shed and some fresh wolf tracks made that day in the soft mud. That night around 1:00 am, I awoke to wolf howls about 1/2 a mile from camp. That was not the sound I was looking for on opening day!  Hunting in this area for decades told me the bugling could be very good come the first few days of rifle season, but with wolves in the area the elk will tend to not bugle much.  I did not sleep much and 4:00 am came quick. A little breakfast, a shot of coffee, my daily dose of Naproxen, a gear check, and I was off walking under the beam of my head lamp.

Opening day of rifle season always brings anxiety, but I felt good with the plan I had, regardless of the wolves (besides, I had a wolf tag in my pocket).  As day break cracked, a bull bugled high in the drainage and then a second answered. I slowly moved up the drainage, not wanting to bump something before full daylight.  The bulls bugled a few more times and then I heard some cow mews across the drainage from me.  My plan was to move toward the action, glassing across into the dark timber that had just a few small openings.  A few hours later, I heard elk moving across from me, but could see a hunter in orange. I could tell that he had spooked the elk.  They blew down the hillside, hit the creek bottom, and started up my side. The woods of North Idaho are very dense.  Even though I knew the direction they were headed and that they eventually got to within 30 yards, I never did see them. The rest of the day was uneventful and back to camp I went. 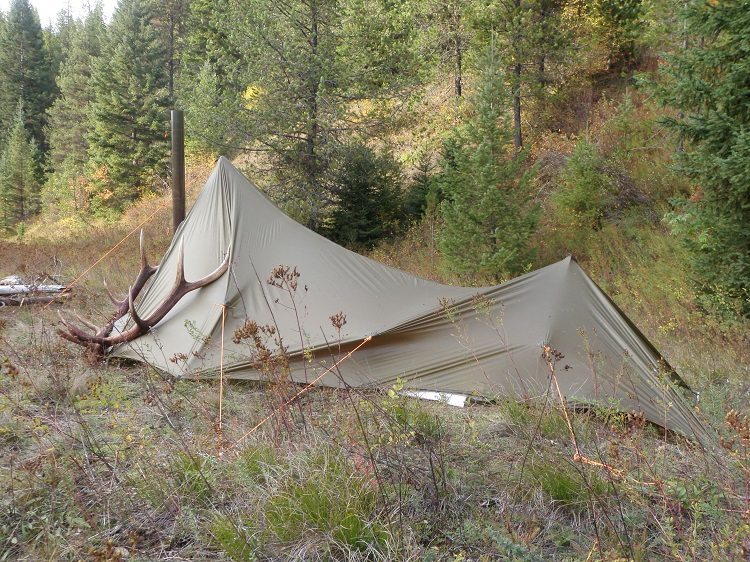 For anyone that has hunted Northern Idaho, rain is typically the weather to be expected this time of year. This year was no different. The second day was socked in with thick fog, limited visibility and very wet underbrush. Glassing was going to be limited at times, so a different plan was devised for day two. There were no wolves howling the second night and on day two I would go up the other side of the drainage and listen for a bugling bull for the first hour.  I could then start still hunting in the dense fog and dripping forest. 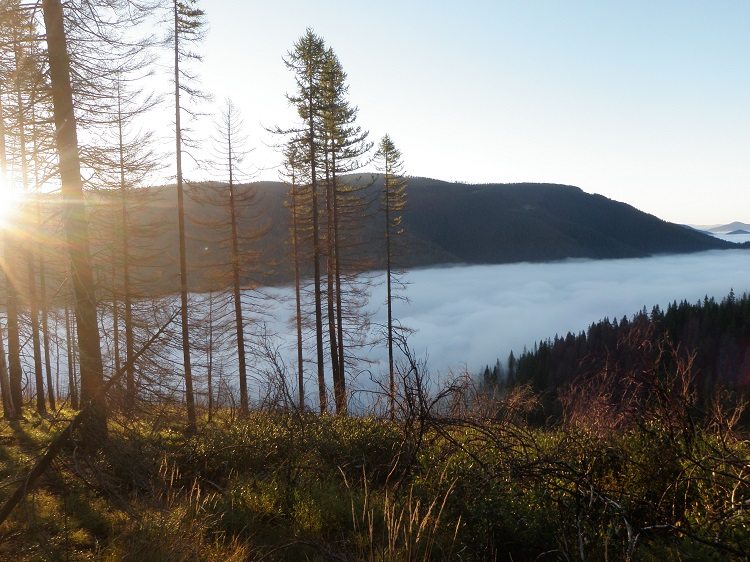 I followed that plan and an hour or two in, I cut some running elk tracks headed down into another drainage. I slowly worked my way along their tracks, glassing and listening in the fog. I followed them to the creek bottom and then up the ridge, all the while listening for bugles or elk sounds. About 20 minutes into this climb, a bull bugled just around the hill from me. I gave a few mews and he immediately responded.  I checked the wind and it was in my favor.  I quickly and silently moved his direction.  I stopped and could hear him raking a tree about 100 yards ahead.  He was on a hillside with dense brush and a few elk trails, so with the wind in my favor and the quite footing below, I aggressively moved in another 75 yards and stopped.  I could still hear him raking, but could not see more than 20 yards in any direction and much of it was 10 yards.  I quietly climbed up on some downed trees that offered a slightly better angle.  I saw a cow move downhill about 20 yards out.    Within seconds, I saw antler tips above the brush coming my way at 15 yards.

Instinct took over.  I pulled the rifle to my shoulder and clicked the safety off just as my mind said “big enough.” The 154 grain SST was on its way.  I followed with a second shot as my motto is “if they are standing, keep shooting!” Within minutes, I was punching my second tag of the season on another great bull.  I took my time with the bull, savoring the moment.  That evening, I got cell service and called my brother.  We spent the next day packing him out as I relived another hunt that I won’t soon forget. 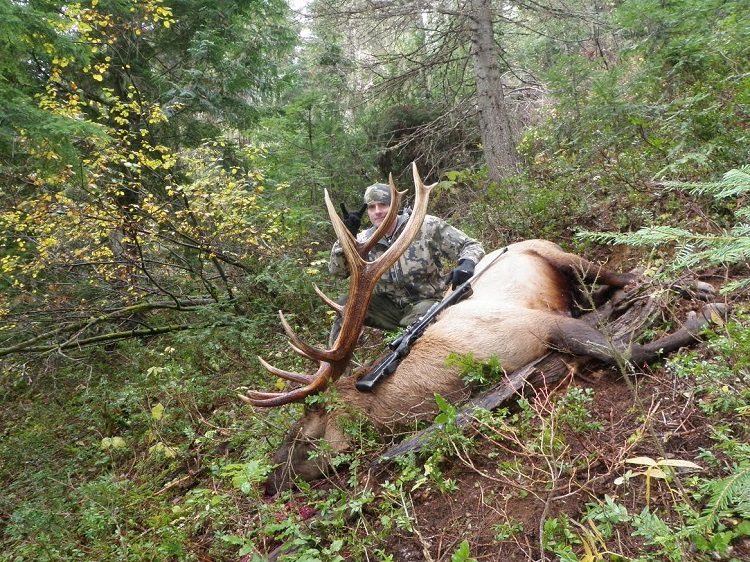