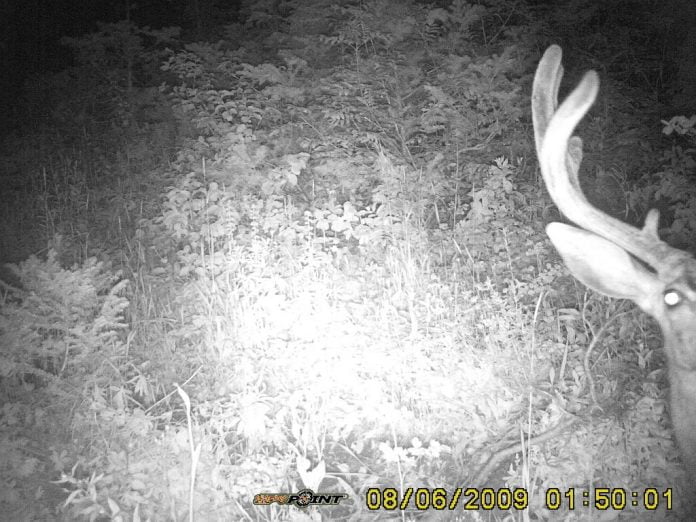 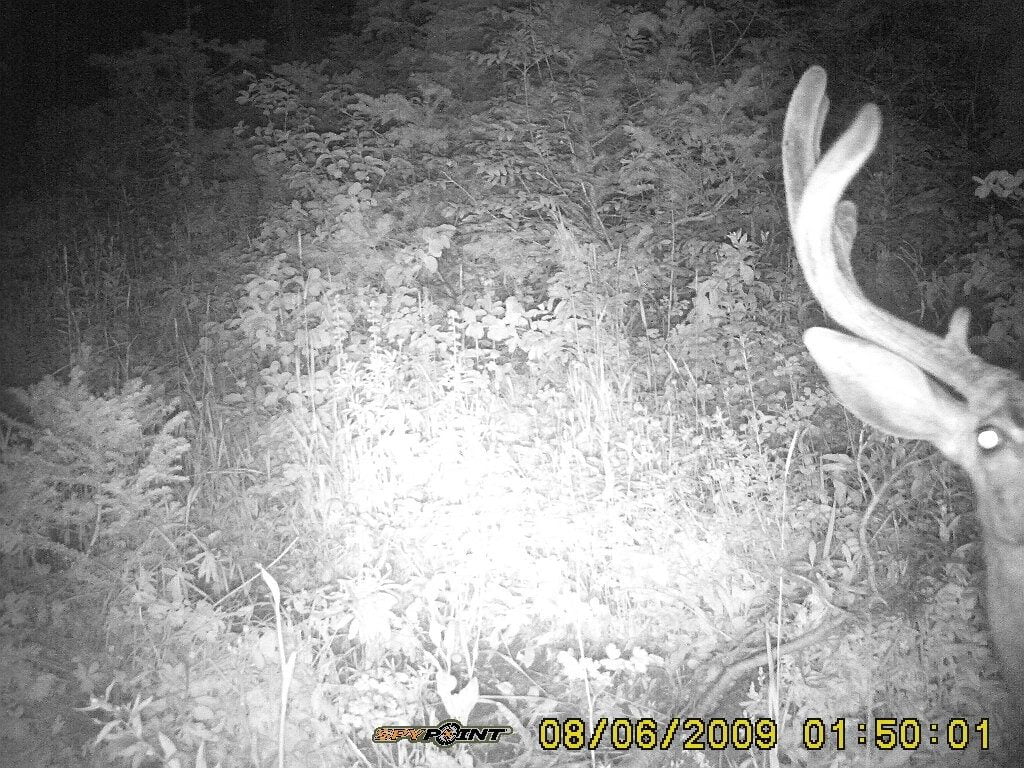 Trail cameras became widely used in the West in the mid-2000’s.  Watching the forums, TV shows, and magazines, I’d say they’ve only picked up steam since then.  Seems everyone is a voyeur these days.  Since 2008, I’ve used trail cameras extensively from the desert to the foothills to the high-country of the West.  While I’m far from an expert compared to some hunters, I’ve learned a lot about them in that time and how they apply to hunting big mule deer.

There are a few questions that pop up when it comes to the use of trail cameras for mule deer that I’ll do my best to answer in this post:

1) Are trail cameras necessary for the big mule deer hunter?

Yes, no, often, and not always are the answers.

Yes- if you’re hunting an area with limited water–say one or less water source per square mile–trail cameras can be a real asset (but they’re also a liability.)  They can be an asset because in arid country with limited water, the cameras will eventually pick up most watering bucks so you can plan or cancel your hunt in that area depending on what you find. 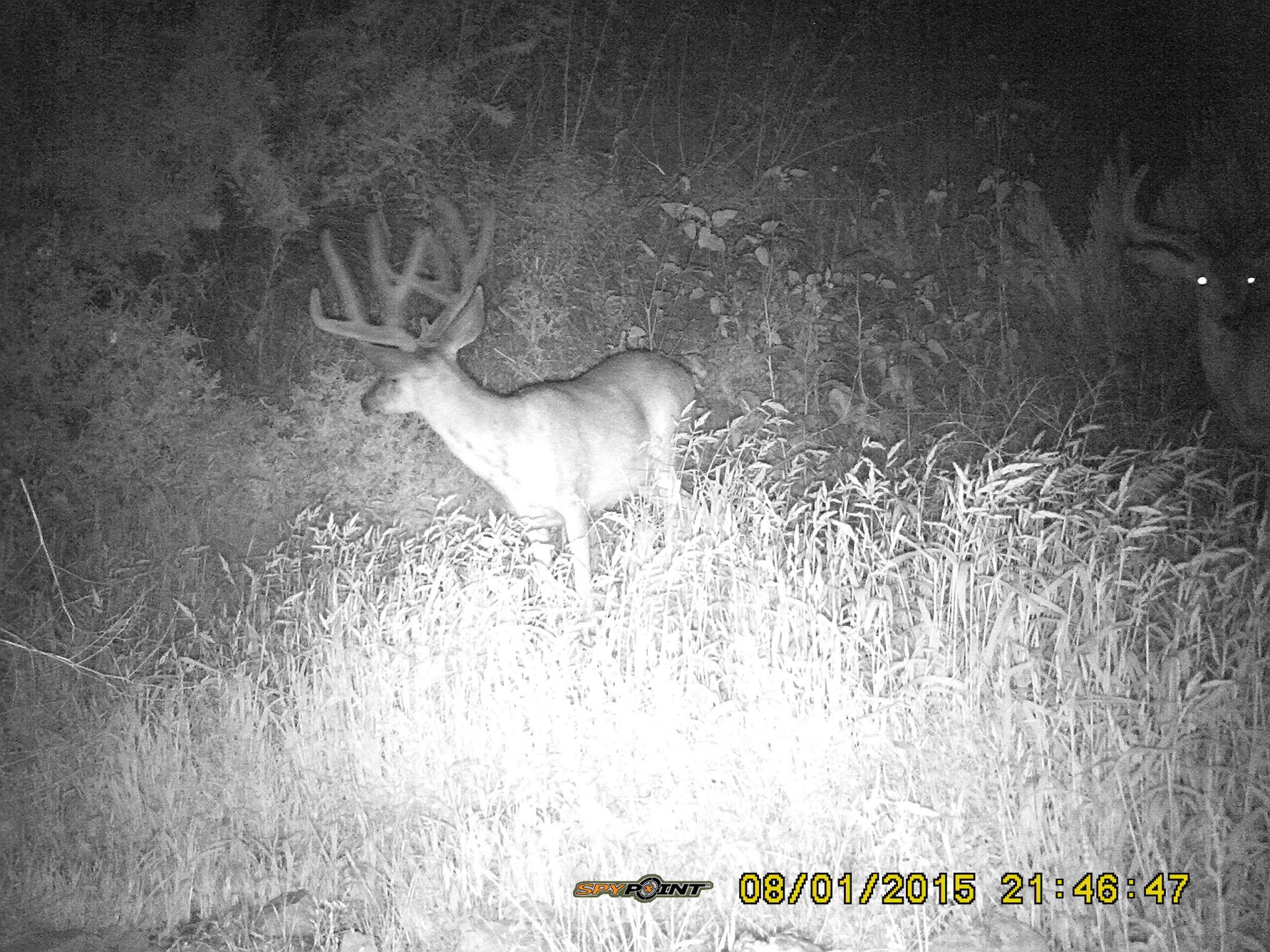 Bucks coming to water.  Most of the time I find the big bucks water at night, even when there is zero hunting pressure

They become a liability in the sense that low-life thieves posing as hunters can and will steal them.  I lock mine up to at least keep the honest guys honest, including the panel access so the bums can’t view then erase my photos.  Cameras can be chained to trees, fenceposts (with a 6″ lagbolt) and big rocks, but even then, they can be stolen.  Another option is to not set the camera directly on the water source, but on trails leading in, making them harder to detect.

No- if you’re scouting fairly open country that can be glassed from vantage points, a hunter can spend a few mornings and evenings glassing the area and likely see the same animals that the trail cameras will pick up. 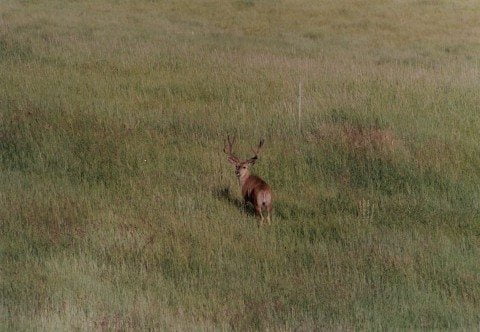 A good buck I photographed as I approached a water source in open country.  Amazingly this buck never showed up on the multiple trail cameras I had set


Often- If it’s brushy country and it’s located close enough to home to allow you two visits before season, a trail camera often makes the most sense.  Find the water or the game trails and set at least a few cameras.  I’ve placed as many as four cameras per square mile in this type of country and could probably double that density if I had that many cameras.  Deer in this type of country usually have multiple water sources and trails so are harder to photograph.  The upside is some great bucks typically live in this zone and they’ll be less competition from other camera scouters. 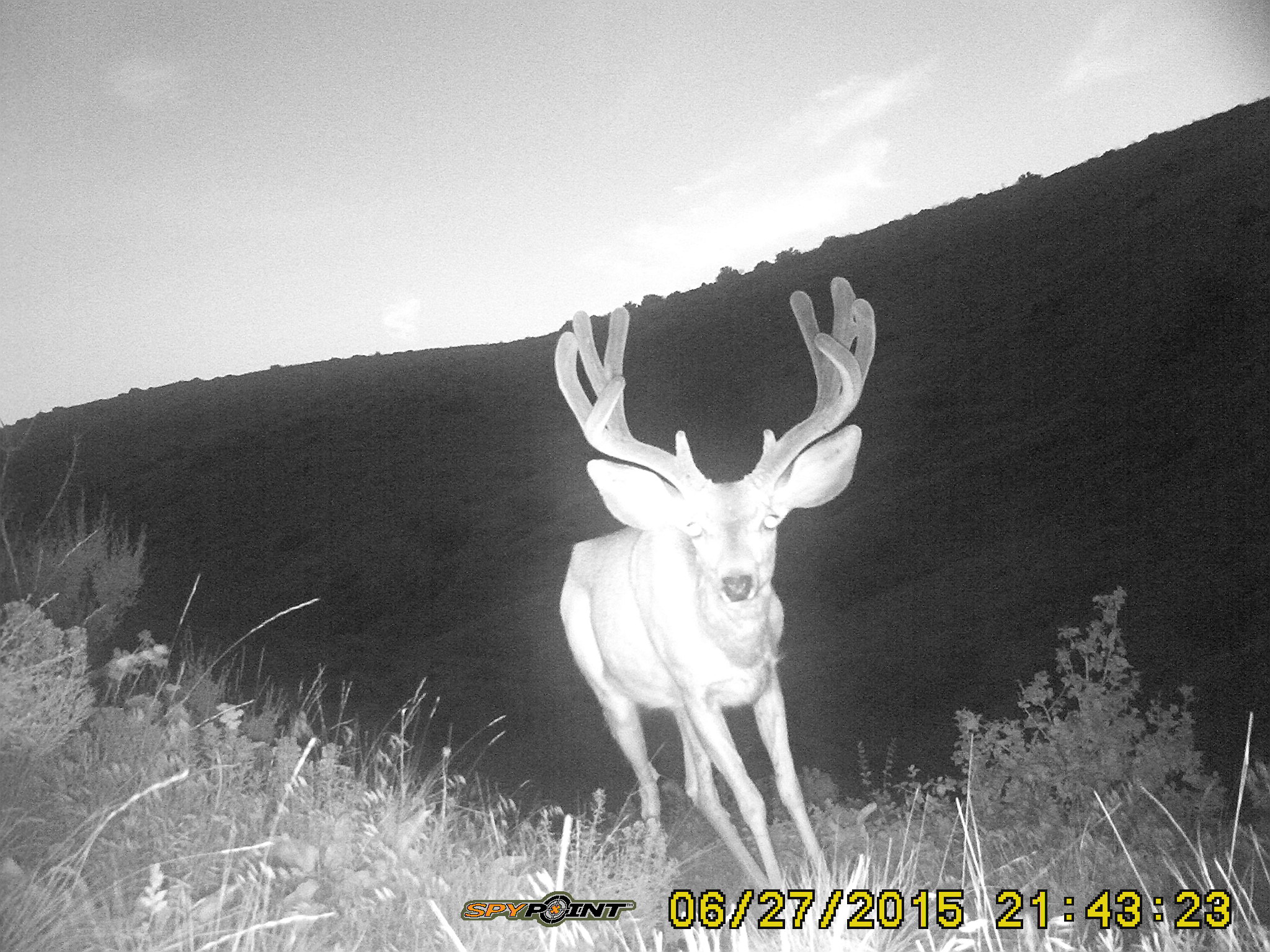 Not always- If it’s high country and a long ways from the truck, you might not want to hassle with cameras.  Most high country has more water than people realize (in the form of seeps and very small springs) so bucks are less predictable on water.  In these areas, I key in on trails and saddles with deer tracks.  I’ve set cameras as far back as seven miles into the high country.  I did catch bucks and bulls on them, but because of the distance, was only able to check them once in the summer which wasn’t enough to plan my hunt.  If you’re going to all that trouble, make sure you double your chances by being in the area at first and last light so you can also thoroughly glass and scout the country.  Putting all that effort just to be there outside of prime hours will reduce your efficiency.

2) When is the best time to use trail cameras?

Yesterday would have been good but being that you just found this blog post, you should start today.  Trail cameras take lots of time to prepare- you need ample practice in controlled conditions to make sure you understand settings, battery performance, and other little camera quirks that you don’t want to discover in the field when time’s of the essence.

I recommend setting up your cameras (all of them) in your yard or a secure place for up to a week.  The first year I had mine, my wife was scared to go outside because she knew I was watching (hee hee) and I discovered just how many stray cats were peeing on our lawn furniture. But by the the end of that week, I understood much more about my cameras than the instructions and forums could ever teach me.

As far as timing, I think you can use cameras anytime the bucks are where you expect them to be come hunting season.  In the really dry country, I start in late June when the water sources become more scarce and keep them out until just before the hunt starts.  Sometimes I have to move them as the water dries up.  In high country when bucks don’t typically settle in until late July, I wait until then to place cameras. If I’ve I’ve settled on hunting a certain buck, I’ll leave the cameras out during the season like I did here:

I don’t use them in the winter, but some guys do and I’m not saying you shouldn’t.  Winter use can show you the quality potential of the unit, but unless you have a winter range tag, you won’t be hunting those bucks so I save my time and money for when trail cameras are most productive: right now and up into the hunt.


A good glasser in fairly open country can find most of the bucks.  Your option is to only hunt units that have seasons open before October 15th (before migrations typically begin,) plan to be in the area at least two days early, and don’t make the critical mistake of spooking bucks that close to the season.  Pull that last move and you just wasted all you efforts.

You can still place cameras out during the season.  Just remember that there more people in the woods then and the bucks are less predictable.  Make sure you’re not wasting productive prime hunting time checking cameras unless it puts you in areas with a high potential for a buck encounter.  Most big bucks will water at night, especially once the season is open, so don’t expect them to be on the cameras during shooting light.

Here’s a video of a big buck I caught for a quick second chasing does during daylight hours- look left fast!

I’ve only used one brand of cameras- SPYPOINT– so I’m certainly not the writer to offer advice on choices. I can however say that I’ve used the same four SPYPOINT IR-C cameras since 2008 with only one failure which was repaired in a timely manner for $50 by the factory.  Several of these cameras have literally spent years in the woods, so I know they must be pretty good.

For a more thorough discussion of choices in trail cameras, check out this thread on the Rokslide forums “Trail Cams…need a recommendation.”

Coming up this month on the Rokblog, I’ll be introducing the mighty Swarovski SLC 15×56 tripod-mounted binoculars and show you how to build a muzzleloader that will get you to 200 yards open-sighted and 300 with a scope.  Just subscribe by your preferred method at top of post so you don’t miss the fun.

Mule Deer Populations on the Decline?