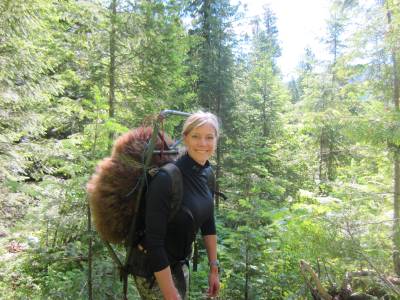 Hard to meet a guy who doesn’t wish his wife would hunt more, or at least understand why hunting makes him tick.  Since Rokslide’s inception, we’ve tried to make it a “lady-friendly” place.  I’m glad we did because in that time I’ve met some great hunters who just might wear heels to dinner.

I’d like to introduce Amy Hanneman.  She has been on the Rokslide Pro-staff since day one.  I recently interviewed her at the Western Hunting Expo.  Please invite your better half on the Rok Blog to meet and support Amy.  As usual, I’ve paired this interview with a great gear giveaway, so she could win, too!

Robby: How did you get into big game hunting?

Amy: I never had any experience with hunting until Robert took me deer hunting the first fall after we got married.  I shot a buck and a doe that year and I loved it!  Now here I am, eleven years later, applying in 17 different states for tags. I’ve killed big game animals with a bow, rifle, and muzzleloader, taking antelope, mule deer, whitetail, bear, mountain lion, and elk. I’m hooked!

Who influenced you as a child that led you to accept a hunting lifestyle?

We didn’t have a lot of money growing up and there were five kids in the family.  Mom stayed home with us but found ways to save money and to make meals go a long way.  We raised chickens and pigs for eating and even a sheep once.  We were raised to be resourceful and had a large garden, too. I think that butchering our own meat helped me accept hunting as just another means of putting meat in the freezer.  It is such a natural and healthy thing to harvest an animal and then be able to eat it.

Dad deer hunted when he could draw a tag.  I grew up fishing and I absolutely loved it and still do. My dad would also take my brothers and I shooting at the dump with a .22.  I really enjoyed that.

Robby: Tell us about your husband, Robert Hanneman, and how he’s influenced you in hunting.

Amy: I literally have the greatest husband in the world.  Robert is so patient and understanding and he is the one who taught me as a beginner how to hunt and how to survive in the outdoors.  He lives and breathes hunting.  He has studied tag draw statistics and researched hunting for so many years that he is like a guru in the tag draw application world.  Because of this, Robert has been offered many jobs in the hunting community and now works as the head of research for the Huntin’ Fool.

When he took me hunting for my first time he drilled me on the stuff I’d learned in Hunter’s Safety.  He made sure we had gone to the shooting range multiple times so I was comfortable with the gun.  When we stalked animals he explained everything like the wind and strategy for getting within shooting range.  He actively taught me— I didn’t just have to follow him around like a dummy.  I was an active participant and I learned a lot.  That is how every trip since then has been.  I always learn something in the field with him.  His passion is contagious and I have been a direct beneficiary. 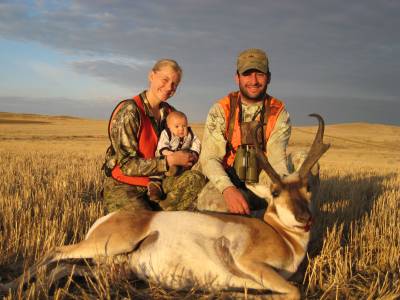 Robby: You’re a mom, talk about your children and how you include them in hunting.

Amy: I am mother to three wonderful and amazing boys. When we started having kids, Robert and I swore we would mold them to fit our lifestyle so that we wouldn’t have to give up our hobbies just to raise a family. They’ve been in the field with us since they were infants.

We have baited for bears in Idaho and that has always been a family affair.  The boys love to learn about different animals and see them in their habitat. We want them to feel comfortable in nature and to have a respect for all of God’s creation including animals.  A hunting or trapping excursion for us isn’t so much about harvesting something as it is about teaching our kids the basics of life.

Do I think all of my boys will grow up to be hunters?  I don’t know and I don’t care if they don’t. I want each of them to pursue their own hobbies when that time comes.  If it’s something other than hunting, I’m good with it. I want them to live their lives authentically. 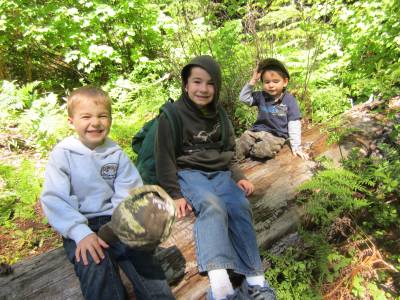 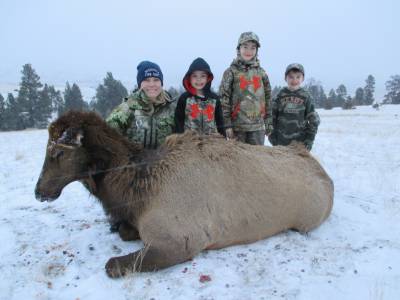 Robby: Besides being a busy mom, do you have a career outside the home?

Amy: I have been an Registered Nurse for 12 years working in Cardiac and Critical Care.  I have worked as Clinical Research Nurse, Medical/Oncology Nurse, and most recently handling infusions for Crohn’s and ulcerative colitis patients.

Robby: Why do you hunt?

I think the answer to this is pretty simple.  I hunt because I love to be in the outdoors and there is huge satisfaction when I can observe animals in nature, stalk in to shooting range unnoticed, harvest it, and pack it out.  The more difficult the hunt is, the greater the sense of accomplishment.  I certainly would not consider myself a trophy hunter, but I won’t deny that I love harvesting a trophy animal.  Some of my most memorable hunts though have been on the smallest deer I have shot.

How is hunting different for a woman than a man?

I think that there are many differences between men and women hunters and even different individuals.  It is such a broad topic that I really can’t do justice to this question in just a few words.  I’ll address this topic in a future article, so stay tuned.

Robby: What are you hunting goals?

Amy: My main goal each year is to have meat in the freezer, but I won’t deny that I have some major dreams and aspirations when it comes to hunting.  My short-term goals are to kill a bull elk with my bow, draw a moose and goat tag in MT, hunt Coues deer in New Mexico, and Blacktail deer in Oregon, and continue to hunt deer, bear, elk and antelope in Montana.

My long-term goals are to go to Alaska and harvest a Brown bear, musk ox, moose, caribou, Sitka deer, and Dall sheep.  I’m pretty sure I will never be able to afford to have a grand slam of sheep, but I do apply every year for Desert Bighorn and Rocky Mountain Bighorn.

The most important thing to me is not to fulfill my hunting goals but to have fun and create amazing memories.  Just being in the outdoors and sharing those experiences with my husband and sons means more to me than harvesting an amazing trophy animal. 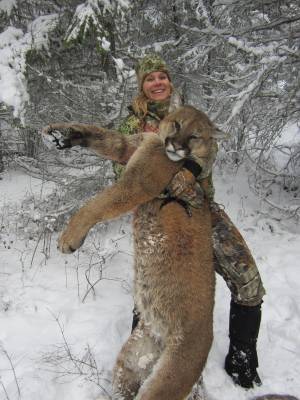 Robby: Thanks Amy!  Rok Bloggers, give her a warm welcome in the comments section below.

Amy is also on the Field Staff of PROIS, a company building high-quality hunting apparel for women.

Be prepared if your woman clicks on that link, you’ll be outfitting her!  However, Amy and I paired up to offset that cost a bit by offering another great gear giveaway on the Rok Blog.  Two of Amy’s favorite pieces of PROIS gear are the Sherpa Fleece Beanie and the Sherpa Fleece Neck Gaitor valued at $80. 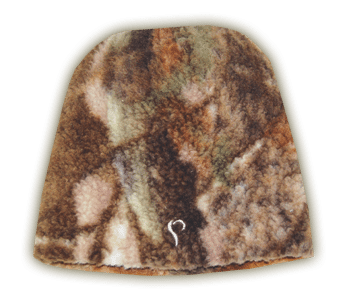 Ladies, (or men, win it for your lady) you can win the set right here on the Rok Blog by doing three simple things:

1) Become a subscriber to the Rok Blog.  See upper right of this page for the link “Subscribe to blog” under Fitness/Other

3) Post up in the comments your thoughts on women and hunting.  Use your first and last name if you want in the drawing.

Simple enough!  Now just watch your inbox as I’ll be drawing for the Sherpa Beanie & Gator on Thursday, March 6th.

Who Is First Lite?

Who Is Billy Molls?