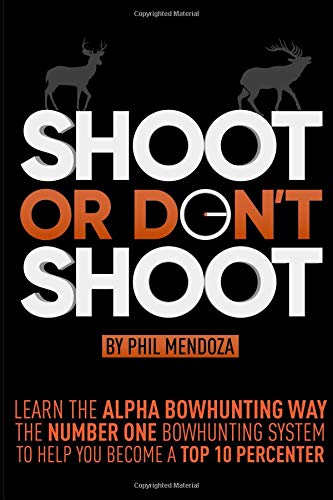 I’m no self made man and have relied heavily on mentors of sorts in my life.   Bowhunting is no different. That is why I still use a pro-shop to help tune my bow, spend time with other bowhunters, and read as much on bowhunting as possible.  So when Phil Mendoza of No Limits Archery in Denver, Colorado gave me a copy of his new book Shoot or Don’t Shoot, I made sure it didn’t end up collecting dust on a shelf.

I’ve followed Phil for several years on Rokslide’s archery forum here, where he posts tips on form, tuning, and more.  I regard Phil as one of the more knowledgeable bowhunters in today’s hunting industry.  He’s a heckuva nice guy, too.

Shoot or Don’t Shoot is more of a booklet than a book if you consider length.  It only took me a few hours over a few weeks to finish it.  However, it’s not a light read.  Packed with information and new concepts, I’ll need to read it again to fully grasp the Alpha Bowhunting System that Phil endorses. He writes well and his ideas aren’t too difficult to understand, but they’re not intuitive either.

Phil’s goal of this book is to help archers in the moment of truth when a shot presents itself by having a game plan.  In his own words,

“Not having a system or mental playbook to help you navigate through the variables of the initial approach, the final approach, and the shot possibilities can be the difference between a notched tag…and tag soup.”

“If you are easily overtaken by the emotions and excitement that an animal encounter can present, it is likely that you are allowing yourself to be disconnected from the necessary process to be successful.”

I would agree that after reading Shoot or Don’t Shoot, I walked away with a better process for deciding when to take the shot or hold back.

There are other supporting chapters that help crystallize Phil’s system for improving your abilities (and ethics) in the field.

Although I need to read it again, and use the worksheets, I feel the book has already helped me become a better archer by understanding what truly determines my effective range, accepting a smaller vital size, and when a higher risk shot might actually be acceptable.

About the only downside to the book was lack of page numbers.  This made it a little harder to go back over concepts, but due to the short length of the book, it’s still manageable.

Shoot or Don’t Shoot gets way beyond the “bro science” so persuasive in today’s media.  You’ll need to read it twice to best grasp his system, but it will make you a better bowhunter. I’d recommend Phil Mendoza’s book for any hunter looking for short blood trails and more notched tags.

You can find Shoot or Don’t Shoot on Amazon in both paperback and Kindle here.

And as of press time, Phil is offering a free copy by paying shipping on his Alpha Bowhunting Website here 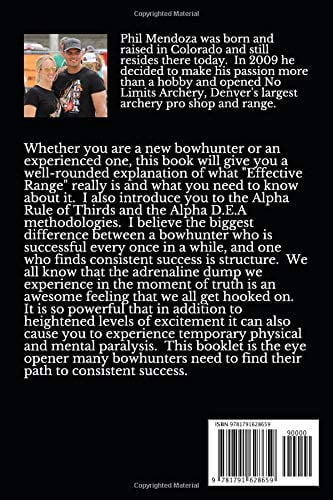