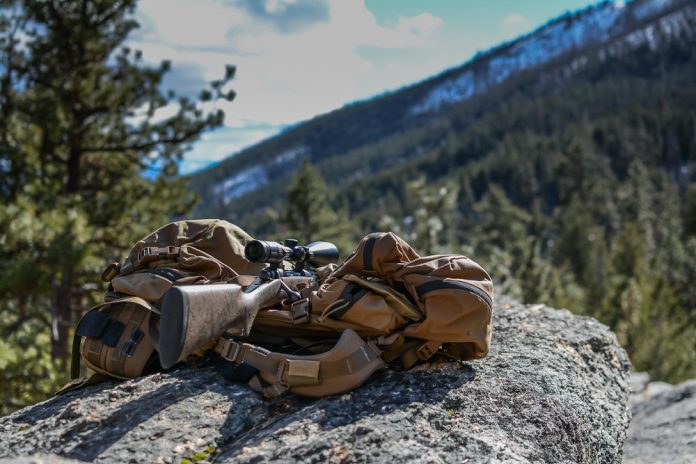 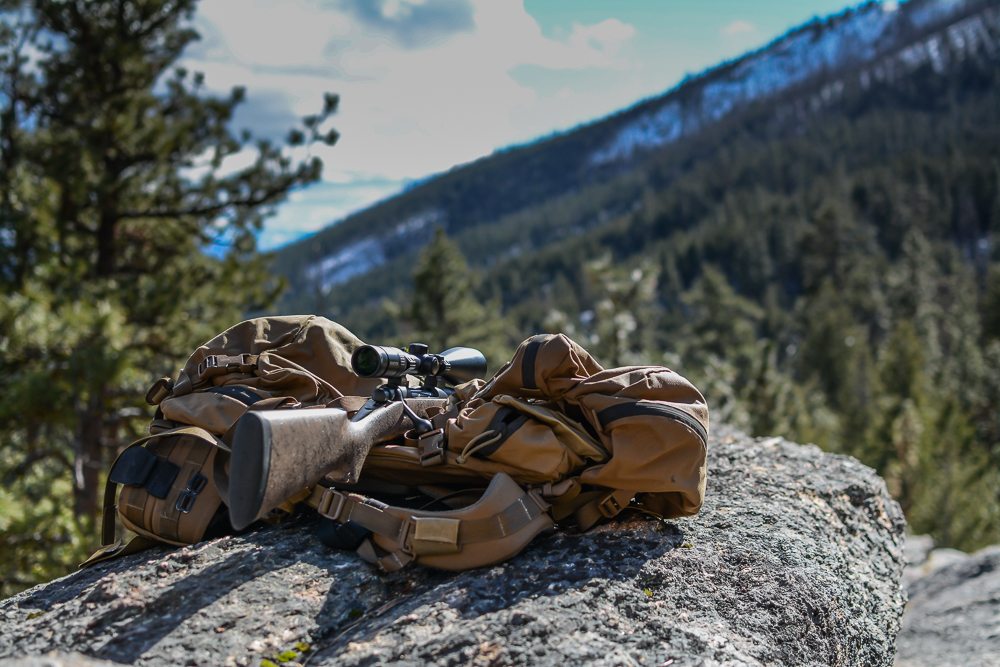 Earlier this year, Rokslide Editor Robby Denning asked me if I wanted to hunt with the Cooper Model 52. Well, of course I would!

Robby already had the Excaliber in 7mm Magnum in the deer woods, and he knew I would love to try it pursuing elk in my home state of Montana. You can read about his experience here

I am lucky to live right down the road from Cooper’s manufacturing facility near Stevensville, MT and Cooper’s own Glenn May showed me around the facility.  I did short write-up on that tour and my intitial experiences testing the rifle here

After that project, I couldn’t wait to get the rifle in the hunting fields.

A couple of months after Robby’s call, I found myself sneaking through green timber over a quiet skiff of snow near 7,000 feet. My buddy, Kenny, and I were looking for elk high above Montana’s beautiful Big Hole Valley. We had started our hike near the valley floor well before dark, and had only cut a lone spike bull track in the past three miles. Still, some broken meadows waited up near tree line, and the fresh snow might have them grazing where we could get a look.

As we gained elevation, the reasonable, ready-for-the-field 8-pound 6-ounce weight of the Cooper 52, Swarovski Z3, and Talley Ultralight mounts didn’t really get in the way, especially with the weight distributed to my pack belt with Kifaru’s excellent Gun Bearer accessory. Furthermore, the slim design of the classic sporter stock fit snugly in the gun bearer and didn’t have the tendency to twist as some of thicker-stocked rifles had. 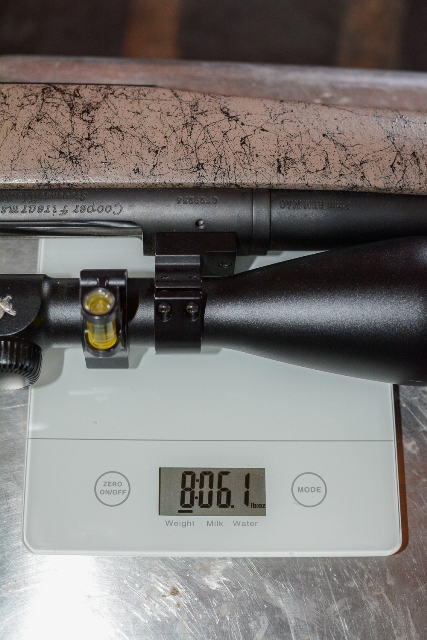 Earlier in the year, I spent some time shooting at longer distances, out to 600 yards, and the Cooper continued to print confidence-inspiring groups at those ranges, including my personal best 600-yard group ever, well under 1/2 moa (editor’s note: that is not a typo!) As I eased up the ridge line that calm morning, I was confident I could make good on an opportunity.

As we started to approach the openings near tree line, we suddenly came to an area of disturbed earth and snow. Broken branches littered the ground and bull elk tracks pointed in all directions. I could still smell the distinct order of tilled earth, and knew it hadn’t been long since the elk were there. We were looking at the aftermath of a sparring match between two bulls. The tracks walked together down the slope into the drainage. Kenny and I huddled up for a game plan and decided to keep going on the ridge, check the meadows, and then come back around mid-slope to see if we could find these bulls in the timber.

We continued up the slope, and struck out in the meadows, so we dropped halfway downslope and began the slow crawl back to where the bulls were headed. Knowing that anything could happen at any time, I released the rifle from the Gun Bearer. It wasn’t but a few minutes later when I heard Kenny barely whisper … “elk.” He was stopped motionless peering ahead into the timber. I had the sling-less Cooper in hand and eased my way into his line of sight. A tiny patch of tawny hide was apparent through a tangle of Douglas fir limbs. The patch started to move upslope and I could make out brow tines drifting up the hill. 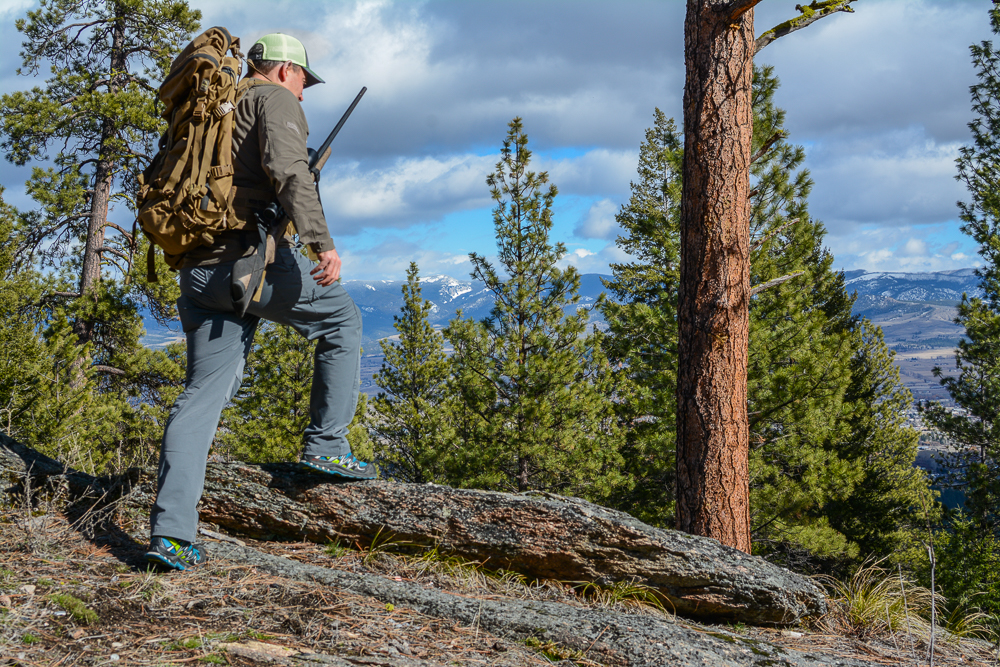 I knew my window of opportunity was short so I leapt up the hillside about ten yards and finally saw a shooting lane through the forest. Crouching down to maximize visibility, the rifle came up to my shoulder without effort, and I found myself naturally looking at the bull through the riflescope. Even though I made the conscious decision to shoot, the recoil of the rifle still surprised me with the light, creep-free feel of the trigger. The bull spun out of sight.

Kenny and I gave it a minute and then moved up the shooting lane, looking for signs of a hit. It didn’t take long, however, as the bull only made it a couple of lunges before skidding to halt just yards from where I hit him. Even though the Cooper had proved to be immensely accurate and capable of longer range excellence, here I had punched my tag at a mere 80 yards. The other attributes of a good rifle: form, fit, and function had come through in a dynamic situation leading to a clean kill on a Montana bull, with a Montana-made rifle (OK, I’m a little proud of that fact.) 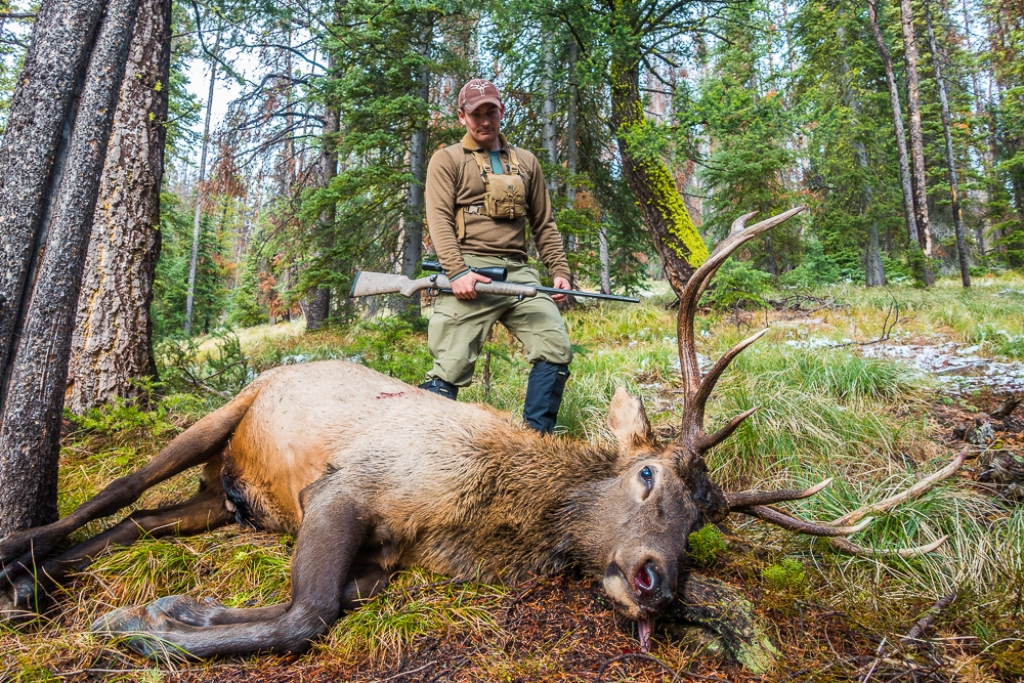 There are a lot of things to like about the Cooper Model 52: A convenient detachable magazine, impeccable craftsmanship, made in USA, low-throw three lug bolt, target rifle level accuracy, etc. But for me, what stood out were the intangibles. It is a rifle that fits right and inspires confidence in the field.

You can visit the Cooper website here, but it best to call or email if you have specific questions: Phone: 406-777-0373, Email: [email protected]

You can ask Matt questions or discuss this article here 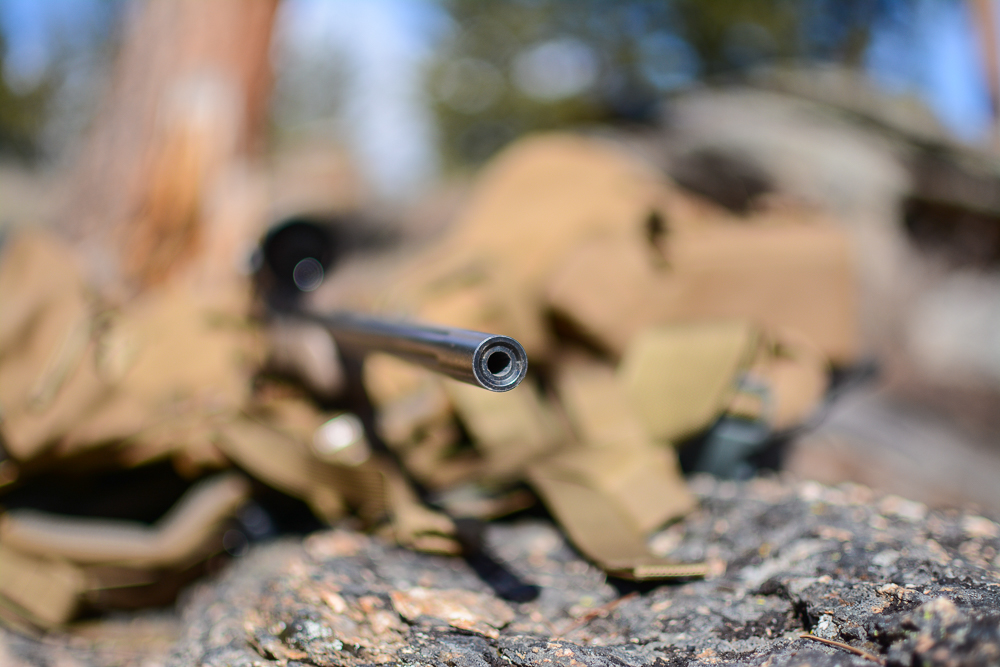