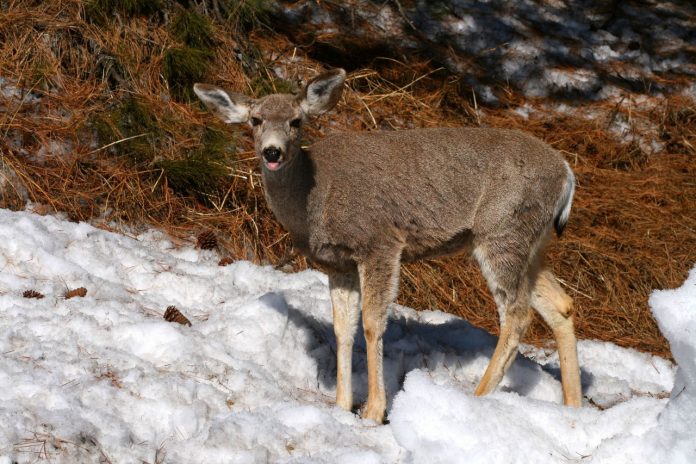 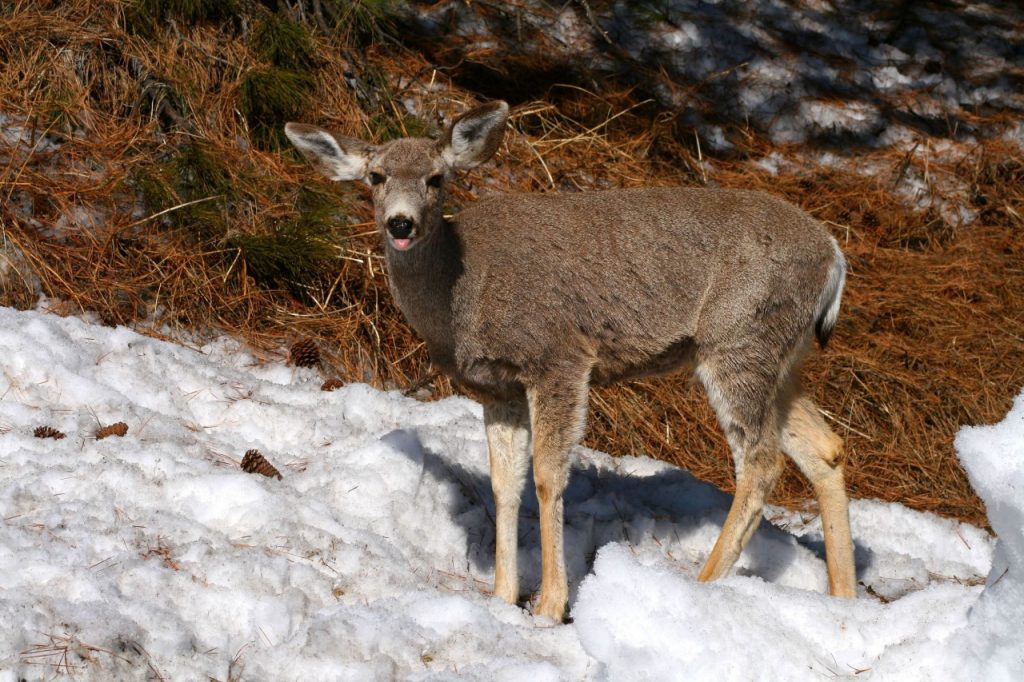 Back in January, I wrote about the current winter’s impact to mule deer across the West here Bad Winter? Now What? I’ve also done a few podcasts with Avery Adventures (more on that below).

While conditions did somewhat improve shortly after that post, it may have been “too little, too late” for some mule deer. As a big buck hunter, you need to pay close attention to winterkill. I certainly do.  It can affect everything from big buck numbers, your ability to draw a license, and even where big bucks will show up in your unit come fall.

I’ve spent a few weeks talking to biologists, the guys at The Huntin’ Fool, hunters I trust, and reading up on some of the information I’ve collected on winterkill over the years.  Over the next few posts, I’ll share that info and help you better plan for this fall’s hunts in the states that I’m researching.

According to Garth Jensen at The Huntin’ Fool, there seems to be a dividing line in the West where winterkill is bad and not so bad (that’s good news, as some bad winters like ’83/’84 and ’92/’93 were almost western wide).  Interstate-70 cuts across roughly central Colorado and Utah (and for argument’s sake, central Nevada). 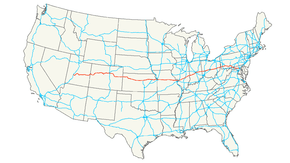 Huntin’ Fool is reporting that winter conditions south of I-70 weren’t as bad as north of that line.  Also, winter ranges tend to be larger in the southern U.S. giving those deer a survival advantage over their northern cousins.  My take-away from that is if you can hunt below that dividing line, you’ll be less affected by winterkill (more on that below).

The data coming out of the Cowboy State is not good.  In some Western Wyoming study areas, close to 100% of the 2016 fawns have died and doe mortality is over 25%.  We can accurately surmise that mature bucks and old bucks will suffer at least the mortality rate of adult does.  This could mean a 20-30% (or more) reduction in the bucks we’re interested in AND a missing age class of four-year old bucks in 2020.  This doesn’t mean I wouldn’t hunt Wyoming this year, I just wouldn’t risk a lot of points on it and I’d have a sober expectation once I started scouting and hunting.  I have no data on Eastern Wyoming to share.

Idaho is a little better, but not much.  As of March 15th, our radio-collar studies showed the steepest increase in fawn mortality ever recorded (data goes back 18 years.)  However, adult doe survival is close to 95%, which is far better than Wyoming.  There’s still more time to lose adult deer but I’m predicting Idaho will experience spotty winterkill, meaning some areas won’t be affected as much.

With Idaho’s and Wyoming’s late application deadlines, there is still time to monitor conditions.

Nevada biologists weren’t able to give me any more than anecdotal data as of press time.  They rely more on aerial surveys to asses herds and those surveys won’t be available until early April.  Early reports are there will be winterkill although it doesn’t seem as bad as Idaho and Wyoming.  With applications due April 17th, there is still time to adjust.

With Colorado’s application due next week, I followed the advice of The Huntin’ Fool and their I-70 line and applied.  I figured this was as good of year as any to try and spend my six points.  With reports of better winter survival going on (except Gunnison Basin) at least I might have one hunt that’s predicted to fall out of the winterkill zone.  From what I’ve heard, the Gunnison winterkill won’t be as bad as ’07/’08, but it’s still early.

With Utah’s early application deadline of March 2nd, I had to make a decision based on what data there was available at the time and a little gut instinct.

My contact for my preferred northern Utah unit reported almost 20% winterkill on radio-collared does as of March 1st.  That’s alarming as mature does typically have the highest survivability and March 1st is considered way early for that kind of mortality rate.

I moved my application from that unit south to a unit that is predicted to have less winterkill.  With more than 16 points on the line, it’s too much to risk on a year like this.  If I wasn’t so vested, I wouldn’t be quite so leery as most winterkill data shows there will still be some big bucks on the unit come fall unless the winterkill is catastrophic.

It’s for years like this that I’ve developed a diverse application strategy   I want to spend my points wisely and timely while shifting the risk to OTC or easy-to-draw tags.  That way, if I come up short, I don’t lose years of applications that I’ll never get back.

Next post, I’ll talk about what the statistics prove about big buck harvest after hard winters—it will likely surprise you.

If you’re not a member of The Huntin’ Fool, I highly recommend them.  Besides a great magazine, their hunt consultants can help you with your application strategy and even how to best hunt particular units.  Click on their banner, upper right to learn more.

Finally, I mentioned Avery Adventure’s new podcast.  That is my Rokslide partner Ryan Avery’s new venture.  Through interviews—both audio and video—he and his wife Tanya talk all-things-hunting.  If you’re not podcasting, you’re missing out on a very convenient and entertaining way to assimilate information.

They recently interviewed me at the Western Hunting Expo in Salt Lake.  We talked about hunting big mule deer and how it’s changed over the years, and how I manage family and hunting time.  You can listen to it here Avery Adventures, or watch it here:

Be sure and subscribe to the podcasts as I’ll be talking more about winterkill coming up.

See you there or here!

Read about how I research mule deer in my book, Hunting Big Mule Deer

Jalapeño Live Hunt Day 5 On Him!