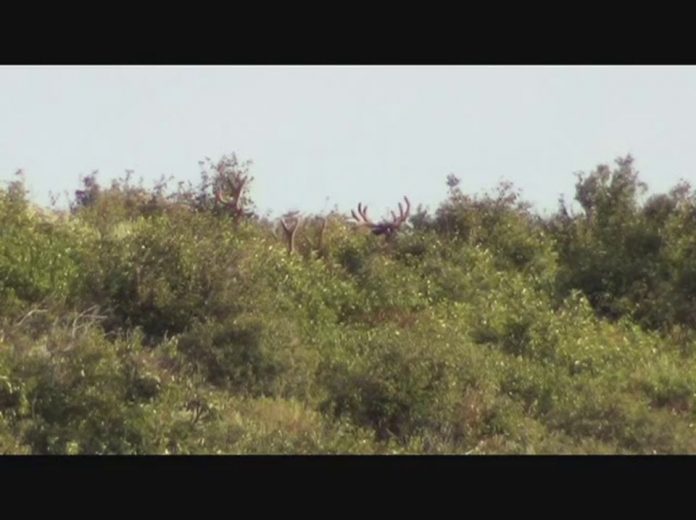 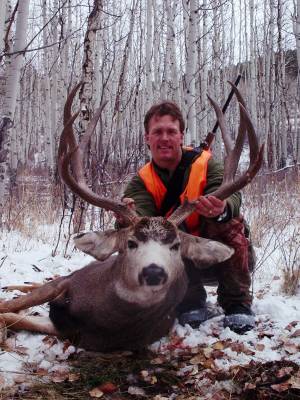 The Rocky Mountain Mule deer can be found from the Tropic of Cancer in Old Mexico to the southern Yukon Territory.  The diversity of habitat in that range is incredible.   The easiest type of habitat to hunt mule deer in is the open country.  It doesn’t matter if you’re hunting the rolling sage of the Great Basin or the Alberta prairie, bucks living in open habitat are just easier to find and kill.

However, consider that if a unit is primarily open country, it won’t have many big bucks unless it is managed under a limited draw system (or has a lot of private property).  However, move to a unit with expanses of timber and brush and there will be at least a few bucks growing old, even under liberal harvest objectives. The trees hunters hate are the same ones big bucks love to hide in.

In the 80’s, there was a local deer hunter who’d done very well killing big Idaho bucks.  Even back then, I asked successful deer hunters questions on “how” they were getting it done.  While he was very skilled, he flat out said he hated still-hunting.  For him it was all an optics game.

Deer hunting was pretty good in the 80’s so that tactic served him well.  The sage hills of Southern Idaho were a great place to find big bucks even after opening day.  Fast forward 30 years and that same hunter has pretty much hung it up due to the difficulty of finding big deer in hunted units. Glassing is no longer “easy”.   I’m not saying that glassing is less important as back then, but nowadays you must combine it with an ability to hunt in and near the cover.

I shot this buck in his bed at 70 yards while still-hunting through a Colorado aspen/oak tangle.

Many hunters abhor still-hunting, but I’ve learned that any buck worth his salt will be in and near the cover soon after he rubs his velvet.  He won’t be picky either—any tangle of brush or timber that is nearly impenetrable to a man will attract big deer.

I’m amazed at how a big buck survives in hunted country year after year.  Unless someone bumps him and he get’s killed by another hunter as he makes his escape, his chance of dying of old age is better than by a hunter’s weapon.  I’ve read that big bucks have a secondary area they retreat to when the pressure is on.  I have a hard time believing that is always the case.

For one, in most units, there is no secondary area they can go to that doesn’t have hunting pressure, except in the case of private property.  For two, a big buck’s best survival tactic is to stick to the country he knows best.  Any predator that enters his “living room” is easily picked up by his incredible senses. Even if I’m wrong, I know my chances of killing a big buck are far better in country where I’ve seen him (if it has adequate cover) than by searching for some mysterious secondary area that could be anywhere.

Hunters think the big deer leave because they don’t see them once the season opens—perception becomes reality.  Hold on, I say.  Unless you’re hunting all the thick nasty brushy stuff, you can’t really say a big buck has vacated. More than likely, he’s just retreated to the cover and is feeding in the open only at night.

To narrow down likely cover to hunt, do these four things:

During season, if you’ve determined the buck isn’t using the open country, spend the first minutes of daylight glassing near the cover.  Sometimes you’ll get lucky and catch him out the first legal minutes of shooting light.  By the time the sun is up, it’s time to get in the brush.  Use your eyes as much as your binos (the human eye is excellent for picking up movement and shape at close range) and slow down.

For tips on still-hunting correctly, check out my posts on Moving in Deer Country, Part I and Part II.  As stated, you can’t cover more than about 50-100 yards an hour when in the thick stuff.  You must control all body movements, noise, and your rhythm.

Pick manageable sizes of cover.  I like patches of timber and brush that are less than a few acres.  It doesn’t take much to hide a big deer.

If you’re moving right and stay alert, you might just get a shot at an unsuspecting buck that feels safe moving around in daylight hours.  Your shot will likely be quick and at less than 80 yards.  Here are some bucks I’ve filmed in the cover.

That video shows why you must keep your rifle ready and your thumb on the safety.  If you’ve positively identified a deer but want to check antlers, you usually don’t have time to use your binos, so use your scope.

Killing Big Mule Deer by still-hunting is a dying art but one of the most rewarding techniques out there.  Don’t be afraid to use it. 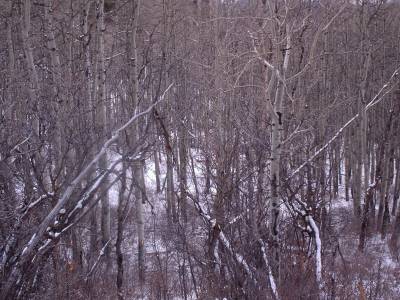 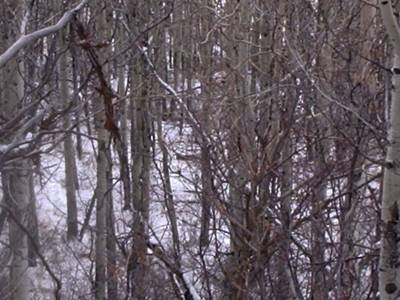 Can you see him now?

The Mule Deer Statistics I Track