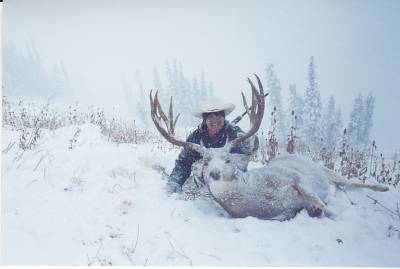 When I cut the track of a big mule deer buck, something inside me comes alive.  Other than seeing a buck with my own eyes, there is no better indication I’m in the right area than finding the blocky track of a heavy-bodied buck.

Tracking should be one of the top tools in a buck hunter’s tool chest.  My Daddy was a phenomenal bear tracker and sparked my interest early on. Depending on where in the West you’re hunting mule deer, the value of tracking will vary.

In the high country, tracking is important but very physically challenging.  Bucks can easily leave a man in the dust in minutes, even when not spooked. With more rainfall in the high country, vegetation is abundant and tracks harder to see.  Without snow, most bucks in this habitat are difficult to track. However, with adequate water and cover, bucks seem to have a smaller home range so tracking jobs can be shorter.

In the sand and clay soils of the arid Southwest and the Colorado Plateau, tracks are a bit easier to follow.  Ground vegetation is sparser, helping the hunter. However, in flatter and drier country, bucks seem to roam more.  A man may need to cover 5-20 miles per day.

I’ve taken several of my top bucks by tracking, including my 224 2/8″ Gross (official score) Wyoming buck.  I found him in early August, but never killed him until October 4th after hunting 16 days between archery and rifle.  In September, during the archery season, I’d sneaked to within 40 yards and waited for him to stand.  A smaller buck noticed me peering over a rise and spooked the herd.  I knew bucks often have identifiable track features so I checked the big boy’s bed. Here is my journal entry from that day: 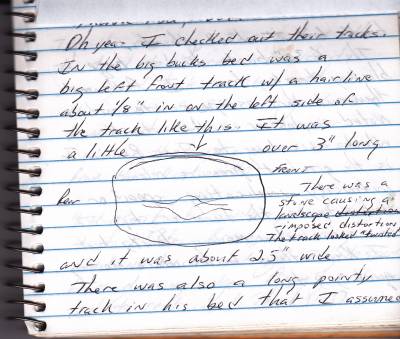 After the rifle opener, he stayed in the timbered country.  The only way to narrow down where to hunt was by his track so I scoured the mountain.  On the last day, just as a blizzard was setting in, I found a track matching my journal entry.  A few hours later, I made an 80-yard shot as he stood from his bed in the timber.  Tracking was his undoing.  You can read the events of that day here: Horses, Mountains, and Mule Deer.

If you want to hunt and kill big mule deer, there are track characteristics and buck behaviors you must begin to understand.

If anyone says that you can’t tell bucks from does by their tracks, they are wrong.  Bucks have wider chests, does have wider hips and both these traits show up in their tracks if you look.   If you’re a big deer hunter, it’s pretty easy to tell outsized bucks from other deer—no harder than tracking an NBA vs. a soccer player would be.

I’ve lab-aged all my big deer and can assure you that any buck with good antlers is going to be at least four years old.   That means he’ll also weigh between 200 and 400 pounds, far larger than any other deer in the herd and his tracks will show it.

Shape is a great indicator, too.  Big bucks’ front tracks are very blunt and nearly as wide as they are long (rear tracks are more pointed and smaller). I’ve measured many over the last 20 years and virtually all of them were between 3″ and 3.5″ long and 2.25″ to 2.5″ wide.  You’ll also notice the buck’s weight shows in his track.  It will be deeper, especially toward the rear of the track.  With heavy bucks, their dew claws can show up in the track when those of smaller deer don’t.

While not as unique as a human fingerprint, bucks do have identifying features in their tracks.  Chips, cracks, irregular shapes, and other oddities are there if you look for them.  Notice in my journal entry above the features I identified.  A month later, the day I killed him, those same features were still visible.

Just as a tall man has a longer stride than a regular guy, so does a big mule deer.  Mature bucks will span 24″ to 28″ between front and rear tracks when walking on level ground.  The longest I’ve ever seen was left by a Franklin County Idaho buck back in 2001.  That buck had a 30″ stride—surely a 350-400 lb deer.  I never caught up to him before the snow melted so can only imagine his antlers.

Mature bucks have been followed by coyotes, lions, and people since they were fawns.  By the time they are mature, they’ve learned to bed downwind from their backtrail to catch the scent of any following predator.  In steep terrain, bucks often bed where they can see their backtrail, usually on the uphill side, fortifying their defenses.  You must stay downwind and uphill of a track to have any chance at a shot.

Finally, in many tracking jobs, fast judging and shooting skills are required.  Some trophy hunters don’t like tracking as it’s difficult to identify antlers quickly (not all big-bodied deer have big antlers) and have shot smaller bucks accidentally.  They’ve got a point, but I still think knowing how to track will hang more big bucks than ignoring the technique.  Quick-shooting, jam-free rifles are a must and you have to keep your scope on 4x or less.

Here is some video from a few years back showing how fast things can happen at the end of a tracking job.  It also illustrates some of the points I’m writing about.

One blog post (or even fifty books) cannot teach you everything about tracking.  Here are two suggestions to improve your tracking game:

1) Start tracking deer.  There is no season on tracking.  Much of what I’ve learned has come from just tracking deer, any deer, and paying attention to how they use the terrain.

The Benoit Brothers are the best Whitetail trackers in the country.  Deer are deer and much of what they teach applies to tracking mule deer. 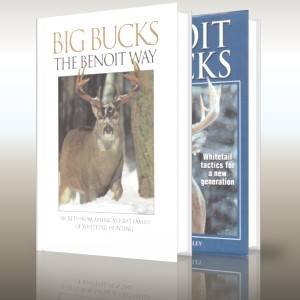 Tom Brown Junior’s “The Science and Art of Tracking”   Tom was trained by one of the last Apache trackers.  He teaches that tracking is just awareness and he’s right. Trackers are separated by their skills and their skills separated by their awareness, pure and simple.  While he gets deep into the metaphysical aspects of tracking, I find his physical description of tracking the most in-depth anywhere outside of being adopted by an African bush family.  One fine day and Lord willin’, before Tom passes on, I’d love to attend his Tracker School.   All my tracking added up is a grain of sand compared to his experience. 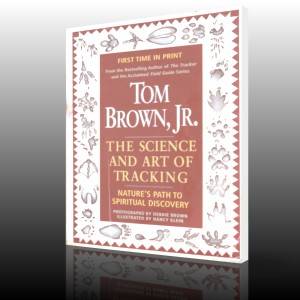 I think you’ll find as you kill a few big mule deer that tracking awareness will have played a big part in that success.

If you’ve ever tracked down a buck, any buck, post up in the comments.  I’d like to hear your thoughts on the technique.

Make sure you subscribe to the Rok Blog, upper right link, “Subscribe to blog” under Fitness/Other links so you don’t miss my next installment in Killing Big Mule Deer: Ambush Hunting