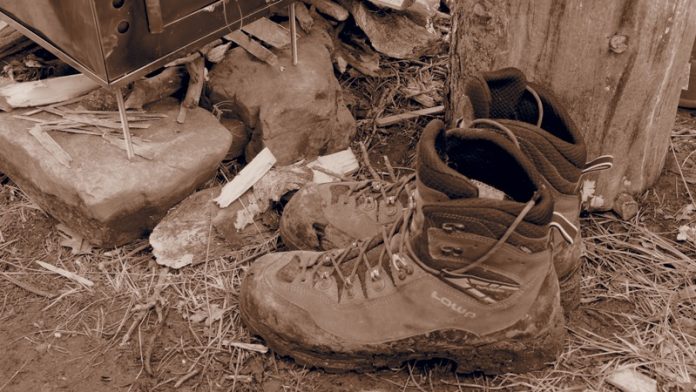 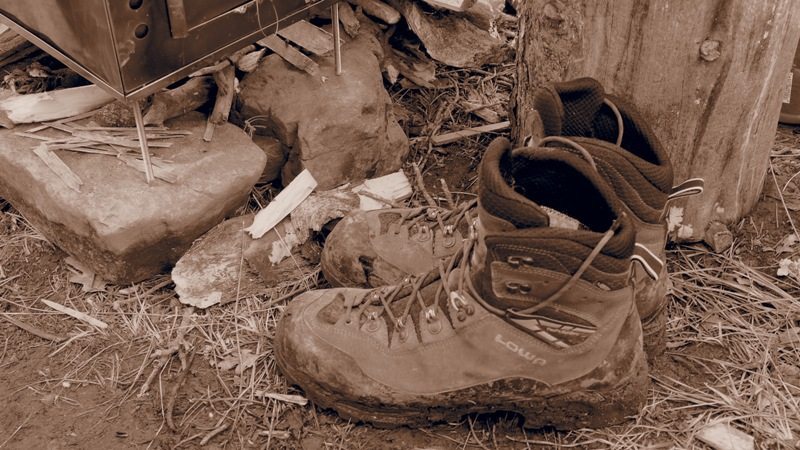 For most of my backcountry hunting, I use horses. This doesn’t mean I don’t hike or carrry heavy packs, though. Horses are too noisy to be riding in deer country so I hike two to five miles per day.  Also, I often have to backpack a quartered buck to where I can get a horse or a pickup.  While I don’t usually need a heavy duty full-support hiking boot like a hunter who hunts soley off his back, for these reasons, there is still one in my arsenal.  In the past, I used Vasque, Red Wing, and Danner.


This year, I was intrigued by the Tech Lite Hunter from Lathrop & Sons Boots.  Aron Snyder had been touting their benefits and light weight construction, so I ordered a pair.  The good thing about Lathrop & Sons Boots is that they don’t just sell boots, but work hard to fit you with the right boot.  With 50 years experience in the science of podiatry and orthotics, they know their game.  While I don’t have many problems in my feet, I do have an extremely wide forefoot, needing a 4E in some brands.  I told Lathrop & Sons this before ordering the boot and they said that foot width would be considered.


My size 10 Tech-Lites arrived in about two weeks.  It was early July and scouting season was underway.  I didn’t take time to read about the included footbed system, the Synergy as they call it.  It had a gel feel and cool look so I just put it in the boot and headed for the hills.

Not long after leaving the pickup, something felt wrong.  Although the length was fine, my foot felt like it was in a four-way vice. I tried loosening the laces, which operate on a ball bearing system with a lace lock, but they still felt way too tight. Back at home, I called Lathrop & Sons.  Stephen Lathrop immediately identified the problem.


“Hey dummy, did you take the factory foot bed out before putting in the Synergy?”

“What factory footbed?” I sheepishly answered.

I pulled the Synergy out of each boot and lo and behold, there lie the factory footbed.  I replaced it with the Synergy, slipped the boot on, and felt the “ahhhh” of a great-fitting boot.  Stephen was still laughing on the other end of the phone.  He also asked if I’d put any time in them before heading out for some big hikes.

Besides, I had mowed the lawn in them one day, and what does he know. 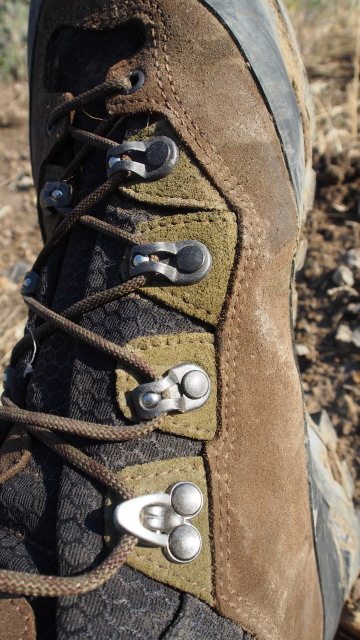 Once you understand the ball bearing/lace lock system, you’ll love how it holds the foot and cuts lacing time.

Back on the mountain a week later, I pulled a six-miler looking for a big non-typical I’d seen the year before.  About half-way in, I felt a hotspot on my left medial heel.  I pulled the boot off and reached in my pack for some moleskin; just then I remembered it was in my other pack.  I had a plastic grocery sack of all things, so I slipped it on and completed my hike.  I did end up with a small blister which took about a week to heal. Wish I could blame the boot, but Stephen had specifically told me to put at least 10 days on them before any significant hikes. 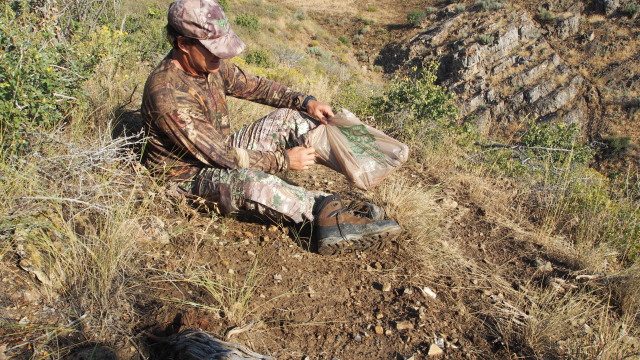 Once home, I started wearing them more but for shorter stints and working around my three acre place. I probably put on the required 10 days, so was confident in taking them on a November mule deer hunt.  Hunt logistics required that I walk the the first five miles to base camp while leading my horses packed down with enough gear for nine days of cold weather. I cinched the Tech-Lites and hit the trail.

I arrived at camp in fair shape, but it was time to get the boots off as I was feeling some rub in the same heel where I’d earlier developed the blister.  I hunted in my back-up boots for a few days.  The next time I put the Tech-Lites on, and for thereafter, I’ve never had a problem.  It had taken about 11 days and maybe 30 miles to break the boots in. This is not a downfall of the boot, but attests to their rugged, stiff construction.

I found the Tech-Lite Hunters very supportive in the steep terrain, more so than any of the previous boots I’ve owned.  At the top of their benefit list for me is their weight: 3.5 pounds per pair.  That’s getting within striking distance of the lightweight hikers but with more support and stability than you’ll ever find in that class of boot.

While I’m not a backpack hunter, I can comfortably recommend these boots for hunters carrying moderate packs in rough terrain and for all hunters who venture into the steep and nasty where many western mule deer, elk, sheep, and goats reside.  But trust me when I say that you need ample time and miles for break-in. 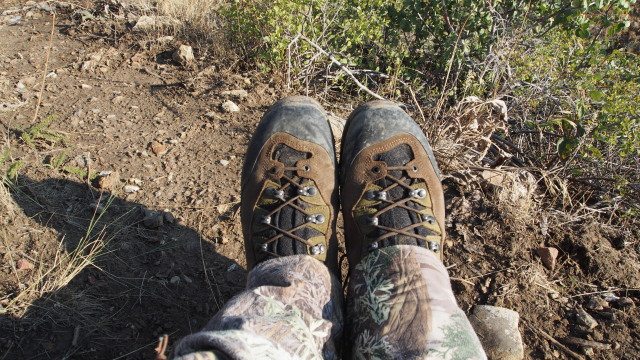