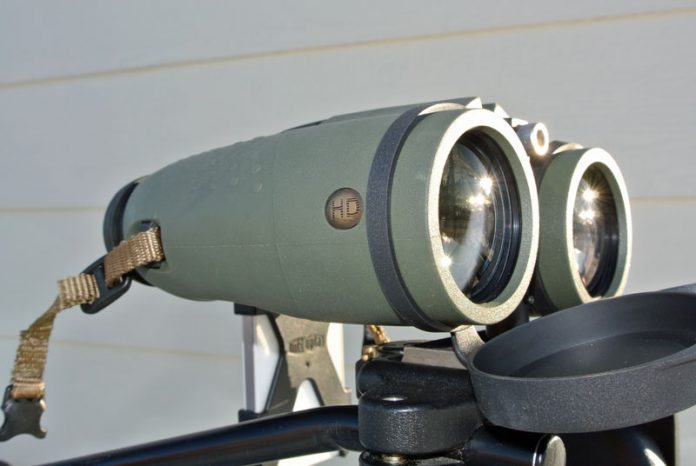 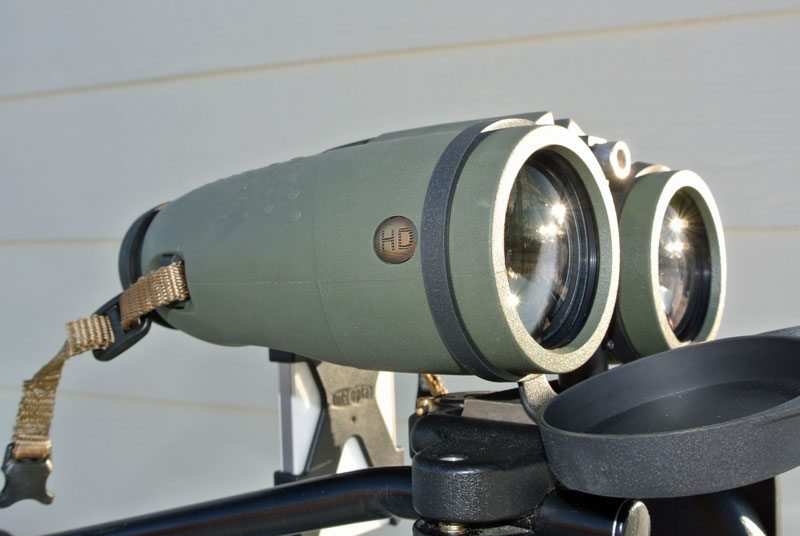 As I mentioned in the Spotting Scope review, I hunted for several years with the original Meopta Meostar B1 10X42 binocular. It was an excellent binocular with only a couple minor optical weak points.

The binocular showed moderate Chromatic Abberation (CA), and had a bit too much yellow color bias.

I eventually sold the binocular with some regret and moved on to the Swarovski SLC neu. The SLC neu has become my binocular standard by which others are judged. It is well-built, comfortable, and has no real optical weaknesses. I nitpick that it shows some mild CA, but it is very well corrected for a binocular that does not use extra-low dispersion (ED) glass in the objective assembly. In short, it is a very nice binocular with all the added prestige one gets from one of the “Big Three.”

I was quite interested to learn that the Meostar I liked so much was updated and redesigned with “HD” objectives (in this case “HD” is the advertizing notation that ED glass is used in the design). I wondered if this fixed the CA issue in the original design.

When I received the binocular, it was only natural to compare it to the SLC neu, which it strongly resembled. 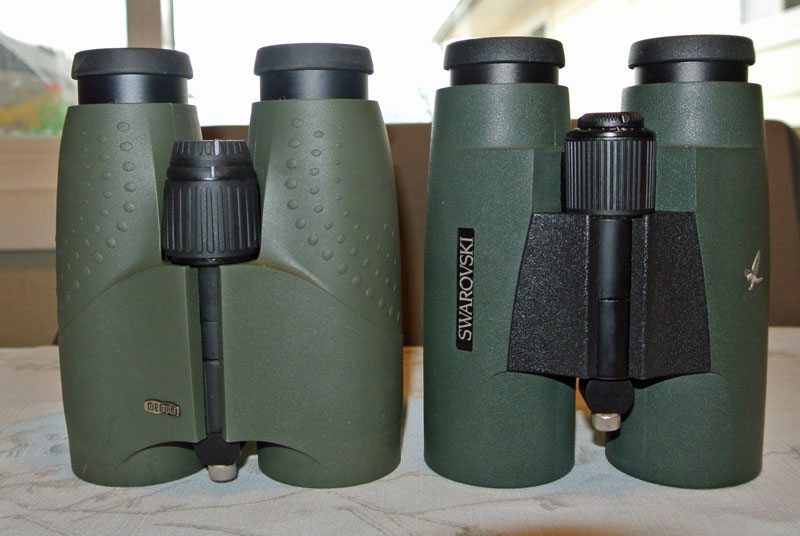 A Pair of European 10X42s: The Meopta Meostar HD and Swarovski SLC neu

As you can see, the binoculars are very similar in form. They are also very similar in hand, although the armor is more textured and the thumb depressions are deeper on the SLC neu. Both are quite solid and durable feeling, but this comes at the expense of added weight. The SLC neu weighs in at 31 ounces while the Meostar HD is an ounce heavier at 32 ounces. Lightweights they are not.

The binoculars are equivalents in most other areas of build including nearly identical eyecup design and diopter placement. I found maximum sharpness one click off center with the diopter on both models. Here though, is a slipup by Meopta that carried over from the original model. The diopter holds via detents, and does not lock. On my original Meostar, The diopter would shift occasionally in the field, and I would have to readjust. Eventually I placed a tiny drop of super glue at the seam where the diopter and focus knob met, and it held solidly. All was well, because with the flick of a tack point, the super glue could be removed without a trace if one wanted to adjust the diopter. The Meostar HD’s diopter looked identical, but took more force to move and clicked solidly when adjusting. It never moved on me during testing, but I thought about it enough to consider the super-glue fix. I would have preferred a locking diopter, or at least a half-locking diopter like the push-and-turn diopter on the SLC neu (which has also occasionally been bumped out of adjustment in the field).

Still, that was of little concern when one actually looks through the binocular. What a view! It was quite hard to distinguish differences between the binoculars‘ views. Both had wide fields of view (330 feet at 1000 yards). Both had 15mm of eye relief. The sweet spot of optical excellence pushed similarly close to the edge in both binoculars. Both showed mild pincushion distortion, with the Meopta showing just a hair more. The difference came in color with the SLC neu being neutral, but slightly cooler (blue), and the Meostar HD being neutral, but slightly warmer (yellow) Still, this Meostar HD was not nearly as warm as the previous generation Meostar. Keeping with the other Meopta products I tested, the Meostar HD had higher apparent contrast than the SLC neu, and provided a saturated, colorful image. The other difference came in CA control. The Meostar HD showed less CA, including NONE in the center of the field, and only slight amounts at the edge. This was quite impressive. The Meostar HD offered the SLC neu’s view with an improvement in CA control.

In low light, both binoculars slowly faded out without a noticeable advantage either way in glassing time.

Another neat feature was the Meopix Adapter for the binoculars, which worked identically to the spotting scope version, and gave some nice results, although tripod mounting the binoculars aided this greatly. 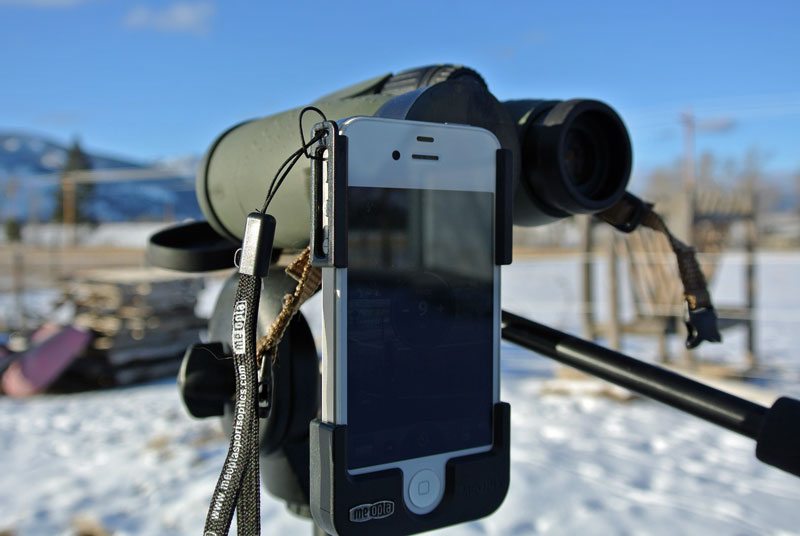 The Meopta Meostar HD binocular is quite a triumph. With a retail price of $999, the hunter gets a legitimate competitor to the much more expensive top rung binoculars from the biggest optics names in both optical performance and build quality. The warranty is similarly stellar in that it is a lifetime transferrable warranty. The only cons were the lack of a diopter lock and weight (although a few extra ounces tends to steady the view). All of the Meopta products I looked at were easy to recommend, but the binocular was my favorite of the bunch. So much so, the box going back to Meopta did not include the binocular, and I will be personally using it in the field in upcoming hunts.