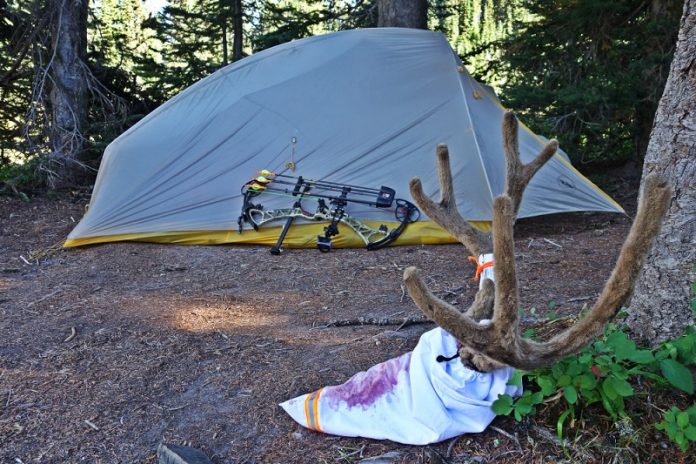 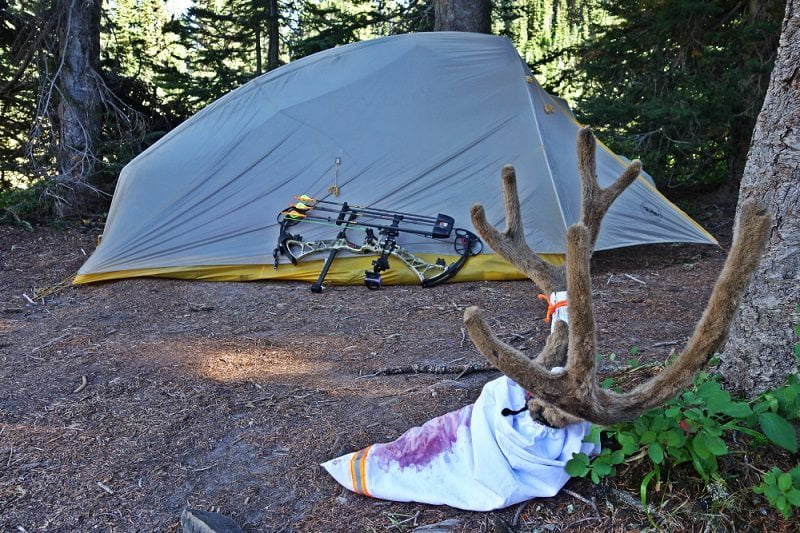 When piecing together a bow, there are many options to customize to make it your own. You have aftermarket strings, quivers, stabilizers…just to name a few. All of them are important and all need some time invested in researching what is going to work best. I felt confident in all my equipment on my bow, however I knew I wanted to improve on one thing: the ability to micro adjust my pins. I always struggled with making small tweaks, it seemed my pin would go too far one way or the other when trying to make that slight adjustment.

I had been shooting the Montana Black Gold Ascent sight since 2012. The Ascent served me well and I knew I wanted to stick with the company so I explored their options. The Pure Gold 75 was exactly what I was after. I ordered from Blackovis and in short order it was on my doorstep. Made from 7075 Billet Aluminum, I wasn’t worried about it being tough. That was a given. There is a very “easy to adjust” 3rd axis built in (3rd axis is a must have in my opinion, especially when hunting in country where uphill/downhill shots are the norm).

I found the newly angled surface for your yardage tape to be a nice change from my older Ascent. You can easily see what yardage you are set to without having to pull too far off your anchor points. The housing dials smoothly up and down the vertical axis and has a rock-solid locking lever. Micro adjust on both horizontal and vertical axis of the sight along with very legible markings made adjustments a breeze. Micro adjust pins were exactly what I was looking for as well. This sight came in at just over 11oz. Slightly heavier than my previous Ascent but the advantages were well worth it. I also chose .010 pins for my fourth and fifth pin. This is nice because usually when using these pins the target is at farther distances, thus making the target smaller. Having less pin cover my target is nice. 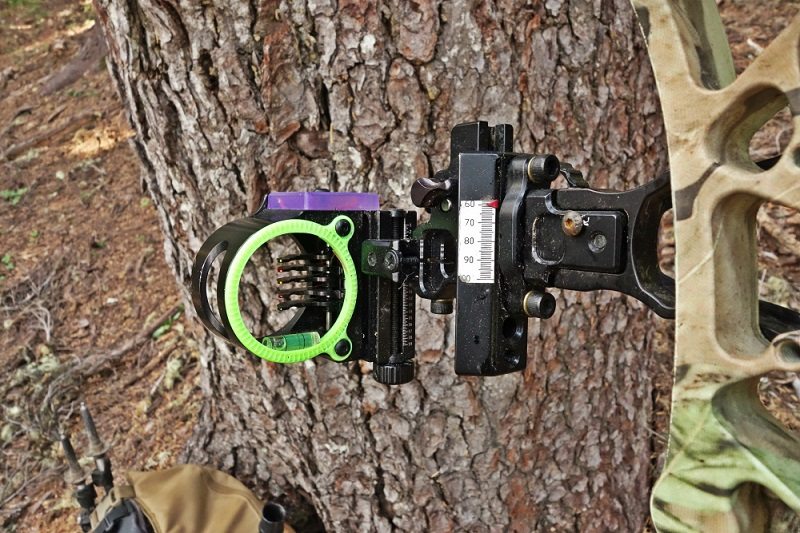 No piece of equipment is perfect and this sight has a few flaws that I feel could be worked out. Nothing was big enough to be a deal breaker for me but still, I am going to point them out. First off is the precision of the micro adjust. Both on the pins and the axis. There are several clicks of “slop” before you start moving the intended part. This is due to the machining tolerance of the screws and nuts that the micro adjust rides on. It would be incredibly expensive to produce a product that did not have that “slop” in it. As long as you are paying attention to the marking indicators, you should be able to get your adjustments without any major issues.

Some people have complained of a noise when you shoot, saying the sight is “loud”. It’s the slop. Simply tighten the adjustment knobs one way or the other, until they stop (while all bolts are tight, preventing the pins or axis from moving) and the vibration noise is gone when you shoot.

Second, would be the horizontal axis guide; it is moved over far enough to where it’s touching my dial wheel. If I were to move it any farther, it would prevent my wheel from being able to roll. All bows will have the sight adjusted in different places, it just happens mine ends up very close to the wheel. For now, I can live with it, however if I need to move my housing any farther, a solution will be needed. 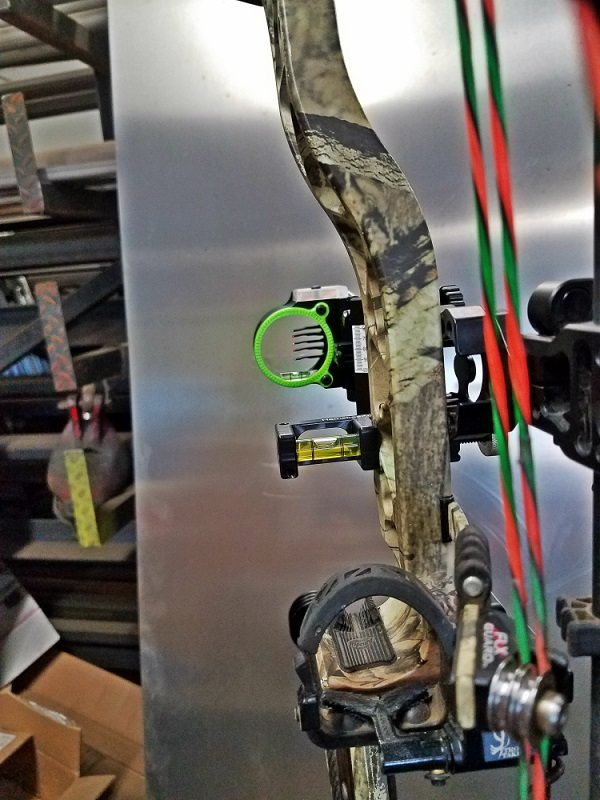 I hit several 3D shoots this summer with the Pure Gold and even won a little money. I was very pleased with it as I rolled into the fall hunting season. I took it on my early season deer hunt here in Washington where I was able to put it to the test as I stalked down on top of a group of bedded bucks, literally directly above them. It was so steep that I couldn’t get my bow at that great of an angle and still shoot comfortably. I waited until they got up and fed away from the cliff band. I ranged the buck I wanted at 37 yards, (corrected for incline). This was a very, very steep downhill. I settled my 40-yard pin where I wanted and let it fly. The 3rd axis held true, my pins held true and soon after I was de-boning a buck solo in the backcountry. 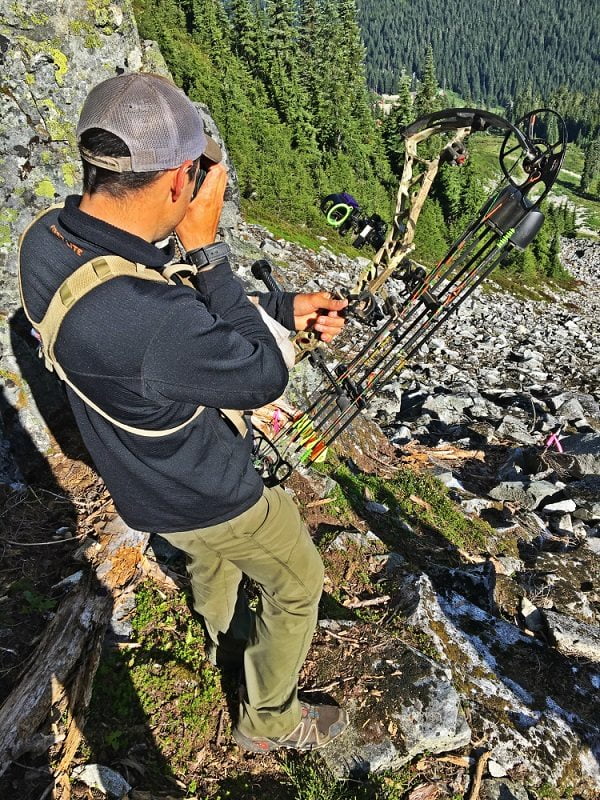 Without a doubt, having confidence in your equipment is incredibly important in executing a shot like that. I can say I am looking forward to more archery hunts with the Pure Gold 75 bolted to my bow. 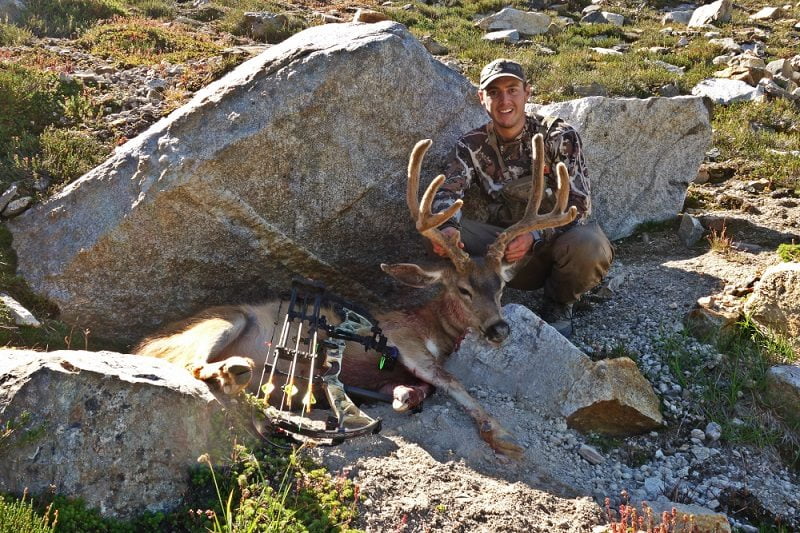 You can ask Brock questions or comment on this article here.

The Truth in Bow Speed: ATA vs. IBO