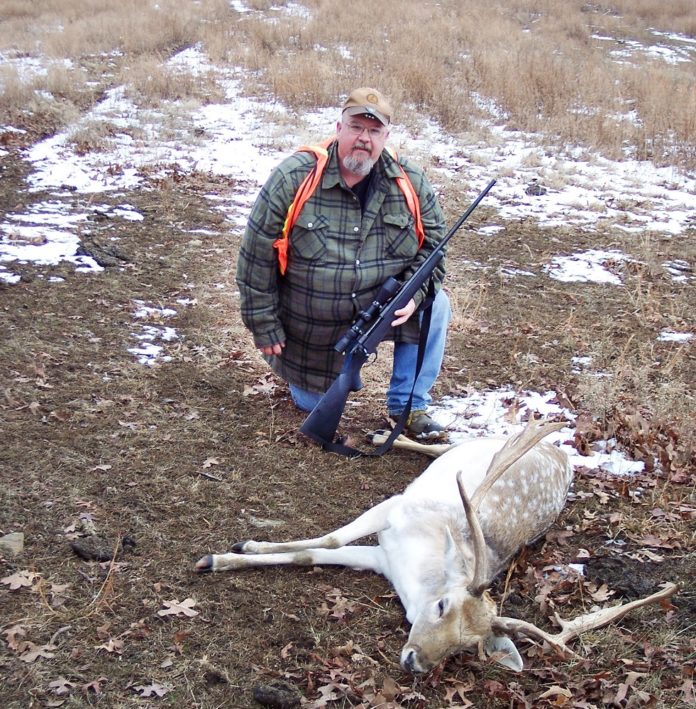 Hot weather deer hunting means being ready to cool down the meat as fast as possible to keep it from spoiling. 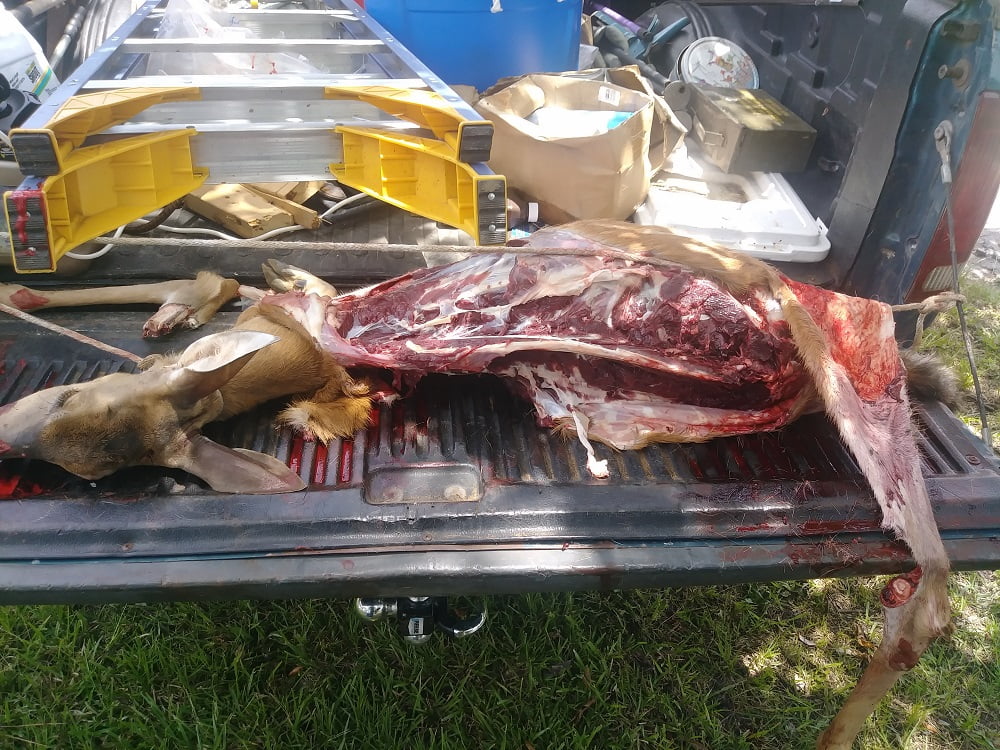 For many places in the country, deer seasons open during warm, or even hot weather, especially in the Desert Southwest and Deep South. Hunters have a very short amount of time to get the meat cooled down. The exact amount of time you have before the meat starts to spoil is dependent on the temperature so there is no one-size-fits-all.

The absolute best way to cool down the meat is to bone it out in the woods. Get it on ice in a cooler you bring into the woods. However, this is not practical on extended backcountry hunts, nor even legal in some states and on quota hunts. Quota hunts typically require the deer to be checked in with the deer’s sex identifiable. If that’s the case, then a fast field dressing is the best option. 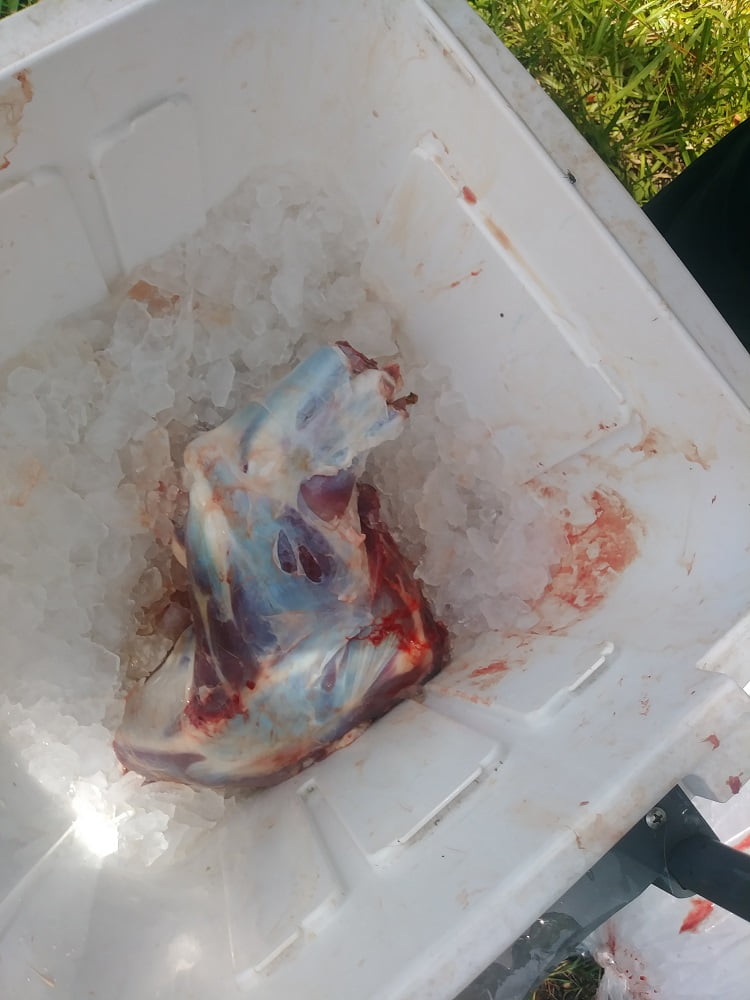 As the local Hunters for the Hungry guy in my community, I get regular calls to pick up roadkill. I get to the animal within 30 minutes of being hit. With South Georgia summer temperatures in triple digits, I’ve learned how to get deer and hogs cooled down in a hurry. These experiences have also taught me a lot about dealing with ruptured intestines: I toss any tainted meat.

Even if you drive in with an ATV, these tips will still help you preserve the meat.

A good sharp knife is really all you need. I prefer disposable-blade razor knives. I can process a whole deer with one blade before it’s too dull to be really useful. I also do not like long blades. I need just enough to cut through the hide and a bit deeper. Long blades are just not needed on the size deer I kill. If elk or moose is the target, then yes, get a bigger knife. 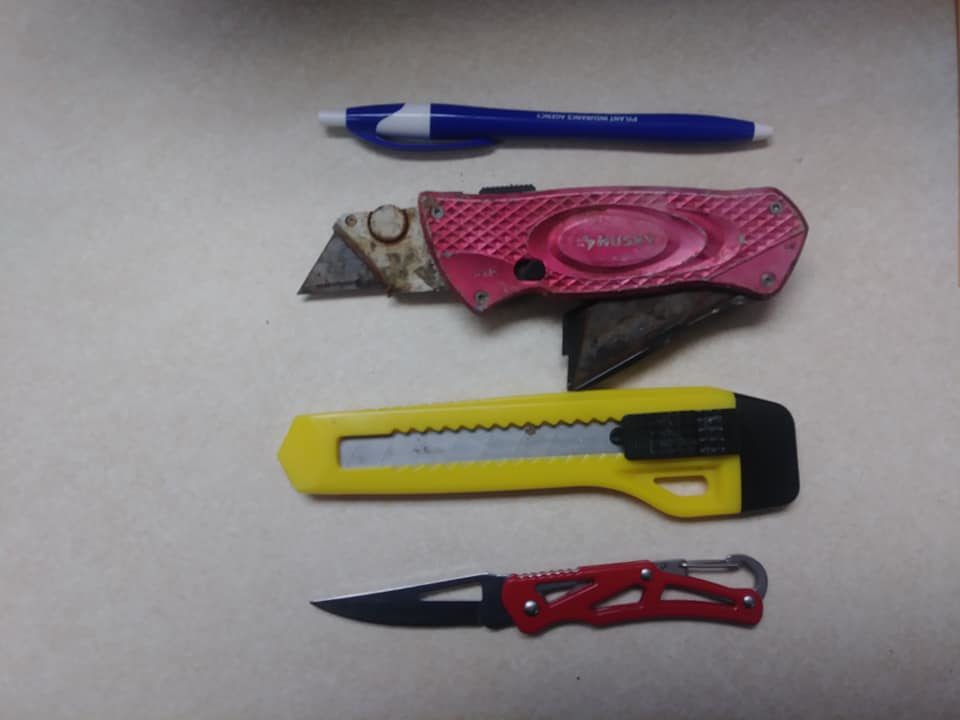 Take some rope; 10 feet is plenty. Tie both ends of the rope around the animal’s neck or the rack. Loop the rope around your chest to drag the animal out. This leaves both hands free. You can also lean forward to pull the animal without your arms extended behind your back. You’ll pull farther and longer this way. Some places sell drag harnesses. These spread the tension of the rope across your entire chest, rather than just the rope where it crosses over you.  If you’re in western terrain, where dragging is just not an option, I cover that in the “Can’t Drag” section below, so hang tight.

Some people say you should also carry disposable rubber gloves to keep blood and body fluids off your skin. This is a very good idea, especially in areas where the game has Chronic Wasting Disease (CWD). Gloves are especially important for hog hunters. Wild hogs carry several diseases that are transmitted to humans through body fluids.

A folding saw is handy but not an absolute necessity. You can use the saw to cut a limb to prop the chest cavity open and to cut the legs off. If you don’t carry a saw, break a limb off. Cut through the joints on the legs. 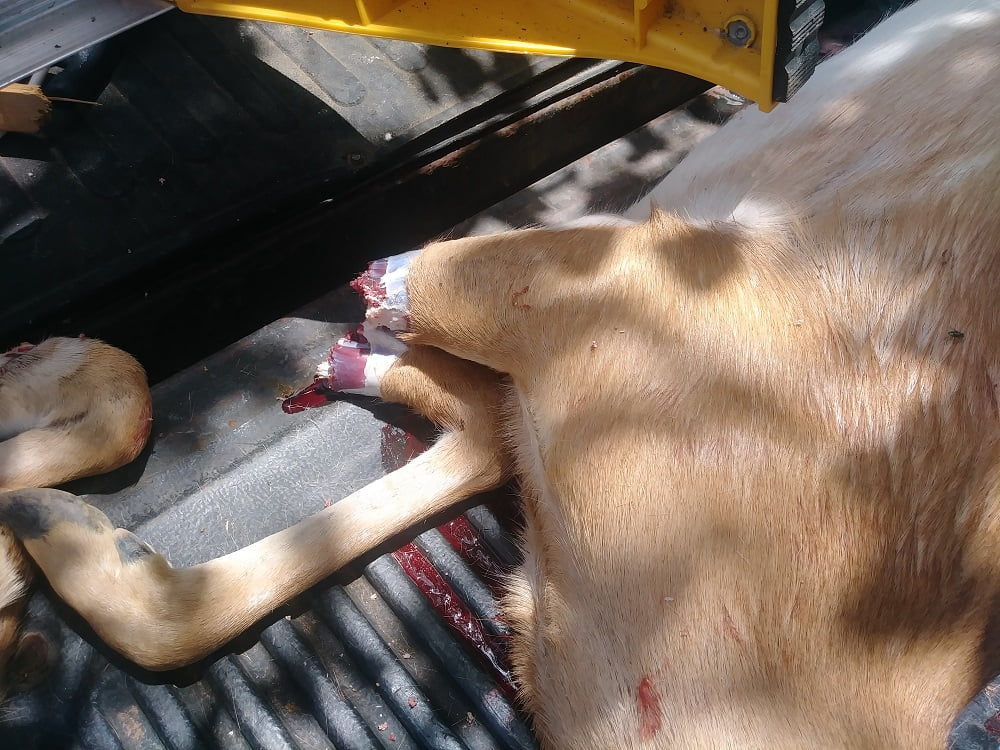 A heavy duty drum-size garbage bag does several things. It’s big enough to cover a big deer and smaller animals. You can lay the carcass on it to work off the ground. It’s also big enough to be an emergency raincoat for you. Try to avoid putting meat in the plastic bag as it traps heat. Under no circumstances put the cape in a plastic bag. The heat generated causes the hair to fall out (slip is the taxidermy term) and will ruin the hide for mounting purposes.

A square cooler with wheels and a handle can be used for just about anything else you can pack into the woods. You can store everything in it. Drop a bag of ice in there. Keep your tools in there. Leave the cooler out of sight of your stand and cover it with limbs. One cooler will hold a medium deer quartered out and a big one boned out. The bag of ice gives you much more time to get the meat out safely. You can also put some water in there to clean up when done. 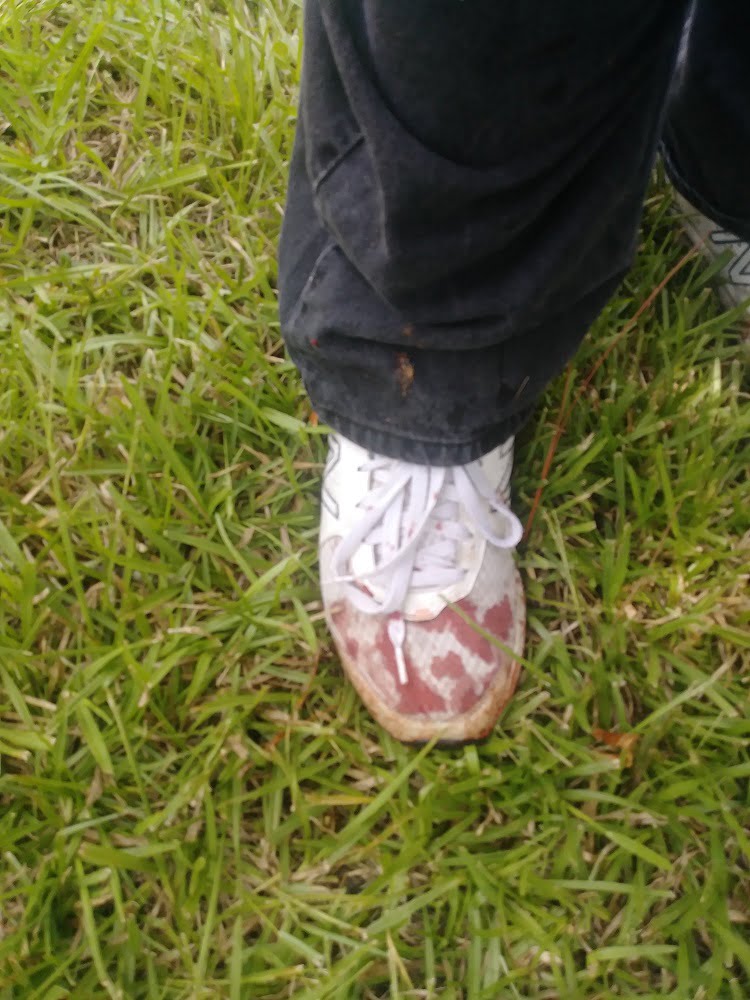 A large backpack is very handy for packing out quarters on bigger game and the rack and cape. Dad killed a deer many years ago at the bottom of a small mountain. Back then I had a backcountry backpack in the truck. We boned out the deer, wrapped it in plastic and I carried it out to the road near the mountain top. At the truck, we transferred the meat to a cooler.

A butt-removing tool lets you pull the anus out and cut it without having to reach into the pelvis. Several companies sell these tools and kits with prices usually less than $20. I’ve never used one.

You can hang the animal, if you have enough rope, or do all this on the ground. In the pictures, I show how to bone out a deer (below) on the tailgate of my truck. This means I did not have to bend over or kneel to do the work.

For this method, you must have a way to get the meat out of the woods. You’ll need a cooler or a backpack. Boning out a deer or other game animals takes the most time. If the weather is really warm and you have a way to go to process the meat, do not do this unless you also brought in a cooler with ice.

Boning out the animal means leaving all or most of the bones, hide and guts in the woods. You are taking all the meat off the bone. An exception is the rib cage if you want to save the ribs. If you want to this, then a saw or hatchet to break the ribs away from the spine is necessary. Severing the rib-spine joints takes quite a while.

Boning the meat in the field is not precision butchering. You are just trying to get the meat off the bone as fast as possible. Wait until you get home or let the processor deal with the silver (tendons) in the meat. Cut down to the bone and get the meat off.

The deer in the pictures was summer roadkill. I picked her up 20 minutes after the accident. An hour and a half later I was showered and back at work because I was able to get the intact animal to my house. The meat was on ice in a cooler in my yard. The abdominal cavity was ruptured and I lost maybe 3-4 pounds of meat on one ham.

Quartering is a halfway between boning out and field dressing. You get the meat, but also have the bones. This method does not leave the animal’s sex intact so it may not be legal everywhere. This leaves the gut sack inside the carcass. You must have a way to get the meat out of the woods.

Put the animal on its side. Slit the hide down the spine from the neck to the tail. Peel out the shoulders. Either cut the leg off near the joint or separate the joint with a knife. Peel the hide down to expose the ribs and abdominal cavity, just enough to see the backstop lines. 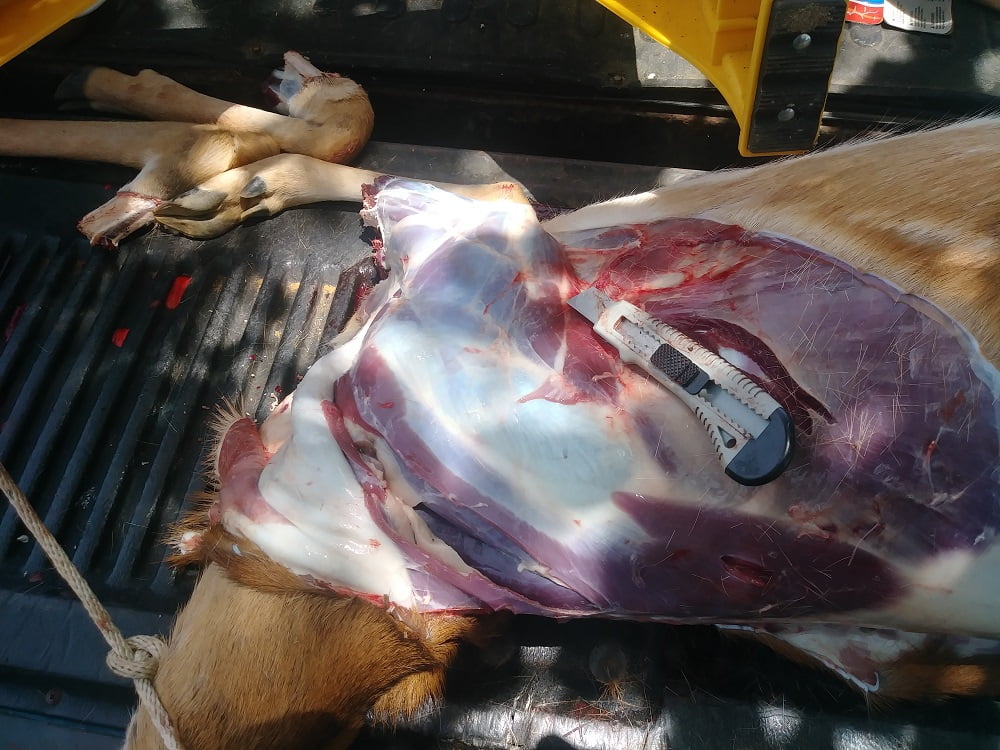 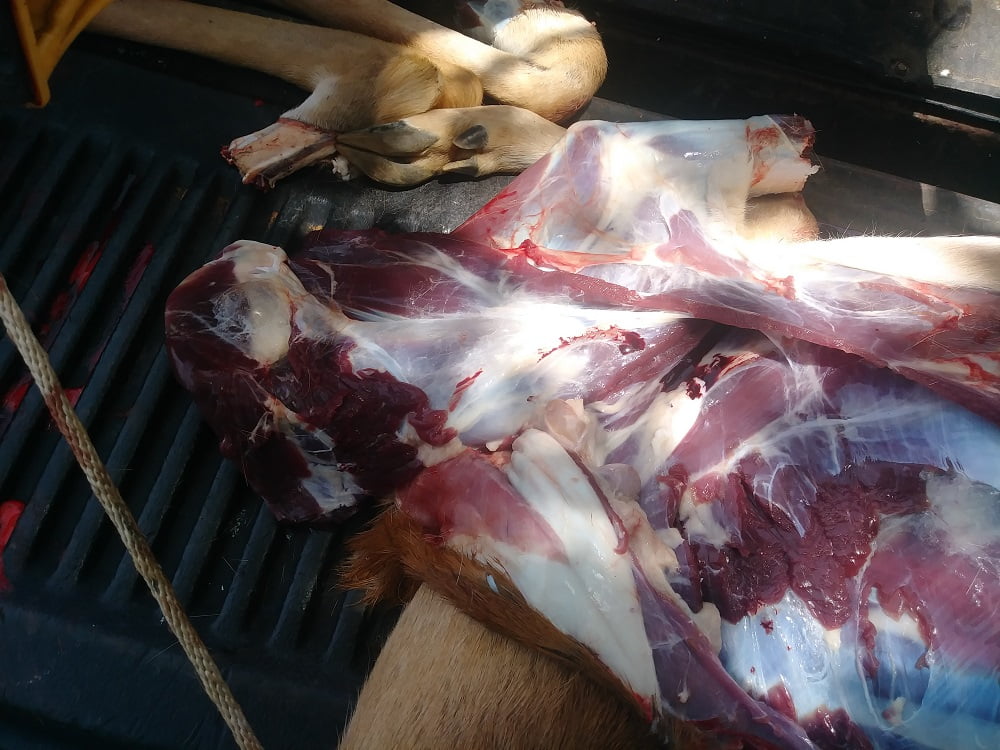 Now, remove the back straps by running the knife along the spine. Cut toward the bone. Continue this cut until the backstop comes free. 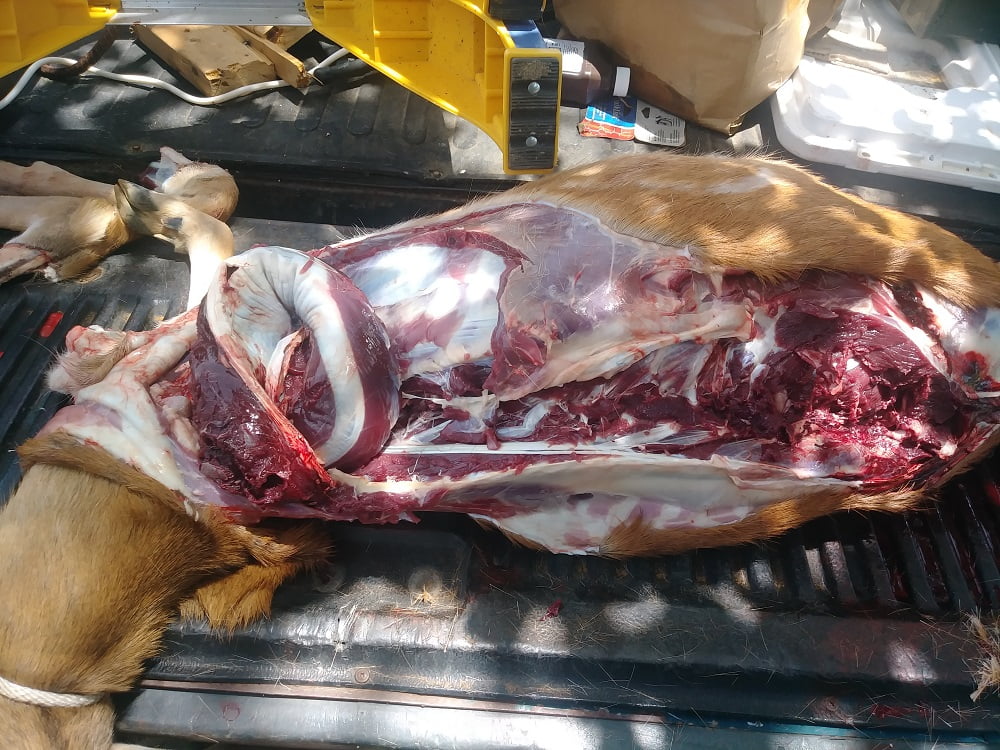 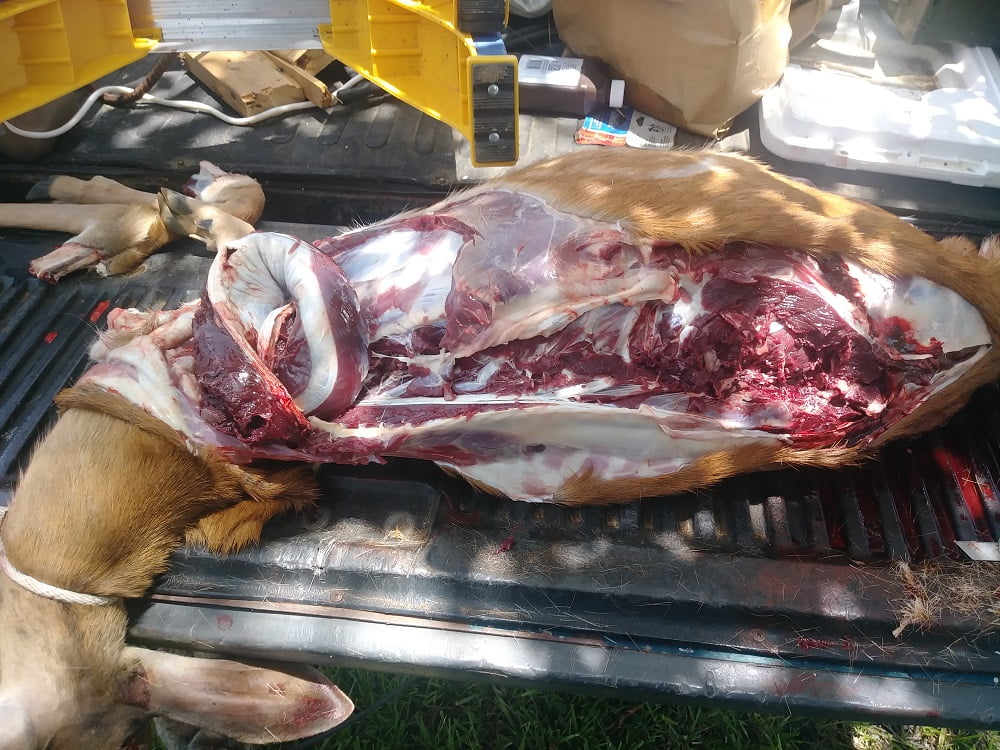 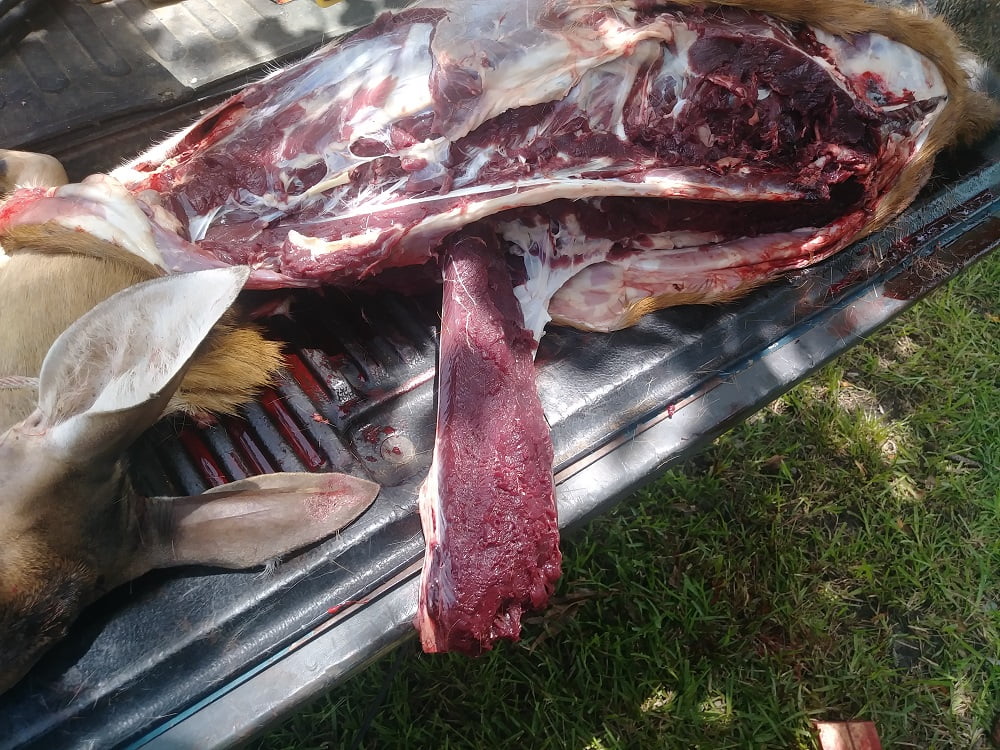 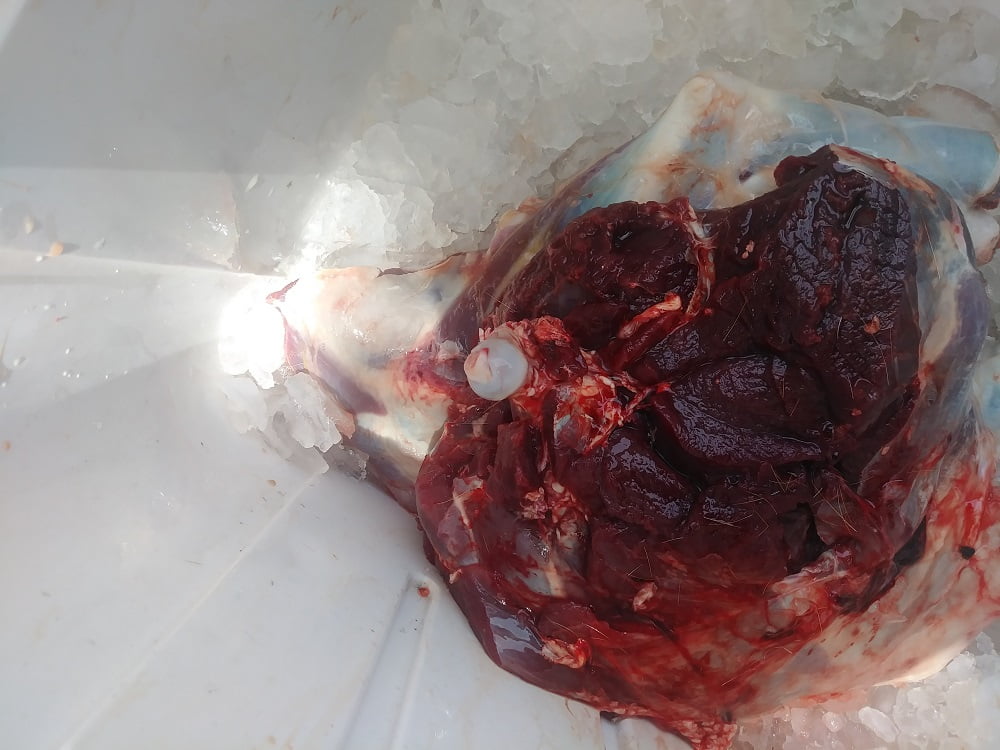 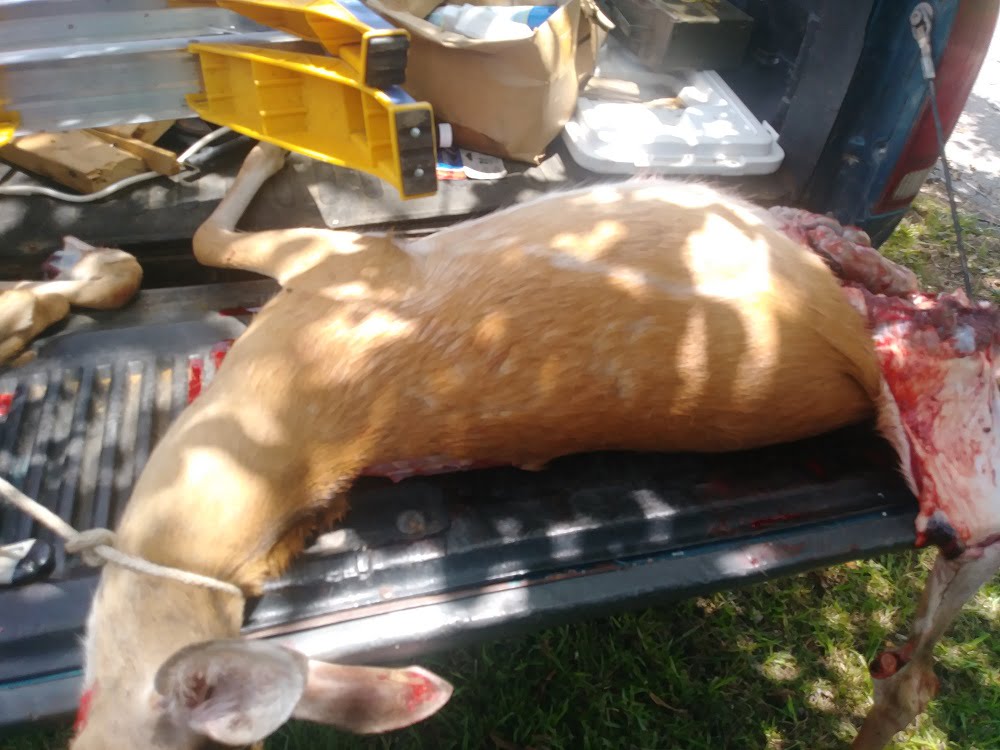 This is the fastest way to cool down a carcass. The guts are your main concern at this point. You are only removing the internal organs. This buys you more time to get the animal out of the woods.

Removing the innards opens the carcass to airflow which cools the meat from the inside. The intestines trap a lot of heat. Opening the body cavity rapidly cools the carcass. It also prevents meat contamination from gut juices.

If you haul the body out with a drag bag or tarp, leave it open as you pull. You need airflow. With a tarp, leave the tarp open around the body cavity to let airflow through the openings.

Leave the hide on. This is added protection for the meat. Removing the hide will not do much to change how fast the meat cools down or spoils

If necessary, leave the genitals attached for sex identification. Just push them out of the way.

Removing the anus is critical here. Cut around the butt. Reach into the body cavity into the pelvis and grab the intestine. Gently pull as you cut it away from the outside. Do not pull hard because it will tear apart. As you pull, you’ll see the muscles that need to be severed to release it completely.

The Missouri Department of Conservation has a guide to fast field dressing with pictures. Opening the chest cavity, as in Step 4, is best but not 100 percent necessary. You can split the breastbone with a razor knife.

Now, get the animal out of the woods to be processed as soon as you can.

You can comment on this article or ask Ben questions here.