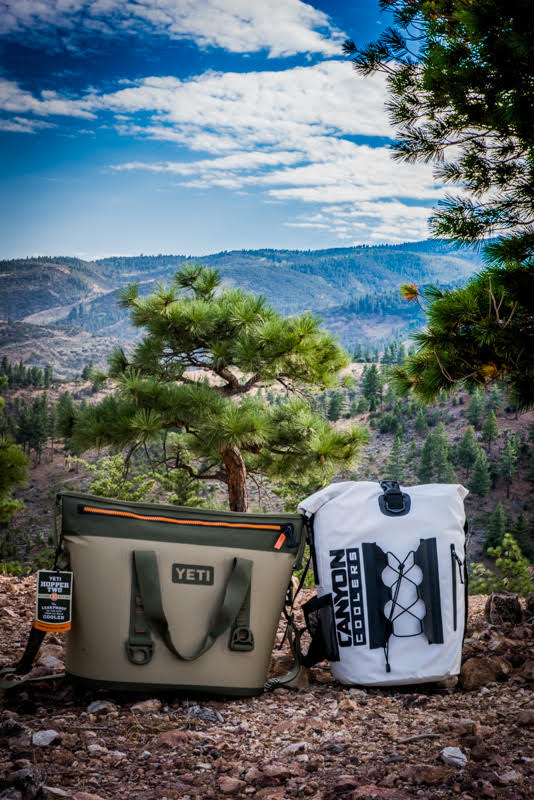 Soft sided coolers have been gaining popularity over the past couple years and for good reason; they are small, effective, and very portable. I have held out on this craze, thinking it might fall by the wayside. But time has proven me wrong so I decided to see just how good these coolers are. I looked at the two top companies in the business and compared similar sized coolers before putting them head-to-head to see just how long they can keep ice in the hot Nevada desert sun. 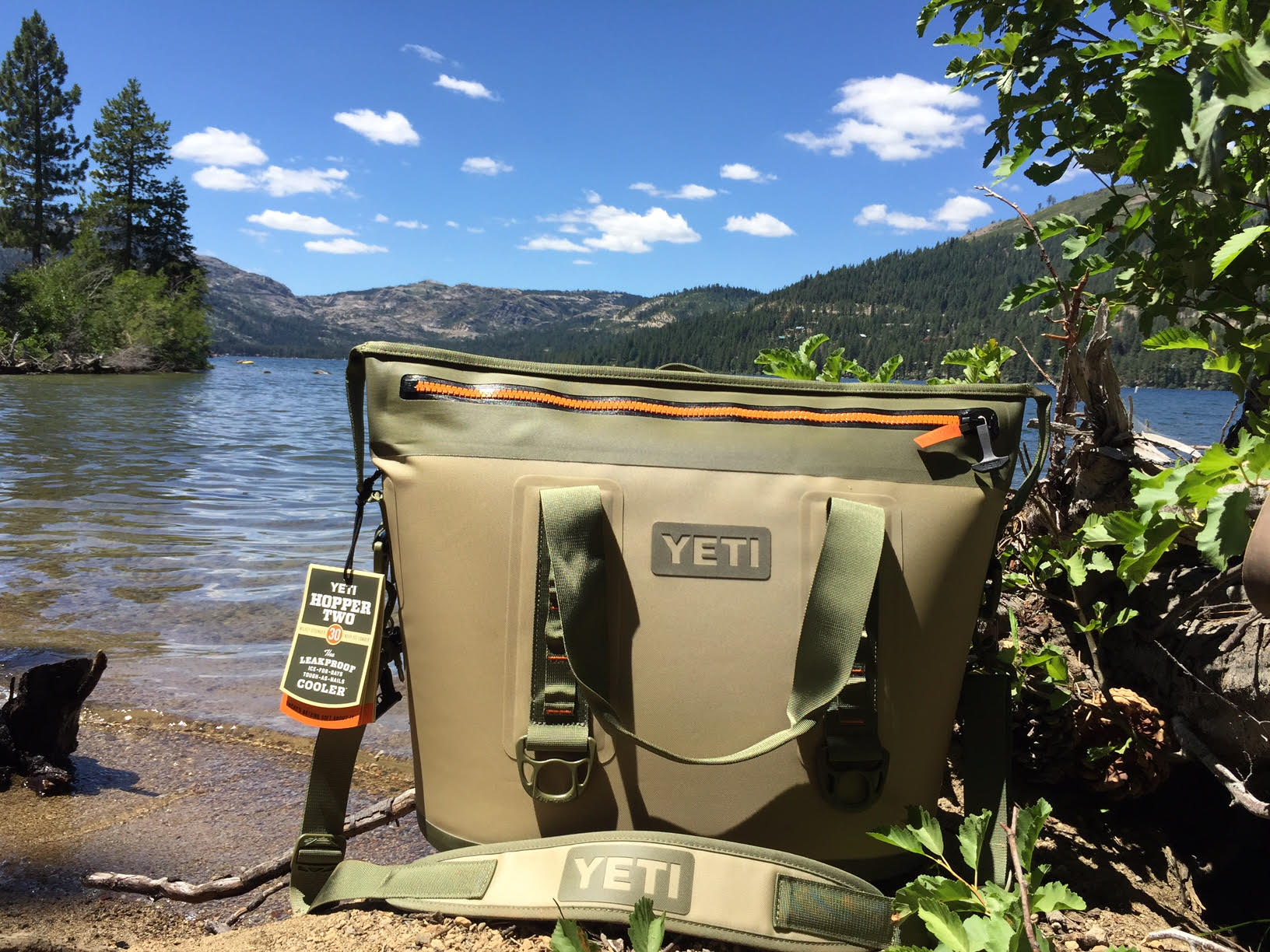 First up is the Yeti Hopper 2 (30). The Hopper might have been the cooler that started it all and the 2.0 is a fine-tuned machine. Yeti put handles in all the right places so this is easy to carry in almost any situation. The zipper states it is 100% leakproof and is wider than its predecessor, making it easier to get into. I still found it difficult to access with the small opening. When I went to retrieve an item, I had to use both hands to visualize what I wanted, then dive in with one hand to get it. The shoulder strap has the same quality built in as the bag it holds. It is very comfortable but hard keep the bag behind you when using it to free up space to carry other items in your hands. 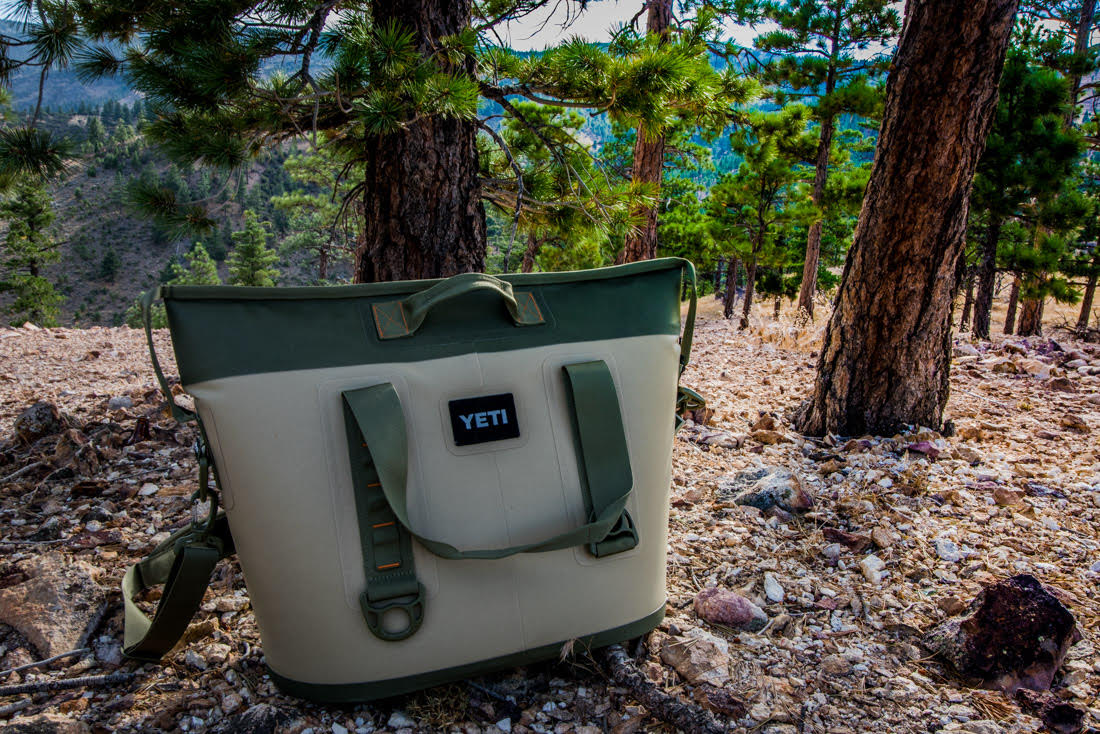 They advertise holding 30 pounds of ice but I would say that is pushing it a little. While it did soak up a 20-pound store bought bag, I couldn’t see stuffing 10 more pounds in there. 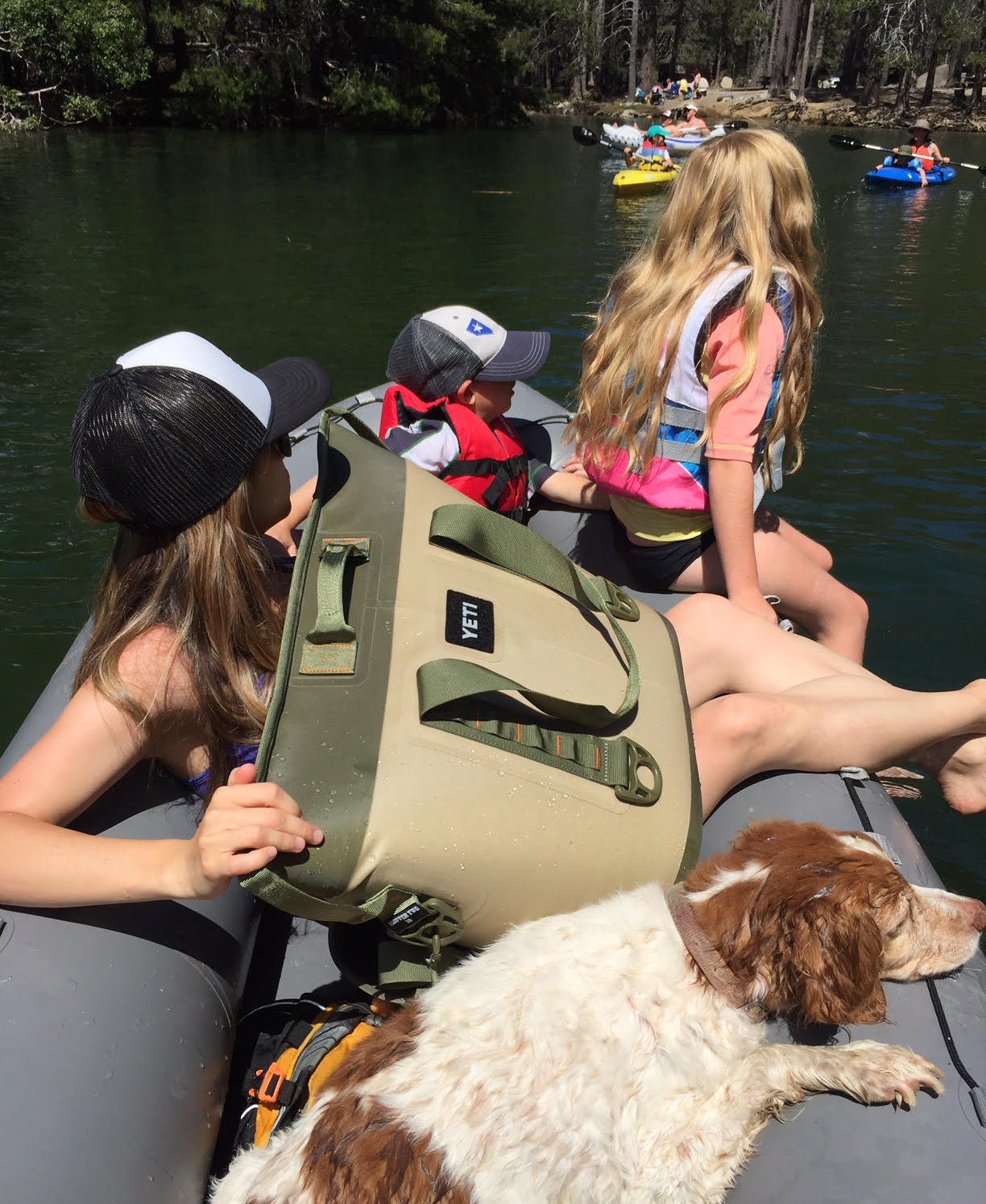 Overall, this bag is great to throw in the back seat of your truck on a road trip or on a day trip to the lake where you are walking limited distances. Yeti builds a tough, quality product and this is no exception. They take pride in the fit and finish and it shows on the Hopper 2. 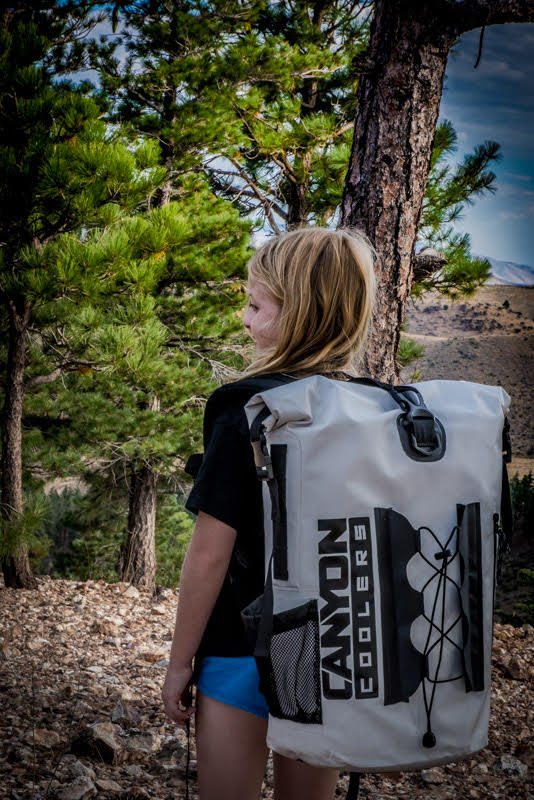 Our second cooler was the Canyon Coolers Quest 25. This is a prototype and you can expect it to be available for purchase in October. Canyon Coolers has the reputation of producing some of the best performing coolers in the industry for half the cost. The Quest series is no exception. This guy is a workhorse built with two things in mind; ice retention and functionality. 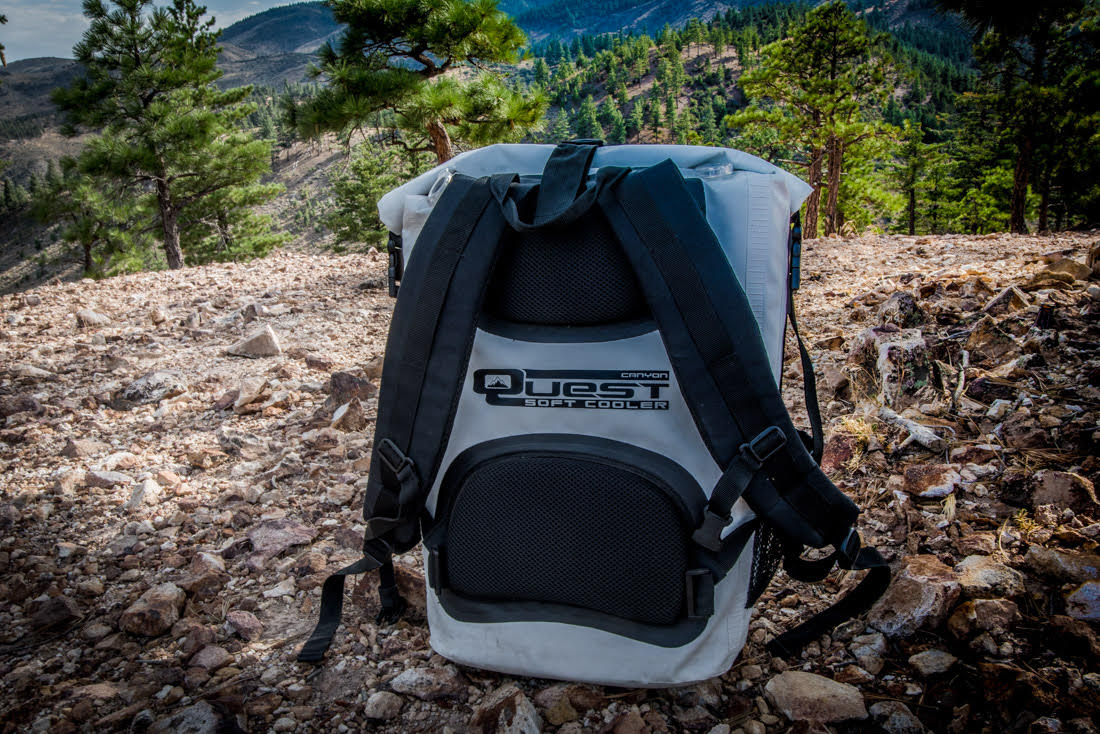 This is a backpack style cooler which I really like as it frees up your hands to carry other gear. The roll top lid is quick and easy to access your items and it stays open so you can see what you are reaching for. Canyon coolers installed two plugs up top. One to get the air out of the compartment, the other to get air out of the insulation area to help improve ice retention and overall size when filled. You will find a mesh bottle holder on one side and a bungie system on the back to hold clothing or whatever else you can think of. You will also find a zip-up pocket large enough to hold a phone and a set of keys. 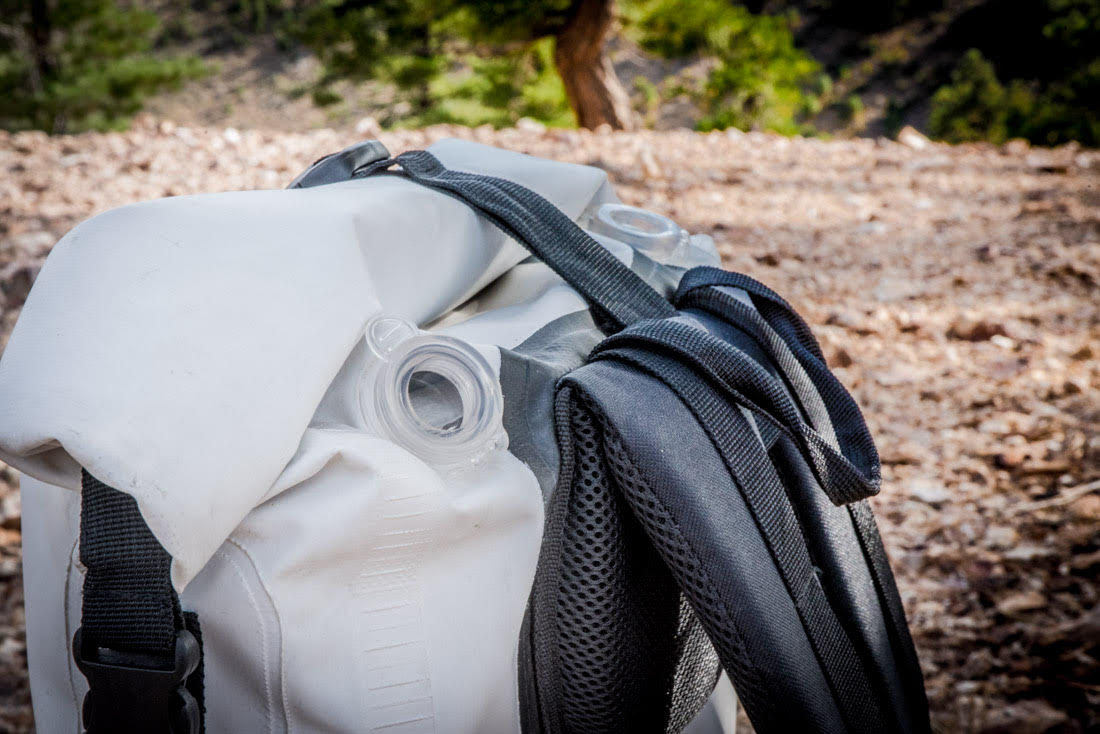 Along the sides are looped webbing for attachment points. My OCD does kick in as one side of the coolers’ roll top strap is longer than the other. It bugs me; however I see the reasoning behind it. They wanted to give you more attachment points but limited on the side it has the bottle holder. The padded shoulder straps and sternum strap are very comfortable along with the built-in lumbar pad.

Overall, this should be your go to bag if you have a little hiking to do or when Murphy’s law puts your kids’ soccer game clear on the other side of the sports complex.

The Canyon Coolers Quest 25 will have an MSRP of 140 dollars when released in October from Canyon Coolers. They will also be available in Sage Green as well as White. 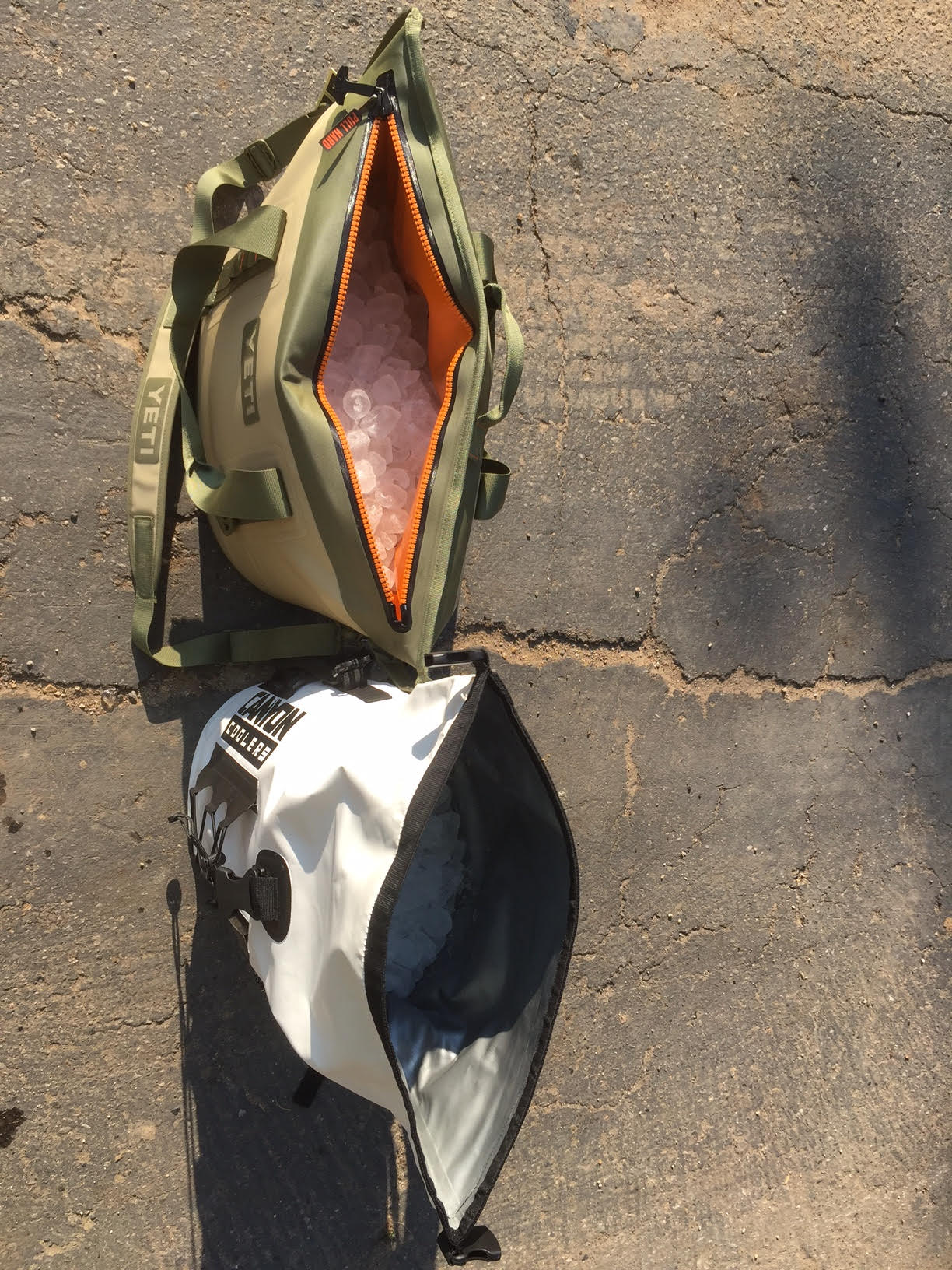 My spare time has been consumed by building an addition on my house, so what better time to put these head-to-head. I slammed 20 pounds of ice in both coolers and set them on my asphalt driveway side-by-side to be scorched by the Nevada sun. I honestly felt bad as the surface temperature on the asphalt was 150 degrees at one point. To be honest, I thought one day of that and this contest would be over but I was mistaken. It took a total of two days & four hours for the Canyon Coolers Quest 25 to succumb to the torture, while the Yeti Hopper 2 (30) lasted two days & eight hours to take the crown of ice retention. Over those 3 days, the temperatures saw highs averaging 96 degrees with lows averaging 65 degrees. 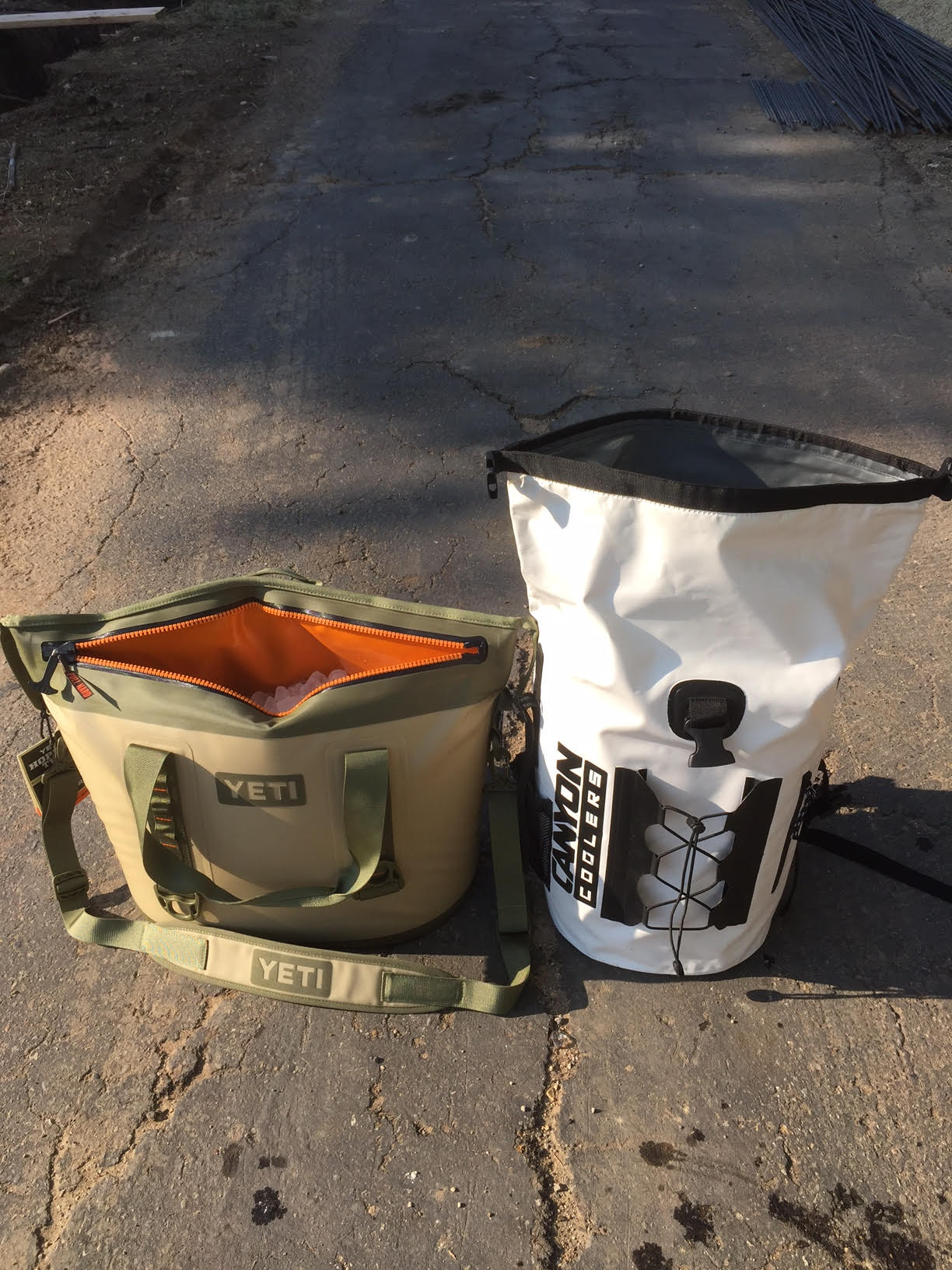 These two coolers took a licking and I was truly shocked by the performance of both. I now see what the fuss is all about in the soft sided coolers and BOTH of these coolers have earned a spot in my gear arsenal.

You can ask Travis questions about the article here.