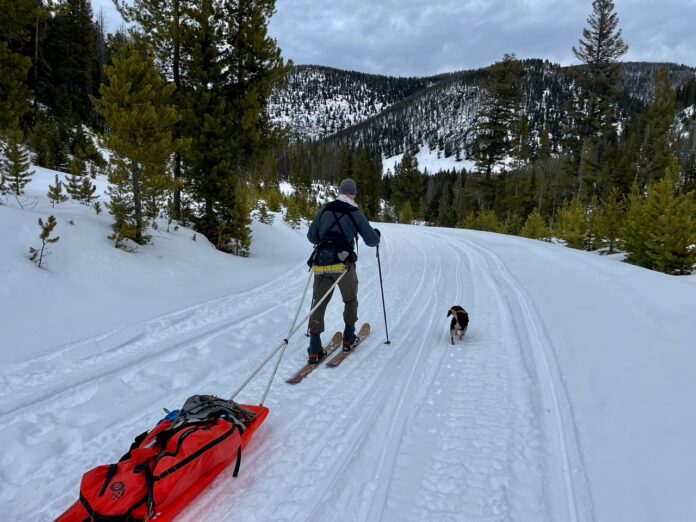 I was using a Sitka Kelvin Active Hoody, which performed very well, but lacked full sleeves for later in the season.  There is a Sitka Active jacket with full sleeves, but lacks a hood; I use a hood much too often to do without one.  Enter the Arrowhead MDWi-full length sleeves and a hood. See it here. 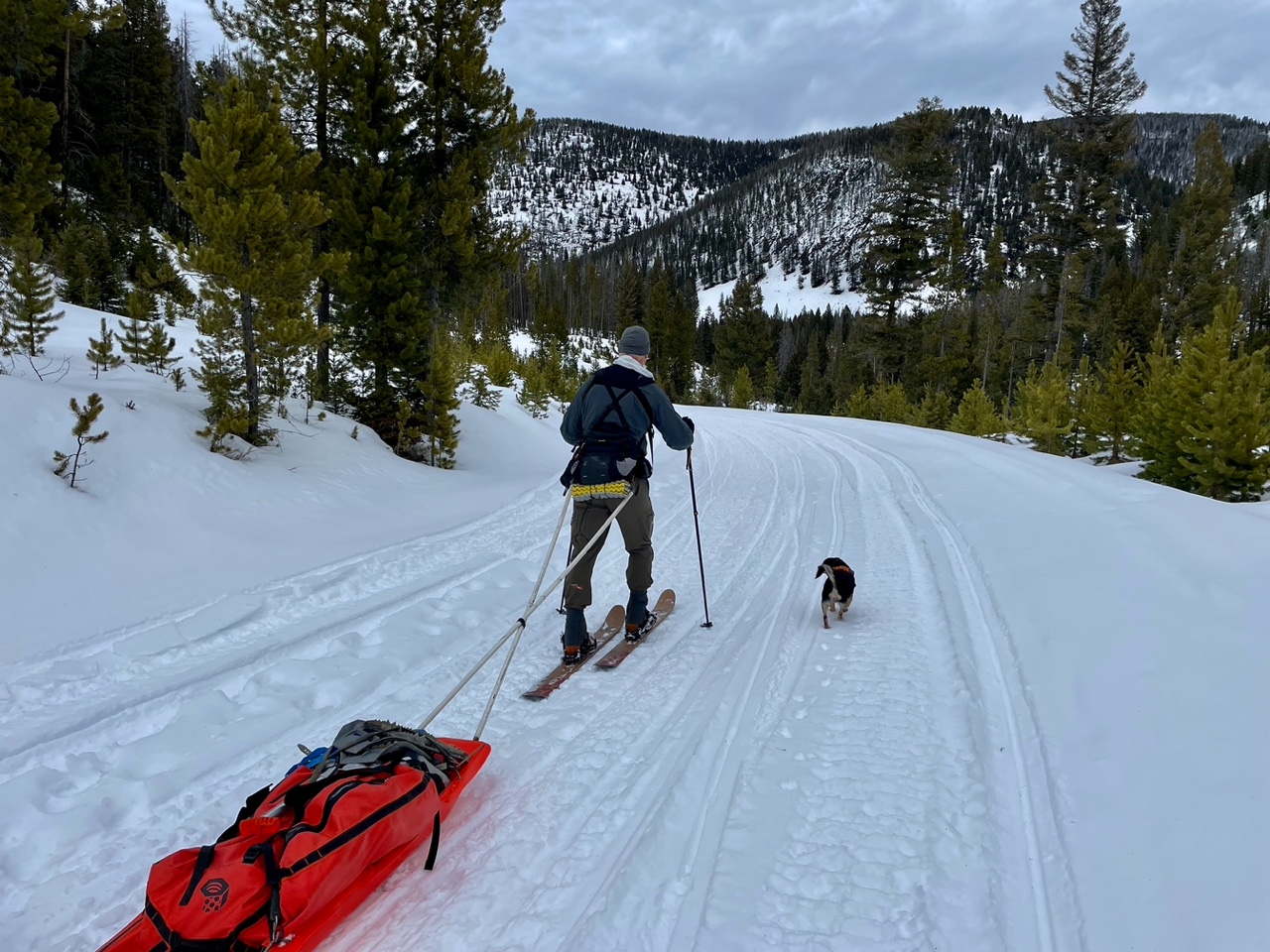 Alpha was/is a great insulation and was quickly adopted by several outdoor clothing manufacturers.  I have tried numerous Alpha garments over the last several years.  While some were good, most missed the mark.  It wasn’t the fault of the insulation, rather the choice of fabrics used on the interior and exterior of the garment.  Many garments used fabrics that simply didn’t breathe well enough, defeating the Alpha’s superior properties of moving moisture.

Now For My Review

I received my jacket roughly mid-season and got to use it on several hunts.  Since hunting season, I’ve used it extensively hiking, backcountry skiing, and snowshoeing.  I’m probably closing in on 500 miles of use. 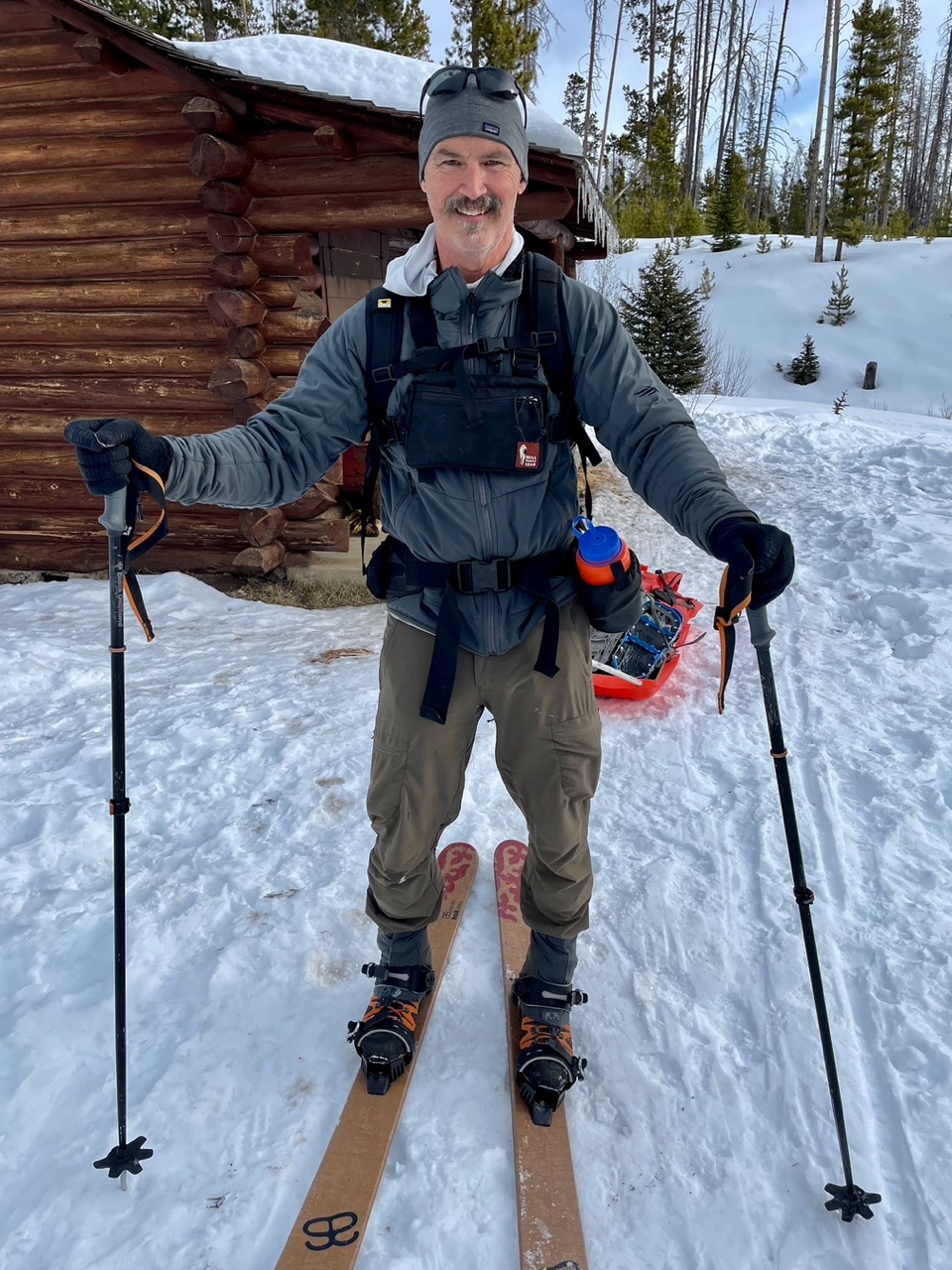 The Sitka Arrowhead Equipment MDWi uses 90 Alpha Direct- right in-between 60 and 120 weights (heavier the weight, the warmer).  Having used both 60 and 120 in other garments, I think 90 is the best compromise for a jacket that needs to be used for both high exertion and low (slow) exertion.

The MDWi uses a 30d fabric for the outer fabric.  One that breathes extremely well, but still sheds light winds/precip.  While still providing some protection for the insulation. The outer fabric is pretty quiet with a soft hand, probably not at the fleece-wool-quiet level, but close.  Makes sense as this garment was designed for use by Special Forces.  The jacket is offered in three solid colors—coyote, grey, and black.

The jacket uses a full-length zipper.  It also has two rather ample-sized zippered hand pockets, and a decent-sized zippered chest pocket.The hood is very well designed and fits snugly enough that it’s not going to blow off but still allows good peripheral vision.

I find the fit to be pretty spot on- just slightly on the trim side, which is my preference for a piece that is sometimes going to be worn under a wind shirt or hardshell. 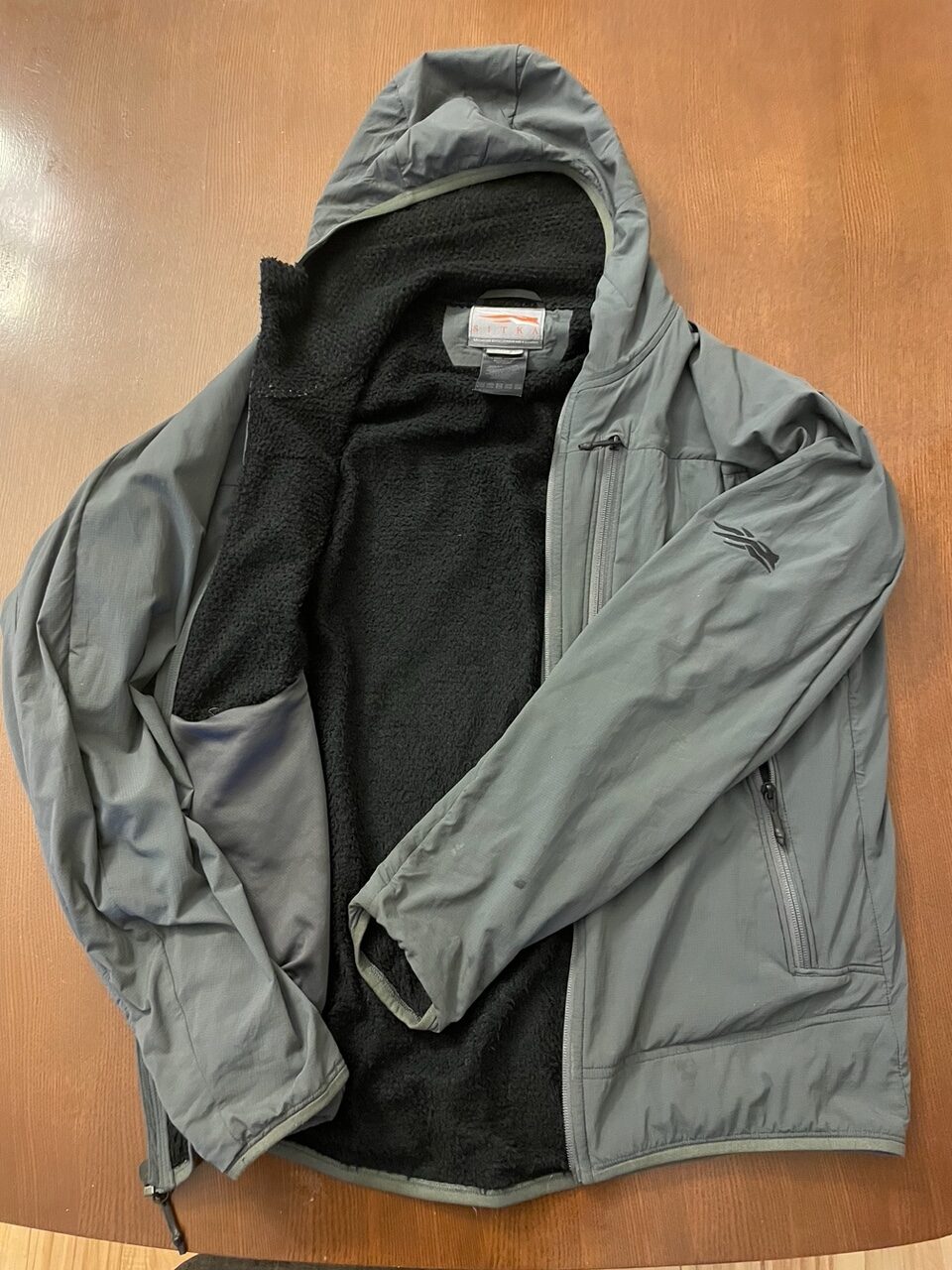 Active layers are a really tough nut to crack.  Maybe even more so for an activity like big game hunting: heavily exerting on a steep climb in the dark, followed by moving slowly through the forest still-hunting and with some luck, heavily exerting with a load of meat on the way out.  That’s a lot to ask out of a garment and frankly, there doesn’t exist a garment that is going to perfectly perform in all those scenarios.  But the MDWi hoody does a pretty damn good job of it.

I’ve used the MDWi hoody successfully in temperatures ranging from the mid 40s to -5F.  In windy conditions, I added a wind shirt.  The outer fabric provides some protection from wind, but it’s designed to breathe well, so that nixes any ability to shed heavier wind.  It also includes a DWR finish on the outer fabric and I found it to shed light precipitation (light snow in my use thus far) decently.  Anything other than light precipitation will require a hardshell or wind shirt. 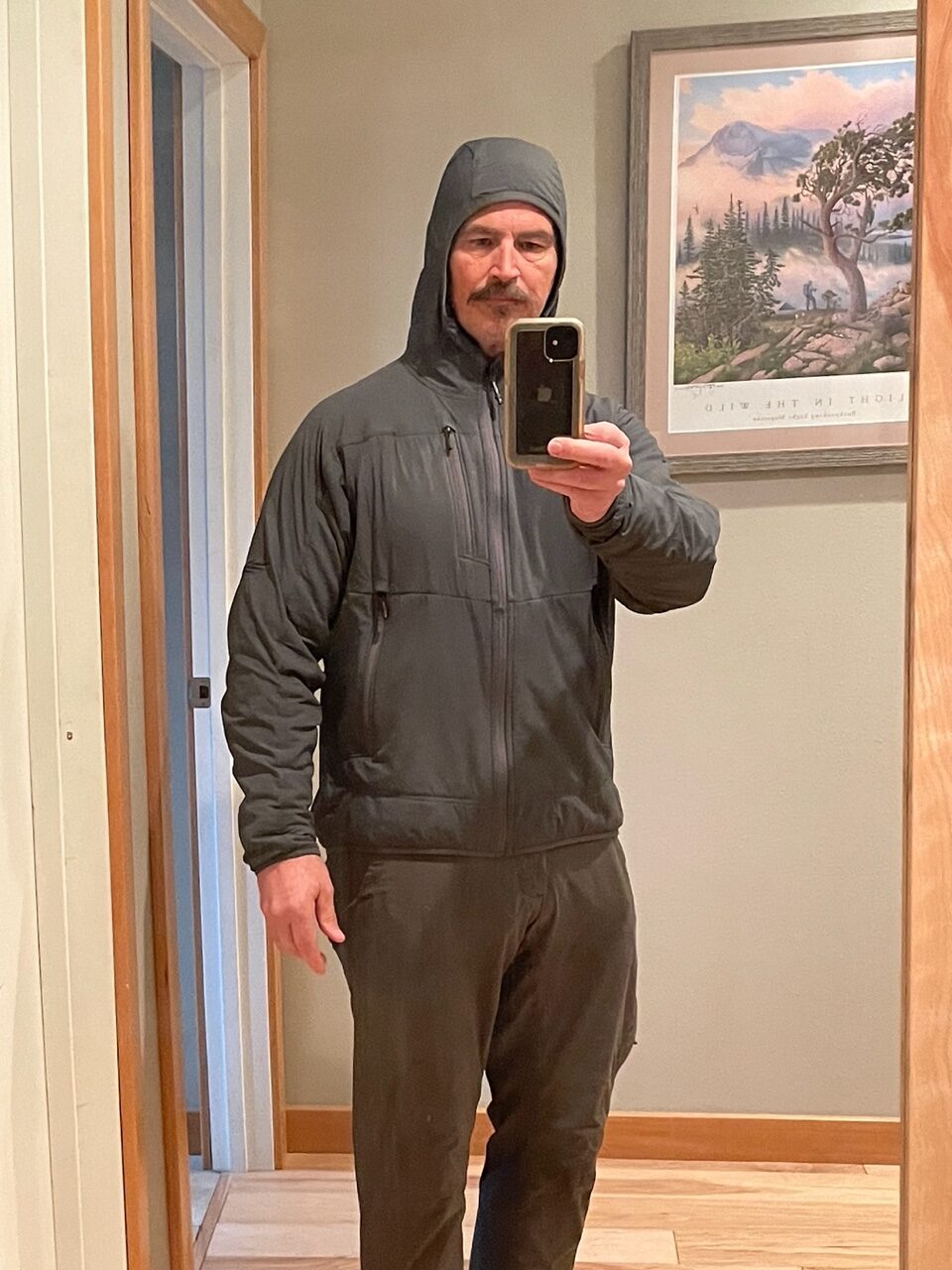 Under very heavy exertion I have overwhelmed the garment with sweat a couple of times, but what sweat developed dries very quickly.  This is definitely one of the most critical jobs of an active piece.  I do put a lot of effort into not sweating too much—starting out a little on the cold side with layers, knowing I will warm up quickly.  I’ll also be quick to lose my hat, gloves, unzip the jacket, etc—anything to dump/regulate heat. 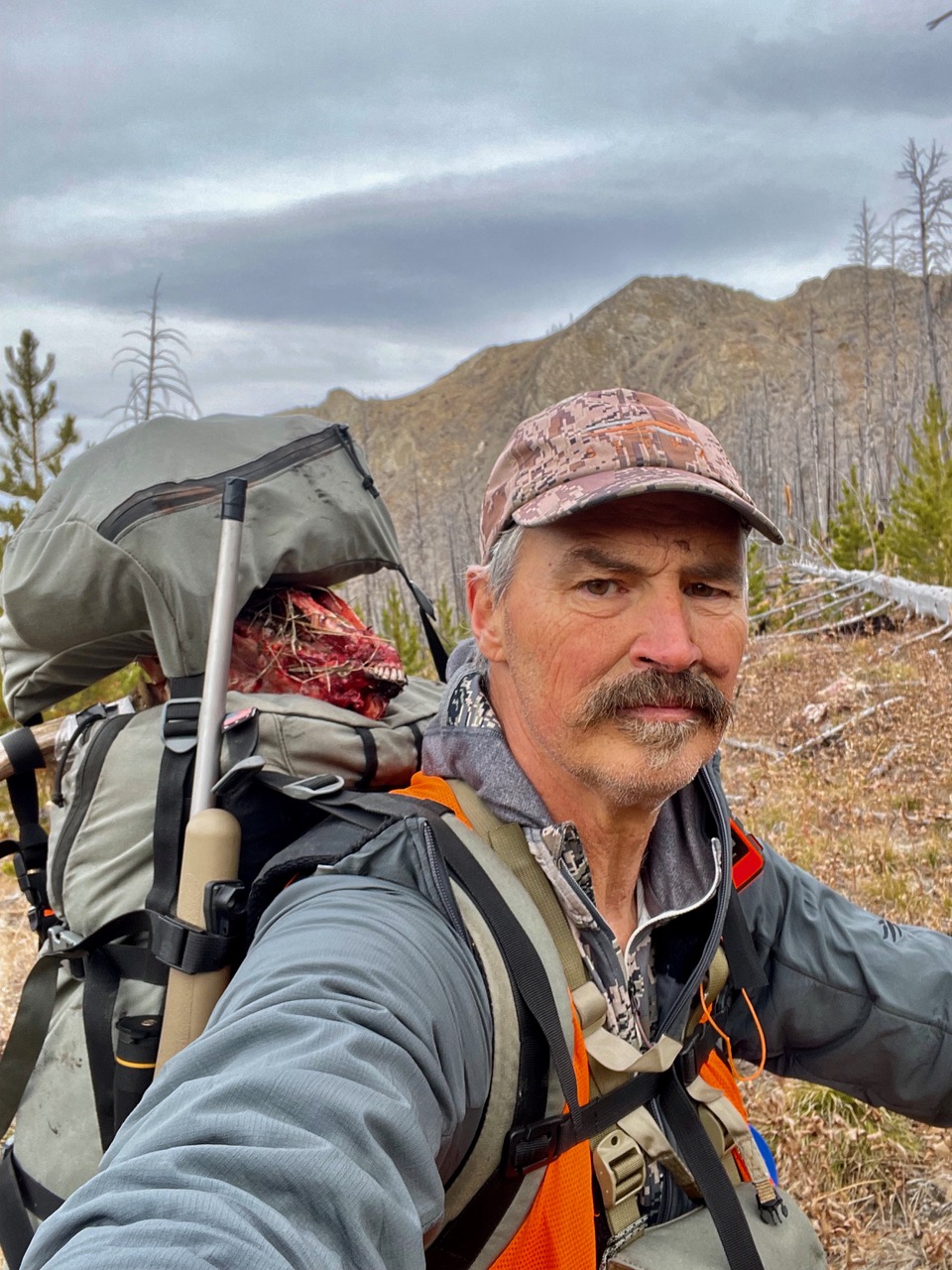 Comment on this review or ask Mike questions here.

Don’t forget to check out the rest of our clothing reviews.