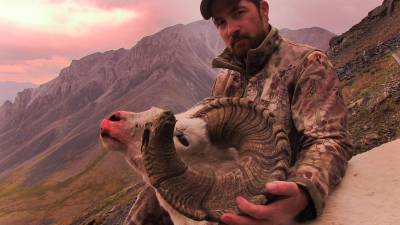 Rokslide sponsors are some of the leading gear manufacturers in the hunting industry.  Take Kryptek for example.  Their line of clothing provides top performance from scorching deserts to 16,000 foot mountain peaks around the world.  I’ve worked with Kryptek—founded by Butch Whiting and Josh Cleghorn—as a sponsor this last year but didn’t really know much about them.  Recently, I interviewed co-founder, Butch Whiting.  I wanted to know who Kryptek really is, where did they come from, and why Roksliders should consider their gear. 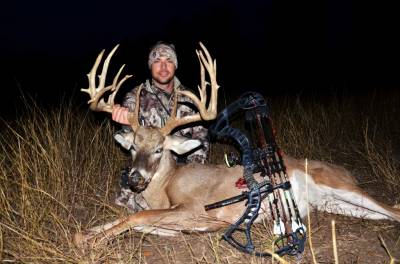 Robby: “‘Butch, I have to start at the top.  What does Kryptek mean?”

Butch: “Kryptek was derived from the Greek words Kryptos and Technology—kryptos meaning ‘Hidden or Secret,’ technology meaning ‘Art, Craft, or Skill”. Combined, we intended Kryptek to be ‘The Art of being Hidden’ – Hidden from the elements of Mother Nature—and ‘Secret Craft and Skills’ –superior field craft and skill sets shared by the elite.”

Robby: “You and Josh served our country, how and where?”

Butch: “Cleghorn and I have over 28 years of cumulative military experience, with numerous combat rotations and experience in Iraq, Afghanistan, and other areas of operations.”

Robby: “How did that service influence Kryptek?”

Butch: “While we were in the Ninewa Providence in Northern Iraq, we spent our downtime talking about our passion and desire for hunting big game in extreme environments—the type of hunting that pushes you physically and mentally.  We found we had a common interest and attitude.  We knew the skill sets needed in combat are applicable to the hunter.  We wanted to apply our experience and passion somehow to the outdoor world.  The concept of Kryptek was born at that moment.

Robby: “OK, so how did you bring that dream from the “Battlefield to the Backcountry?”

Butch: “We wrote a 25-page business model, with the title “Battlefield to Backcountry”, that took features and concepts that had been refined in Spec Ops gear, and offered into the hunting market.  Cabelas got a hold of the model and loved the focus of combining the tactical demographic with the hunting demographic.  Suddenly our business model was in 11 million catalogs in year one.  We were off the ground and into orbit.”

Robby: “Are you still with Cabelas?”

Butch “Yes, but the agreement, ironically enough, kept me from selling in my base state of Alaska- an extreme environment where our clothing is really needed.  We are now able to sell here as our exclusive with Cabela’s has expired.  We will be sold through all four Sportsmans Warehouses in Fairbanks, Wasilla, Anchorage, and Kenai.  We will also be selling through Dick’s Sporting Goods, Sportsman’s Warehouse, Scheels, and Cabela’s in the lower 48.  And then of course off our website.  Some of our product will be sold only of off our website.”

Robby: “What is it about Kryptek that should cause hunters to consider your gear?”

Butch: “Our research and development team maintains close connections to the military—the ‘tip of the spear’ SOF operators, who depend on their gear, and can literally mean the difference between life and death.  These elite warriors are the ultra pro-staff and primary test bed for Kryptek…conducting operations in extreme environments and conditions.  They are the lifeblood of the company…The Kryptek R&D Department is what separates us from the competition.”

Robby: “Is there anything new and exciting coming up?”

Butch: “In addition to improvements across the board, we have several new SKU’s coming out in June of this year, dialed in for Ultra backcountry adventures.  Favorite is the “Dalibor” Light Weight Soft Shell that we have been field testing here in Alaska for the last three years. New Lightweight Rain Gear and Vests for the ounce-counters, along with a sure hit, the new “Borealis”.  It is a Hybrid shirt made with Merino Wool and Primaloft ergonomically placed for carrying a backpack.  Our 2013 New Zeland Merino Wool base layers are also going to be extremely well received with our perforated ventilation panels.”

Robby: “Is there anything really unique or different that we don’t know about Kryptek?”

Butch: “Our camo patterns have been extensively tested by the U.S. Army, and potentially will be the new camo for the U.S. Conventional Military.  We also have full blown programs with SPEC OPS units. It is extremely effective.  While this is still just my opinion, it should be a definite consideration for archery and rifle Hunters who are pursuing Tier 1 ungulates such as Sheep, Goats, and Pronghorn.  With that said, it is just a ‘paint job’ so to speak.  What really matters is the performance of your gear, which we are extremely confident in. 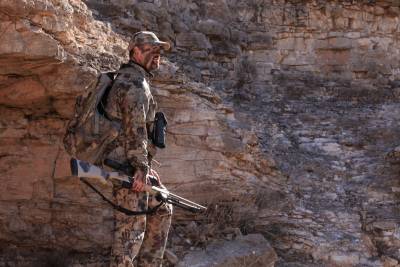 Who Is First Lite?

Who Is Amy Hanneman?