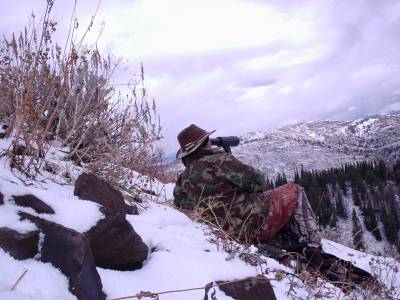 I’ve written a lot these last few weeks on hunt planning and the western draws.  If you’re just tuning in, review those blogs.  I’d now like to share my personal application strategy in hopes it might help you in some way.

We were hoping to get this blog started by January 1st so we could be ahead of the deer application deadlines for the western states, but with the business side of Rokslide taking so much time, it didn’t happen.  However, I still think it’s worth diving into although the Utah, New Mexico, Montana, and Wyoming application deadlines have passed.

The Arizona deer application isn’t due till late June, but I start my application season early January by applying for my license in the elk/antelope draw.  That way, I can get a bonus point for elk for less than 10 bucks.

I only hunt deer at this point in my life as it takes so much time to be successful.  However, gagger bull elk are an incredible animal, and I’d like to have a little opportunity in the bank for when I’m older.

Arizona’s class G, General Hunting License runs $151.25  and is non-refundable.  The license is a good value to me for two reasons:

1)  I have seven deer points and the hunter education point and the loyalty point, so I’m worth nine.

The best hunts for big deer in Arizona are the late hunts north of the Colorado River.  However, with the current bonus point system almost guaranteeing that the allocated non-resident tags go to the max-bonus point holders, I have zero chance of drawing them.   However, there are big deer available on earlier hunts and with different weapons that can still be drawn.

If draw odds continue to worsen across the West, I may be wasting money like I have in  Oregon and Montana, but at this point, I’m staying in.   Interestingly enough, with Arizona’s deer application not due until late June, some years I only apply for points as I’ve already found out I’m going hunting somewhere else.

Utah is next on my list.  I have 13 deer bonus points there, which sounds like a lot, but in reality, it’s not. I’m in a virtual no-man’s land—too many points to waste but not near enough to land a great tag.  As their license averages $30 bucks a year, I’m going to stay in the game.  I applied for a great tag there this year, but am just planning on the point.

I also kick in the extra few bucks for Utah’s general season preference point in case things ever change and hunting improves.  However, I’m well aware that thousands of other hunters are doing the same.  My future draw odds aren’t that great, but it fits my budget, so I do it.

New Mexico (NM) used to be on my list for one of the low-odds draw tags as they didn’t charge much up front and they don’t have a points system, so my chances were as good as anyone’s.

In 2012, NM began requiring a $65 non-refundable license to apply (correction, the license fee is refundable, but the $20 app fee is not, my mistake).  Although there was chatter that draw odds might improve due to the price increase, draw odds on the good hunts actually plummeted by 50%.

This happened, in part, because NM cut the non-resident DIY quotas in half, from 12% to 6%.  I’m glad I saved my money.  For now, I’m done with the Enchanted State.  If you live close to NM and are willing to scout, it could still be worth hunting their non-premium units.  Like all states, not all the big bucks live in the draw units.

Things change yearly that affect your opportunity, both good and bad.  This is why you have to stay on top of all the states where you apply.

I’ll cover Montana, Oregon, and Wyoming in the next blog.